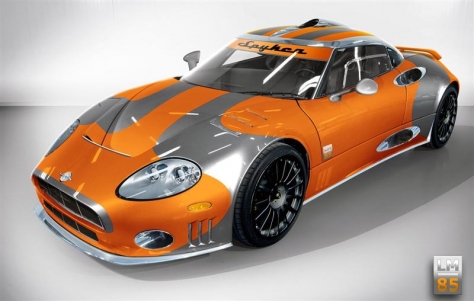 Alexander Antonov, the owner of exotic Spyker Cars (not to be confused with the the famed guerilla leader from the Russian Civil War), was shot in an assasination attempt while leaving his home last week. A gunman opened fire on Antonov and his bodyguard hitting him 7 times and his bodyguard once. Antonov was shot 5 times in the stomach, once in the chest and lost a finger. His bodyguard was struck in the leg. Both are still in intensive care but expected to live.

Antonov is a Russian billionaire who is chairman of the board of the Konvers Group, a large banking outfit. The motive is believed to surround his financial dealings and not to the controversial styling of the Spyker car lineup.