SpeedART Emboldens the New 911 Carrera S with the SP91-R 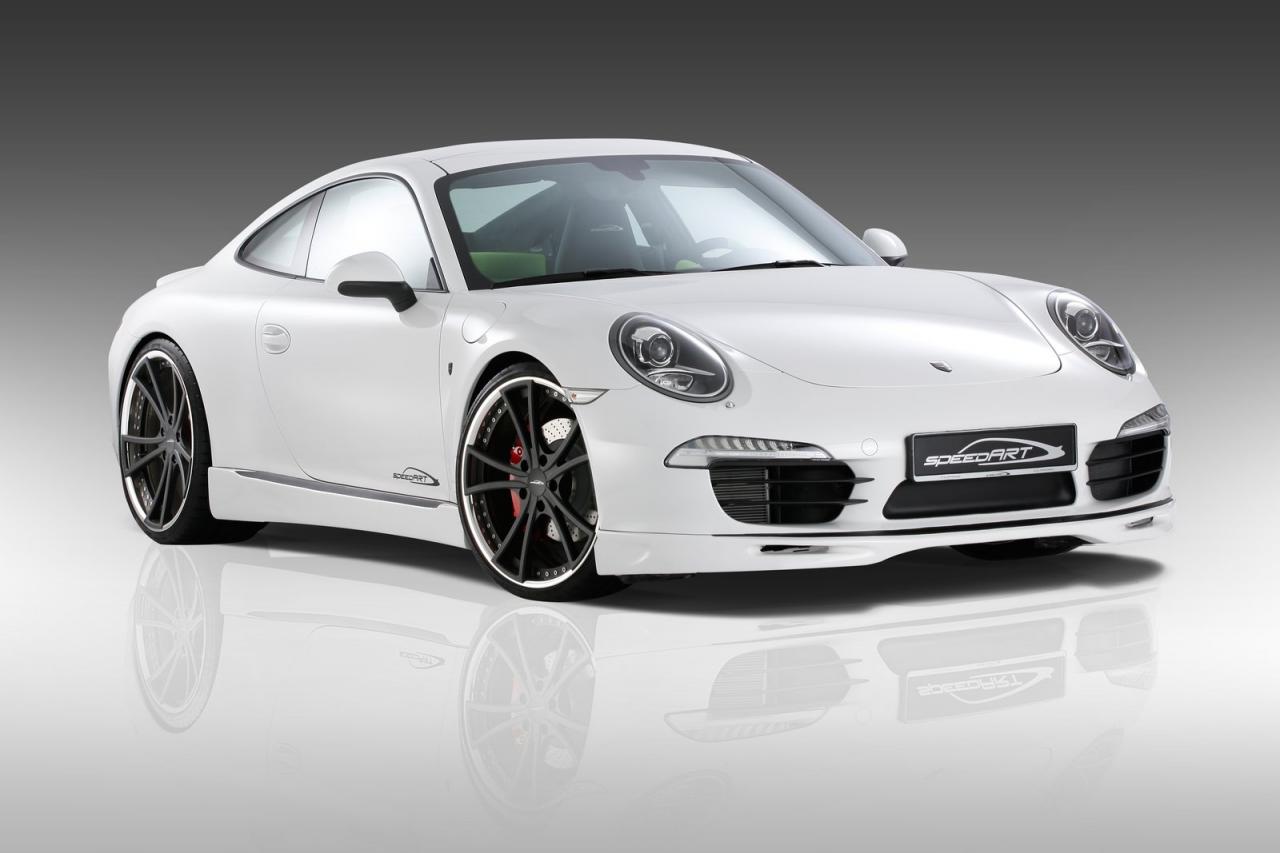 The passing of Ferdinand Alexander “Butzi” Porsche – designer of the original Porsche 911 – on Thursday got us thinking about Porsche’s longest-lived model line, both where it’s been and where it’s going. It’s been through numerous evolutions and revisions over the last 48 years, and the AWD Carrera 4 and high performance versions (Turbo, GT3 and GT2) of the current 991 generation are on the horizon.

But until those hotter 991s are ready to go public, though, enthusiasts will have to be content with normal Carreras that have been hopped up by aftermarket tuners. We’ve already seen quite a few companies release upgrades for the newest 911, ranging from mild to wild. And while the SP91-R package from SpeedART leans more toward the former than the latter, that doesn’t make it any less desirable. 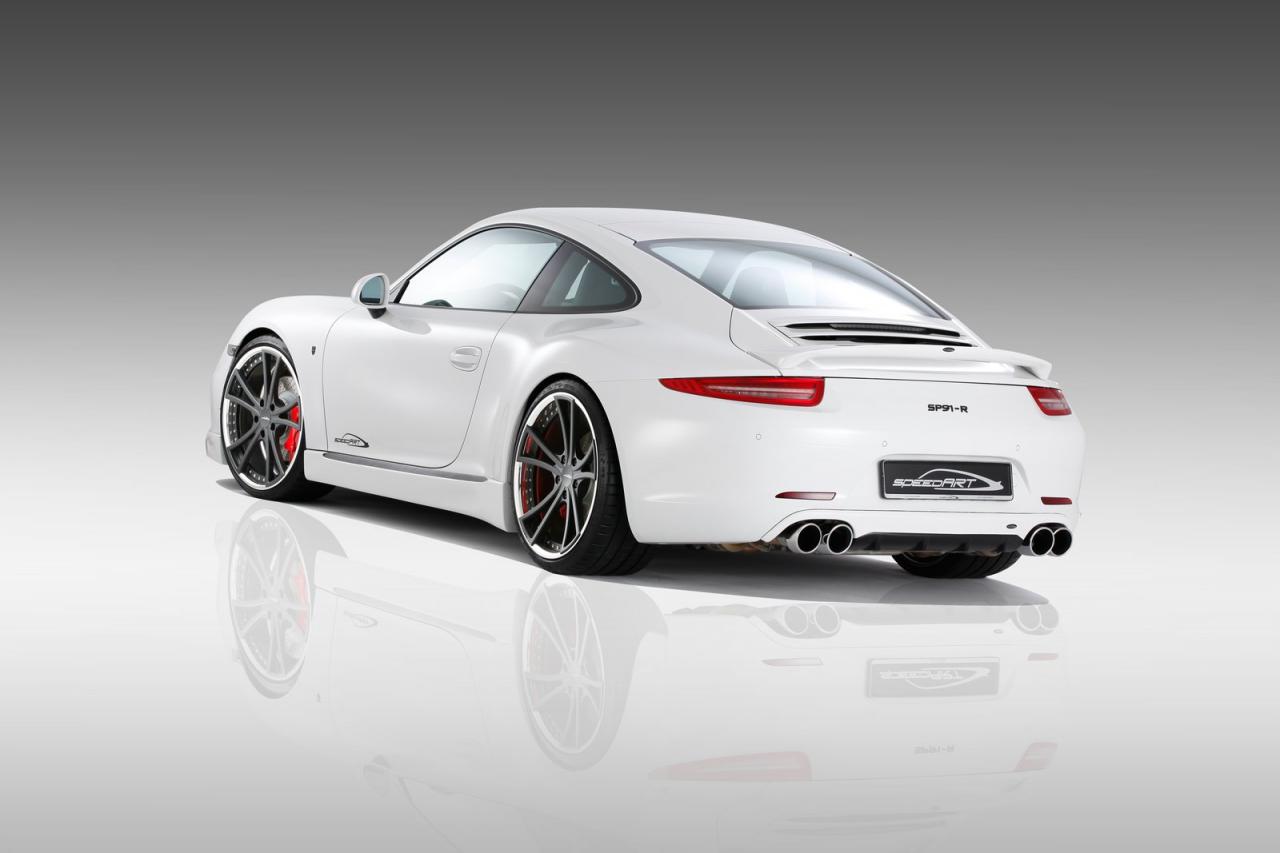 The SP91-R’s exterior tweaks aren’t lavish, but they are effective. The aero package fits air dam and side skirt extensions, plus a rear diffuser and a rear wing that sits atop the stock pop-up spoiler. The wheels are SpeedART’s own LSC alloys, measuring an elephantine 21” across and available in a variety of colors for both the rims and centers. The final deviation from stock that’s visible from the outside is the quad tips of the sport exhaust system. 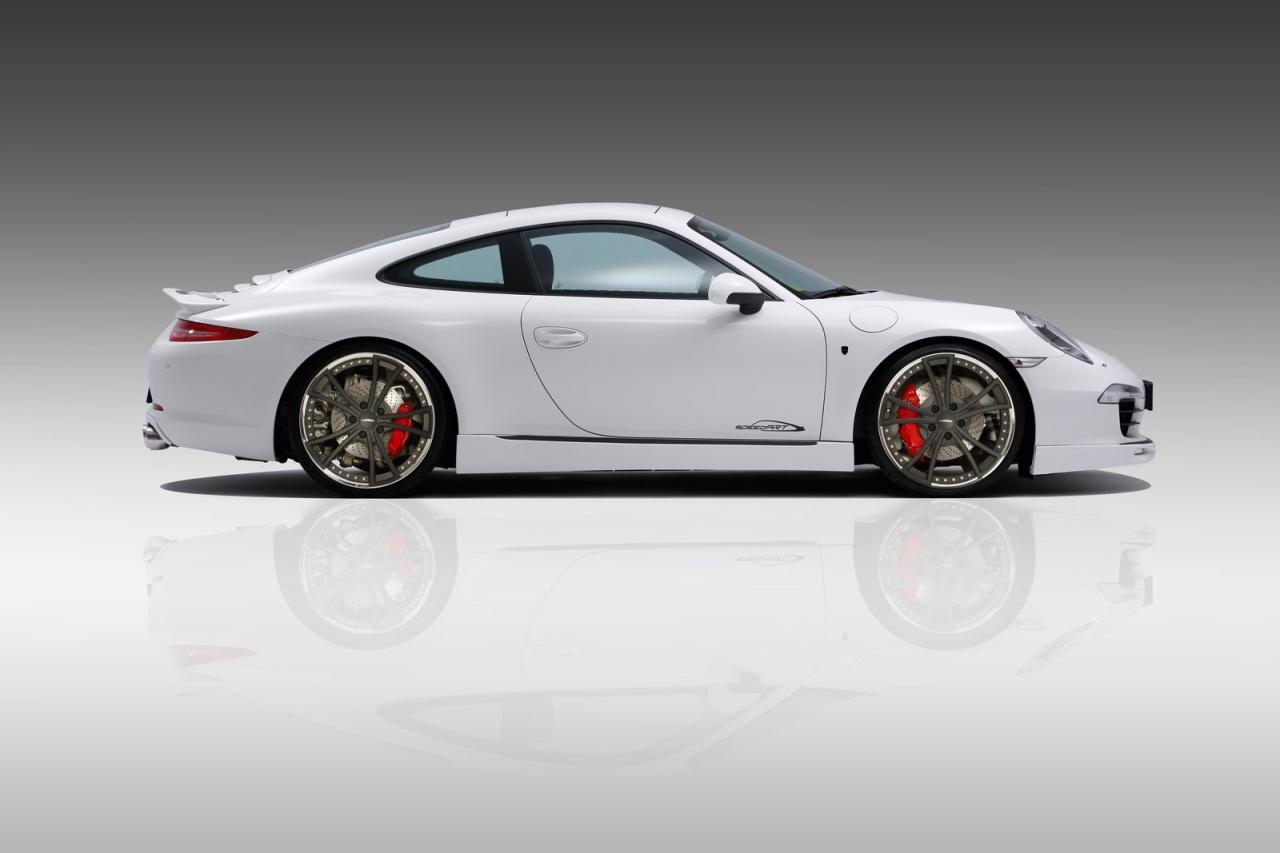 That exhaust system is also one of two powertrain tweaks, the other being an ECU reflash. The net result is an extra 25hp and 15 lb.-ft over the showroom-fresh model, or 425hp and 340 lb.-ft total. No word on how much faster that extra muscle makes the Carrera S, but we’re guessing it’ll shave a tenth or two off the 4.3 second 0-60 mph time and add a couple notches of the speedometer to the 188 mph top end. 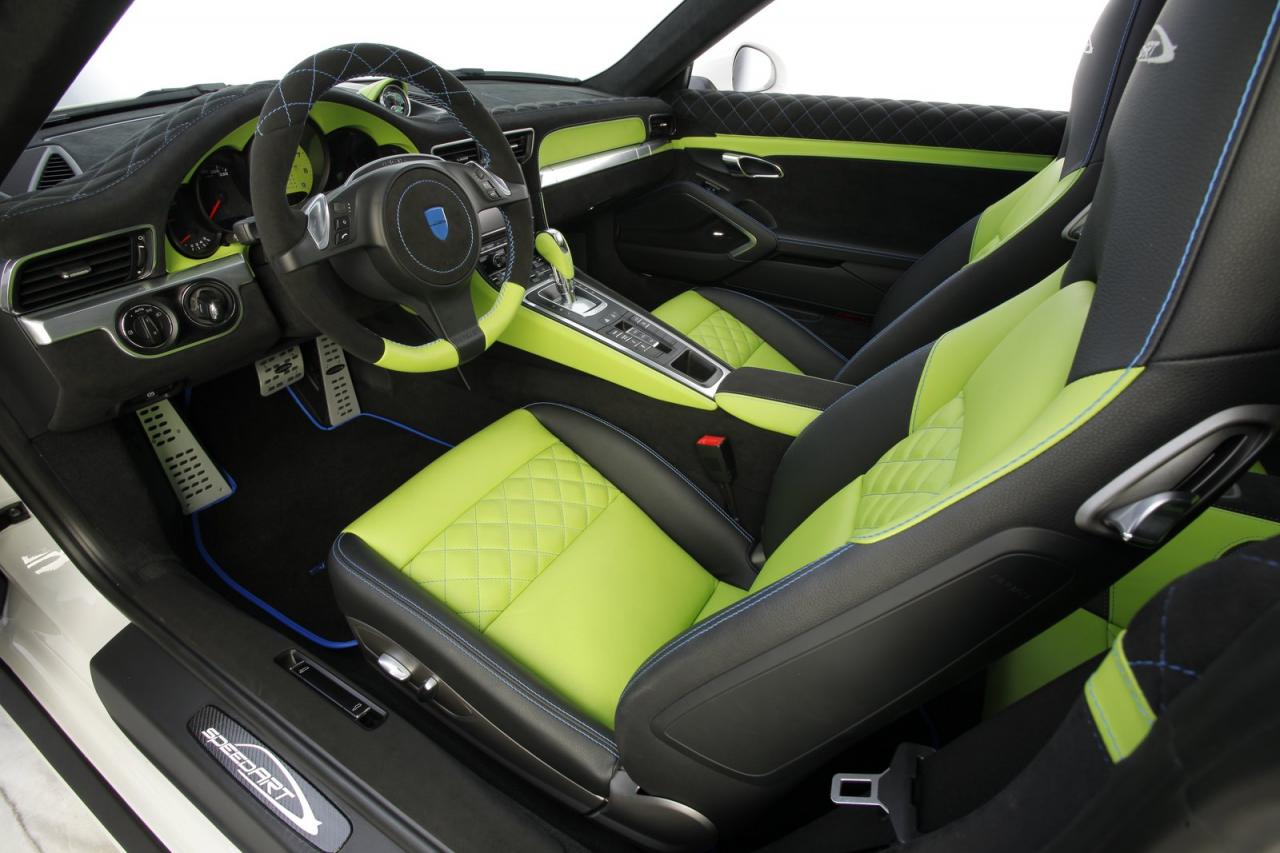 Of course, you don’t have to be flogging it to appreciate the revised interior. SpeedART will re-trim the dashboard, door panels and seats in any color combo of leather and Alcantara your little heart desires. The black and green with blue stitching and piping scheme pictured isn’t for everyone, but we find ourselves inexplicably drawn to it. Of course, we probably can’t afford the SP91-R package, much less a new Carrera S on which to install it, so your retinas are safe, boys and girls. 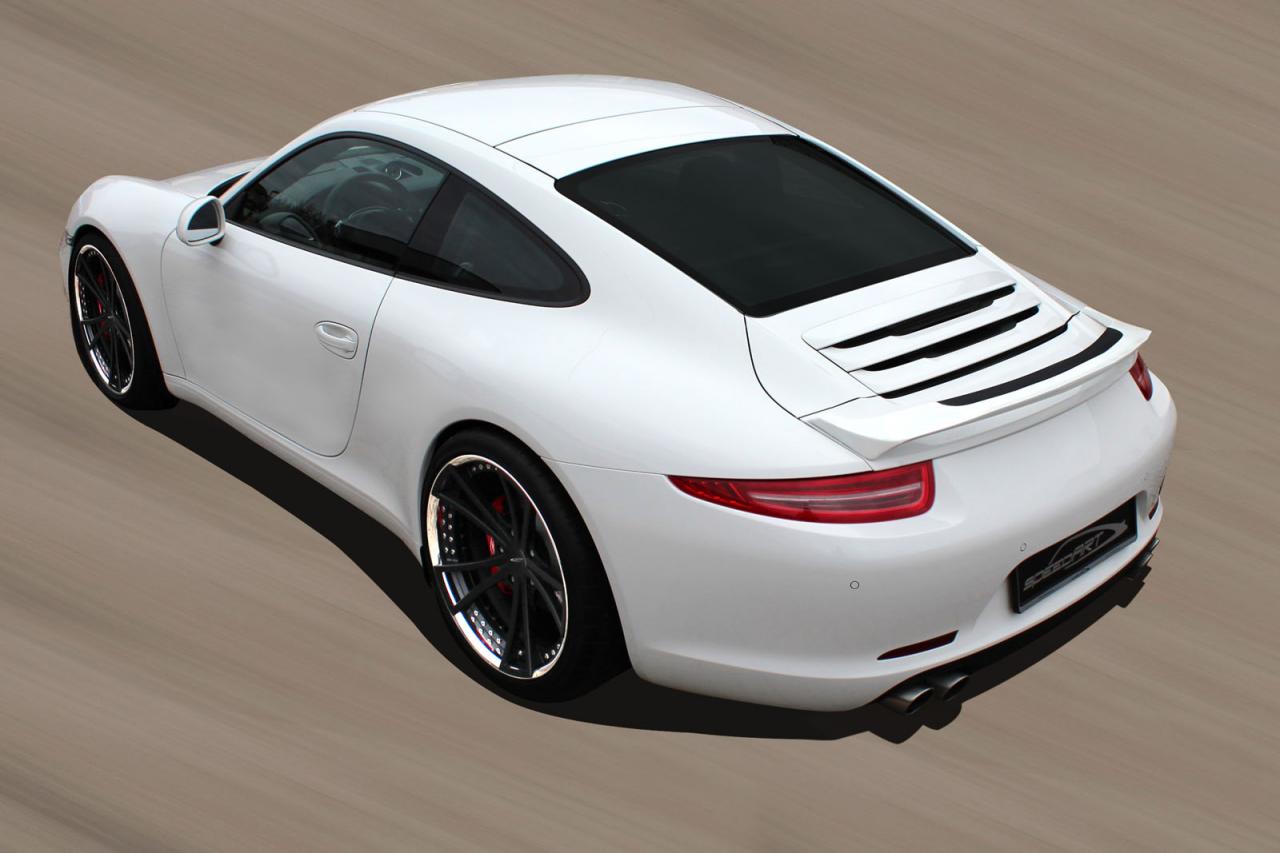 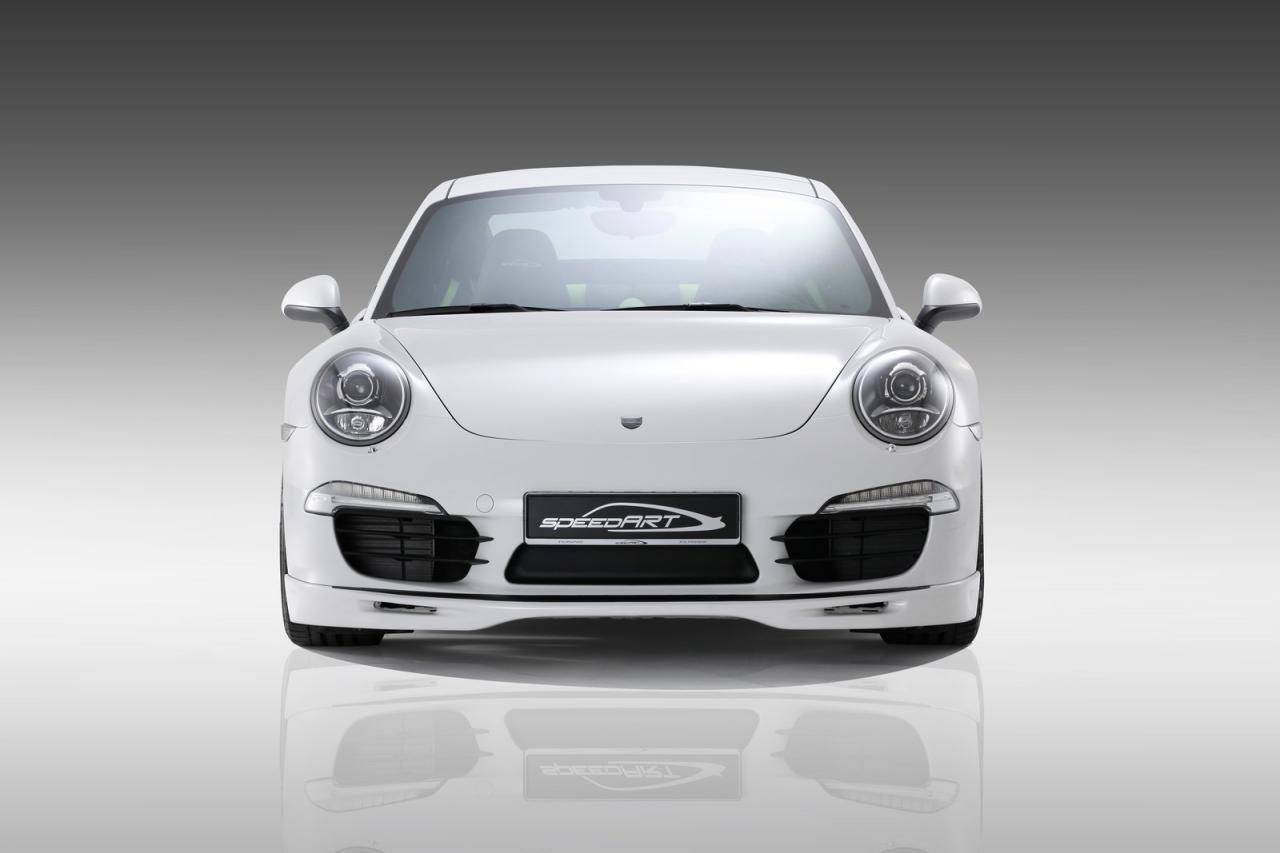 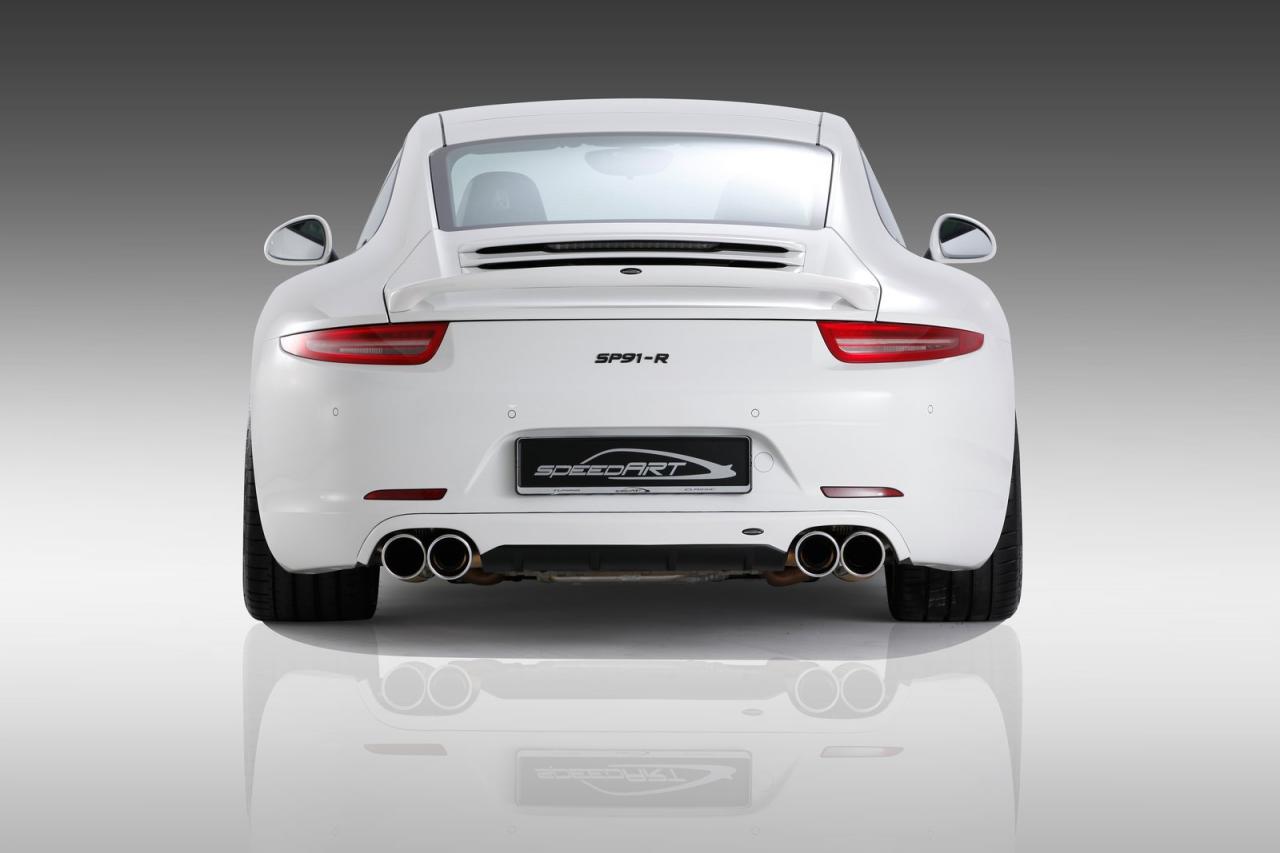