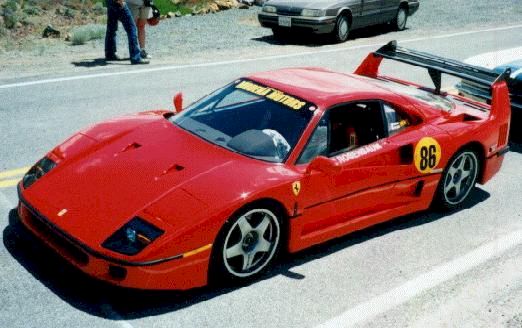 Nevada is known for being a place where some of our strictest laws are thrown away in the name of fun and excitement. But if you don’t like gambling or empty deserts, there isn’t a lot of reason to go there. Spectre Performance has teamed up with FM3 Performance Marketing to change that, by bringing back a hill climb event, called The 1st Annual Speed by Spectre 341 Challange. It’s a hill climb event based in Virginia City, NV. It was originally started in 1972 to give the Ferrari Owners Club (FOC) a place to drive the beans out of their cars.

This is an event that provides no monetary reward, but will happily feed you all the adrenaline you can stomach. This is not a rally race, or a track day, or even a targa event. It’s more like doing a lap of the ‘Ring only it’s uphill and there aren’t safety walls. No money, no TV coverage, no hot girl waiting for you at the finish line. 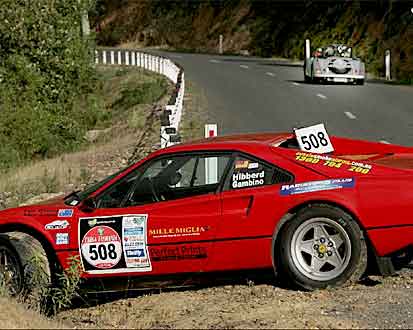 Any street legal car can enter, provided it has the necessary safety modifications done (cage, fire extingusher, OS bag…). Drivers will then tear up a 5.2 mile course, hoping to escape death and find glory at the top.   The 3:41 Club is a club for anyone who has ran the course in less than 3:41, which translates to averaging 85mph. Think of your favorite mountain road. Can you drive it end-to-end averaging 85mph? I know I’d be clenching so hard my cheeks would fuse together.

These drivers aren’t the average weekend warrior; they are serious racers packing industrial strength skills with cajones to match. When you’re going around a 25 MPH corner at 85, you better have a lot of both. The cars must be street legal, but modifications are advised. A previous competitor brought a supercharged NSX, yet said, “I felt like I had walked into a saloon with a .38 and everyone else had brought a bazooka.” The top guys have guns named RUF, Ferrari, and Viper, none of which are stock. For a driving enthusiast, this beats the hell out of black-jack and a buffet.

You can read the full scoop in the press release below, and should you fancy the most exciting weekend of your life, learn more at their website. Now, who has a spare 997 turbo I can borrow for 2 days?

Ontario, Calif. (Feb. 5, 2010) – Spectre Performance is proud to announce the return of road racing competition to one of the most infamous and challenging mountain roads in America – Nevada Highway 341 – for The 1st annual Speed by Spectre 341 Challenge. The race, scheduled for June 25-26, 2010, will pit the world’s fastest street cars against the clock in a full-throttle blast up a mountain road, which will be closed to the public for the event. The challenge will include Pro-Touring Street Machines, European Exotics, and Highly-Tuned Imports competing for a chance to be crowned King of the Hill.

The Speed by Spectre 341 Challenge is a rare opportunity to drive flat-out on some of the most aggressive and challenging mountain roads in the country, without the worry of oncoming traffic or law enforcement. The course is 5.2 miles long with 22+ turns, a 1,216-foot rise in elevation, steep drop offs and no guardrails! Vehicles must be street-legal and registered; no purpose-built kit or race cars will be allowed. Tires must be DOT legal with at least 3/32″ tread depth and a minimum 100 tread wear rating. Qualifying is scheduled for Friday, June 25th. Racing is set for Saturday the 26th.

“We are always looking for ways to go faster, to prove our parts at maximum velocity,” says Spectre Performance founder Amir Rosenbaum. “We autocross and road race our muscle cars and set a 330mph Land Speed Record at Bonneville last year; but to this day one of the most demanding and exhilarating events I’ve ever participated in was the Virginia City Hill Climb. The Speed by Spectre 341 Challenge will bring that excitement back, but with the addition of muscle, exotic and import cars competing against each other it will be an incredible event. We are also very lucky to have FM3 Marketing onboard to ensure everything runs smoothly.”

The original Virginia City Hill Climb was founded in 1972 and ran through 2002. Rosenbaum holds the all time record for the event, running the course in three minutes, ten seconds in a modified Ferrari F40. The Speed by Spectre 341 Challenge will also include a Media Shootout, pitting magazine editors against bloggers and forum members in a project car challenge. Invites will be issued soon and more information will be posted on the website in the coming weeks.

Celebrating its 26th anniversary, Spectre Performance designs, manufactures and sells high performance hpR™ air filters, ProFab™ cold air intakes and automotive accessories engineered and tested in the most extreme conditions on earth for maximum performance, durability and style. Look for Spectre products at all major automotive parts stores and performance part retailers. To learn more about The Speed by Spectre 341 Challenge or to find a dealer near you, visit us online at www.SpectrePerformance.com or: Spectre Performance, 1720 S. Carlos Ave. Ontario, CA 91761 or call (909) 673-9800.

** The hosts of this event are looking for “hero cars” like the Stillen GTR, SMS Mustang and Callaway Corvette. Please let us know in the comments who you think should be invited and what cars you’d like to see competing. **