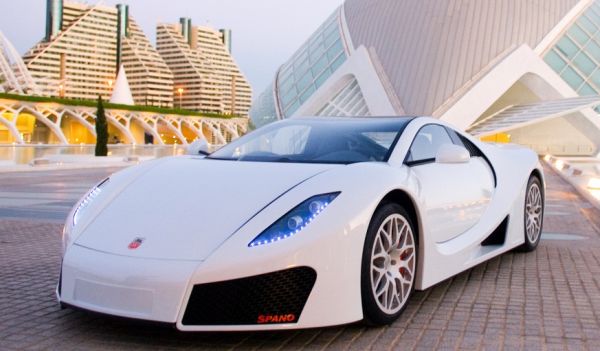 There have been a lot of super-fast, super-expensive and sometimes super-weird looking cars popping up recently. From the Hennessey Venom to the Gumpert Apollo, companies have been popping up all over the globe, intent on challenging the King Kong Veyron and hoping to cash in on the 200+MPH market it created. Some get it right-like the Zenvo ST1, and some get it wrong, like the Vector M12.

There is a new challenger, GTA Motors of Valencia, Spain, and as far as I can tell, they have gotten it right. GTA Motors has been building race cars since 1994, most recently 750hp race cars for the Superleague Formula racing series. Combine that experience with the flavor and appreciation of beauty that is Espana you get this gorgeous land-rocket. Sitting before you is the 2010 GTA Motors Spano.

Spain is not a country known for its supercars. Food, women, wine, parties; these are things the spaniards do well. But cars? I googled “Spanish supercar”, I found this. That’s what you get when a gila monster and an Ariel Atom have unprotected sex. There’s already a king of fast-but-ugly; Gumpert Apollo. When GTA Motors started showing off its design concept in 2008, we were skeptical. Every day someone draws a beautiful car, puts a spec sheet of dreams below it, and says it’ll be ready next year. We’ve just been burned too many times before.

Well GTA came through in a big way. They have multiple test mules, pictures, test data, and a sick promotional video (at bottom). The motto of GTA fits this story perfectly; There are those that dream, and those that make dreams happen. 5 years ago GTA had a dream to use their engineering and design experience to make a unique supercar that is competitive at the highest level. The result is a lightweight powerhouse with a body that may make Gordon Murray jealous (I said maybe.) 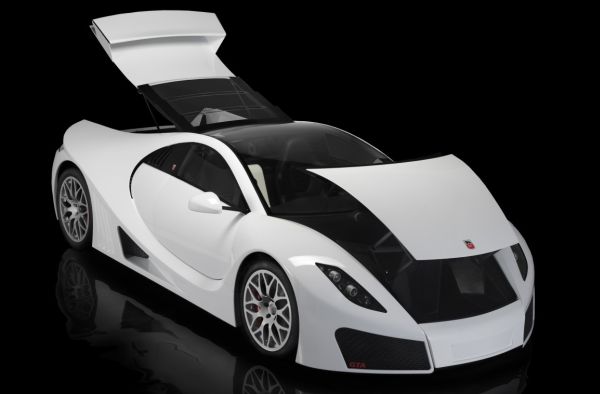 The chassis is made of carbon fiber, kevlar and titanium and weighs a Mary-Kate Olsen-like 123 pounds. With all the fun parts bolted on the Spano is only 2,970lbs. With a Viper-sourced, super-charged 8.3L V10 on it’s back making 780hp (840 with bio-ethanol) and a respectable 679lb ft of torque this featherweight will transport you to 62mph in only 2.9 seconds. If you’re late for a siesta, push the right pedal to the floor until you reach 217MPH. 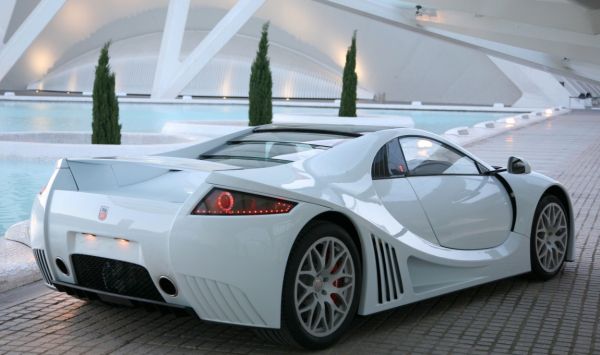 GTA is proud of the power, but fawns over the design. They wanted it to look totally original, yet stunning to all. Well it’s no twin, it has distant relatives. The back looks like a smoother, rounder (better) Gumpert Apollo. The LED and projector headlights resemble a Gallardo’s. I will give them credit for the profile, which is pure, sweeping, supercar sexy. The way the rear wing is molded into the lines running up from the side sills is brilliant and looks 100% high-end hyper car. The face looks like wasp, advertising the sting in the back. The shape is fluid but sharp, like it’s physically grabbing the pavement with 4 talons. Not bad for round some “rookies.”

The drivetrain is pulled from the hyper-car parts bin; carbon-ceramic AP brakes, 7 speed transmission, Alcantara, carbon fiber, the works. Transmission options are; automatic, sequential (auto plus paddles) or a manual. I hope that “automatic” option is just a test to sift through the ham-fisted millionaires. You don’t relax or commute in an 800hp exotic. One special piece of kit is the patented transparent glass roof, which is adjustable. That kind of tech is usually found on a Mayach, but seems right at home in a car like this. The ambience of a converitible without the squishy chassis and stupid hair; wonderful. 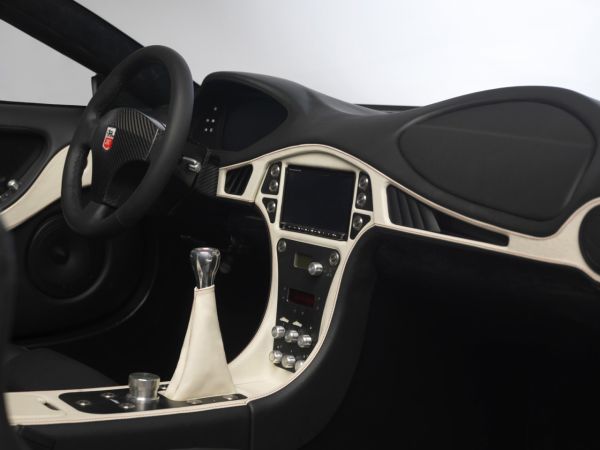 The interior’s design also gets my nod of approval. The crossing lines of the dash are an exciting touch, and the blend of aluminum, leather and Alcantara looks great. GTA was quick to point out it’s customizeable LCD dashboard. To be honest, I’m getting sick of these. The great cars of today (Zonda, Aston, 918, Veyron, etc) have real gauge clusters that took months to perfect. The Zonda’s dash is so intricate it could be examined for an entire semester in Fine Art 101. To me an LCD screen is lazy. Yes it’s cool at first, but you can also find them in rally cars, trophy trucks and F1 cars. Fine for purpose-built racers, but I want to know I’m sitting in an 800hp piece of art without having to drive by a mirrored building. 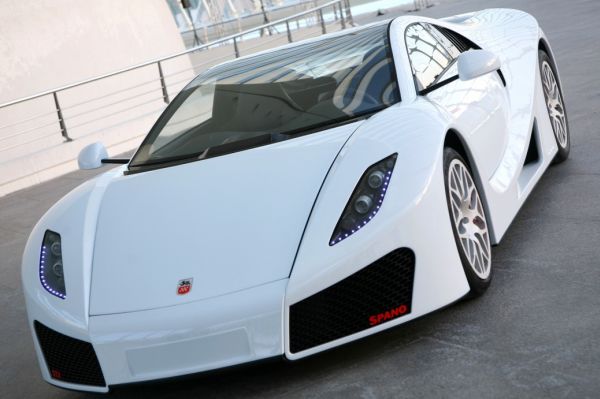 Dashboard aside, this is fantastic-looking car. And if the specs are any indication, it should be exhilirating at the least. I must give credit to the Spaniards. Anyone can make a really fast car with a big price tag. Horsepower is cheap, but to come up with a shape like this takes true talent and vision. The Hennessey Venom looks like a Lotus Elise that simply borrowed Arnold’s “water” bottle. Not the GTA Spano. It’s a beautiful car that will have everyone saying, “What’s that?” That is, if you get to see one. Only 99 Spanos will be built, which makes it incredibly exclusive. That makes an Enzo seem as common as a Civic. When you consider the small production, the price of $670,000 is practically a bargain. A hyper-car bargain…what is the world coming to?