Sirius XM SkyDock for iPhone and iPod Touch: Turn Your Handset Into A Satellite Radio 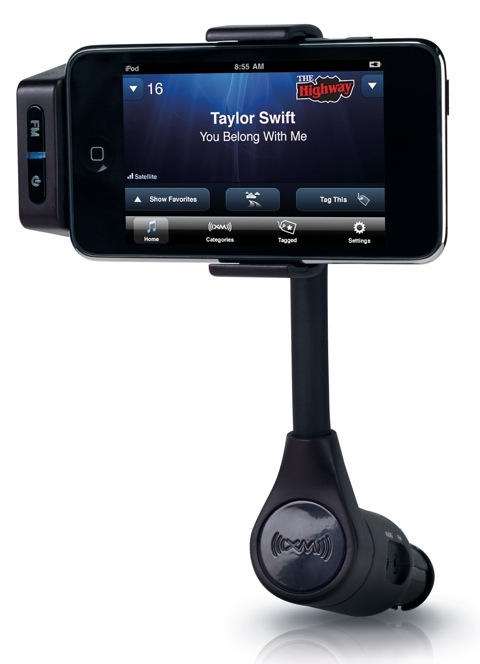 It is often said that there is a little truth in every rumor. Well, in this case, it’s all true, as SIRIUS XM (SIRI) has just finally debuted the long rumored satellite radio dock for the Apple iPhone and iPod Touch. Aptly name the XM SkyDock, this special peripheral device relies on OS 3’s support for third-party hardware to transform Apple handsets into complete satellite radios.

As far as connections go, all that is required is snapping the Iphone/iPod into the SkyDock, which in turn is plugged into the car’s power adapter. The Sirius/XM iPhone application then takes over and allows control of the XM tuner using the capabilities of the iPod Touch or iPhone Multi-Touch user interface. The SkyDock will also charge these devices while streaming live satellite radio.

Users will have access to all XM and ”The Best of SIRIUS” channels which include Howard Stern, Playboy, Martha Stewart, NASCAR and NFL/MLB play-by-play. This is terrific news since these specialty shows were previously excluded from the online feed. As listeners hear songs that they dig on XM’s music channels, they can tag them for later purchase from iTunes. There will also be game, sports and stock alerts as well as artist and song notifications available.

The XM SkyDock is compatible with first and second generation iPod Touch as well as all flavors of iPhone, including the original, iPhone 3G and iPhone 3GS. However, all models require running iPhone OS 3.0 or later to work properly. The SkyDock will be sold in stores and online with an MSRP of $119.99. Look for it to be available sometime in the fall. The XM SkyDock App will be free and released at the same time.

The XM SkyDock is branded as the perfect companion to the company’s SIRIUS XM Premium Online App, which lets subscribers receive programming when they are outside of their vehicle, running around or at home.

This is a actually a great product offering as many people would love to have access to the SIRIUS XM content but don’t want to invest in a full satellite radio setup to get in the game. We’ll have another review when the device is actually released and we get a chance to see it first hand. In any case, the XM SkyDock looks to be yet another solid go at leveraging the iPhone and iPod Touch platforms to provide a win-win for the consumer.