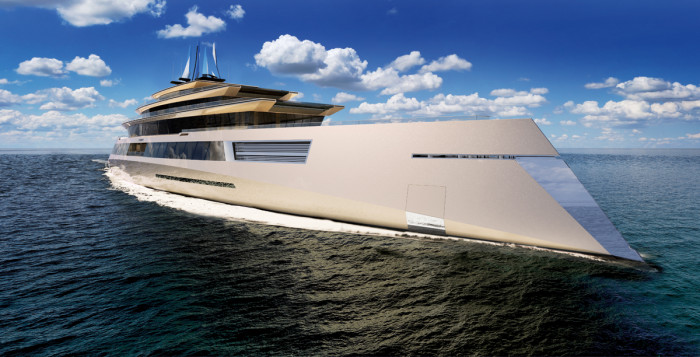 While many canoes and kayaks appear to be symmetrical when viewed from the side, almost all boats larger than that feature asymmetrical profiles. It’s not visually harmonious, but it’s been standard design practice for large boats for centuries. So why is Sinot Exclusive Yacht Design dumping that tradition in a very big – like 180 meters (about 590 feet) long – way? 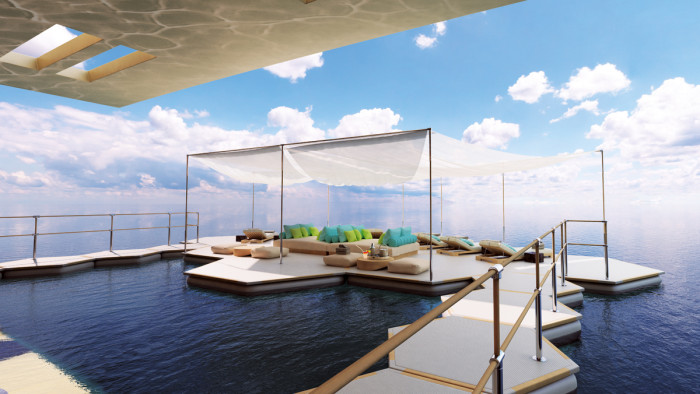 Well, the first reason (we assume) is because they can. The second is because they wanted to create a yacht – called the Symmetry Concept – that was just as adept at moving astern as it is ahead. As a result, the Sinot designers began their task not at the bow or the stern, but amidships, and worked their way out in both directions. Both ends feature a pointy prow and a prominent inward vertical rake, and the superstructure is also a perfect mirror image front-to-back. You’d really be hard pressed to tell if it’s coming or going. 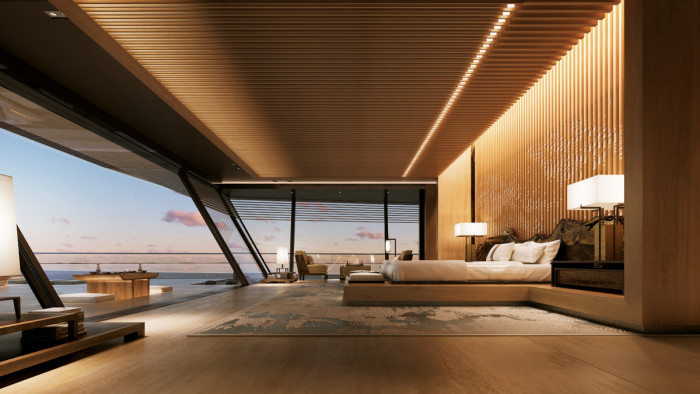 Of course, if you’re one of the up to 34 guests on board, you probably don’t care a whole lot about which direction the Symmetry Concept is travelling (though would we hope the 48 crew members do care about navigational matters). Across the six decks you’ll find such amenities as a quartet of pools (one indoor, two outdoor and another outdoor one that slides out of the tender bay and can be filled with seawater), a gaggle of lavish VIP suites, a luxurious owner’s suite, a spa, a library, a home theater and a children’s playroom. Basically, it’s a floating palace…one that Sinot Exclusive Yacht Design would no doubt love to see get built. Any takers? 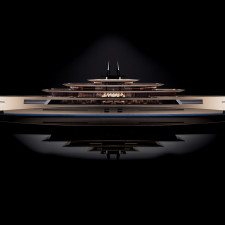 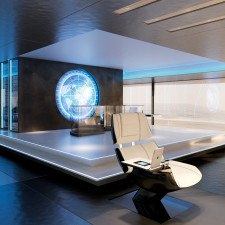 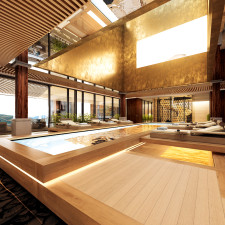 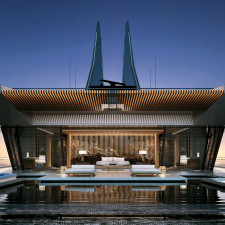 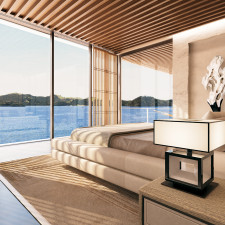