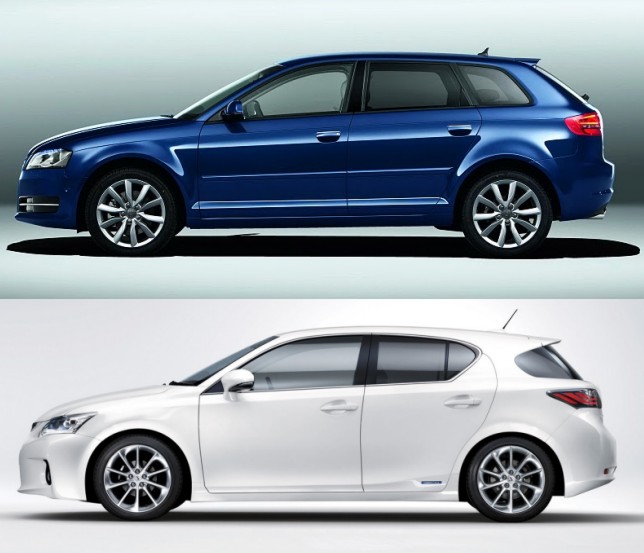 These days, it may well be harder than ever to be a luxury car shopper. Driving something that tells the world you’re a have is becoming increasingly likely to draw scowls (or worse) from the have-nots. The earth-first set is all-too-happy to present lectures on peak oil and climate change. And have you tried parking an S-Class or a 7 Series in a crowded urban area lately? (No, the underground garage of the tower that’s capped by your 4,000 square foot penthouse doesn’t count.) It’s almost enough to make a person wonder if a premium nameplate motorcar is worth the hassle.

Good thing, then, that both Audi and Lexus offer fuel efficient compact five-door hatchbacks to American consumers. However, those two cars achieve extreme thriftiness with regard to the dino juice in different ways: Audi’s entry – the A3 TDI – relies on clean diesel power, while the Lexus – the CT200h – gets its motive force from hybrid power. So how do they stack up against each other? 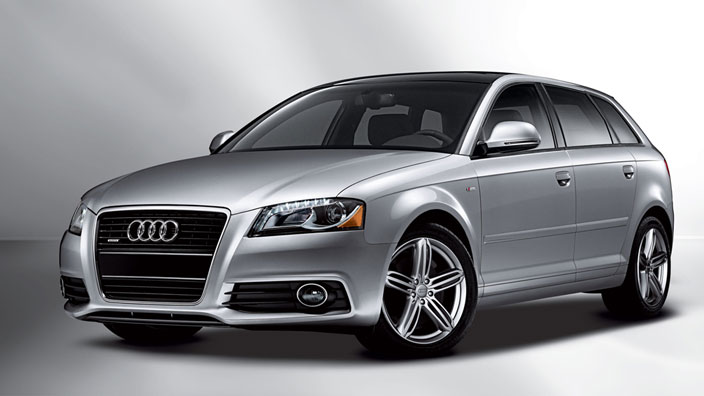 If you’re into specifics, both of these cars feature transversely-mounted inline-fours driving the front wheels through transmissions that aren’t manuals, yet aren’t your typical automatics, either. The Audi packs a 2.0L common-rail, direct-injection turbodiesel (shared with the Volkswagen Jetta, Jetta Sportwagen, Golf, Passat and, starting in the spring, the Beetle) that produces 140hp and 236 lb.-ft of torque. It is matched with a 6-speed double clutch transmission. The Lexus features a 1.8L four that is teamed with an electric motor/generator to generate a combined 134hp and 142 lb.-ft (basically the same setup that’s found in the Toyota Prius), served up through a continuously-variable transmission (CVT).

Advantage: Audi. A hybrid system definitely has its advantages (as you’ll see later), but when it comes to driving enjoyment, gobs of torque and clearly defined gear ratios are the order of the day.

The base CT200h comes with features like a multifunction steering wheel, power driver seat, Bluetooth, keyless entry and ignition, voice command software, tinted glass and heated outside mirrors. Those features are either optional or not even available on the A3 TDI. However, the Audi does come with leather seats, a 10-speaker (rather than 6-speaker) sound system, and twice as many cupholders (4 vs. 2), even in the base Premium trim level. Both cars offer one upgraded trim level (Premium on the Lexus, Premium Plus on the Audi), which include or let you add things like sunroofs, bigger wheels and tires, seat heaters and navigation systems.

Advantage: Draw. There’s no shortage of gizmos and doodads to keep you occupied tasks other than driving. Hmmm… 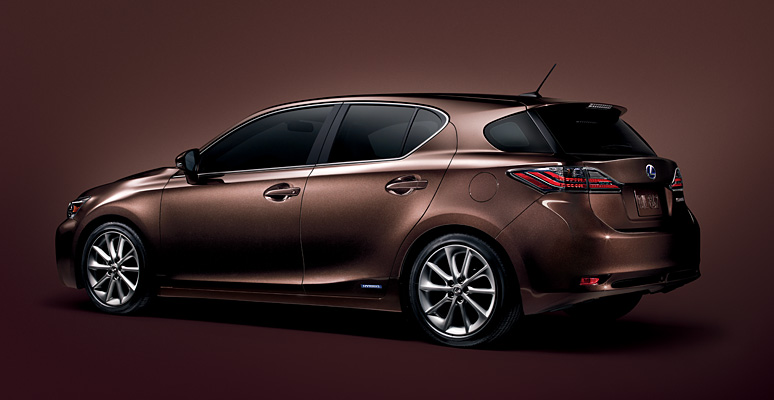 Advantage: Audi. The Audi has a smaller footprint yet is more spacious overall inside; so what if it’s one, uh, us heavier? (If you aren’t dismissive of that, we’ll run away crying and start eating ice cream out of the carton…or something…)

Obviously, you shouldn’t buy either of these cars if you’re a frequent participant in your local dragstip’s test and tune night or you like to pretend your favorite mountain road is the Nürburgring Nordschleife with the added challenges of oncoming traffic and cops. But since some of you are bound to ask, know that the Audi goes from 0 to 60 mph in 8.9 seconds and tops out at 130 mph. The Lexus takes 9.8 seconds to hit 60 mph and runs out of breath at 113 mph. A resounding spanking, right? Well, since these cars are economy-minded, let’s look at fuel consumption. The EPA rates the Audi at 30 mpg city, 42 mpg highway for a combined 34 mpg; the Lexus is rated at 43 mpg city, 40 mpg highway for a combined 42 mpg. Consider the tables turned.

Advantage: Draw. The Audi can get out of its own way and gets good fuel mileage, but the Lexus is even more frugal, particularly in stop-and-go urban driving where you can really utilize the hybrid system's regenerative braking and engine start-stop functions. 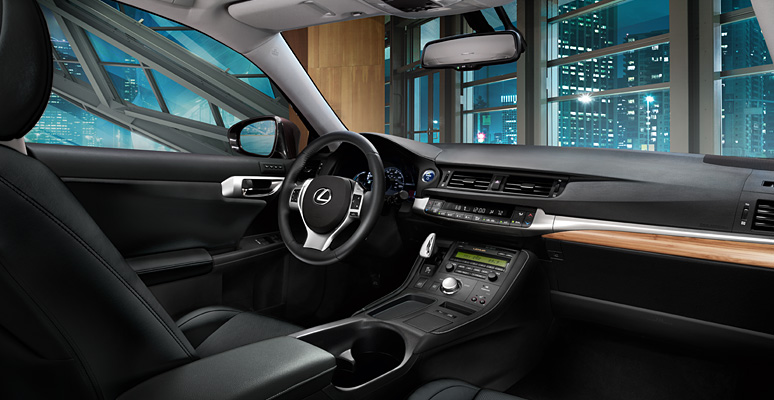 Advantage: Lexus (but not by much).

Winner: Audi. Although people who do most of their driving in densely-trafficked urban areas (and are nervous about diesel fuel price fluctuations relative to gas) will probably be happier with the Lexus, anyone who spends a lot of miles on the open highway, makes the occasional trip to Sam’s Club, and/or values a snappier, more involving driving experience (something near and dear to our and many of your hearts) is more likely to fall in love with the Audi. But at the end of the day, both prove that the phrase “eco-minded luxury compact” is not a hot steaming pile of oxymoronic marketing drivel.