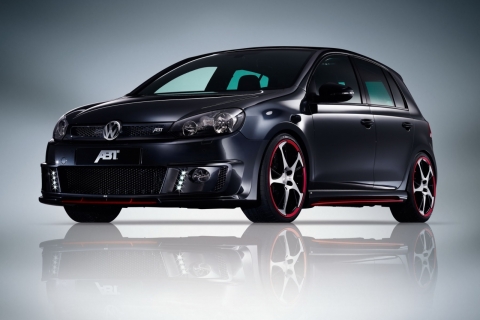 ABT Sportsline has been providing auto customization packages for over 5 decades now and were around back when the original GTI version of the Volkswagen Golf came out in 1976. The new 2009 VW Golf GTI marks ABT’s sixth pass at modifying this storied hatchback as it has received various model revisions and upgrades over the years. Of course, ABT Sportsline modifications all start with the engine and, in this case, the company is offering two substantial upgrades. 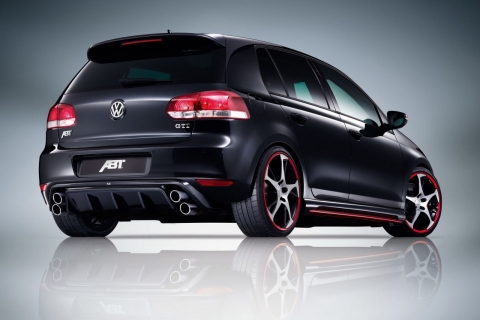 Using optimized engine management (ABT POWER), the base 210 hp engine is boosted to 260 hp while the addition of an upgraded turbocharger (ABT POWER S) steps output up to 300 hp. The car is fairly beefy (3,100+) so acceleration from 0 to 62 mph takes about 6 seconds. 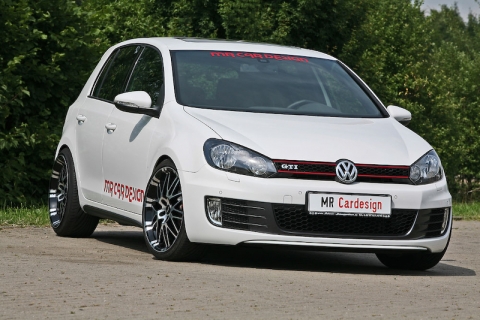 MR Car Design is another tuner out of Germany who has taken a crack at the 2009 Volkswagen Golf GTI. They too offer a software based improvement that bumps the 2.0-liter engine up to 260 hp, making the sprint from 0 to 62 mph in just 5.8 seconds. It’s curious to me that ABT has a car rated at 300 hp, a full 40 hp more output, but has a listed time that’s 2/10ths slower. Maybe this figure is slightly off, and we’ll provide an update if we learn otherwise. Either way, both companies are besting the stock car’s dissapointing performance of 0-60 mph in 7.2 seconds. 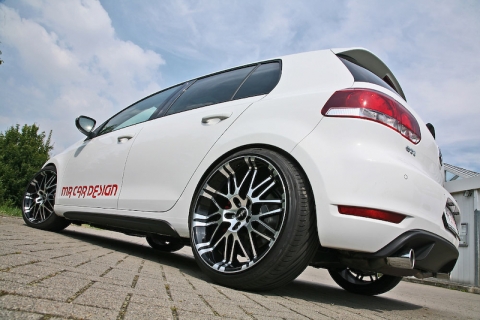 The packages offered by ABT Sportsline and MR Car Design are both nice, solid offerings that definitely enhance the aesthetics of the VW Golf GTI VI and raise performance within the boundaries of the current 2.0-liter engine platform without adding any major reliability concerns. I would have to give the nod here to ABT Sportsline which has more performance oriented modification options available and the additional benefit of a new turbocharger for the engine. My guess is their performance numbers listed are probably super concervative. ABT tends to underpromise and overdeliver. Plus, personally, I just think that the ABT Sportsline VW Golf GTI looks better both inside and out.

There are some rumors floating around that since the R32 and its robust V6 engine are going away due to EU emissions legislation, an all-wheel-drive R variantion called the GTI-R, powered by the 265 hp 2.0 TFSI found in the Audi S3, will take its place. This is a car I would be more interested in seeing tuned if it comes to fruition. Let’s keep our fingers crossed.