Show Off Your Car at Luxury Motor Shows in 2015 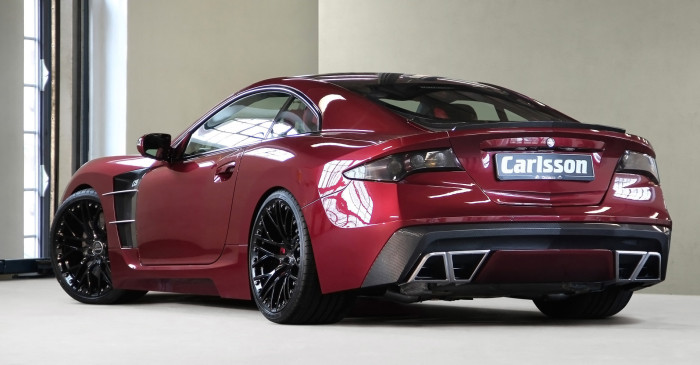 Many car enthusiasts love to go to motor shows and while many of the most popular shows have cars on display from the world’s top manufacturers, some actually encourage visitors to bring their prized possessions with them as well. The highlights of these amazing car shows often focus on classic cars, limited edition vehicles and high-end sports cars from the luxury sector, with shows taking place everywhere from Tokyo to Chicago.

Luxury car owners love to show off their cars – and why not? When sexy vehicles with smooth lines, sleek bodies and purring engines are kept locked away in a garage, it’s a waste. Cars like this are made to be shown off and while many will never be taken for a spin on the open roads, taking them to a car show is a great way to give them some fresh air and show their beauty to the rest of the world without risking damage. Take DJ Chris Evans, for example. The presenter and entrepreneur has an impressive fleet of luxury cars and isn’t afraid to show them off. In 2013, the Ferrari fan raised money for Children in Need by handing out keys to 12 of his most valuable rides to the general public as part of a driving package on which people had to bid. These cars included a 2011 Ferrari Sa Aperta, a 1985 Ferrari 288 GTO and a 1990 Ferrari F40.

Car shows are the adult equivalent of a children’s playground – cars replace slides, wheels stand in for climbing frames and retractable roofs substitute roundabouts – and what a luxurious playground they can be.

Let’s take a look at some of the world’s most luxurious cars that can often be spotted at the shows:

A Rolls Royce is the epitome of all things luxurious. With its strong lines, it is instantly recognisable, even to the most uninformed car fan, and the classic Rolls Royce style can be seen in all of its models. The Wraith, for example, is known for the grace and elegance all Rolls Royce cars are famed for but offers an added sense of modernity to give it a daring edge. In comparison, the Rolls Royce Phantom is a timeless classic, especially the Metropolitan which was unveiled at the Paris Motors show 2014, even the drophead coupe Phantom is stylish rather than ostentatious.

For many of us, when we picture a luxury car we think about a Lamborghini. Its sporty appearance is synonymous with the luxury car sector and it doesn’t get more magnificent than a Lambo. The Diablo model is one of the world’s most famous sports cars, along with the Gallardo, Countach and the Aventador – all of which have a typical Lamborghini appearance that ensures all of its cars look as sexy as they are powerful.

Arguably the most famous supercar of all times is the Ferrari. Whether you love the Ferrari 458 Spider, the Ferrari 360, the Enzo or the F12 Berlinetta, Ferraris have a special place in the heart of any luxury-car aficionado. The roar of the smooth engine, the sleek design and the prancing horse icon on the bonnet make it easy to spot a Ferrari from afar.

Bentleys have a similar reputation as Rolls Royce cars, if only for their stylish refinement. They have a sophisticated elegance that can be seen in the Continental GT, the Mulsanne and the Flying Spur, and these classy cars are often the highlight of a luxury car show. The beefy yet perfectly polished design gives Bentley cars a strong and tasteful appearance that never goes unnoticed.

Mercedes is a luxury car company that has withstood the test of time, from the classic Mercedes-Benz 300SL to the ultra-modern Mercedes-Benz SL65 AMG. Known for its famous gullwing doors, Mercedes have successfully turned out beautiful car after beautiful car and the German manufacturer always presents some of the most exciting offerings at any show.

Whether you have a luxury car to show off or you simply want to admire someone else’s, be sure to visit the world’s top car shows and marvel at the vehicles on display.