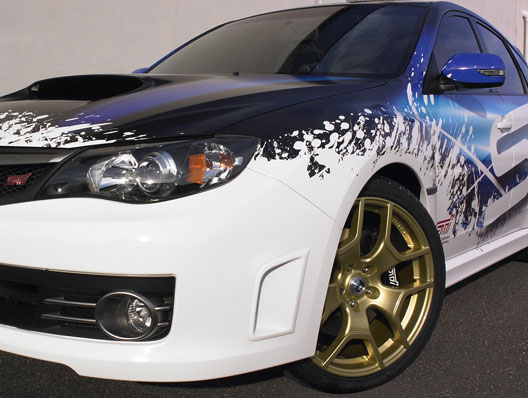 Subaru tends to run 2 year design cycles for their cars. So, with the 2010 designs out, what now? Give Travis Pastrana more cars to roll? Take a nap in front of Mazda Headquarters? Nope, you get ready to deliver a little shock and awe at SEMA 2009. And let me tell you, this year Subaru must have attended Michael Scott’s Diversity Training Seminar, because their 3 cars couldn’t be more different from one another.

Their first offering is a 2010 Impreza WRX STI that was built with all the parts available in the SPT (Subaru Performance Tuning) catalog. Subaru has been trying to break into the after-market parts game for years now, offering short-shifters, exhausts, wheels and suspension, along with various blingy flare. It’s not an easy task and I give Subaru props for recognizing “performance parts” don’t have to be a 4-letter word to a car company.

In the case of the STI, Subaru kicks things off by installing an SPT cat-back, raising the stock engine to 315hp. A new chassis brace, coupled with a SPT strut-tower brace, improves rigidity. STI springs give the car a good stance. Prodrive GT2 done in Glitter Gold provide some eye-candy. They also offer some shiny bits, like a billet oil cap. Unlike some of the project cars at the show, if you like the SEMA STI, you actually build your own through SPT. It’s a great way to show that Subaru Performance Tuning is not just selling floor-mats. 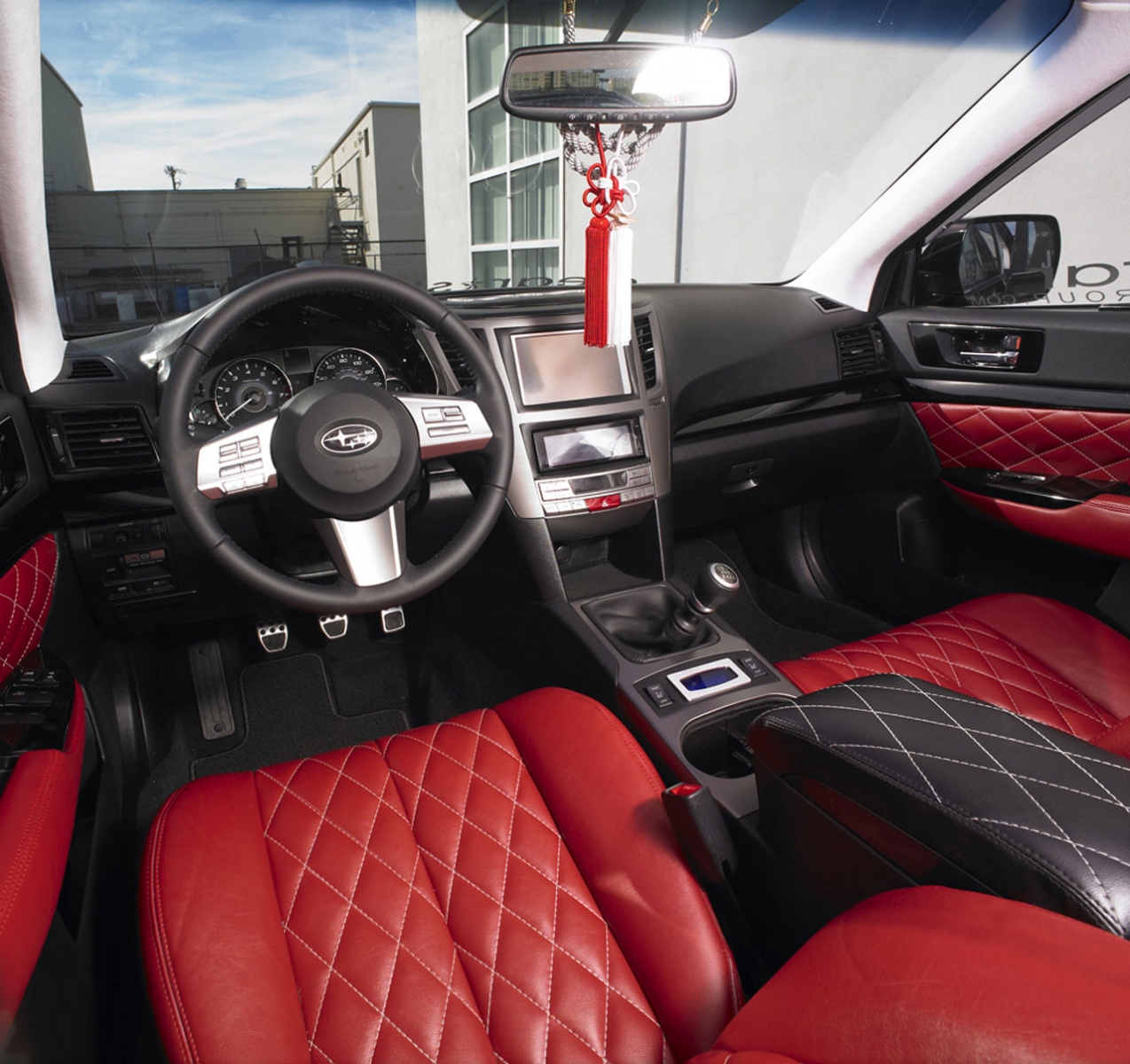 The second car Subaru is showcasing is a 2010 Legacy 2.5GT VIP. Whereas, the WRX STI was all about STP, this ride is custom and completely unique. In fact, other than an STP battery tie-down and oil cap, you’d have make some calls to replicate this car. Inspired by “VIP” cars which are known for rich interiors, big wheels, and comfort, this Legacy 2.5GT sits on 20” wheels and is dropped on an air-ride suspension. The wheels have huge 4” lips that sit under flared and rolled fenders. The key word is “JDM”, because the hood, bumper, grill, lights, and fogs all carry that name (which stands for Japanese Domestic Market). There’s even both a roof and rear spoiler, a cue taken from the last STI perhaps. To allow the new hood to fit, the stock TMIC had to be removed, and a front-mount was used instead. A Legacy with a FMIC, from Subaru? They may have made the Tribeca, but these guys are alright…

If the outside sounds like typical SEMA JDM goodness, the interior is definitely more “outside-the-box.” The rear seat is no longer a bench, but replaced with two buckets done Maybach-style with an LCD screen for each passenger. Not a bad way to head to the mountains. All the seats are stitched with a sweet diamond-pattern red leather. It looks like it would be at home in a Bentley, which is not a bad thing. It also will have some solid audio goodies. 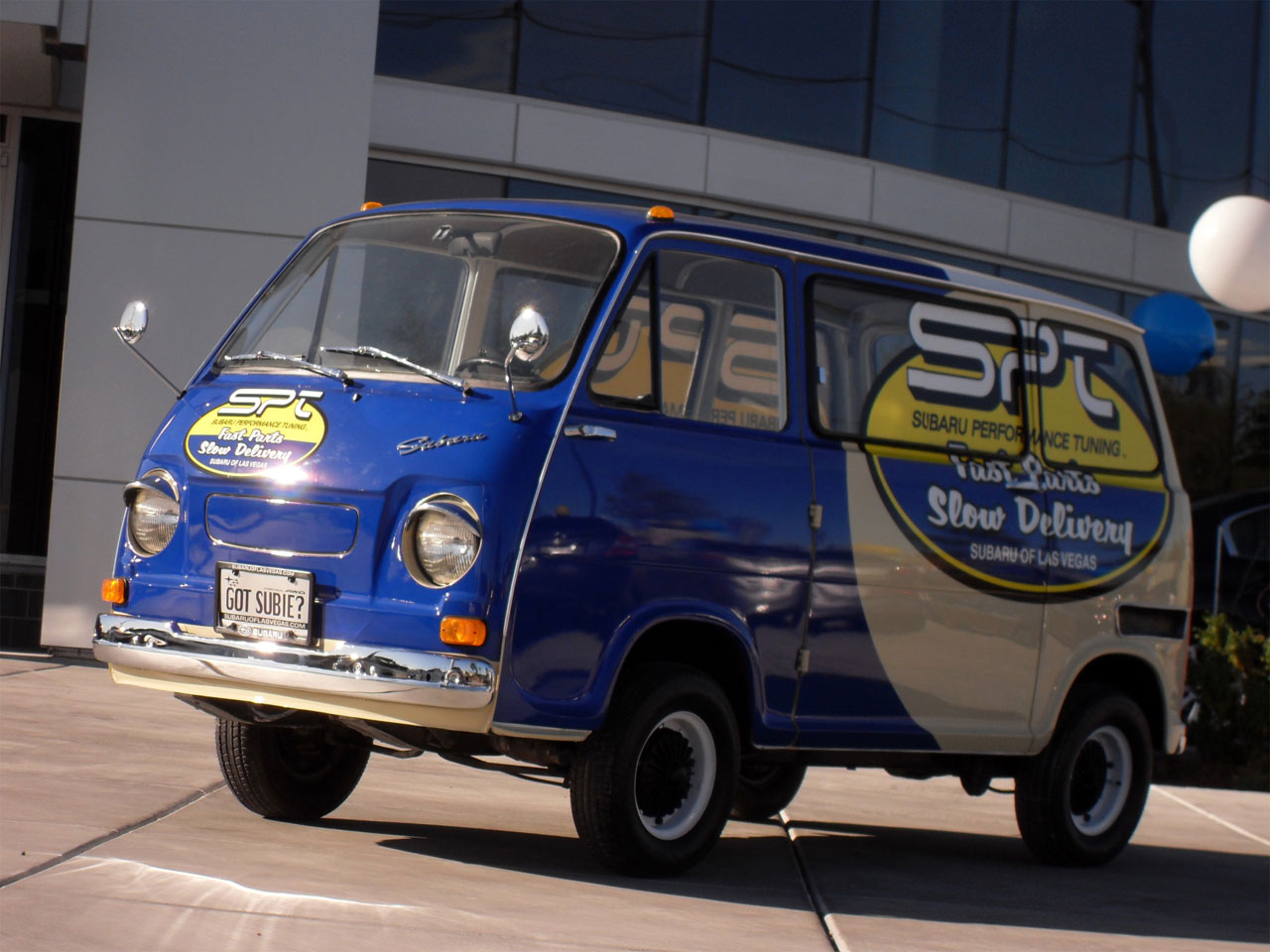 But in my opinion the treat in this group is the last car, er, van. Its a 1969 Subaru 360 microvan. It’s a classic and almost an unknown. I’ve certainly never seen one. Even Google had difficulty finding a stock picture of one. The name “360” is from the engine size, just under 360CCs. It came with 25hp, and if you floored the gas, and had a book to pass some time, it would hit 50mph in 37 seconds. Estimated fuel economy is still an impressive 66mpg. The vans were used to shuttle parts around the Subaru factory campus, ironically delivering SPT go-fast parts at a snail’s pace. I can’t imagine the irony of delivering a turbo with a 25hp engine. “Hmmm maybe I can bolt this on real quick for the drive over…” The name “micro” fits since it’s a tiny 117 inches long, which is 3 feet shorter than a new GTI. I guess the Keebler elves could use it to move… 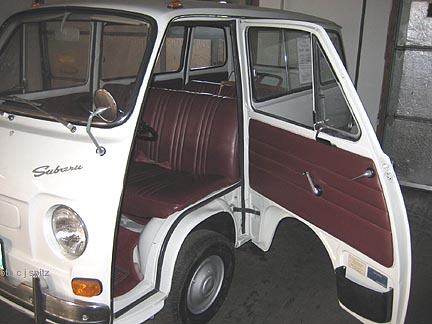 The van was restored by Subaru of Las Vegas to factory condition, and the car is so silly its endearing. Take for instance the HVAC control that is just a knob with a red “H”, or the vent that is just a small door on the front, or even the suicide doors. The dash only has two gauges: one is a speedo, the other has water temp and fuel. Bare-bones package delivery, in a size you can fit in a backpack. 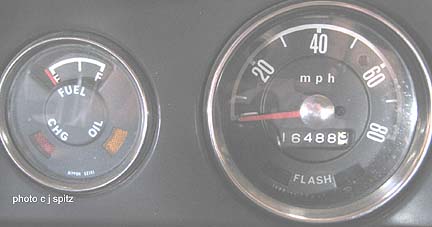 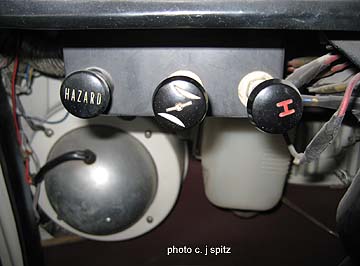 I like the Subaru SEMA team. No one goes to the SEMA Show to see stock, dealership-ready cars, they go to see the freaks. Subaru knows there will be enough big horsepower and wide-bodied Imprezas to go around, so they brought something different. It’s a good way to showcase their SPT line, and even more fun is seeing the past and the present side-by-side. From microvan to Gymkhana badass, Subaru has come quite a ways.