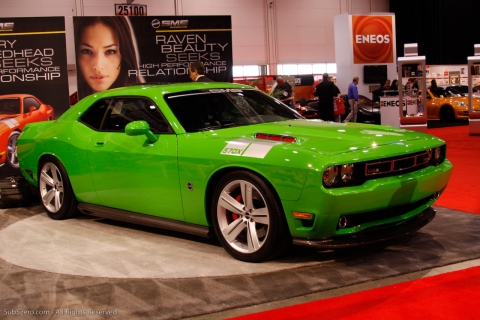 For almost 30 years, Steve Saleen has been building fast cars. Recently, he launched SMS Supercars, a full-service coach-building shop that takes new muscle cars (like the Challenger, Mustang, or Camaro), adds aero parts, suspension and horsepower and sells them as their own turnkey solutions. His work seems to be only getting better. SMS’s Challenger 570 is one of the best looking Challengers I’ve ever seen, new or old. Well, finally Steve Saleen is going to share how he went so fast with the rest of the world through his retail division SMS Superparts.

Steve Saleen has had great success in the motorsports world, ever since first starting Saleen Autosport in 1983. The first car he built was a Mustang, and its first test was the grueling 24 hour endurance race at Mosport, which it won. He went on to build the incredible Saleen S7, one of my favorite super cars of all time. 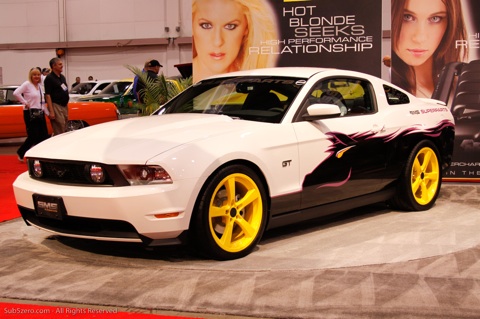 It’s about time the parts that make up these great cars became available to the public. The showpiece at SEMA 2009 was the new SMS 296 supercharger. The patented design offers more power with better fuel efficiency than your standard screw. He also has a new patented intercooler, called the SMS Six-pack. It cools and flows 60% better than current box-type designs. So far I’d say he’s 2 for 2. They will also offer suspension parts, aerodynamic pieces and interior trim.

But that’s only the first part of the equation. SMS Superparts isn’t going to be like Edelbrock, where you can find the parts at your local Kragen. It’s going to be like TechArt or EVOMS. Tuning shops and coach-builders will apply to become licensed installers of SMS parts. So instead of shipping your car to SMS, you can take it to your nearest authorized installer. This will ensure the brand’s consistent performance quality, as well as your car’s reliability (so much so that everything comes with a full warranty). This is a great thing for the American muscle car after-market, as it moves them up a notch in the tuning world. These parts provide exceptional performance using state-of-the-art technology, with a hugely respected name behind them.

American muscle cars are following the Jeffersons and movin’ on up, thanks to Steve Saleen, who is targeting the high-end market through his SMS Supercars. The new Challenger, Mustang and Camaro models all look incredible and needed to be taken to the next level. I can’t think of a better person to do it. Besides, it’s about time you shared with the rest of the class, Steve. And SMS Superparts is a much appreciated contribution.