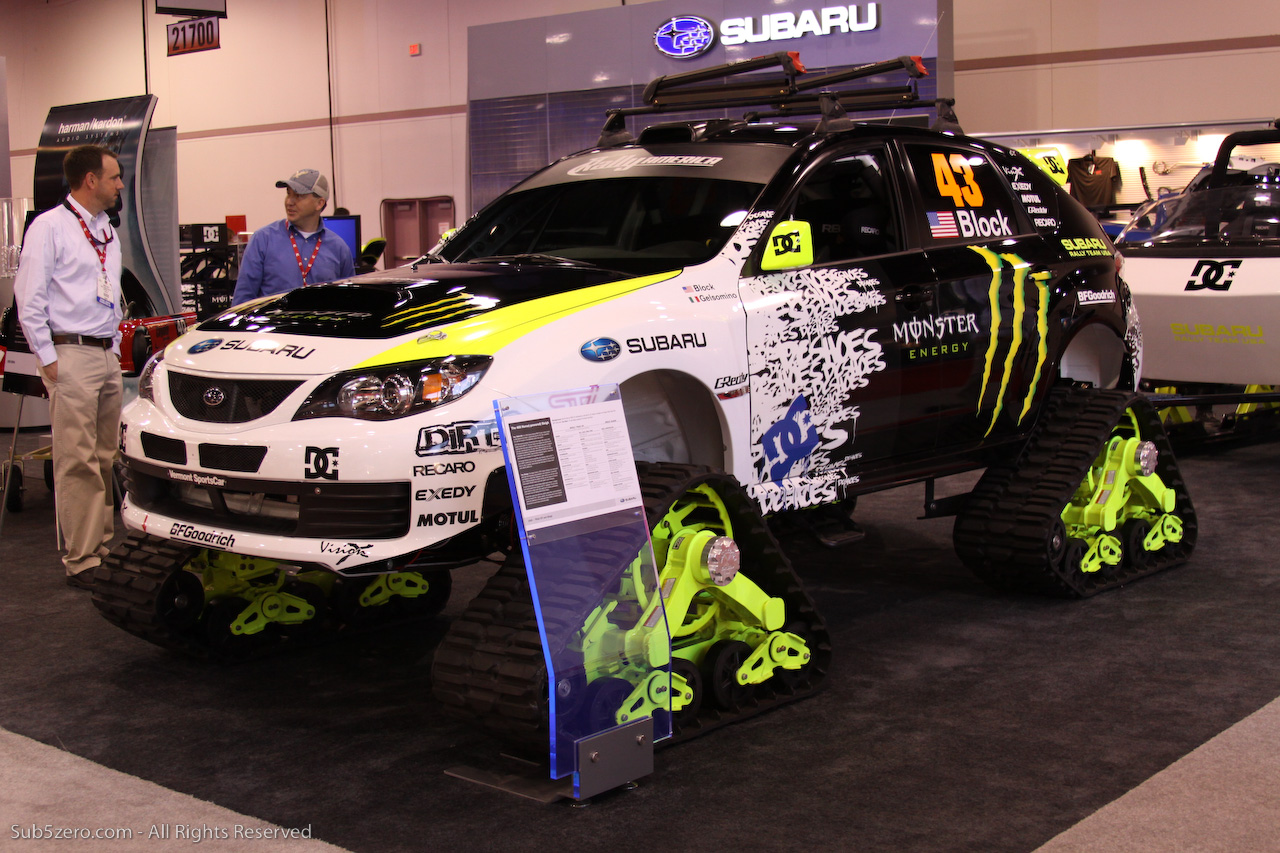 Ken Block is one of the fastest growing faces of an American in motorsports today. After making it big in the skateboarding world selling sneakers and apparel, Ken quietly decided to get into rally racing. In the past few years Ken has helped bring that electric type of racing to the mainstream, winning X-Games medals, performing all kinds of amazing stunts and becoming a YouTube sensation along the way. Next year he moves up to the big leagues to race in the WRC and compete against the world’s best. So how does Ken relax before a big season of sliding through mud at 100mph on a road as wide as a shoelace? He drives his Subaru Impreza WRX STI to Utah for some snowboarding. You see, to Ken Block, an STI is a Swiss Army knife. It can rally, drive a snowboard park, clear 100 foot gaps and run a Gymkhana course. His Subaru probably even has a slot for tweezers. 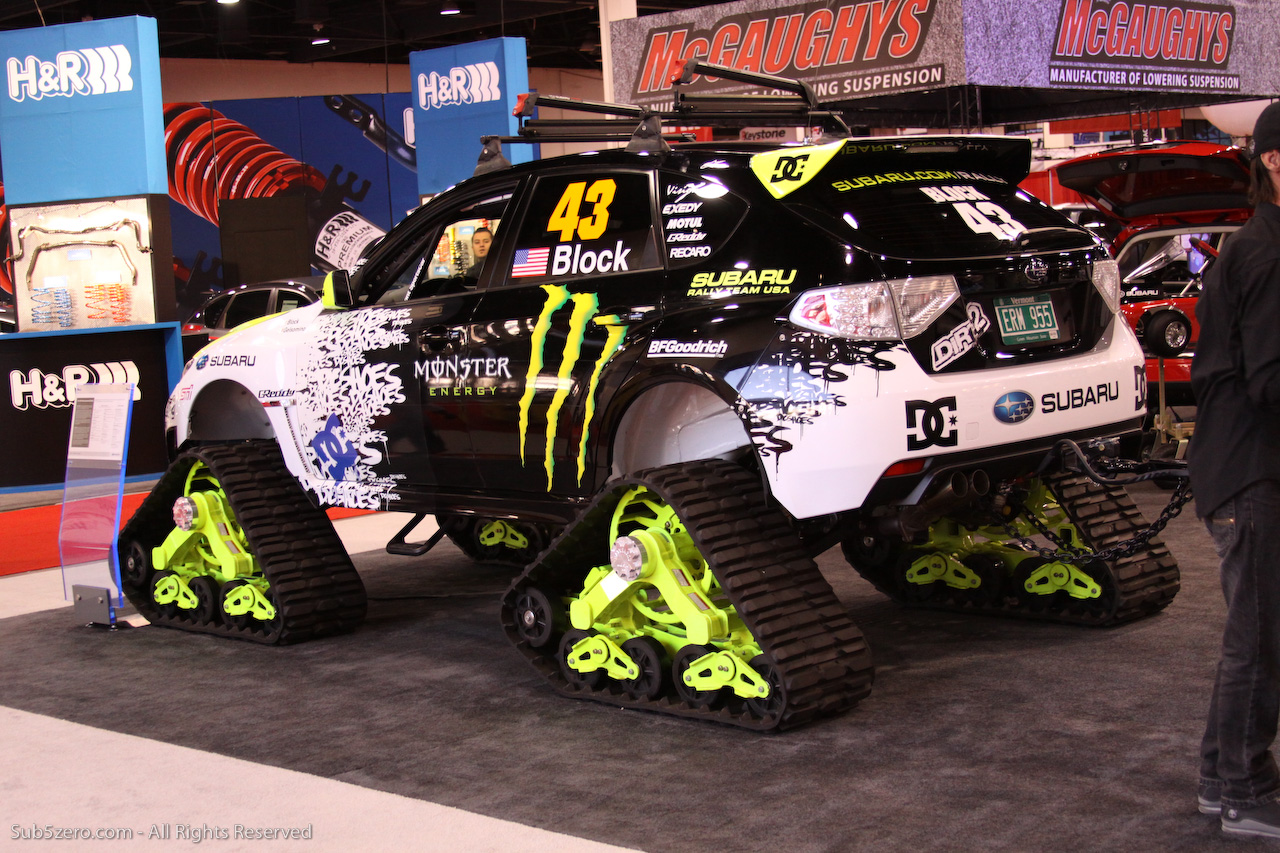 Now Ken Block has decided to make the world’s fastest snow-cat. Essentially this is a competition-ready Subaru STI mounted on a set of snow-cat tracks instead of tires. It was prepared by Vermont SportsCar, the same shop that builds all of the Monster Team’s rally cars. It has a 400hp, 2.5L turbo engine and a 5 speed gearbox. Some serious shocks had to be put in to make room for the tracks. The final result is the beast of a car you see here. 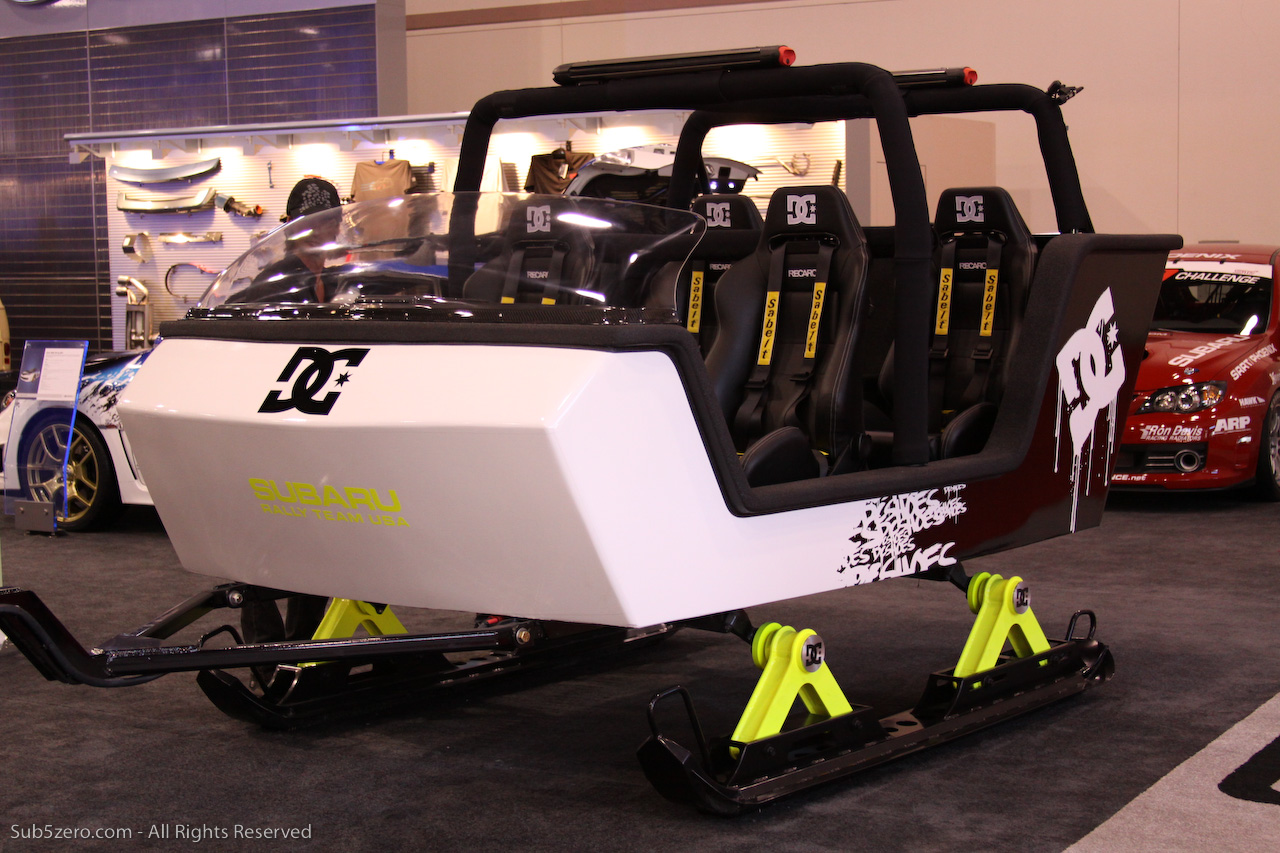 Clearly this new method of driving didn’t slow down the car much because the Subaru TRAX STI absolutely rips. What Ken Block does in the snow had me amazed and laughing the whole time. The car floats through powder like it’s swimming through whipped cream, yet it’s going too fast to seem possible. It carves S turns while never seeming to falter. And then on the packed stuff, it’s like a normal STI, power-sliding around snowy bends. It looks insane, intimidating, ridiculous, and awesome. And there is even a Santa Claus-style sleigh for brave passengers willing to come along for the ride.