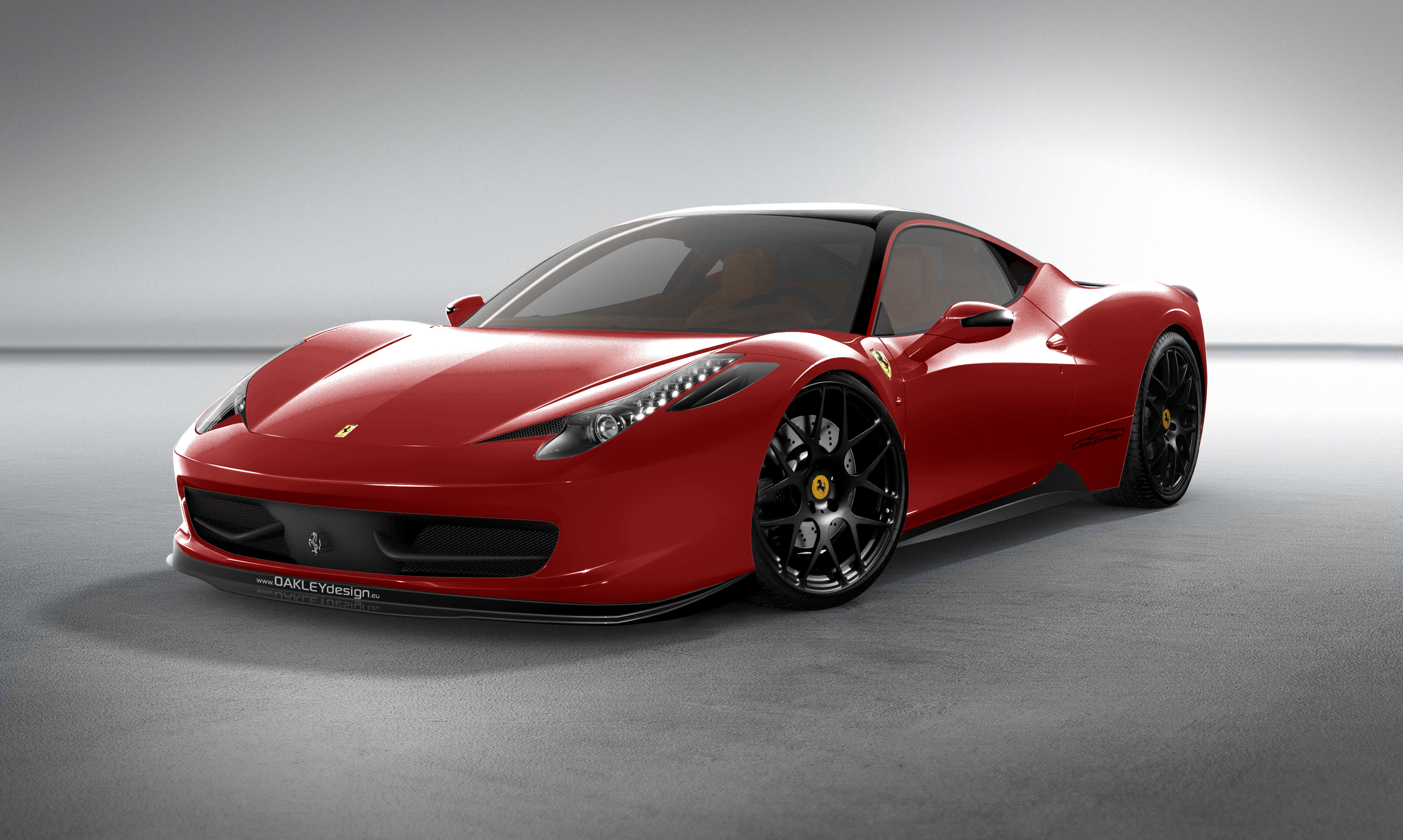 Where’s there’s smoke there’s fire, and where there’s SEMA there’s insanely exclusive tuning. As much as we all love a good subwoofer display, the latest creation from Oakley Design will surely get much more play. Jon Oakley has been racing cars for years, and winning. He’s also kind enough to apply some of that brilliance to street cars. But he won’t help you modify your 1994 Civic (neither will we).

He likes to start with the cream of the crop, and somehow make it even sweeter. OD is known for their Porsches but recently got antsy and went Ferrari shopping. They brought home a Ferrari 458 Italia and built the incredibly svelte, sexy and angry Italian you see here, for which the first production model will debut at SEMA.

The Oakley Design Ferrari 458 Italia looks like it’s trying to emulate its big brother, the 599 GTO, and that is 100% awesome. As great as it looks sitting on HRE P40s monoblok wheels – which defy the god Ferrari by being bigger yet lighter – it’s more than just a nicely decorated tree. A new ECU, airbox and some larger piping mean power is up 10% to 618hp. Insane. Entry-level Ferraris making as much power as 2 year-old hypercars?? If god is a woman, she’s the coolest girl ever. New spoilers increase downforce, but only above 150mph, so they’re mostly for show. Although this 458 will top 200mph, so maybe not. 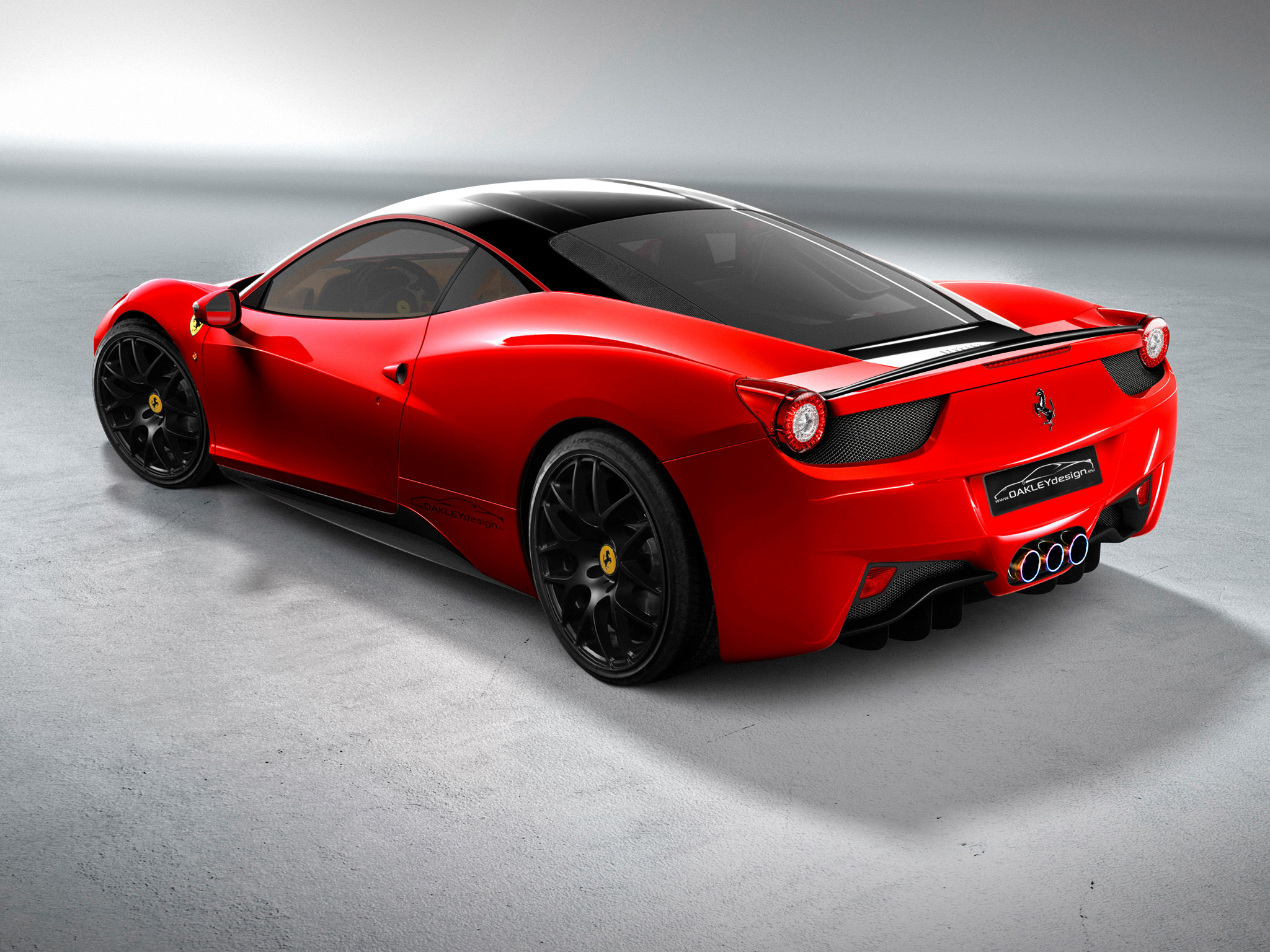 Unless you’re buying snugger fit condoms top speed is overrated. Acceleration is what counts. Thanks to its boost in power and 5% increase in torque, this little devil hits 60mph in 3 seconds flat. It looks, goes and no doubt sounds angry as hell, and we love it. But good luck buying one, because only 5 Oakley Design Ferrari 458s will ever be made. Oakley plans to sell all the parts individually, so unless you like spending tons of extra money for a metal plaque with a number on it, we suggest waiting until this Ferrari 458 kit hits a store near you.

** UPDATE: Due to early demand, 7 vehicles have been confirmed for production.