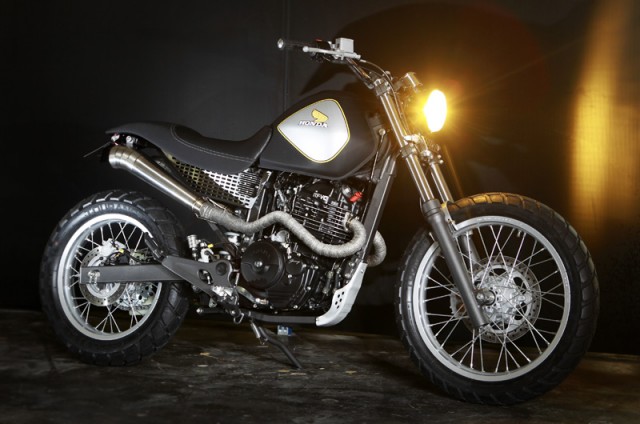 When selecting a starting point for a custom bike, not very many dual-purpose motorcycles get the nod. It’s not that customizers are necessarily against the idea of these two-wheeled SUVs, but getting them to look lower and more athletic than stock is a considerably more involved process than it would be with a superbike or even a tourer. Using them as the basis for a custom café racer simply isn’t worth the trouble.

However, no one passed this advice along to Sebastiao Guerra, or if they did, he’s decided against heeding it. The upstart customizer from the Portuguese capital of Lisbon has, against the odds, managed to transform a 1999 Honda FX650 into a stubby naked street beast called the SG-01. So what has Sebastiao done? 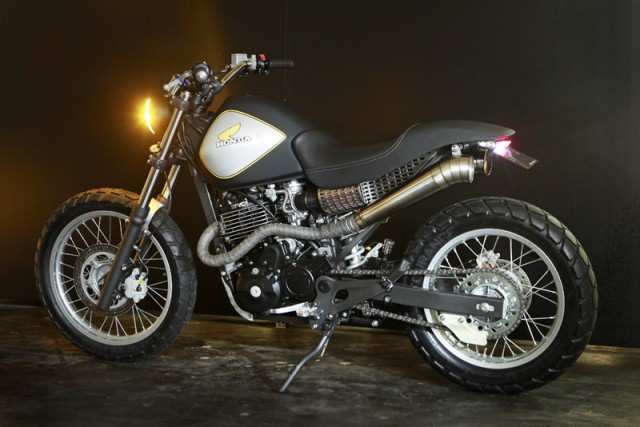 For starters, he hasn’t actually replaced very many parts: The only major components that weren’t on it when it left the factory are the lights, exhaust system and handlebars. Most of remaining parts that deviate from stock are either stock pieces that have been modified by Guerra or new parts made from scratch by Guerra. The bespoke battery box is just one example of the fantastic fabrication skills possessed by Sebastiao, who is pictured below with his creation. 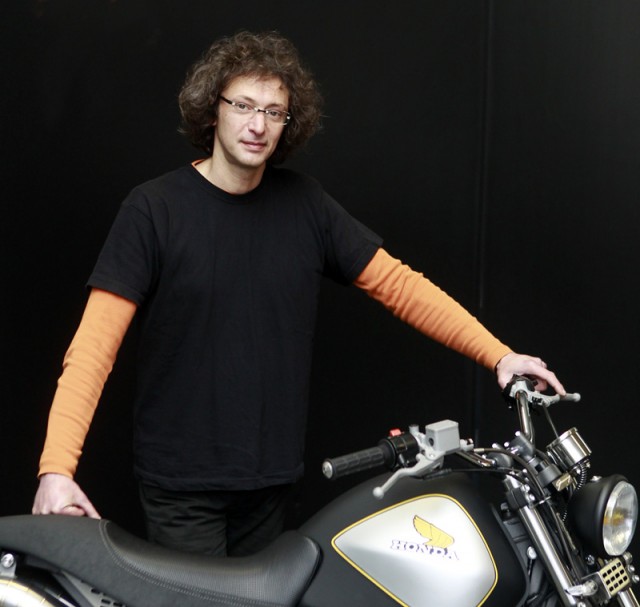 Additional revisions include a dramatically shortened rear frame, removed front fender, and a recontoured seat. The overall profile and stance is reminiscent of a streetfighter bike like a Ducati Monster, but the extra ground clearance and smallish engine (if you can call a 644cc single “smallish”) and transmission create a look all its own. We dig it.

And apparently, we aren’t alone in digging it. Sebastiao already has an order for SG-02, which will be based on the even more trail-ready Honda Dominator. If the SG-01 is any indication, it should be a real looker, too. 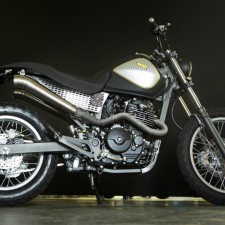 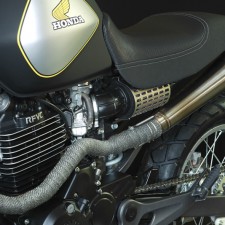 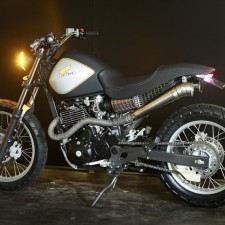 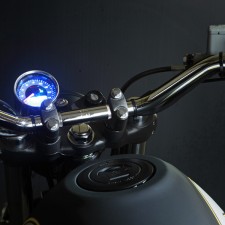 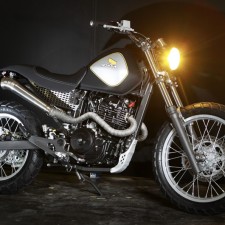 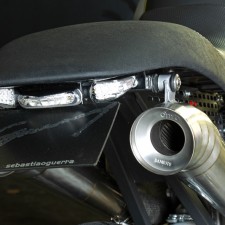 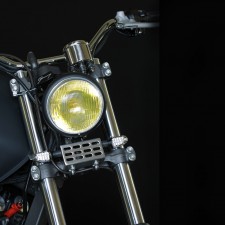 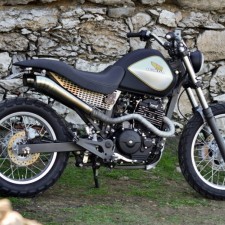 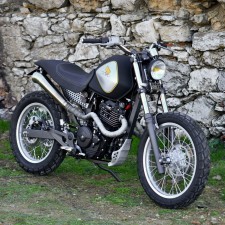 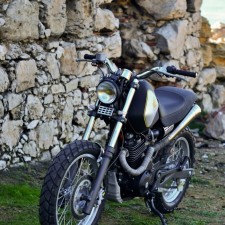 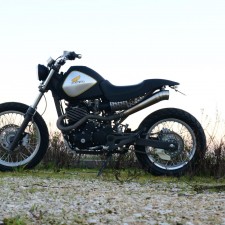 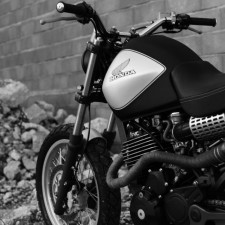 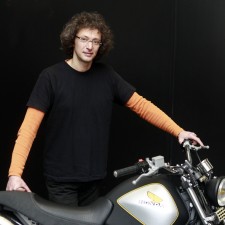