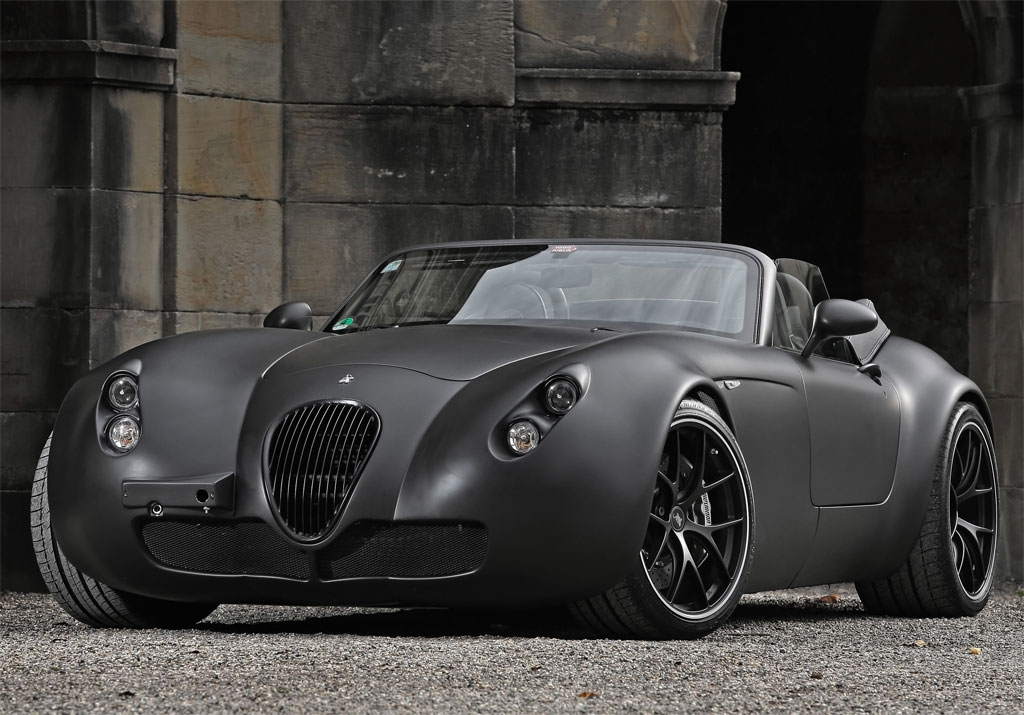 We aren’t ashamed to admit that we are serious fans of the cars made by the tiny German company Wiesmann. Though the exterior styling resembles that of vintage British sports cars (with Jaguar, Bristol and Austin-Healey cues sprinkled throughout), Wiesmann’s machines – be it a roadster or a coupe – feature thoroughly modern suspension and braking technology underneath. But the chassis isn’t the most notable concession to the fact that automotive engineering has advanced since the days of snap-in side curtains and finned drum brakes.

No, the most significant acknowledgement that this is the 21st century has to be the use of BMW engines. The first Wiesmann cars used straight-sixes, while later models were endowed with V8s, twin-turbo V8s and, in the case of earlier examples of the Roadster MF5, the 5.0L V10 from the last generation BMW M5 and M6. Naturally, the kind of power that engine makes (507hp) combined with the Roadster platform’s tidy dimensions and rather waifish weight translate to stupefying performance. But what comes after stupefying? SchwabenFolia set out to find the answer. 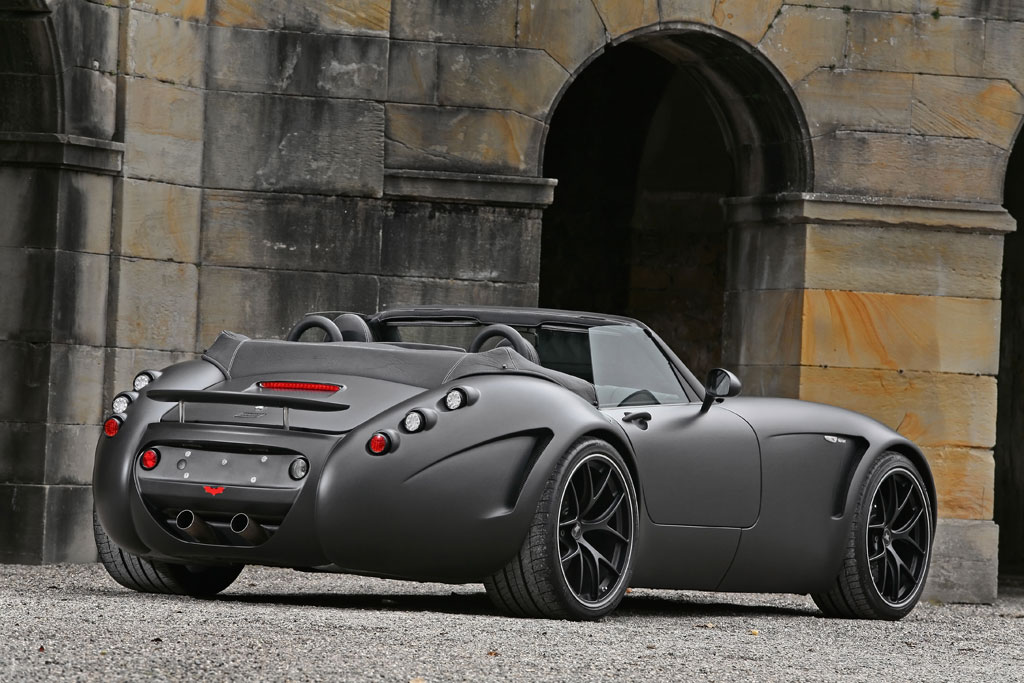 SchwabenWhoNow? We asked ourselves the same thing. Turns out this company – based in the Stuttgart suburb of Münchingen – deals primarily in automotive vinyl wraps, but has been known to hop up more than a few of the cars it has dressed in plastic pajamas. And this matte black Roadster MF5 – nicknamed the Black Bat – is one of them. It was on the receiving end of a re-mapped ECU, freer-flowing intake system parts, and a high-flow exhaust system with three-way catalytic converters and stainless steel mufflers, all sourced from Swiss tuner Dähler. The result is 600 normally-aspirated horsepower and a voice that, if we had to guess based on the exhaust note of a stock E60 M5, sounds like a three-headed grizzly bear having sex inside an erupting volcano.

SchwabenFolia says that 600hp is enough to blast this not-so-stealthy bomber to 62 mph from rest in 3.5 seconds on its way to a top speed of 199 mph. That’s mighty fast; too fast, in fact, for onlookers to even catch a good look at the 20” BBS forged aluminum wheels, much less the map of the Nürburgring embossed into the driver’s door jam or the tiny red bat logo on the rear bumper that would no doubt prompt at least a few wiseasses to inquire on the whereabouts of Robin and why you aren’t wearing your mask. 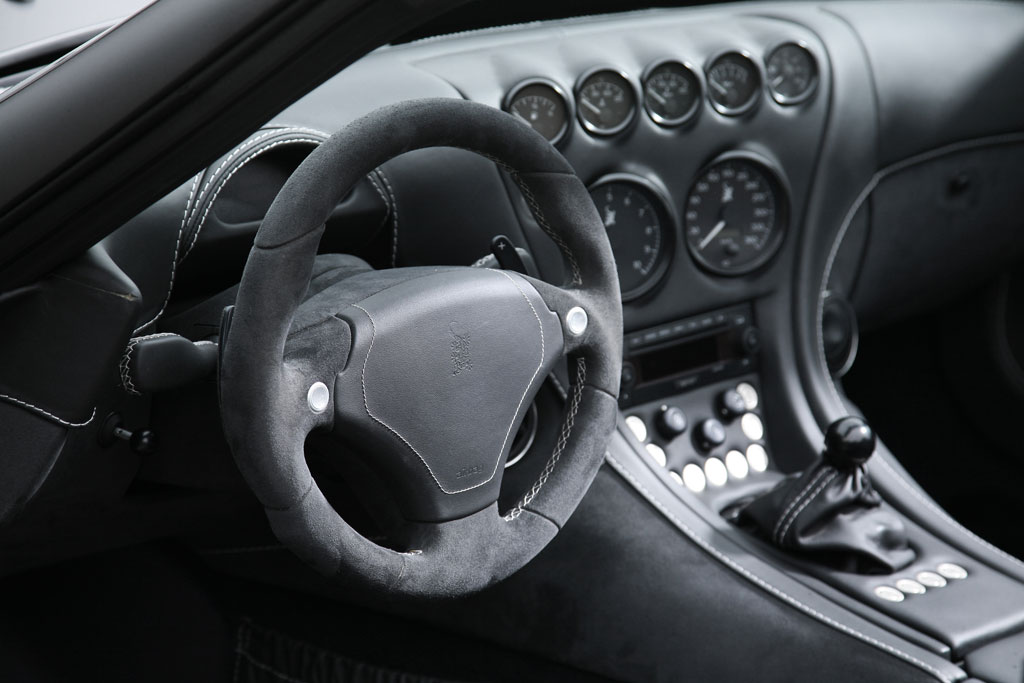 Want one of these? Too bad. This will probably be the only Black Bat, since Wiesmann only built 30 Roadster MF5s with the now-extinct S85 V10 (This car was the ninth built, in case you’re keeping score.). But if you can live without the goth-tastic color scheme and other little touches, we’re sure Dähler will sell you all the performance upgrade bits so you can build your own bad MF5er (You didn’t honestly expect us to go an entire article without reaching for that low-hanging fruit, did you?).