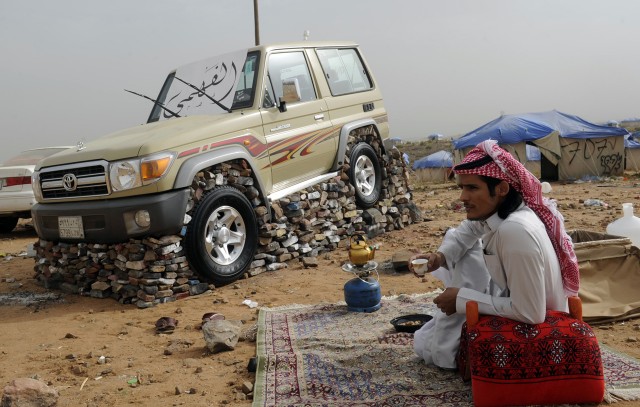 There are many different ways to display a car, be it at an organized show, an impromptu informal gathering or something in between. One could simply pop the hood to show off the engine, but some people like to go the extra mile. These people add things like information placards, trophies and awards the vehicle has won and, in the case of some super detailed show cars, raise them off the ground and place mirrors underneath to make it easy for observers to check out the spotless chromed and powdercoated undercarriage.

Then there are these young men from the town of Abha, Saudi Arabia. Apparently one of them one day started piling bricks, rocks and what have you not only under his car, but also around the tires and inside the wheel wells. The result was a vehicle that appears to be in a stony state of suspended animation and, as you can see, this bizarre, labor-intensive idea has really taken off.

Almost as fascinating as the trend itself (which doesn’t seem to have an actual name yet) is the sheer variety of vehicles that have been subjected to it. While most appear to be Toyota Land Cruisers and Hilux pickups, Toyota products as pedestrian as a late model Camry and Avalon, as well as a couple of classic Cressidas, have been “plinthed” (Yeah, that’s what we’re calling it until someone comes up with something catchier.). Other Japanese machinery includes a Mitsubishi Lancer and a Mazda 6.

And lest you assume these lads only get their rock on with Japanese cars, the video below also shows a current generation Chevrolet Suburban and a 1970s or ‘80s GMC stepside pickup. We wouldn’t be surprised if some European iron has also been stuffed with stones. However, we would be surprised if someone did this to a truly high-end luxury car or sports car. 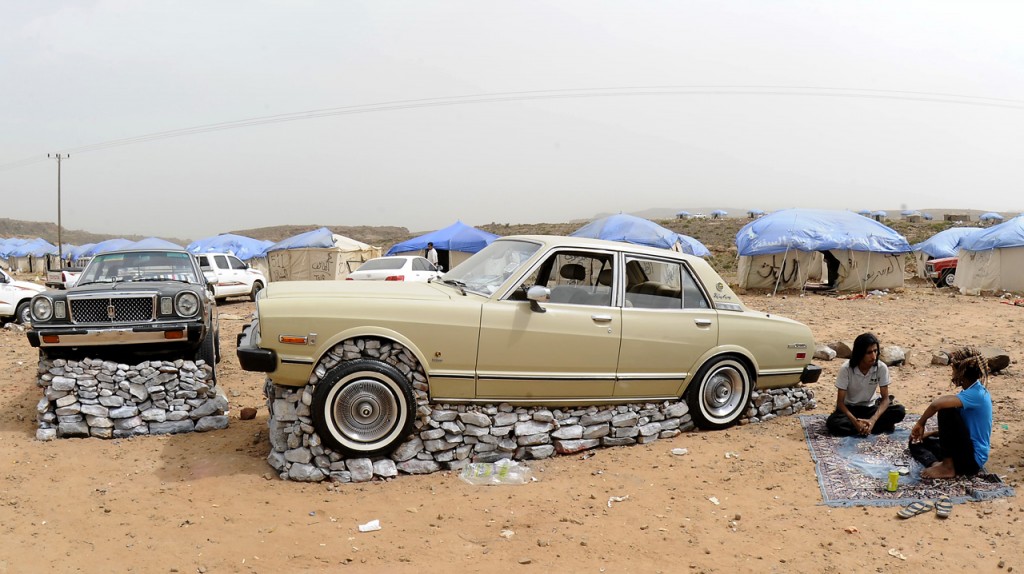 We aren’t entirely sure what to make of this trend. Surely this can’t be good for the suspension, but the visual effect it creates in intriguing. Can we see it migrating to this part of the world? Well, stranger things have happened, but the ground at the venues for most car gatherings in the U.S. isn’t littered with bricks and rocks, so that could prove problematic. If nothing else, we’d like to see more Saudi hoons plinthing their cars and less of them partaking in the off-the-charts dangerous activity of hagwalah, or high-speed highway drifting.