Rumor Has It: Callaway Corvette Stingray AeroWagon Headed for Production

The 2014 Chevrolet Corvette Stingray – the fastest, most powerful and most technologically-advanced base Corvette in history – is just now starting to show up at dealers. And while we would be quite satisfied with the C7’s 455 horsepower (460 horsepower with the optional sport exhaust system), plenty of Stingray buyers and would-be Stingray buyers are already itching for more. That’s where aftermarket tuners enter the equation.

And one tuner whose history is closely entwined with that of Chevrolet’s flagship is Callaway. The company’s twin-turbo kit for the C4 in the late 1980s and early 1990s was so seamlessly integrated that GM treated it as a full-fledged factory-approved option package (assigning it the ordering code B2K). The C5-based C12 featured extra power and wider, considerably more European looking bodywork. And the supercharger kit for the C6 ‘Vettes transform them into ravenous beasts. So what does the Connecticut-based company have in store for the C7? If you believe the word on the street, it’s something very different. 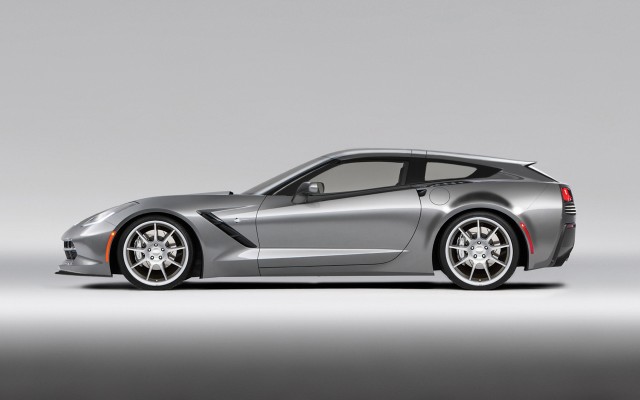 Earlier this year, not too long after Chevrolet unveiled the new Stingray, Callaway released some renderings of a curious creation called the AeroWagon. Basically it was a Corvette Stingray with a new rear hatch and quarter windows, creating a sort of Corvette shooting brake. Callaway said it would consider putting the AeroWagon conversion into limited production if enough people expressed an interest in it. Well now sources in Old Lyme are saying that has happened, and construction of these new station-wagon-esque rear hatches (using Callaway’s proprietary Resin Transfer Molding process to put a composite skin over carbon fiber structural elements) will begin soon. Unfortunately, the price has ballooned from $15,000 to $22,995, or roughly the price of a clean, average-mileage C5 Z06. 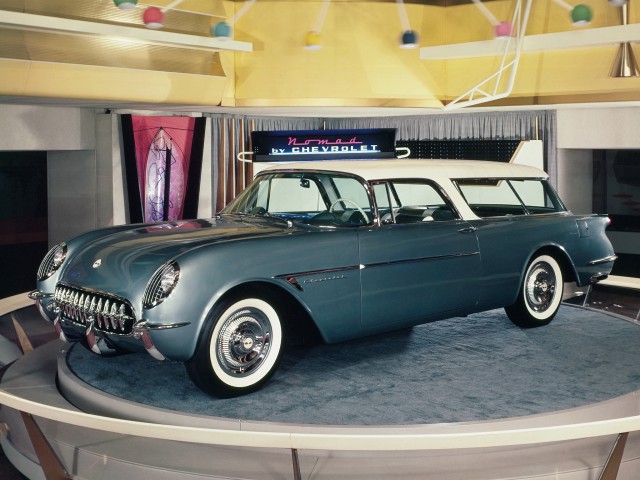 While some folks might wonder why anyone would want a Corvette wagon, we say why wouldn’t you want a Corvette wagon (especially if it boosts the stock ‘Vette’s top speed and fuel economy, as Callaway claims the AeroWagon kit will)? And for those objecting to it on the grounds that Chevy would never consider releasing such a confounding chimera, allow us to remind you of the 1954 Corvette Nomad conceptpictured above. This snazzy shooting brake was one of the stars of that season’s Motorama tour (GM’s annual traveling circus of concept and production cars), and although the production Nomad that followed in 1955 was based on that year’s all-new Chevrolet passenger car line, the fact remains that the prototype was a Corvette wagon. So…yeah.