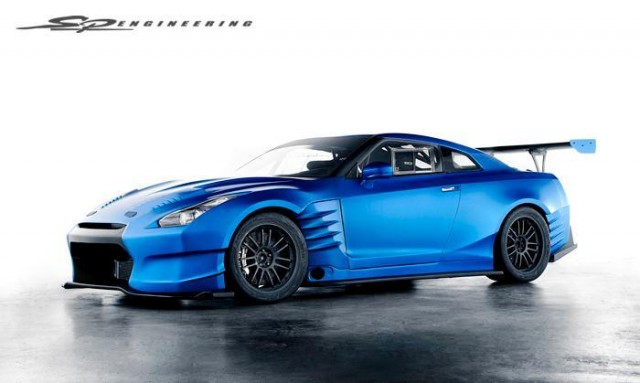 When The Fast and the Furious was released in 2001, one of the tastiest forbidden fruits in the sport compact world was the Nissan Skyline GT-R (then based on the R34 generation Skyline). Twelve years later, the R34 GT-R’s successor, the Nissan GT-R (codenamed R35) is available in the U.S. (as are two other Japanese factory hot rods that weren’t available Stateside in ’01, the Subaru Impreza WRX and Mitsubishi Lancer Evolution). Additionally, four more Fast and Furious movies have been made.

And because Hollywood never met a cash cow it couldn’t milk until it turned into jerky, a sixth installment of the franchise – titled simply Fast and Furious 6 – is in the works and on course for release on May 24. And while many fans will be familiar with this flick’s human stars (since most of them have been in at least one previous Fast and Furious movie), the four-wheeled stars are relative unknowns. So let’s meet one of the automotive headliners, a bulging blue GT-R. 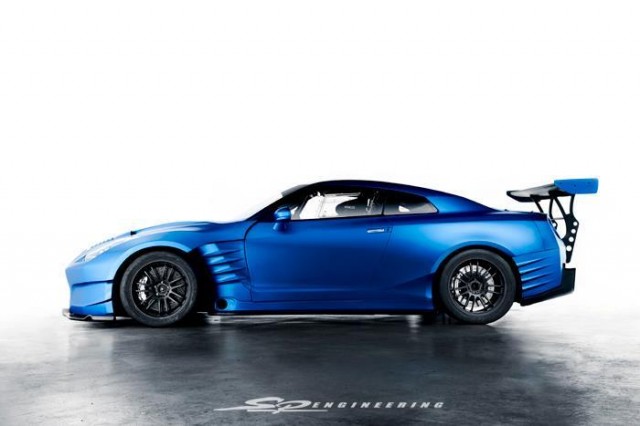 Built as a cooperative effort between R’s Tuning and SP Engineering, this blue meanie is dressed in a smorgasbord of body kit parts from manufacturers like Seibon, AMS and AeroCatch. The longer, louvered hood and mail-slot of a grille give this Godzilla a more rakish, pseudo Z Car snout. The widened fenders are accented by strakes and allow for the fitment of fatter wheels and tires. And the jumbo wing and rear diffuser sandwich a massive, single exhaust pipe that has been relocated to the rear license plate recess. The alterations are pretty radical, but given how radically altered the cars featured in these movies have been over the years, it’s hardly surprising. 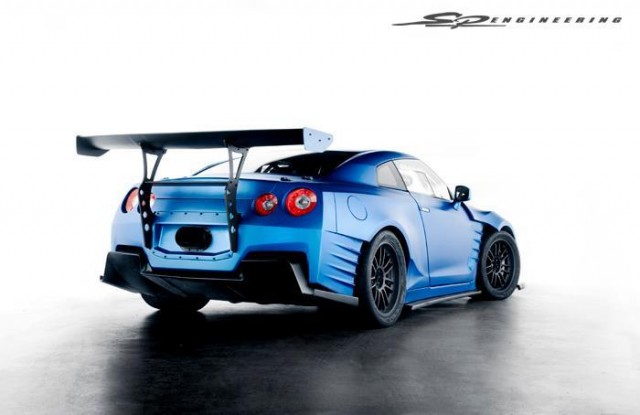 What is surprising, though, is that the people behind this AWD demon not only added to its show factor, but also its go factor. To wit: They fitted one of Switzer Performance’s P800 kits. As its name implies, the P800 kit raises the 3.8L twin-turbo V6’s output from 545hp to 800hp. There’s also an HKS downpipe and a new Y-pipe. Oh yes, this GT-R more muscular and, as you’ll hear in the video below, has the voice to match. And to make sure that newfound ability to go doesn’t overwhelm its ability to stop, R’s Tuning and SP Engineering fitted Weapons Grade Performance carbon ceramic brake rotors and Endless brake pads.

Suffice to say, this juiced-up Nissan threatens to steal more than a few scenes from Paul Walker, Vin Diesel, Jordana Brewster et al. And you know what? We’re okay with that. 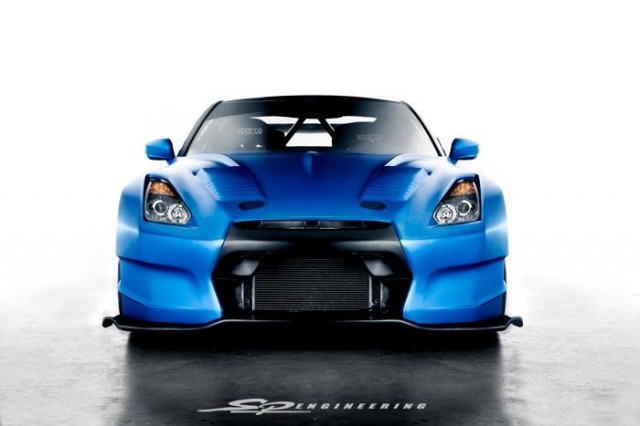 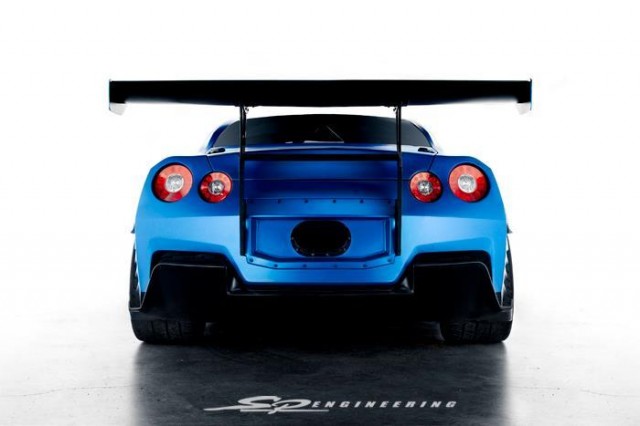