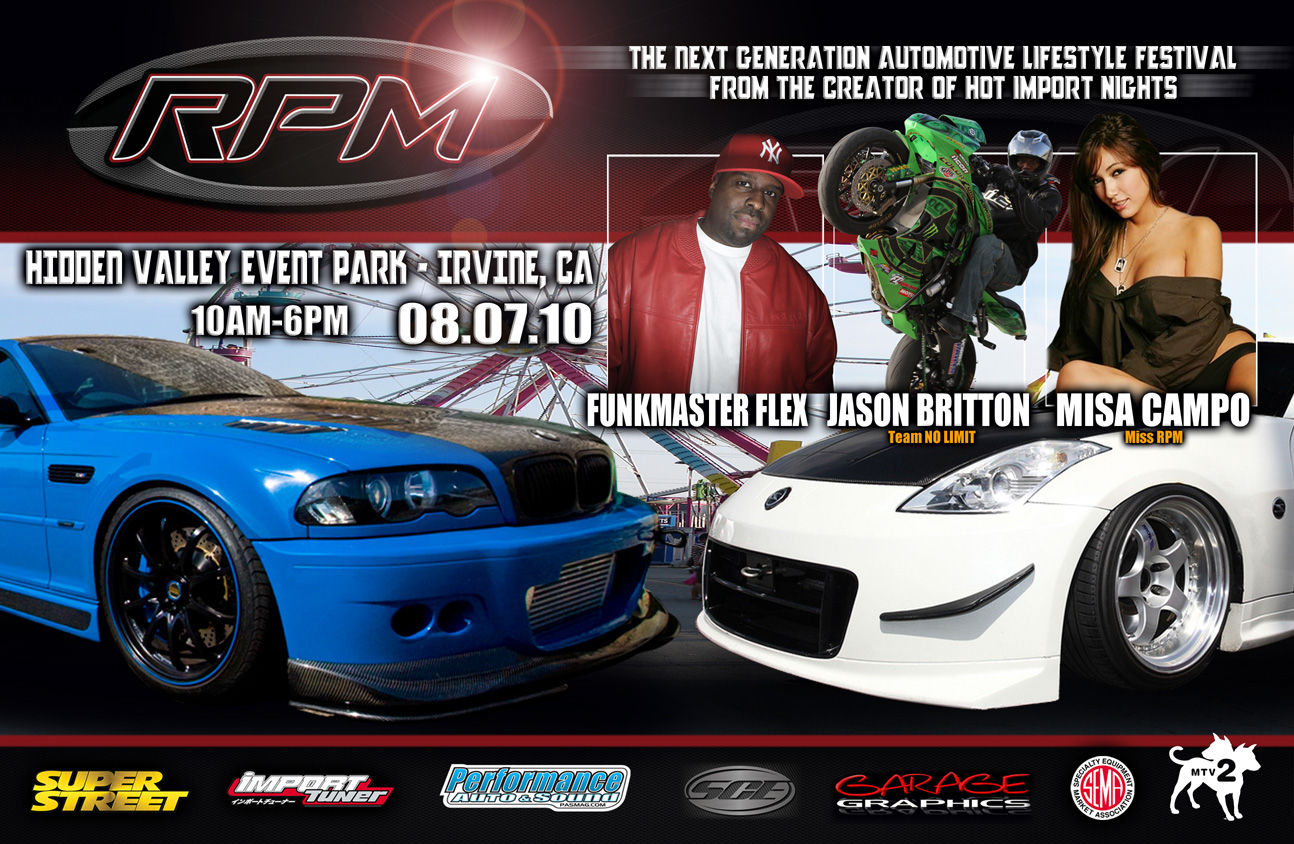 The RPM Event Series burst onto the scene and quickly became the most anticipated event series of the year. The first event held in Chicago did not disappoint as hundreds of cars and thousands of fans packed Chicago’s Soldier Field for RPM’s inaugural event. Just three weeks have passed since RPM’s inaugural event and the web has been buzzing nonstop with positive feedback from car competitors, exhibitors and fans, all resulting in a huge surge in popularity for RPM across the board.

In the weeks since the Chicago event, RPM has doubled in web traffic and the rate of advance car registrations and advance ticket sales for upcoming events has also increased rapidly. In Irvine, the second stop of RPMís 4 event series, more than 25,000 sq. ft. of exhibit space has been sold, maxing out the event’s 70 acre plus floor-plan. As a result, new registering exhibitors have had to enroll on a wait-list. 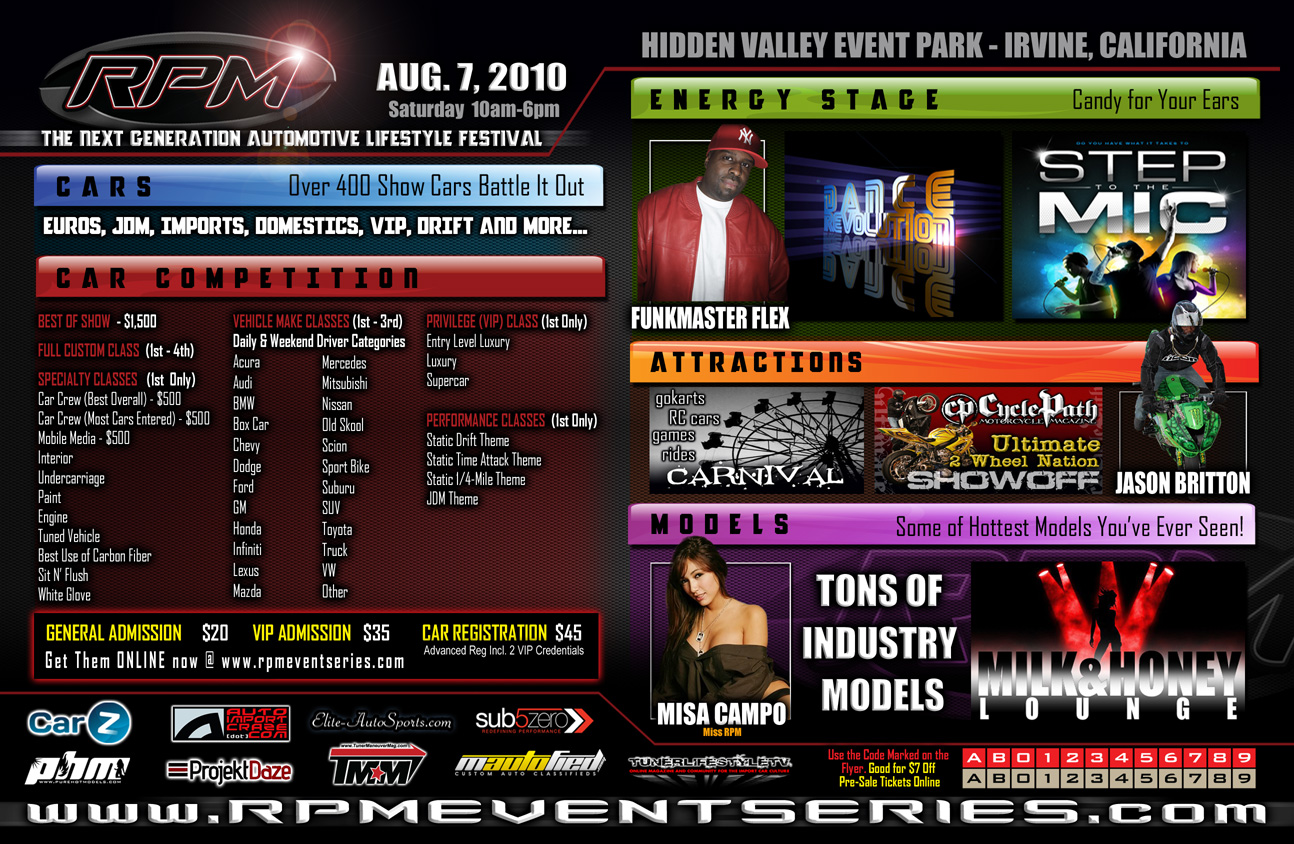 “We always knew that it would take proof of concept before we would grow. Chicago was that proof and now the growth has begun. This is just the beginning”, said, Rich Goodwin, Event Director for RPM.

The upcoming show in Irvine is the only daytime event of the series. The show will take place at Hidden Valley Event Park in Irvine California which is a small known venue that shares the same parking lot as the Verizon Wireless Amphitheater and Wild Rivers WaterPark. Hidden Valley was once a wild animal theme park called Lion Country Safari until the early 80’s when an elephant escaped and decided to take a jog down the 405 freeway.

After that incident, the park was shut down and the land and the remnants of the park were preserved. Eventually, the land was turned into a private event facility hosting corporate and private events and is even used partially for a children’s summer camp.

Very few public events are allowed. The venue itself boasts more than 70 acres and features winding roads flanked with grass and palm trees, tiki huts, a small amphitheater and a manmade lake, all of which are authentic to the original theme park. New additions to the facility include a ferris wheel, carnival rides, paddle boats, a go kart track and more.

The venue serves as the perfect backdrop for the show that will be featuring stunt bike exhibitions by the most famous stunt bike rider in the world, Jason Britton, West Coast Customs builds that will be on display, carnival rides, the nearly 70 exhibitors that willbe on hand, hundreds of show cars, Miss RPM Misa Campo, Industry models Jenny Chu, Corissa Furr, Jeri Lee, Nikita Esco and Alicia Whitten, and performances by America’s Best Dance Crew contestants, Boxcuttuhz, Kaba Modern and more.

Following the Irvine show, RPM will once again be heading back into the nighttime hours and this time indoors at Dallasí Market Hall on September 4th. The show will then head to Northern California for another evening indoor show on October 9 th . A possible 5th show may be added in the near future.