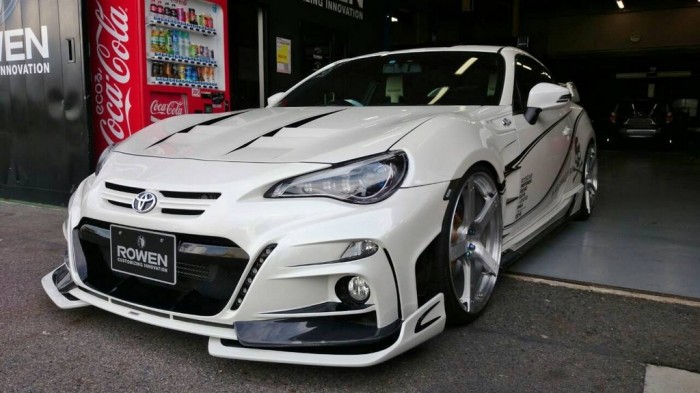 The small sport coupe wonder twins from Toyota/Scion and Subaru may be a hoot to drive on a curving road or track, but the fact of the matter is they’re rather slow in stock form. And let’s be honest: They’re also a snooze to look at, too. You could throw most automakers’ badges on a GT86, FR-S or BRZ and they wouldn’t look completely out of place. That anonymity can be a good thing to some people, but a bad thing for others. 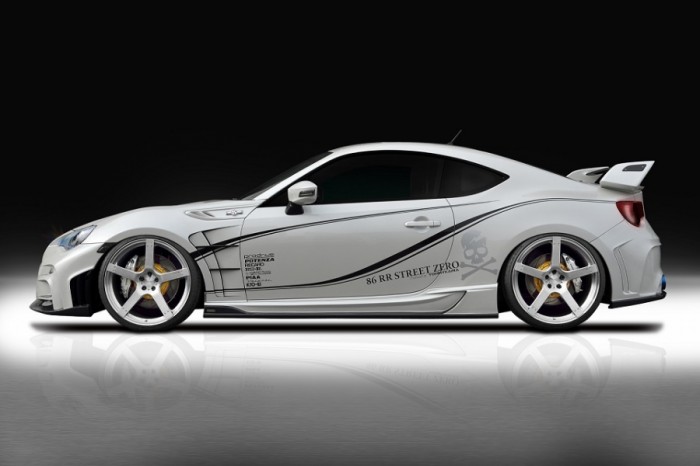 This particular Toyota GT86 from Tommy Kaira subsidiary Rowen Japan, on the other hand, does not blend in with the herd. It has been fitted with a wild body kit that features new fascias front and rear (the former incorporating an additional grille in a more-or-less conventional location), front fenders, side skirts, vented hood and a hefty rear wing. And if the body kit isn’t a big enough departure from the norm, Rowen Japan will also sell you the decal and graphics package, and you can fit a set of planet-size wheels like the five-spoke Prodrive units seen here.

And while the company doesn’t have any way to boost the 2.0L flat-four’s output by a massive amount, Tommy Kaira does offer a performance exhaust system that not only looks killer with its big quad tips, but it also sounds killer. Don’t believe us? Feast your tympanic membranes on the video below and you’ll be singing a different tune. 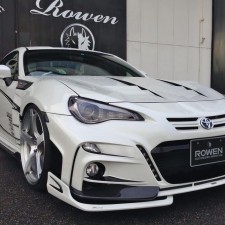 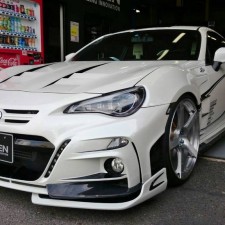 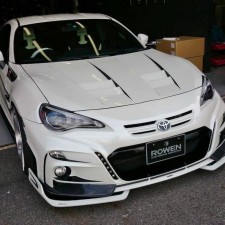 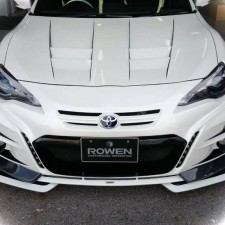 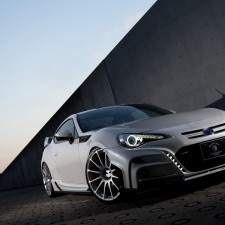 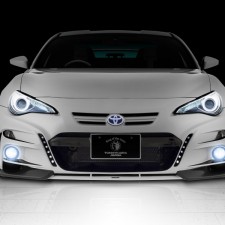 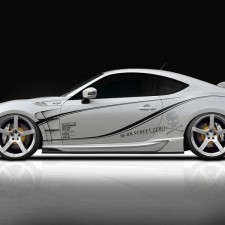