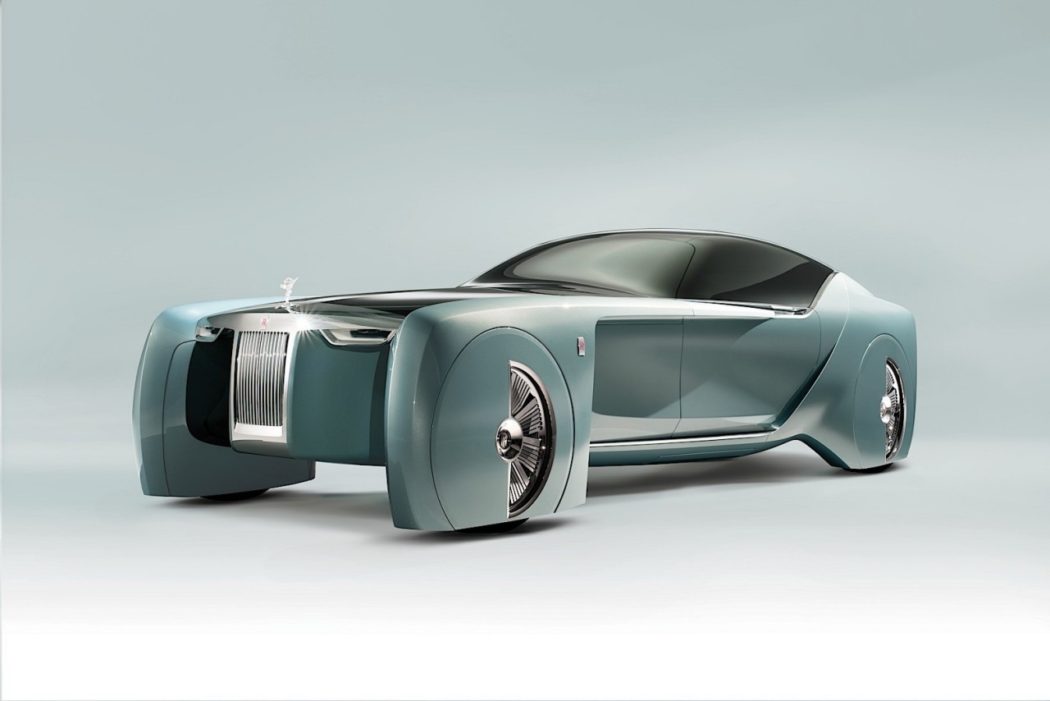 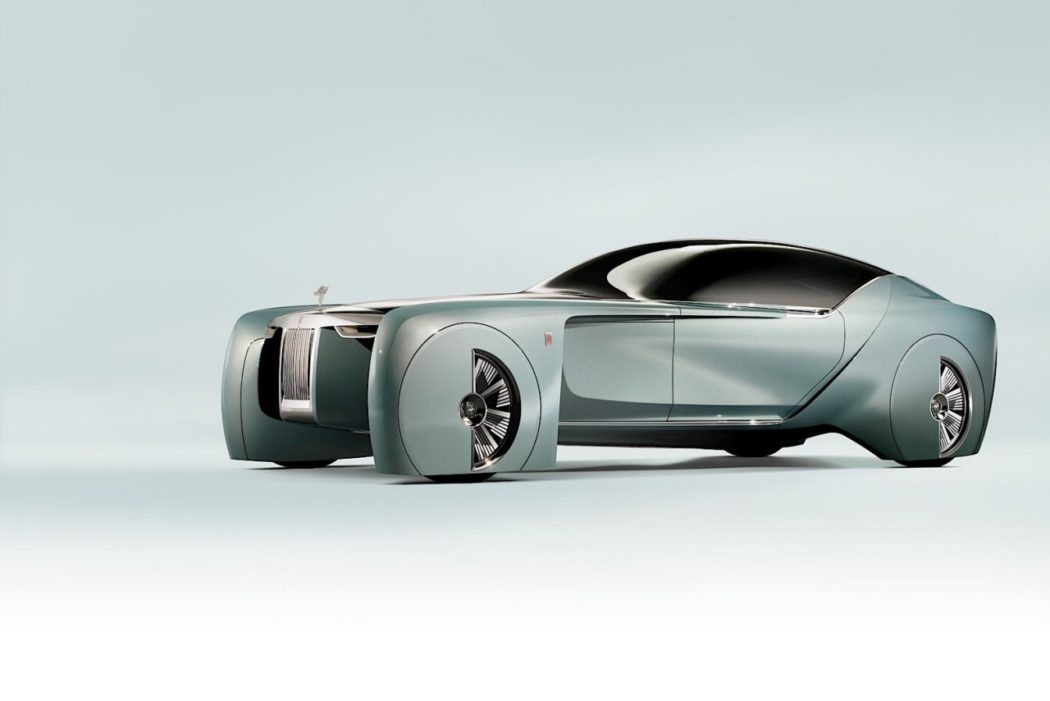 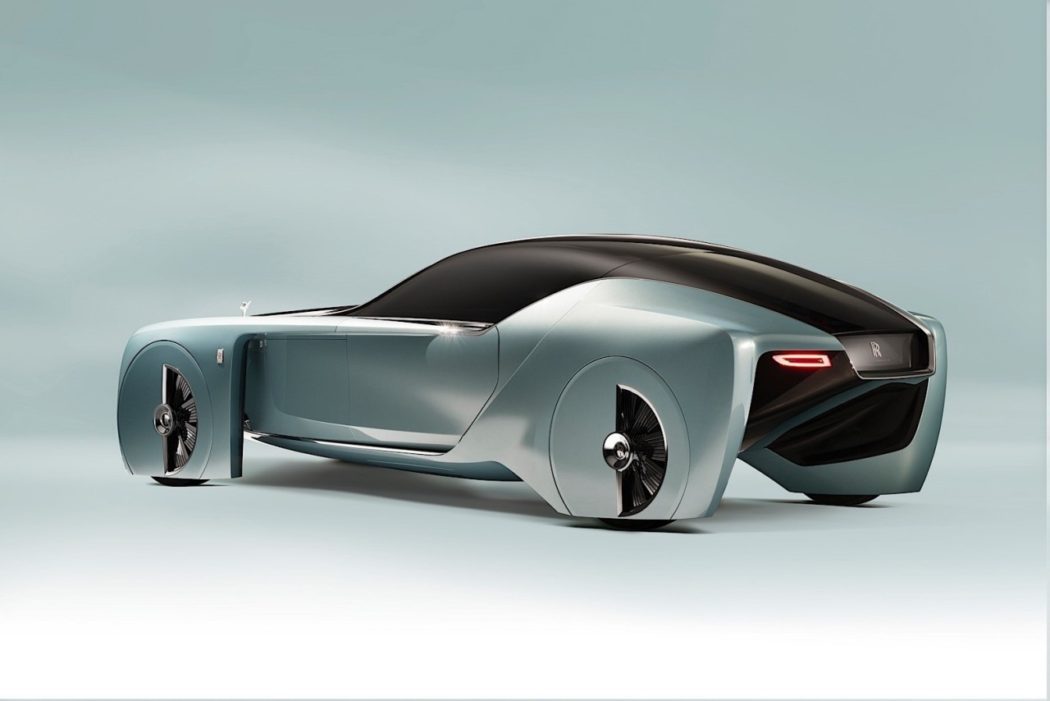 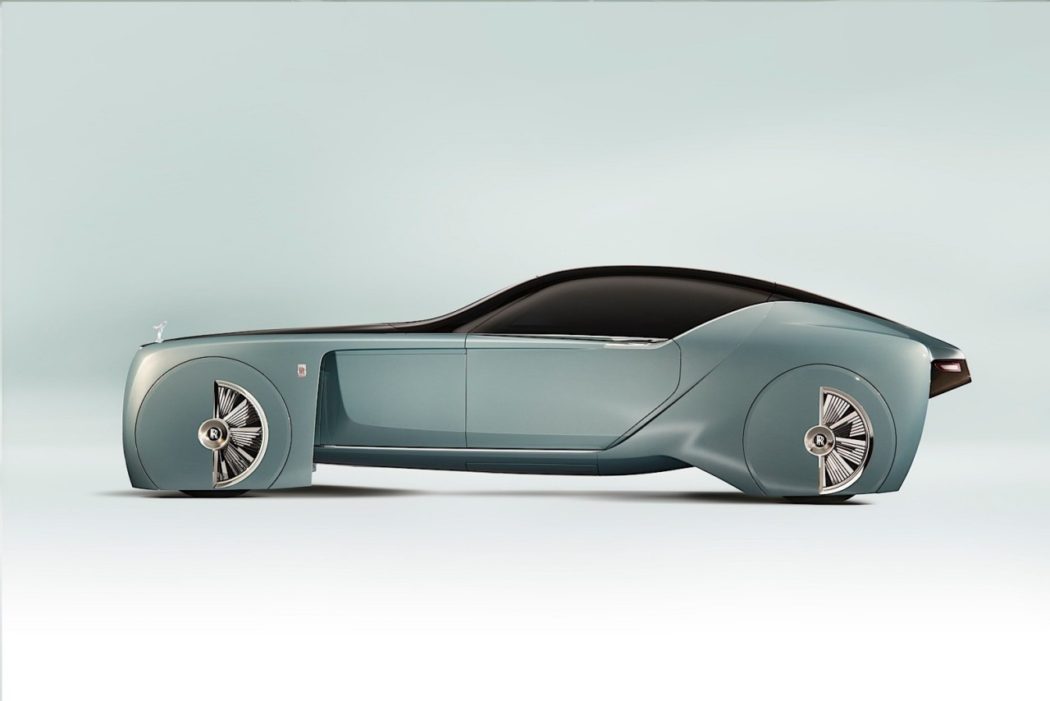 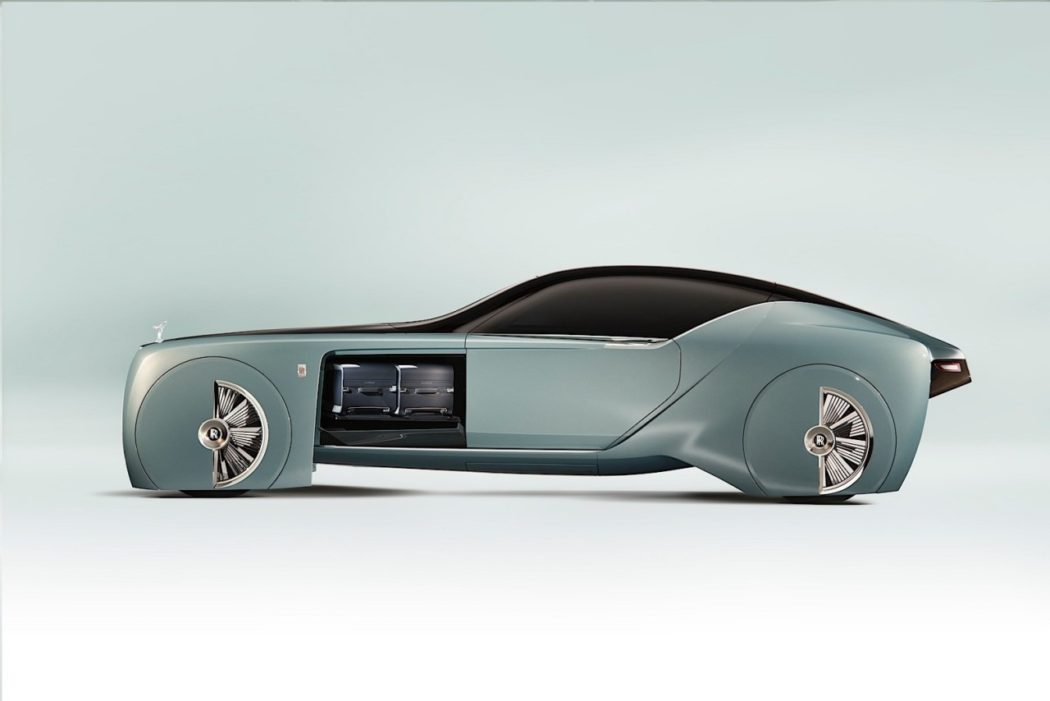 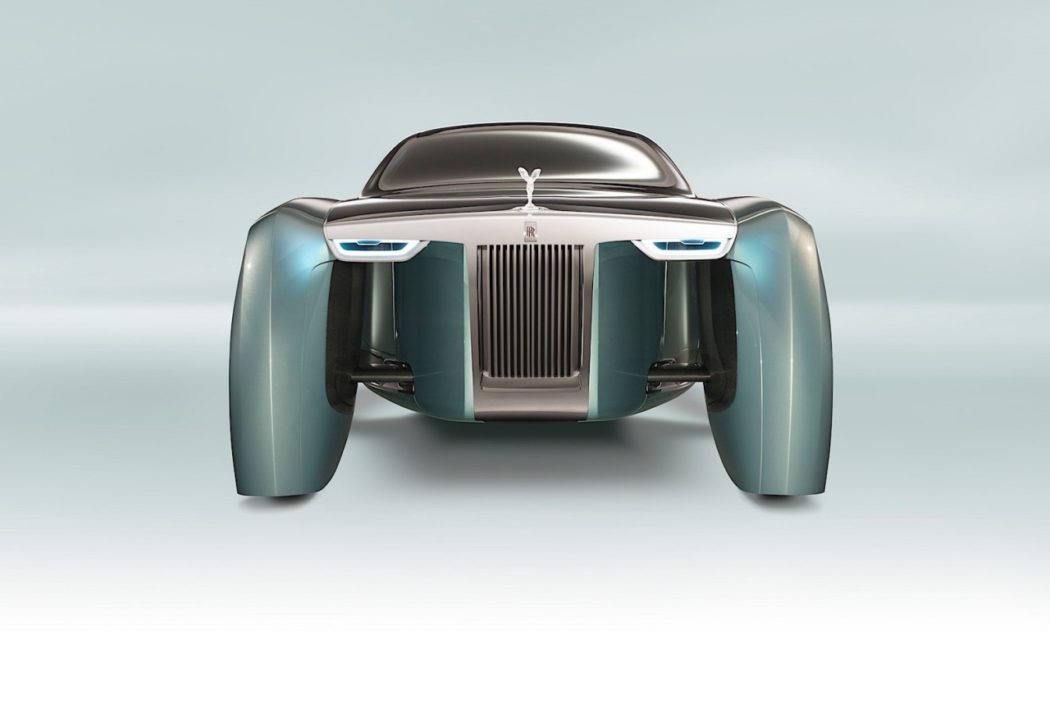 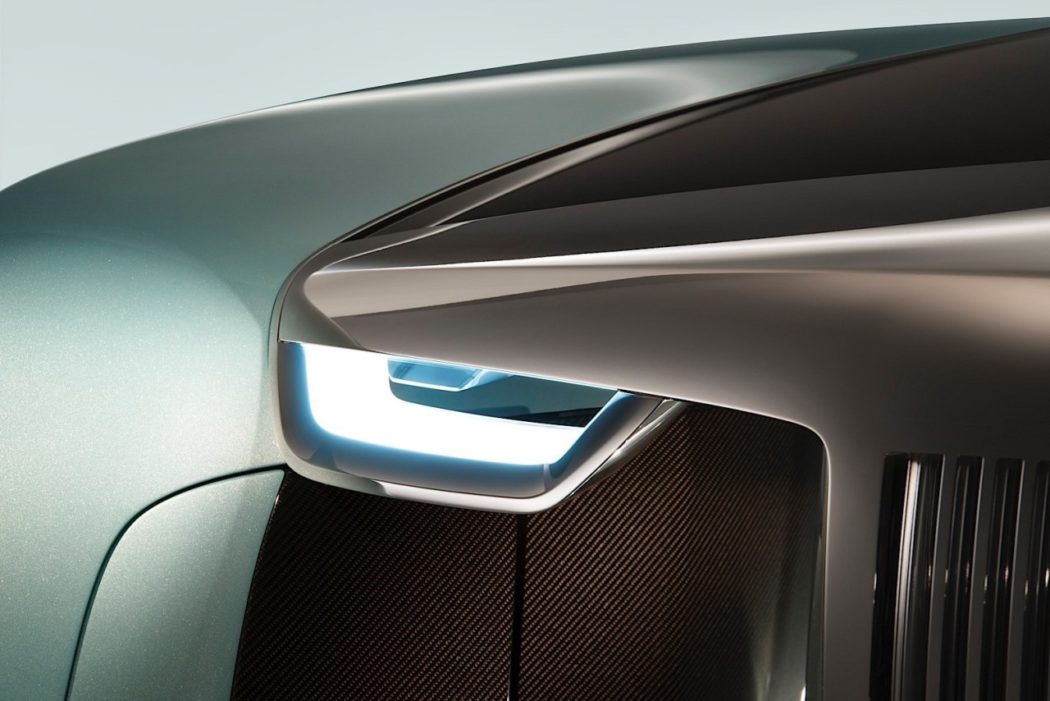 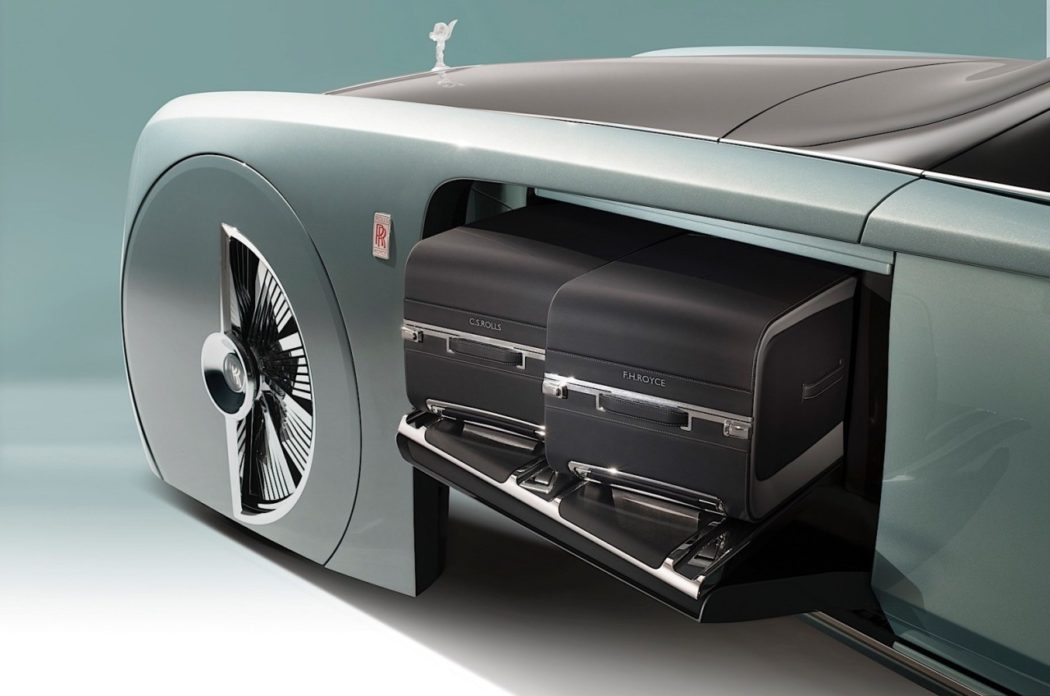 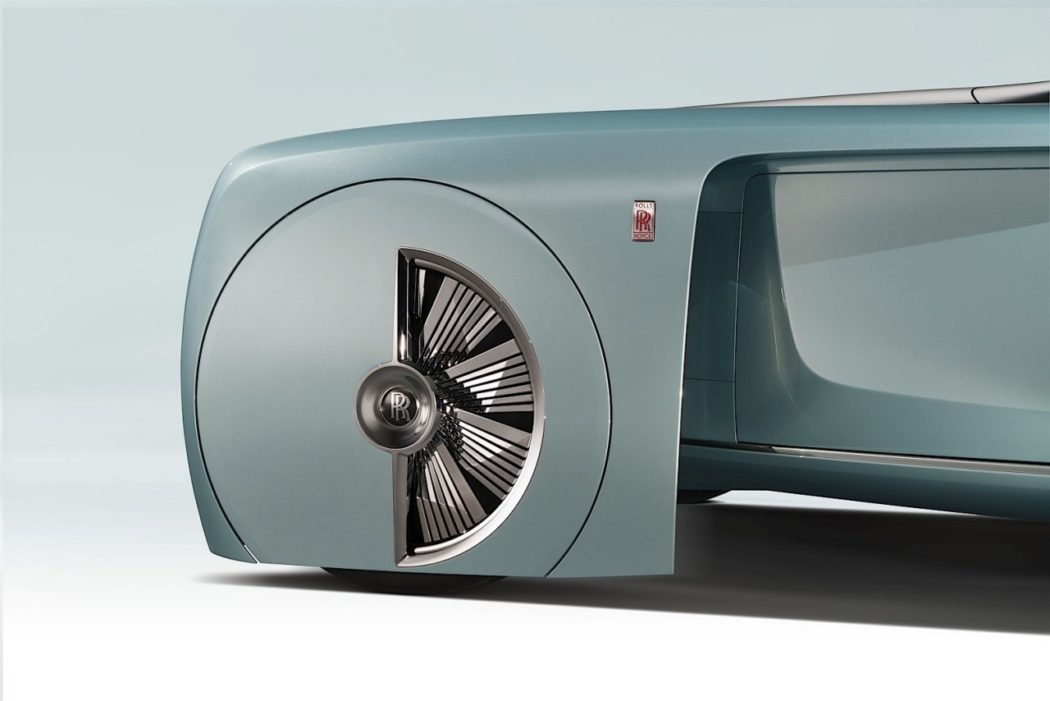 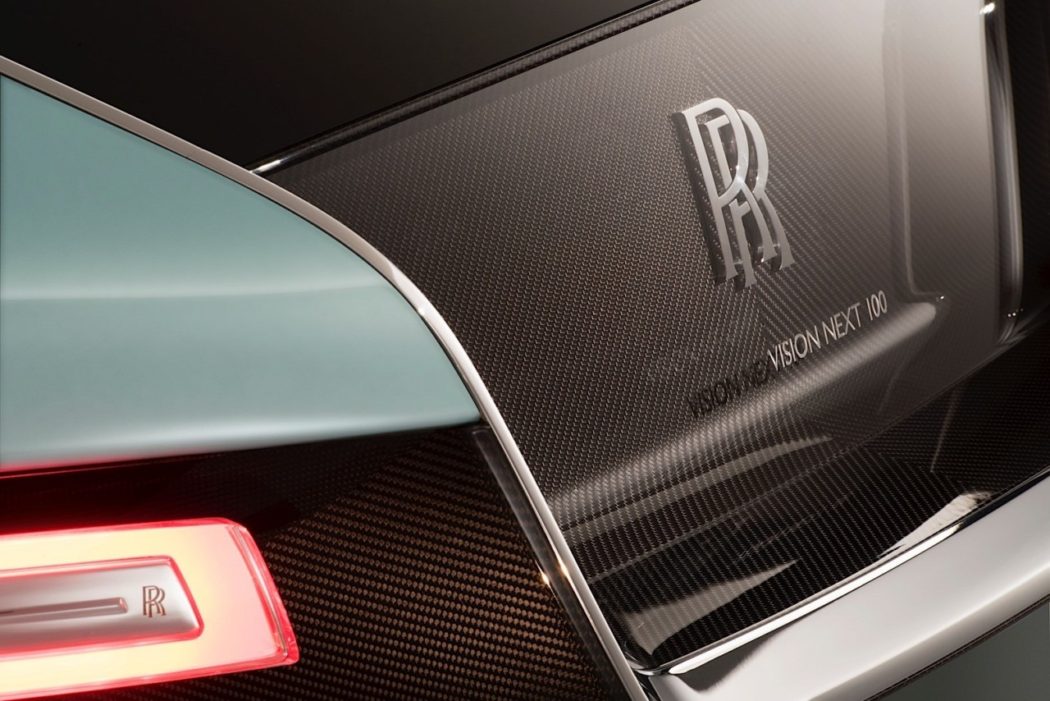 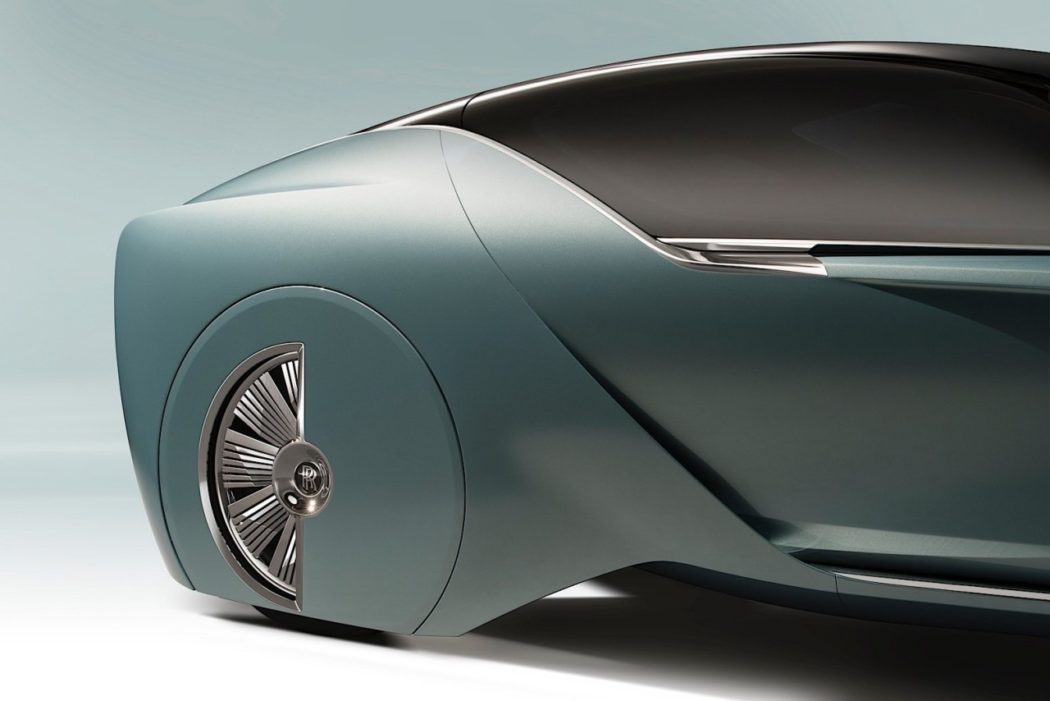 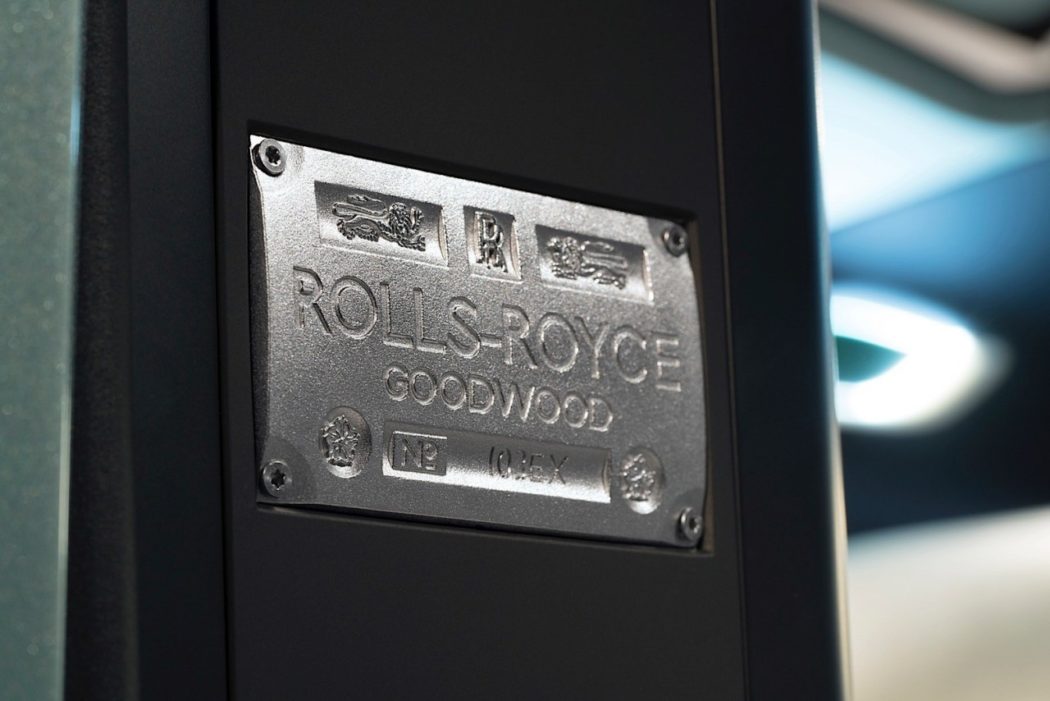 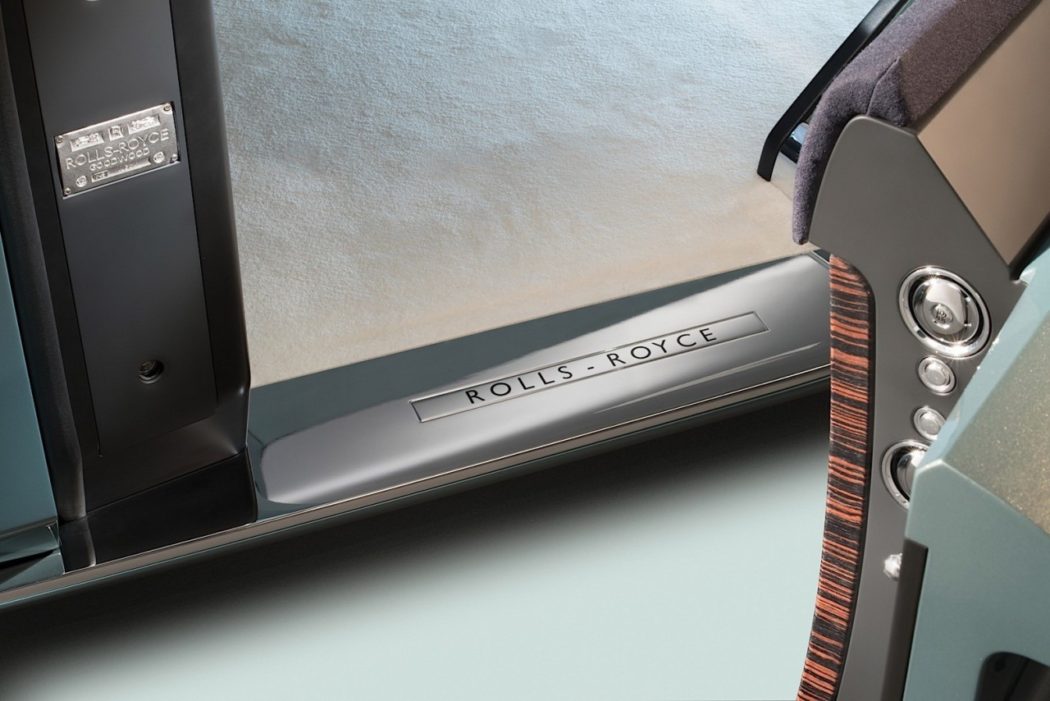 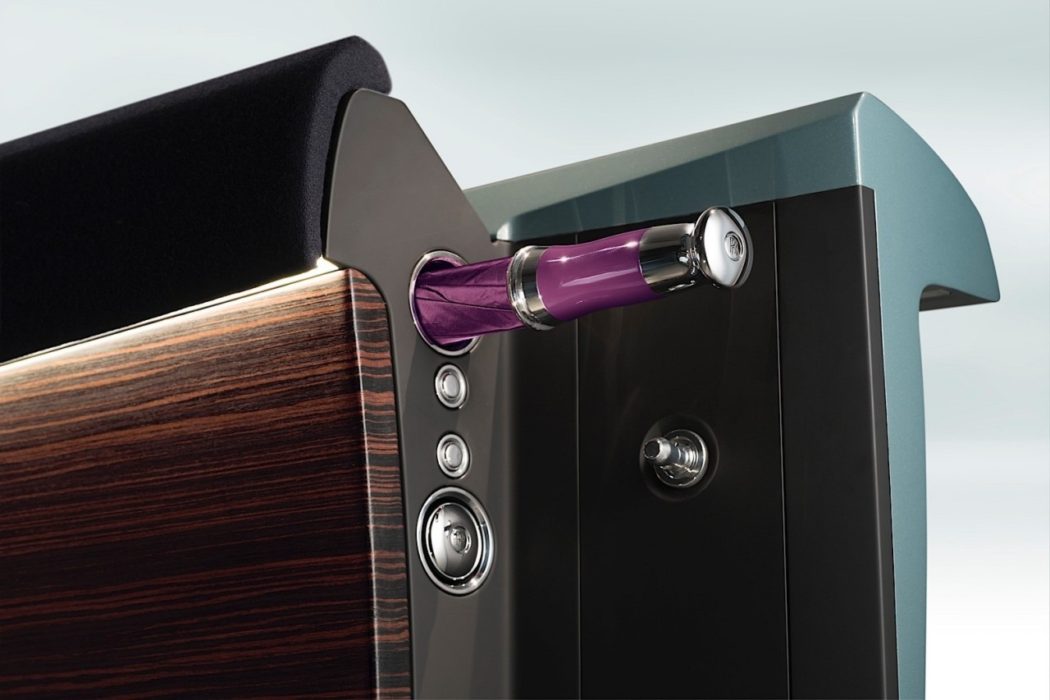 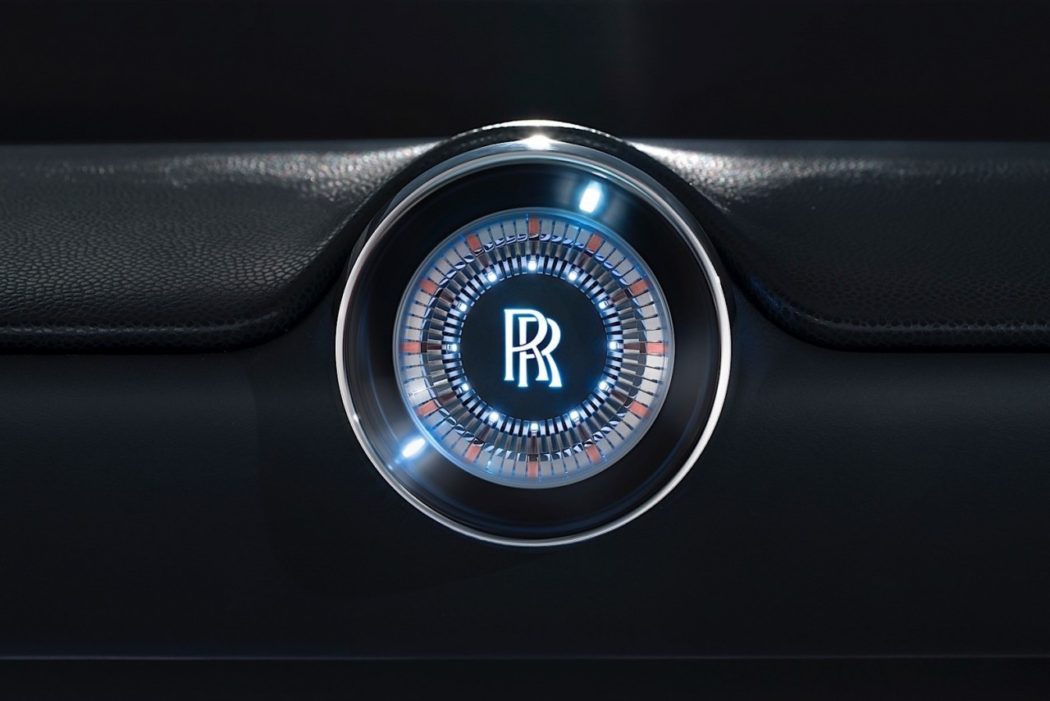 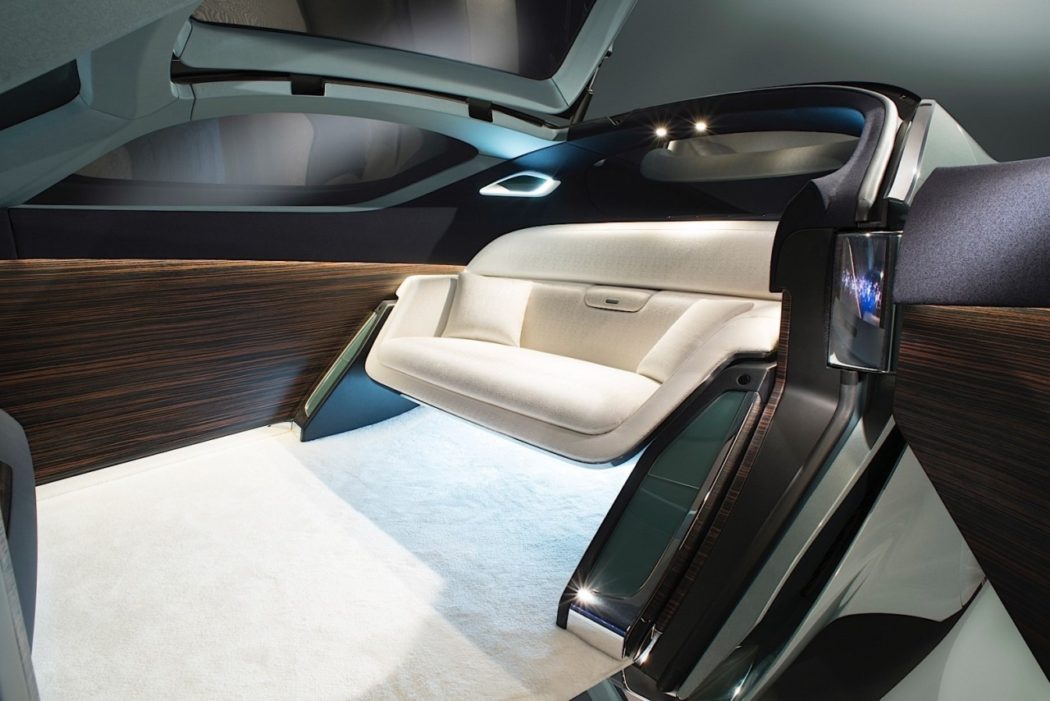 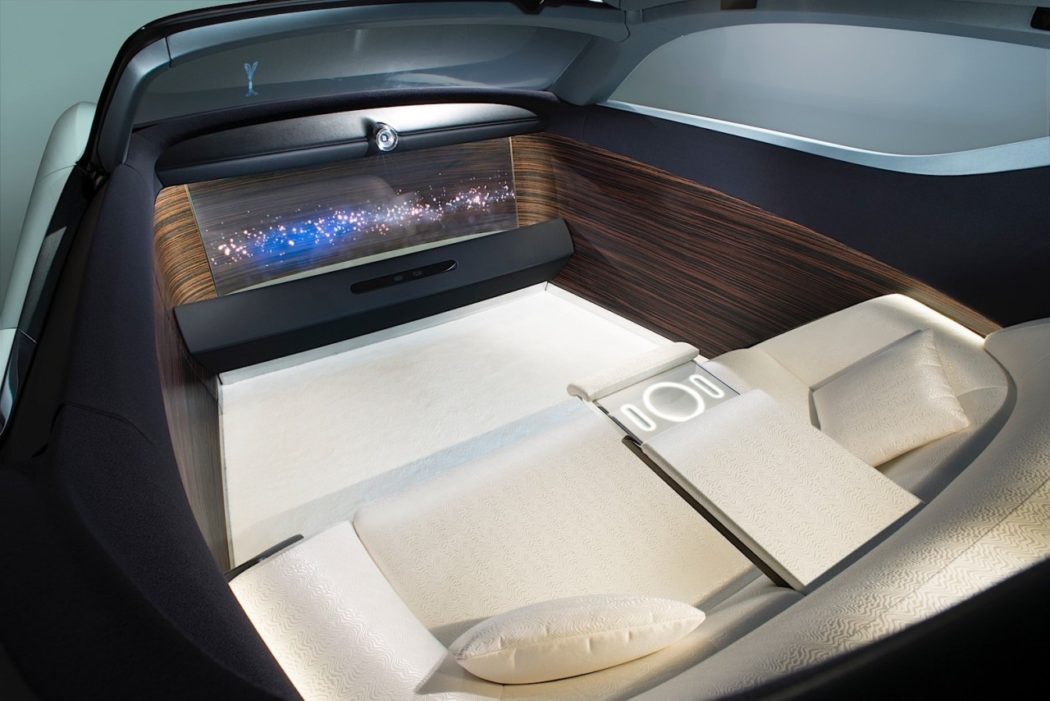 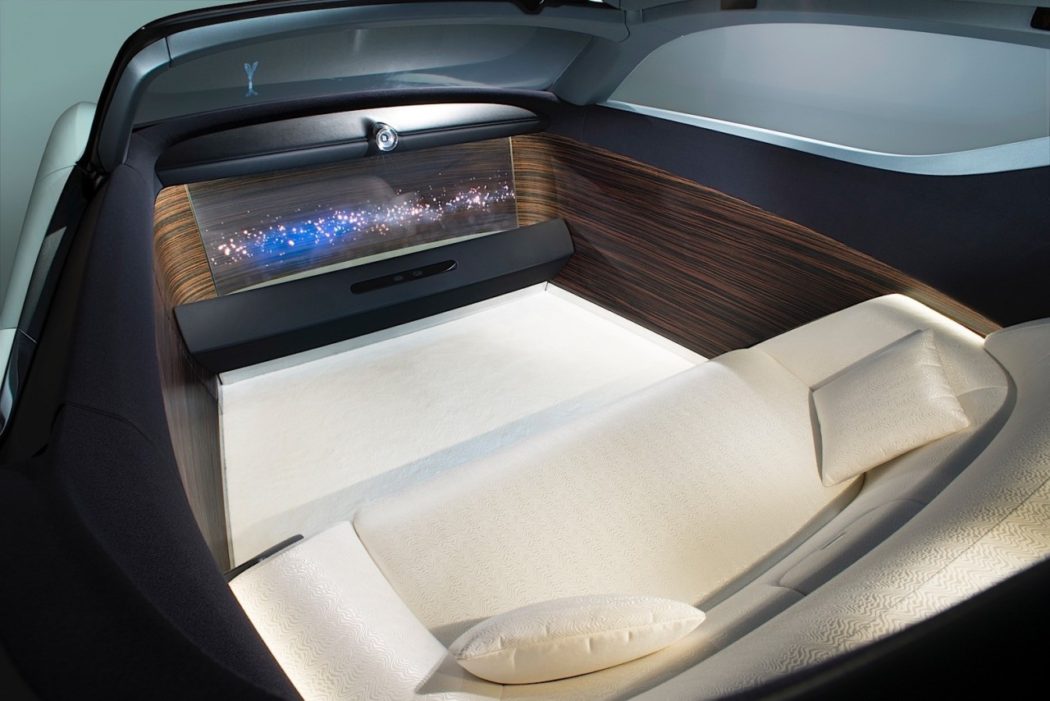 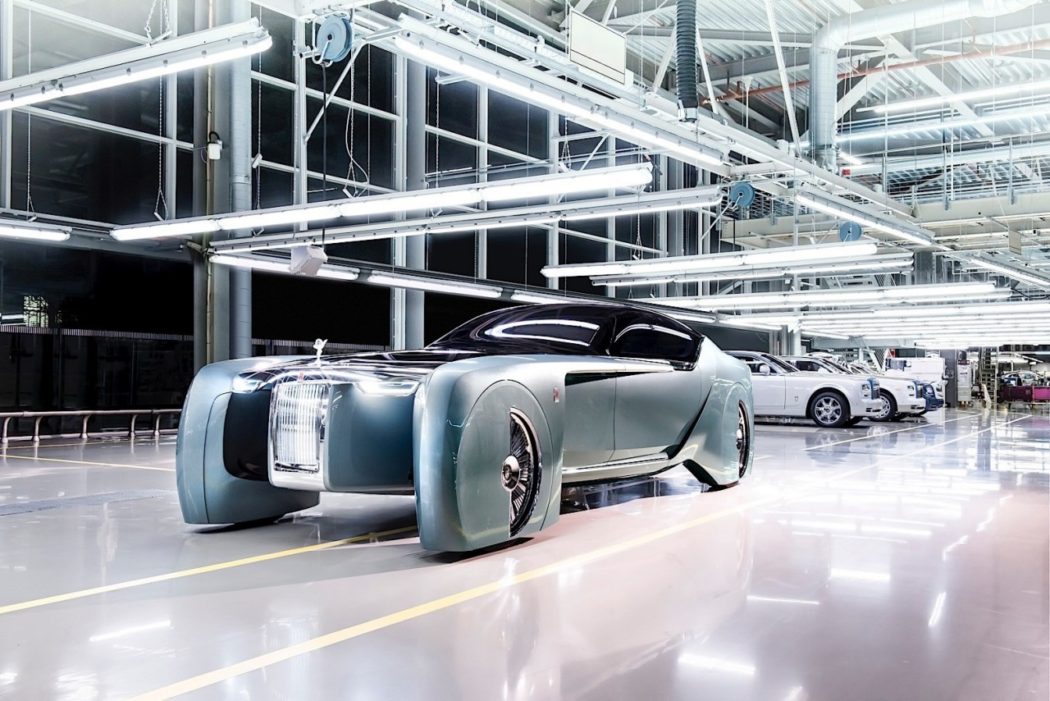 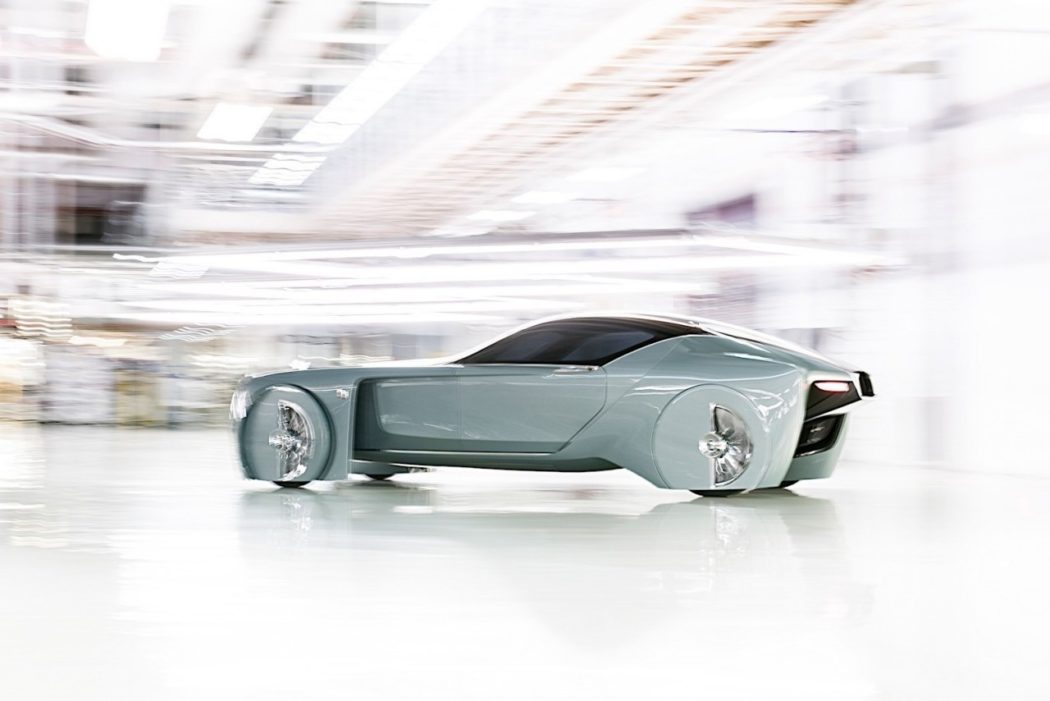 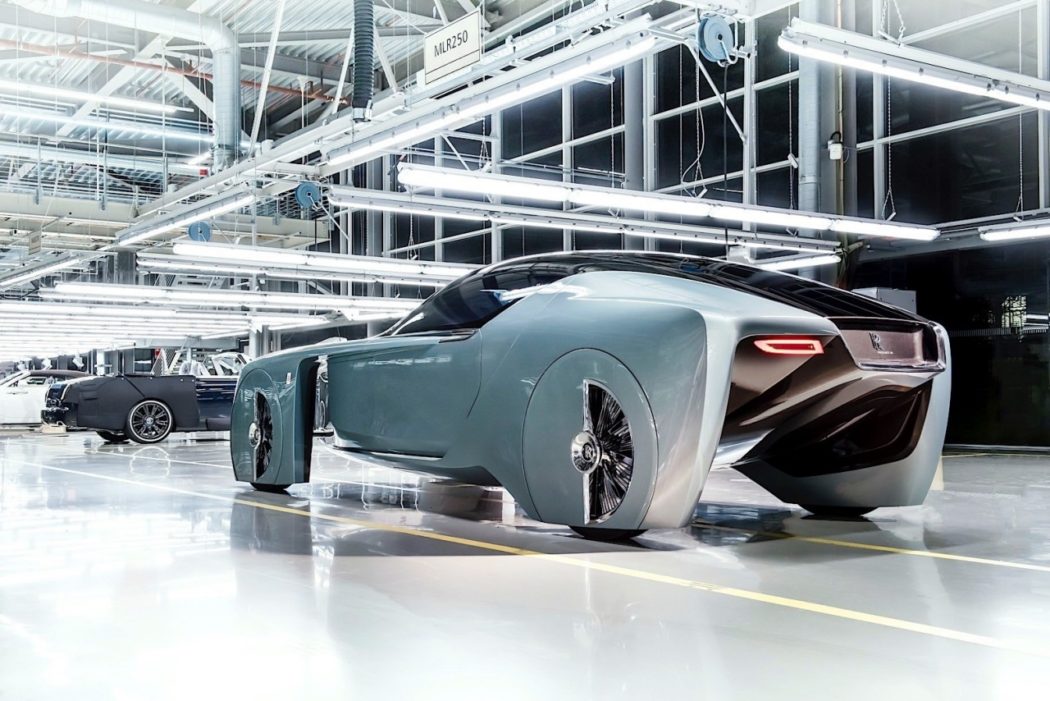 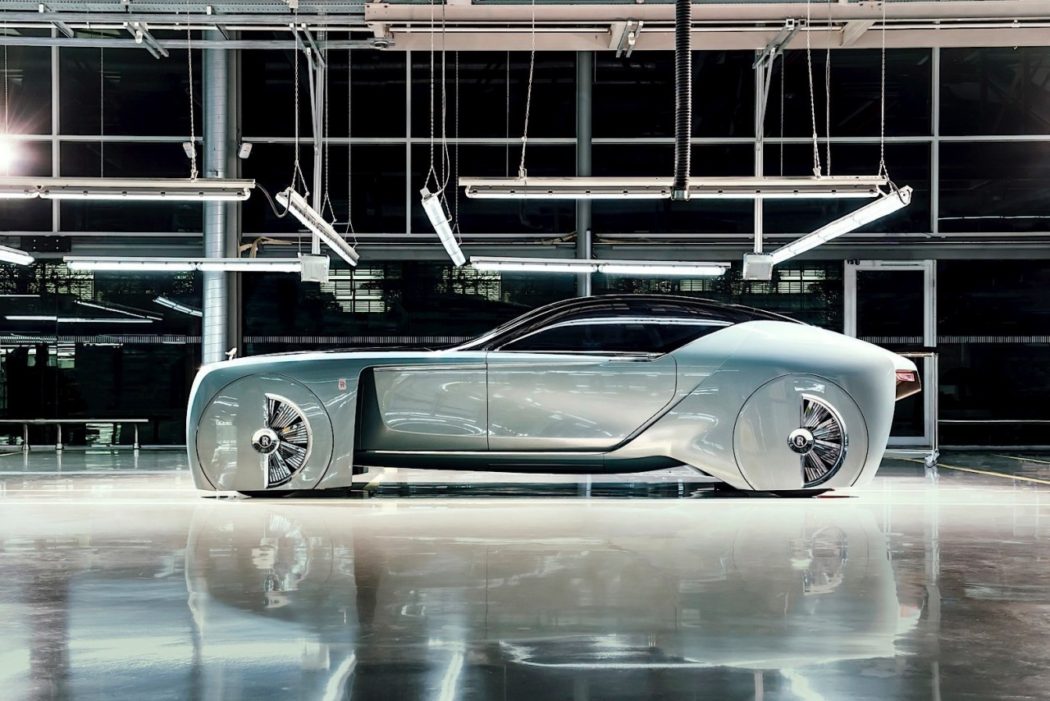 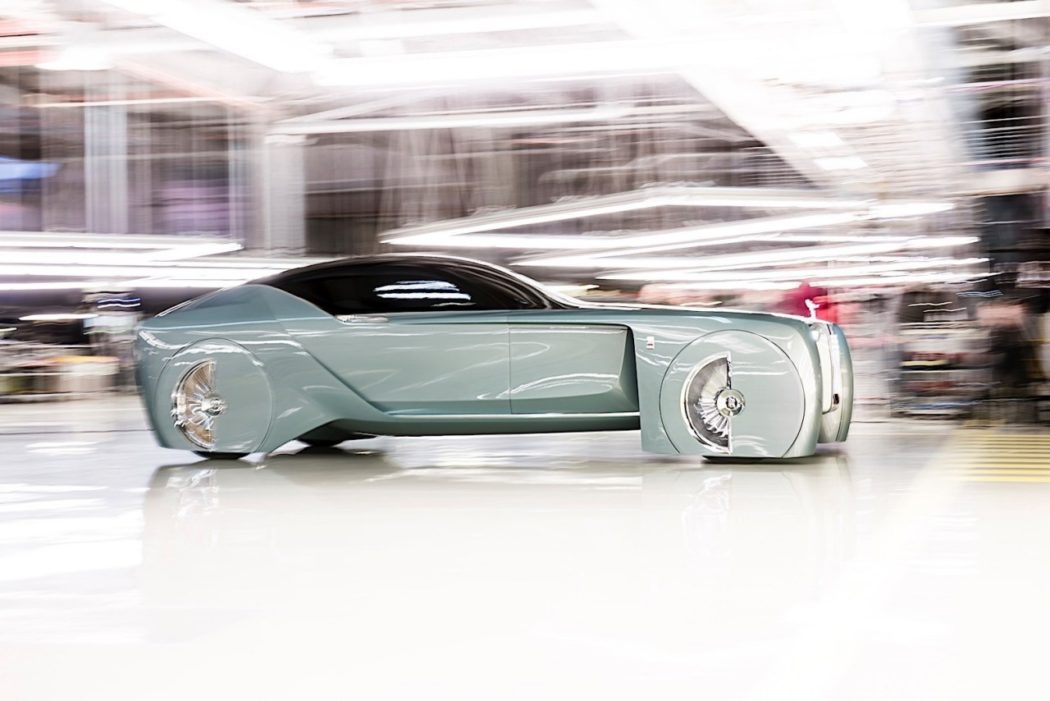 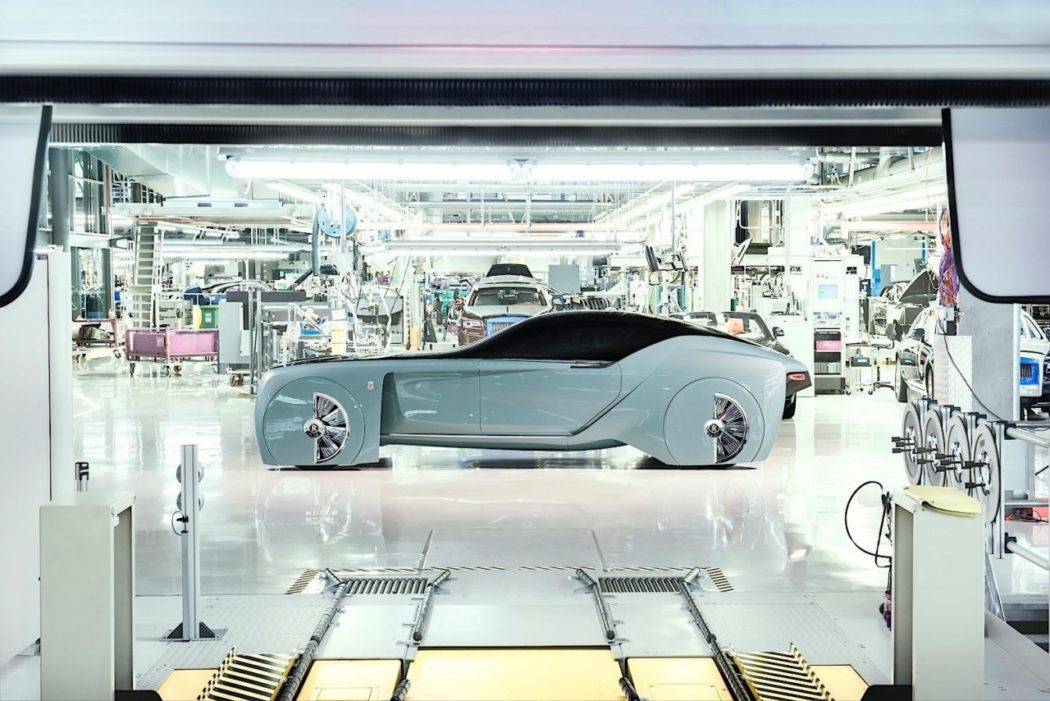 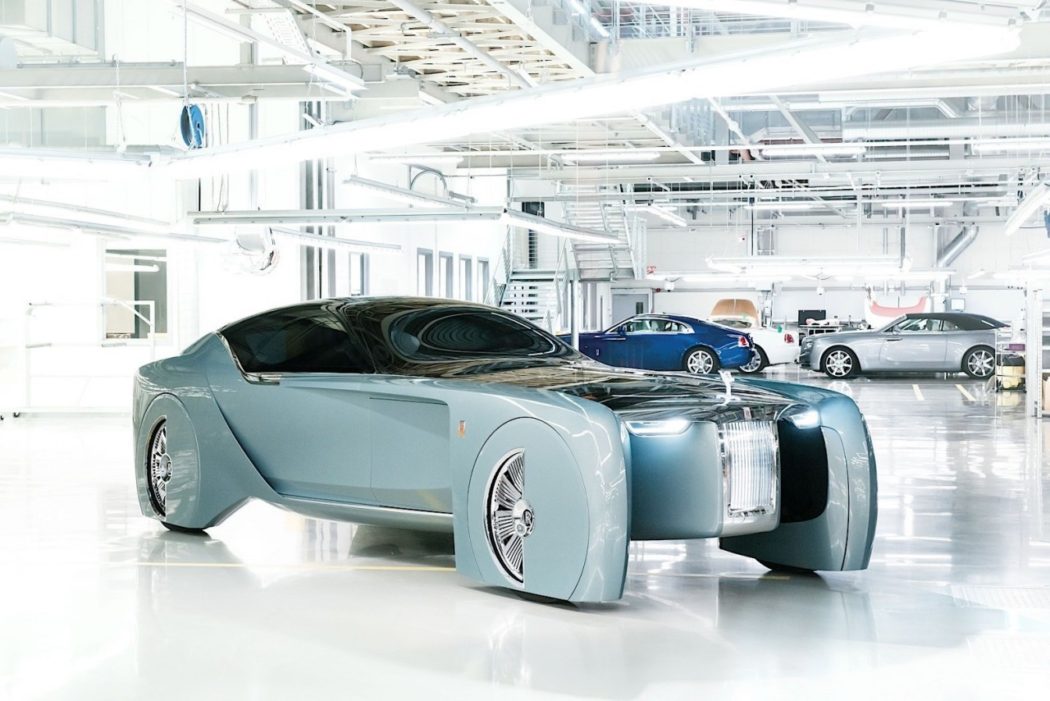 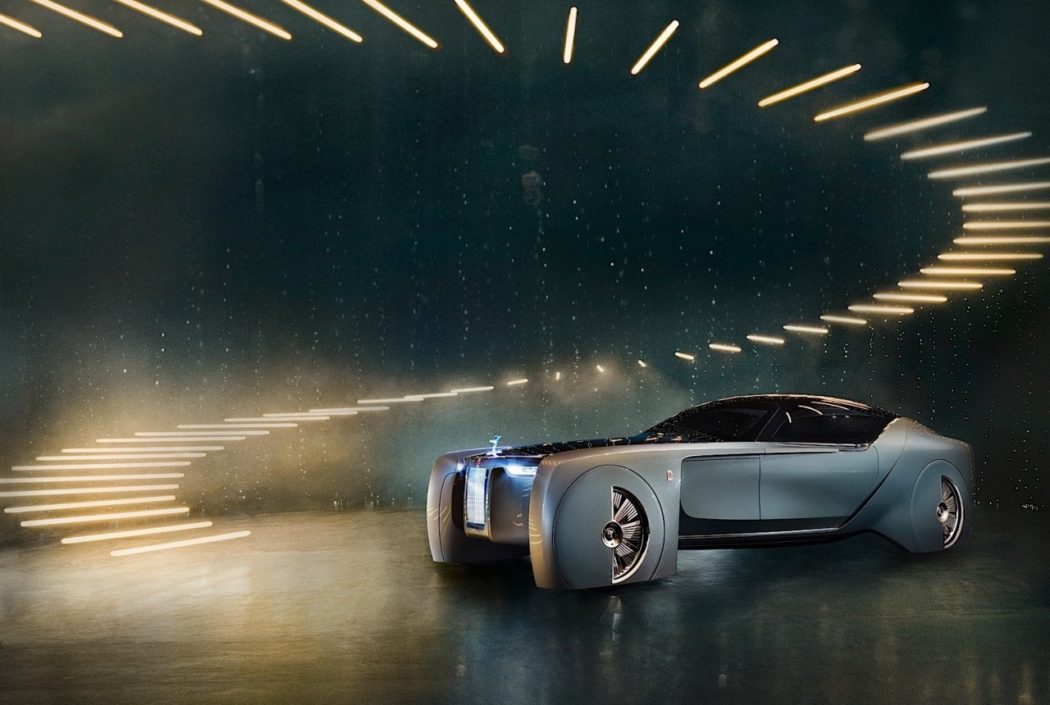 Back in March, BMW commemorated its centennial by revealing its Vision Next 100 concept car; now it is the turn of BMW’s super-duper-upscale British satellite, Rolls-Royce, to gaze into its crystal ball and offer a suggestion what it might be offering its customers circa 2116. The Rolls-Royce Vision Next 100 Concept (a.k.a. 103EX) certainly looks the part of a vehicle plucked from the 22nd century, with a sleek profile and almost completely enclosed wheels (which measure 28” in diameter and are assembled from 65 pieces of aluminum each), while the space normally occupied by an engine is accessed from the sides and has room for a set of fitted luggage. Yet this rear-motored electric luxury coupe is also easily identifiable as a Roller, with the brand’s iconic upright grille – obviously non-functional in this application – topped by a Spirit of Ecstasy statuette leading the way.

Step inside “The Grand Sanctuary” (or as the Poors call it, the cockpit) via the rear-hinged left side door and right-side-hinged roof panel and you’re immediately immersed in a cocoon of exotic leathers and woods and WHERE THE HELL ARE THE CONTROLS? Well, because this is the future, the Vision Next 100 is fully autonomous; by communicating with “Eleanor” (think Siri or Cortana) via voice and gesture controls, you and your companion (since you’re technically both passengers) can set your destination, as well as do other things like set the cabin temperature, compose emails, play music and movies and so on. If that’s not the future of luxury, we’ll eat an entire jar of Grey Poupon a la carte. Yes, the lid, the jar itself…all of it.