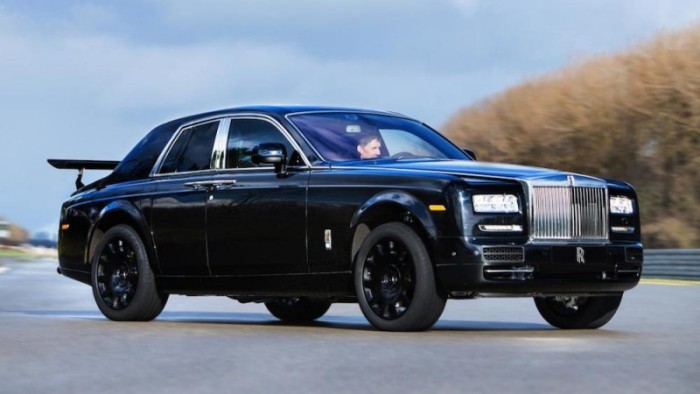 When automakers are quite far along in the design and engineering process of a new vehicle but aren’t ready to build a complete prototype of that new model, they often build what is known as a test mule. These cobbled-together R & D workhorses typically feature the new car’s drivetrain, suspension and other internal systems and wrap them in cut and stretched or shortened bodywork of a product that’s already in production and on sale. Manufacturers usually go to great lengths to keep these four-wheeled Frankenstein monsters out of the public eye, but Rolls-Royce has decided to put the mule for its upcoming first SUV – currently known as Project Cullinan – on display for all to see. 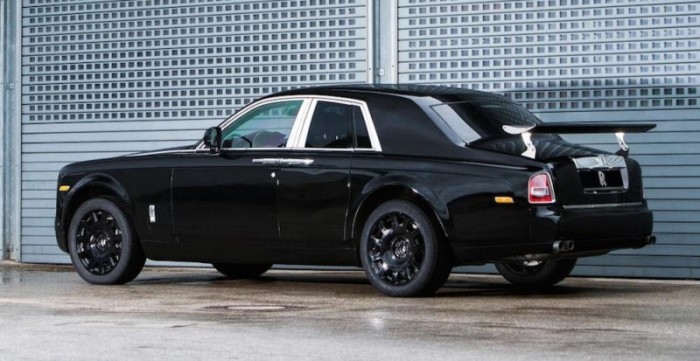 At first glance, it looks like a blacked-out Rolls-Royce Phantom Series II with a big-honkin’ wing on the trunklid. But study it a little more and you notice the considerably taller than stock ride height, and the body between the B- and C-pillars (a.k.a. the rear door area) is much, much shorter. The primary objectives for this mule are to establish baseline calibrations for the eventual production SUV’s AWD and suspension systems to ensure that they provide response and feel worthy of a Rolls-Royce. 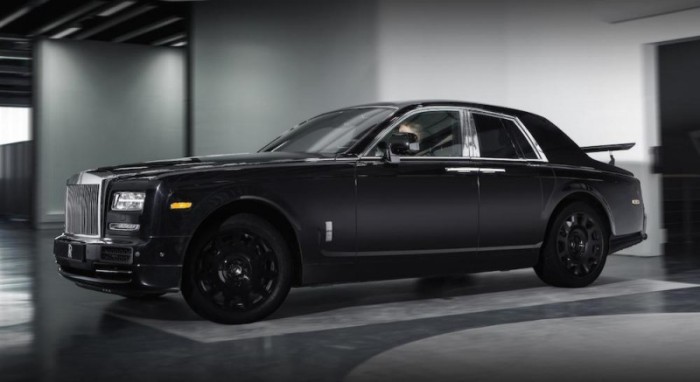 So when that Rolls sport-utility does show up (most likely sometime next year ahead of a 2017 model year rollout), don’t forget that one of its embryonic stages was a super-luxury sedan on stilts.