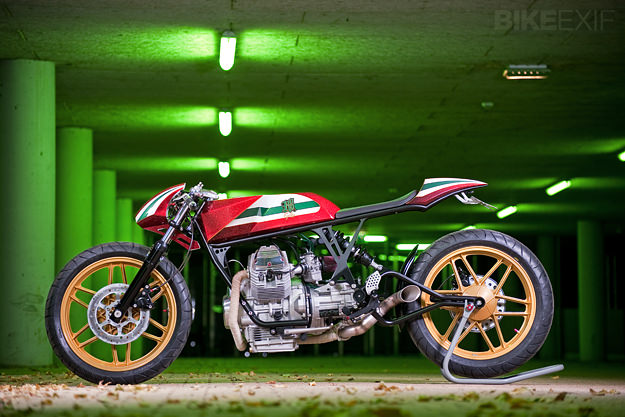 We’re of the opinion that there is a lot to love about the small-but-hip Italian motorcycle manufacturer, Moto Guzzi. Most of their bikes blend Old World craftsmanship, charming styling, and strong, longitudinally-mounted V-twin engines into one two-wheeled package. And whether you’re into a cruiser, dual-purpose or café racer bike, the company’s current lineup has something to satisfy you.

But what if none of Moto Guzzi’s off-the-shelf offerings, be they new or old, tickle your fancy? Specifically, what if you have a 1982 V50 III, but want it to be a bare-bones, stripped down rocket? That’s the situation Dutch motorcycle accessory retailer Goparts found itself in, and to resolve this situation, they contacted local customizer Arno Overweel – proprietor of Rno Cycles – to make their vision for the V50 a reality. And that reality, which has been dubbed the Opal, is a feast for the eyes. 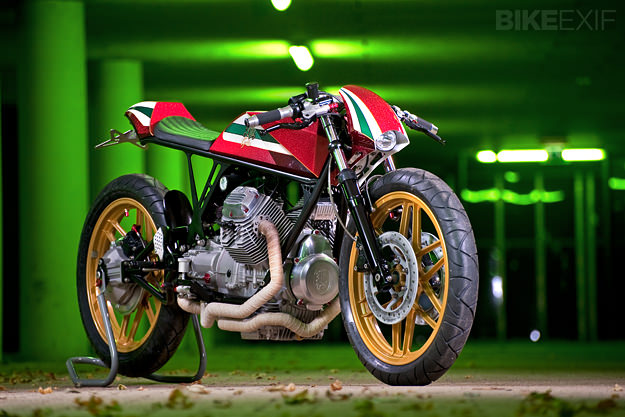 The fenders, gas tank, headlight, seat and just about every other visible component has been reshaped, replaced, or removed altogether. The parts that are installed are a mixture of aftermarket components manufactured by Rizoma and one-off items fabricated by Rno Cycles. The spindly headlight housing, fuel tank and tail section were sprayed in a snazzy combination of red, white and green by Ben Oud’s Kustom Paints.

As for the mechanical revisions, Rno Cycles ditched the electric starter and replaced the stock housing for the 5-speed transmission with a “Nato” type housing that accommodates a kickstart mechanism. The 490cc V-twin inhales through a 28mm Dell’Orto carburetor and a pair of K&N air filters, and exhales through a bespoke exhaust system. The front fork has new internals, and the rear has been treated to a custom, slightly-longer swingarm suspended by a monoshock from HK Suspenison. Wheels are the stock 18-inchers wearing semi-slick Michelins. 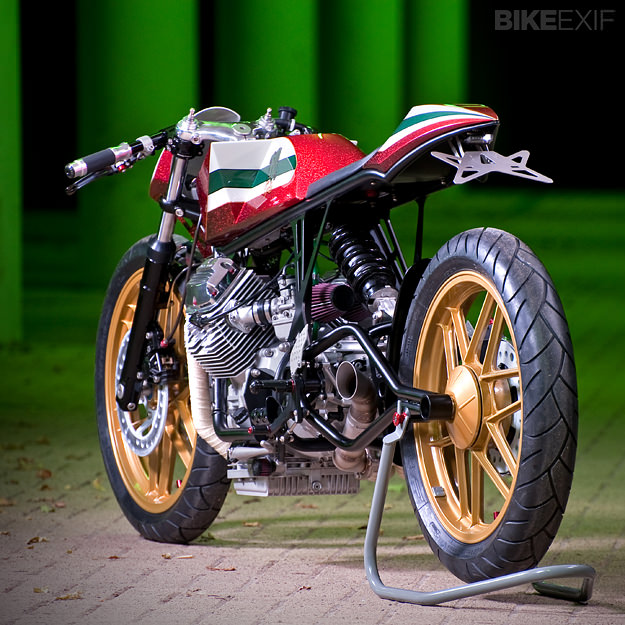 Out of all the stripped down café racers we’ve seen over the years, this Opal has to be one of the prettiest. It reminds us of a sinewy wild animal, hunched forward and ready to pounce on its prey. We understand that there are safety and emissions regulations that need to be followed, but we don’t understand why no manufacturers offer a mass produced motorcycle conceptually similar to this. If the folks at Moto Guzzi are smart, maybe they’ll make their next new model a slightly less radical rendition of this baby. 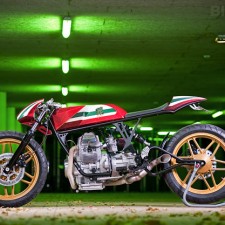 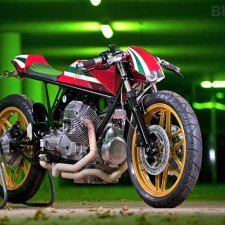 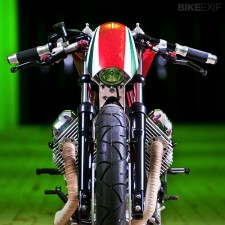 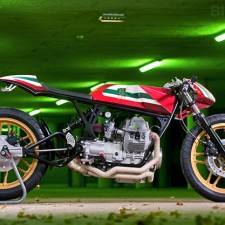 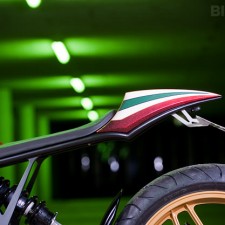 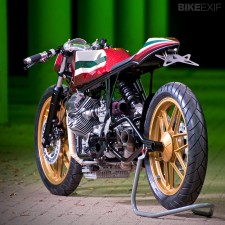