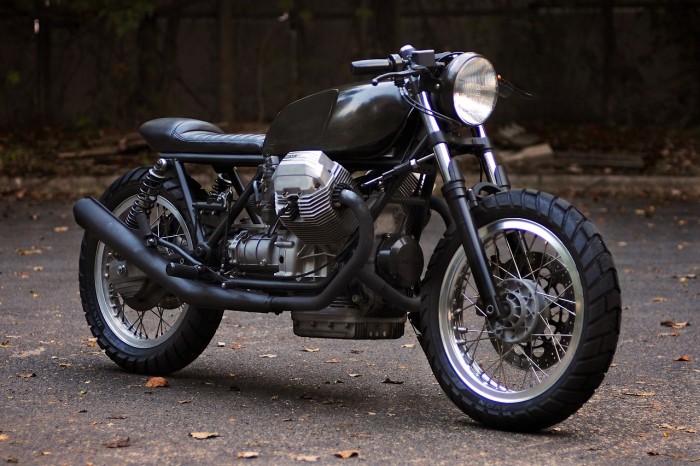 More, as it turns out, isn’t always better. Chainsaws don’t make great beard trimmers. Nuclear weapons aren’t ideal for Fourth of July festivities. And adding a big, puffy fairing to a sporting motorcycle doesn’t necessarily improve its looks. But that’s what exactly what Moto Guzzi – famed for its longitudinal V-twin and shaft-drive bikes – hoped to do with one of its most muscular models from the ‘80s, the Le Mans IV.

Instead, what the Italian company ended up with was a caricature of a sport bike, with bulging bodywork and staggered wheel and tire sizes (16” front, 18” rear) creating proportions that were more awkward than walking in on your parents having a three-way with your boss. A Moto Guzzi geek based out of New Mexico knew that the Le Mans IV had good bones, but that didn’t much matter if those bones were covered in flab. Thus, he tasked Revival Cycles with turning a 1986 Le Mans IV into the classy custom you see here. 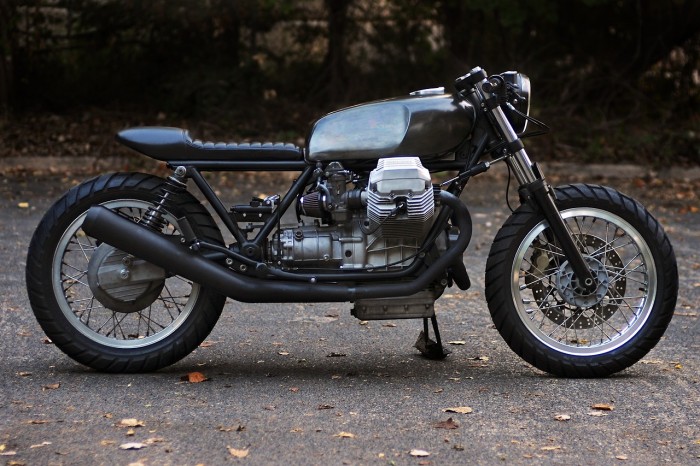 After stripping it down to just the frame, engine and driveline, Revival Cycles’ Alan Stulberg and his crew started looking through their collection of odds and ends for a new front end onto which they could install a Borrani style 18” wire wheel. Eventually they found one and, oddly enough, it’s a Moto Guzzi part, specifically the front end (complete with the triple clips, brake disc and forks) off a 2010 V7 Classic. Naturally, a matching 18” wire wheel was fitted at the rear, and modern electrical and ignition systems from Motogadget were hidden inside a modified Yamaha XS gas tank. 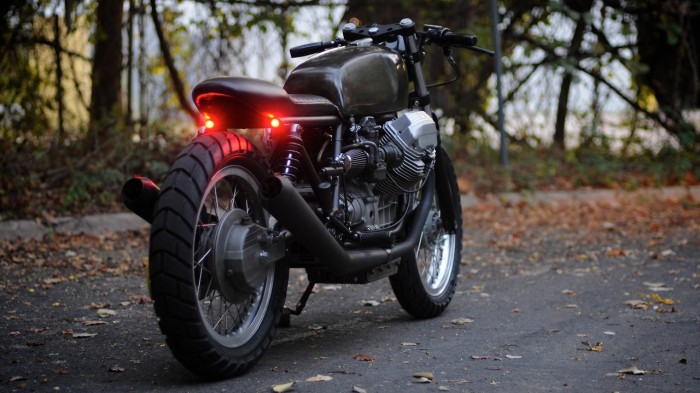 The two truncated ends of the rear subframe are capped by LED taillights, while the tail is topped by a custom vinyl-upholstered seat. The aforementioned Yamaha gas tank and the headlight were chemically treated to give them a rustic dark, bare metal appearance (as well as protect them from the elements). The frame, meanwhile, was refinished in satin black. All told, this is one clean and mean package (and the power from the big 949cc V-twin certainly qualifies as mean). If anyone needs further proof that less is more (at least in some instances), look no further. 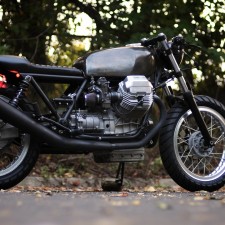 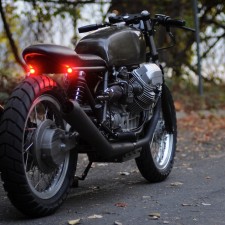 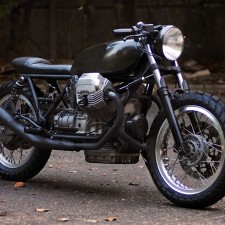 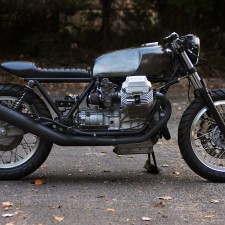 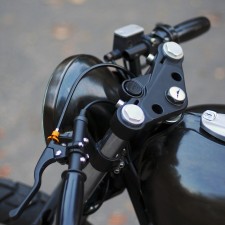 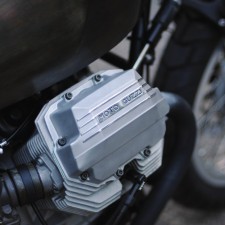 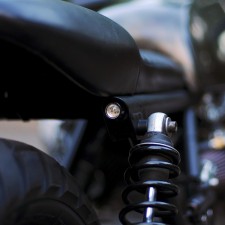 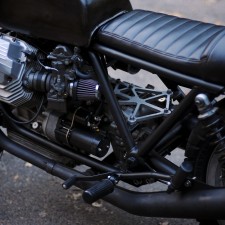 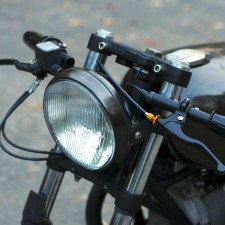