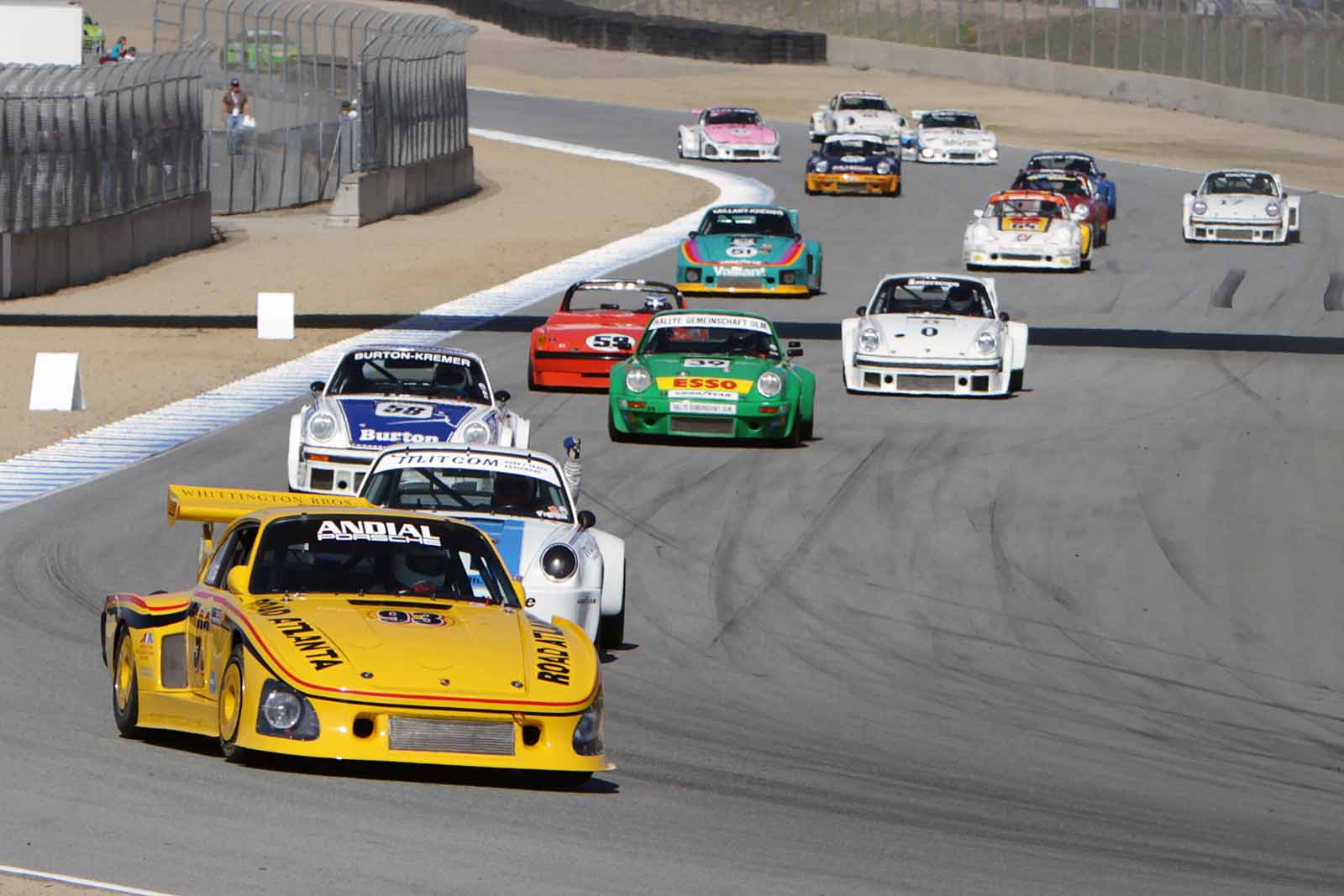 We couldn't think of a better way to close out the 2011 season at Mazda Laguna Seca Raceway than with more than 300 racing Porsches from all eras. Laguna Seca hosted Rennsport Reunion IV, the event's first West Coast appearance, on October 14th to 16th. Cars were divided into 8 Groups, featuring examples from all eras, including Speedsters, 917s, 935s, and even modern cars such as the RS Spyders that competed in the American Le Mans Series. Click past the break for more on our coverage of Rennsport including our massive photo gallery. 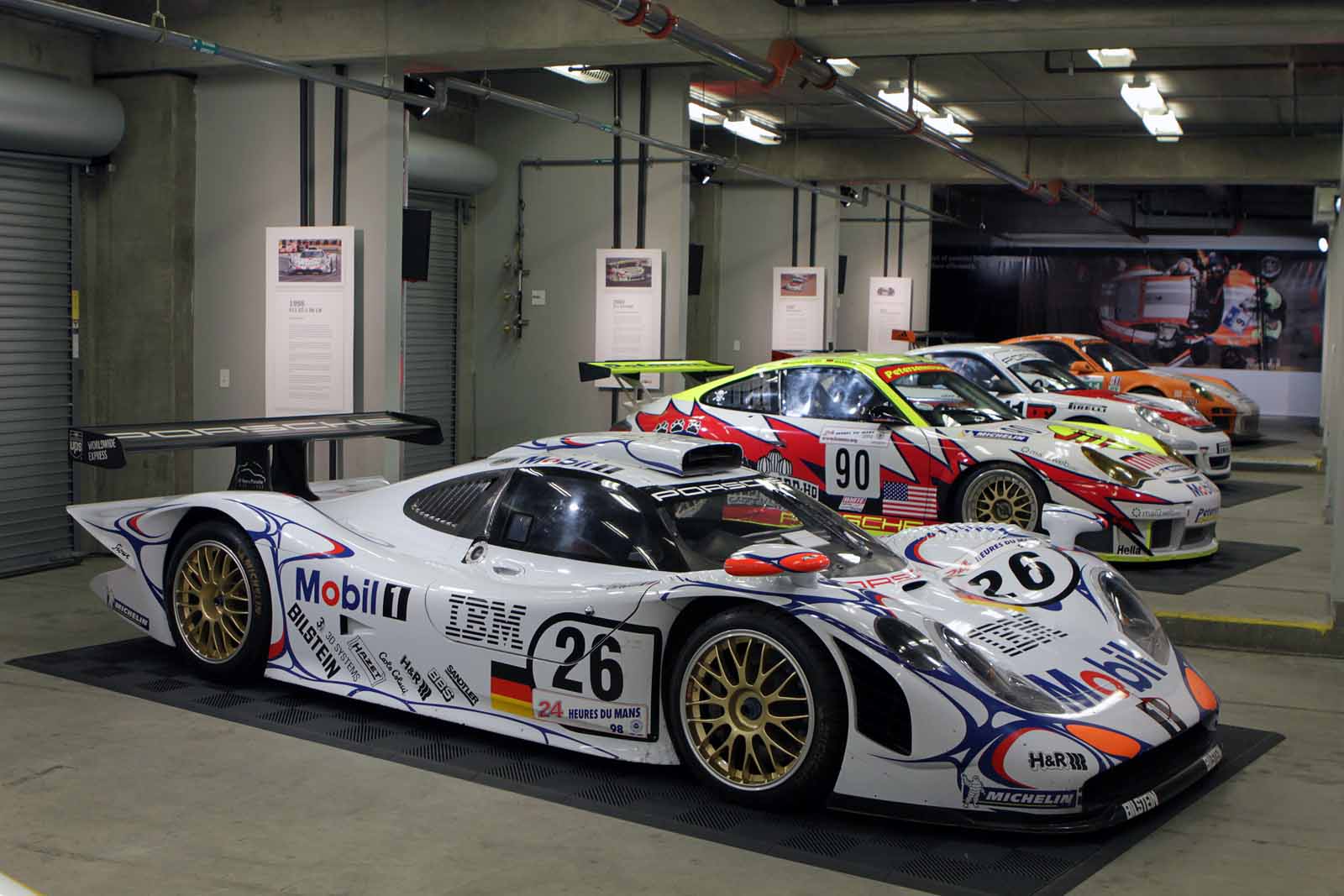 In one of the most phenomenal uses of Laguna Seca's pit garages – Porsche created a makeshift "museum" – featuring some of its iconic race-winning machines. Some of the cars displayed were on loan from collectors, but 6 were flown directly from Porsche's Museum in Stuttgart. Cars displayed included 24 Hours of Le Mans winners, the 911 RSR that won the last Targa Florio, and even one of Porsche's newest creations, the 911 GT3 R Hybrid which we last saw in action during the ALMS race at this same track. 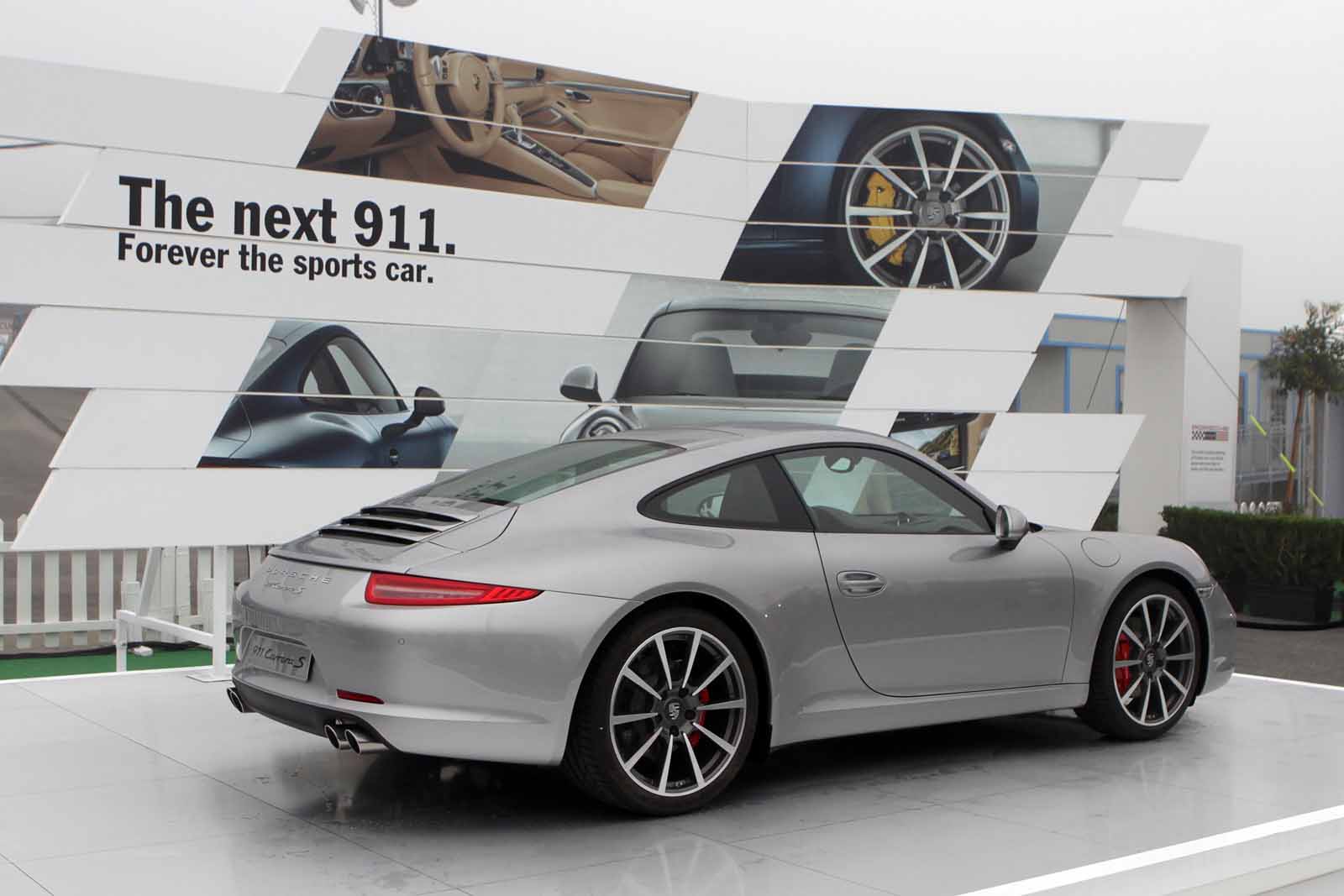 Rennsport also marked the North American debut of the next-generation 911, codenamed 911. This is Porsche's 6th generation 911, and only the 3rd all-new platform for the model since its inception. It was unveiled on September 15th at the Frankfurt Auto Show, and will go on sale sometime late next year. The 991's wheelbase is almost 4 inches longer than the car it replaces, and it weighs close to 100 lbs. less. The base Carrera's horsepower will increase to 345HP (from 325HP), and the 3.8L flat six on 911S seen here will produce almost 400HP. 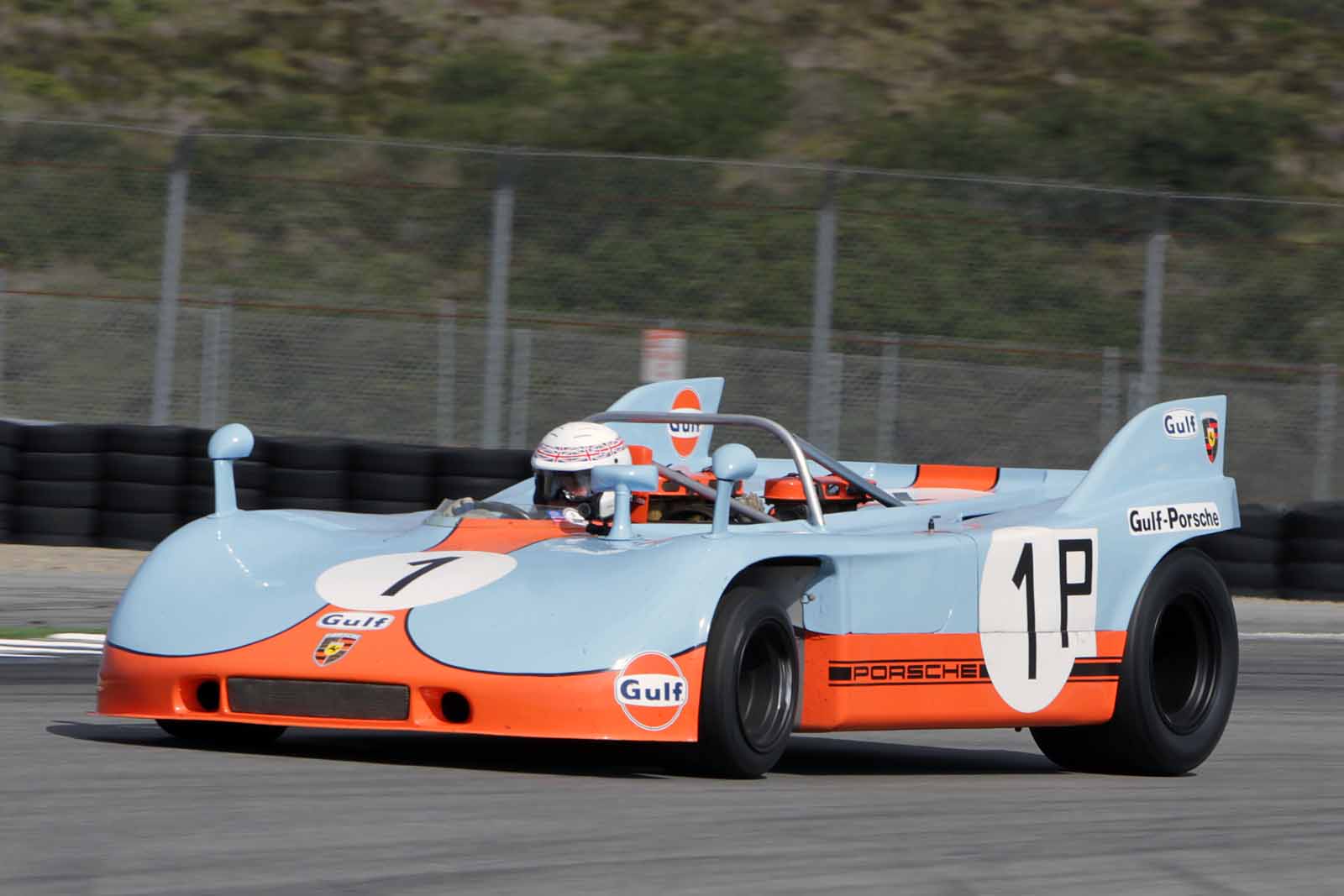 Some of the most famous drivers associated with the Porsche marque were also on hand to greet fans, sign autographs, and in some cases, even compete. The 908/3 seen above was driven to victory in Group 3 by Brian Redman. Brian is a 3-time Formula 5000 champion. He also raced in Formula 1, 24 Hours of Le Mans, and CanAm series. He won the 1970 Targa Florio in a 908/3 similar to the one he drove at Rennsport. Brian also won the 1978 12 Hours of Sebring in a 911 935. Group 3 also featured some of the most iconic racing Porsches of all time, including two 917's in the famous Gulf livery. 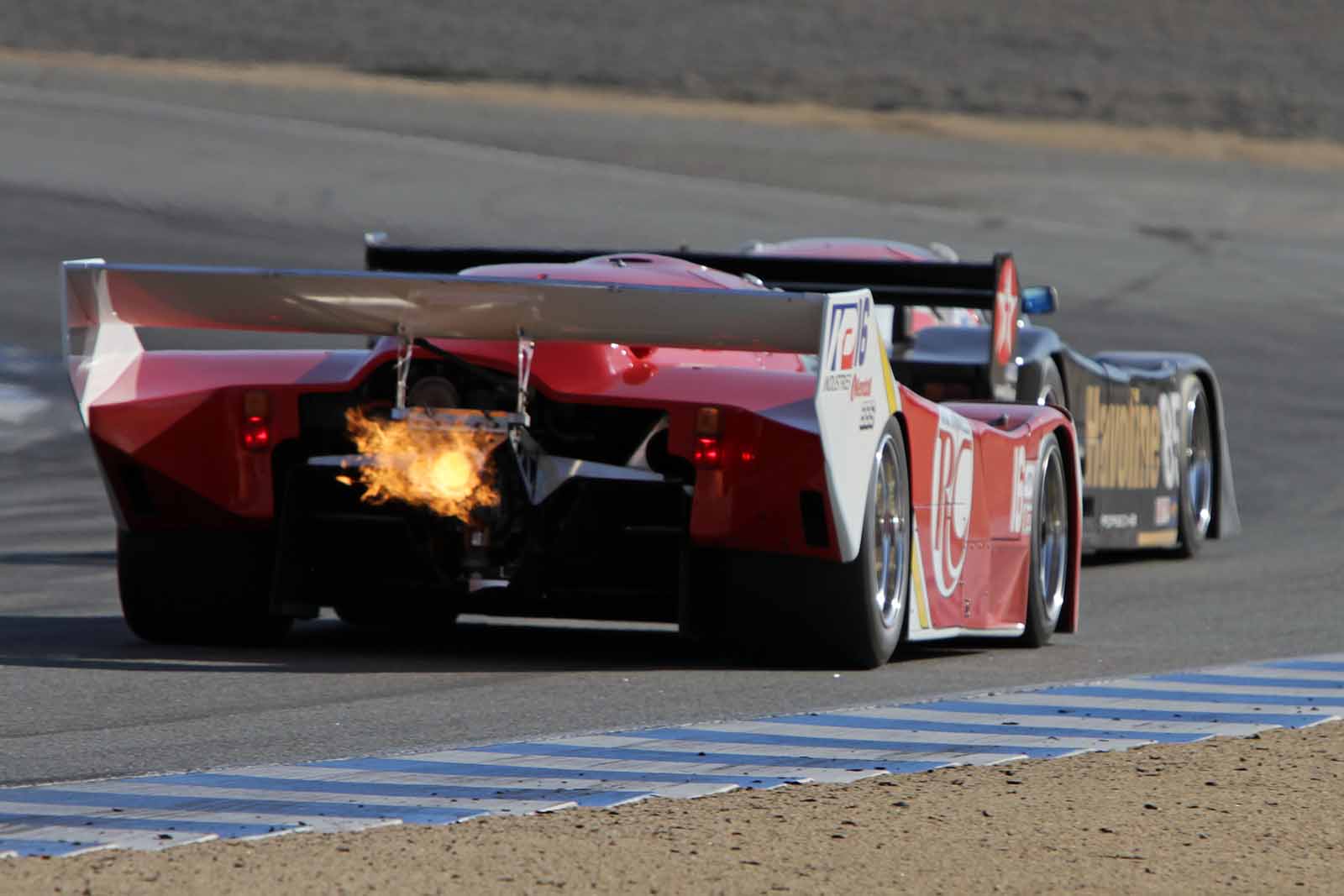 Our favorite group on track was without a doubt Group 5 which featured everything from 956s, to 962s, and even 3 RS Spyders. We've seen quite a few events at Laguna Seca, but nothing was more impressive than seeing a field of 30+ historic Le Mans and IMSA Porsches fighting past the track's first few turns. Be sure to check out our massive gallery below for more action from Rennsport Reunion IV!