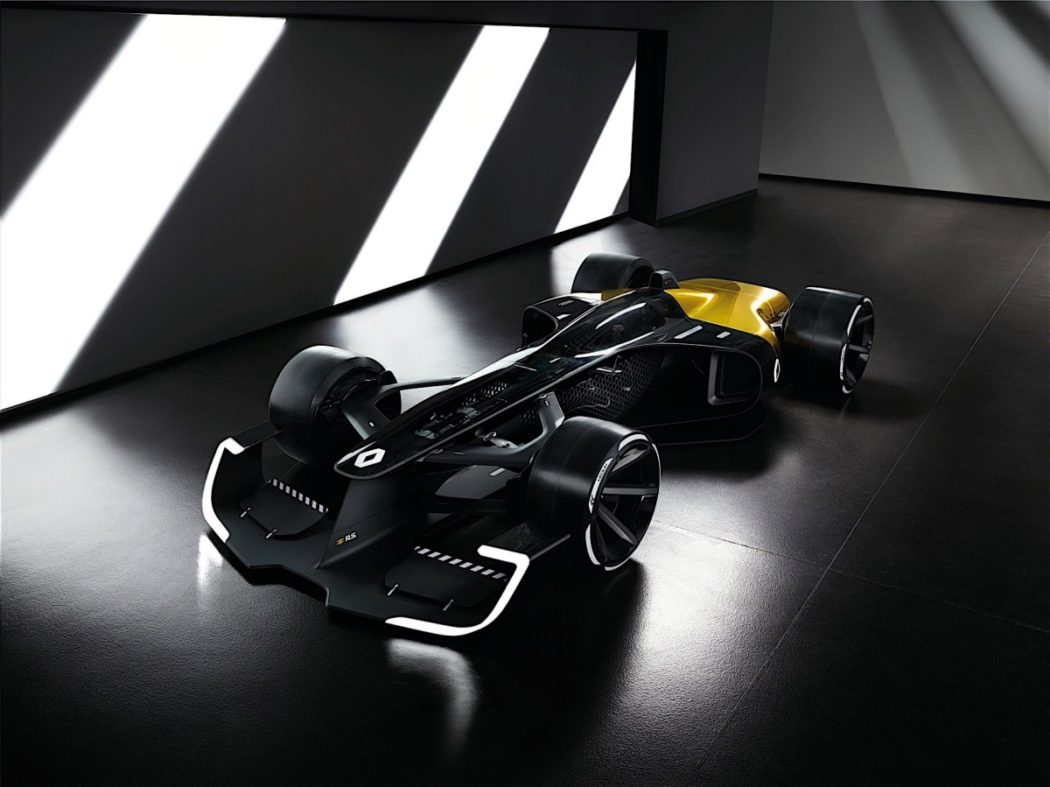 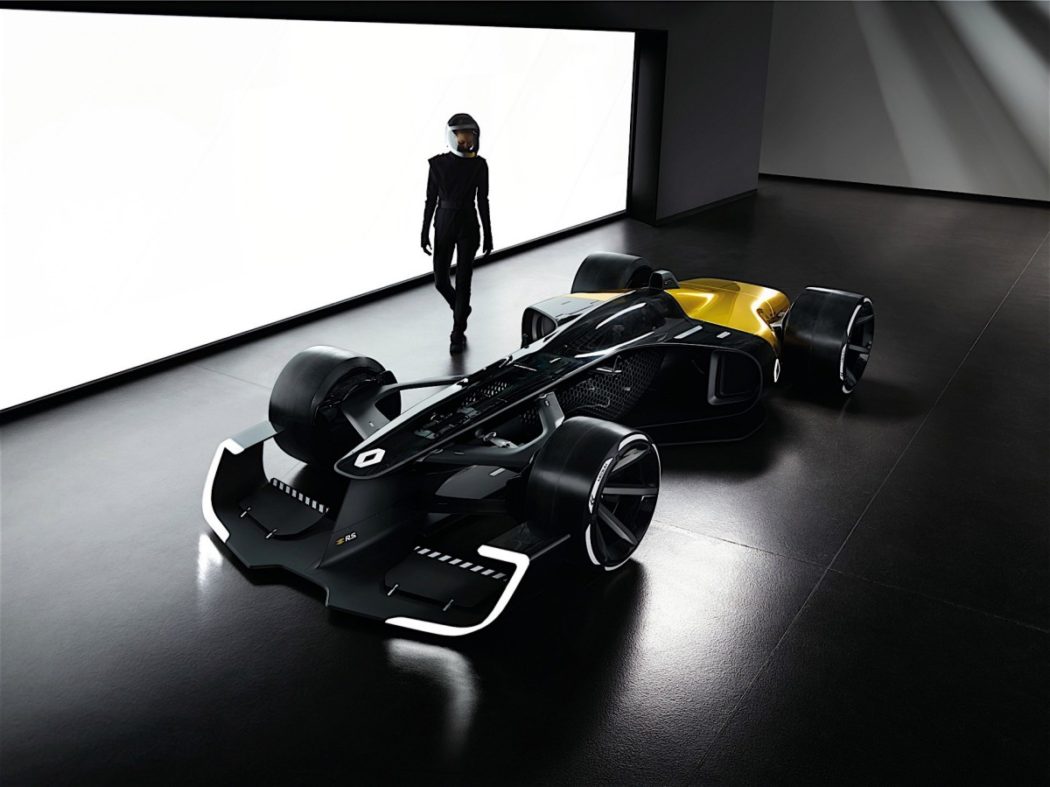 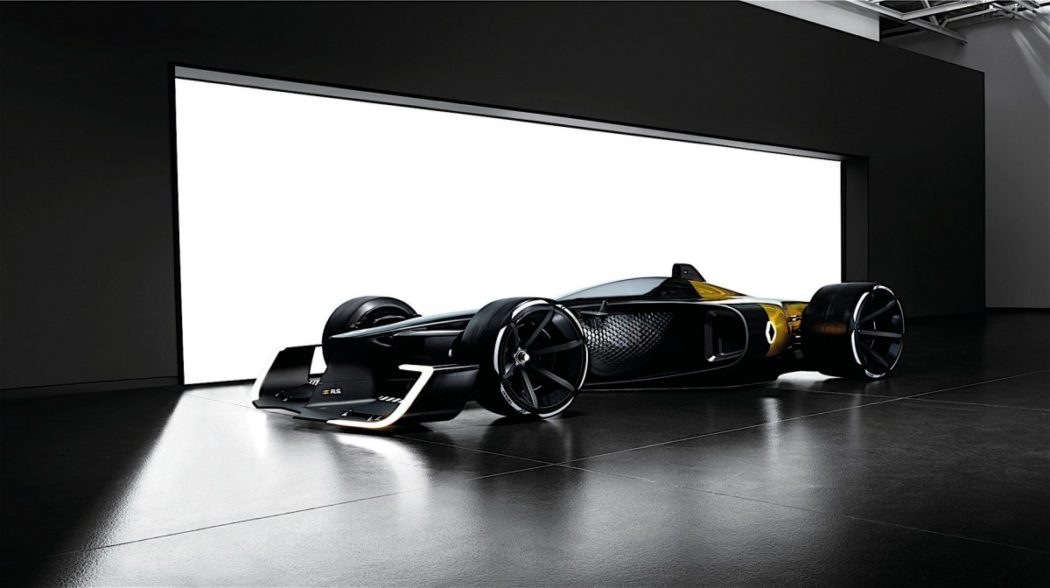 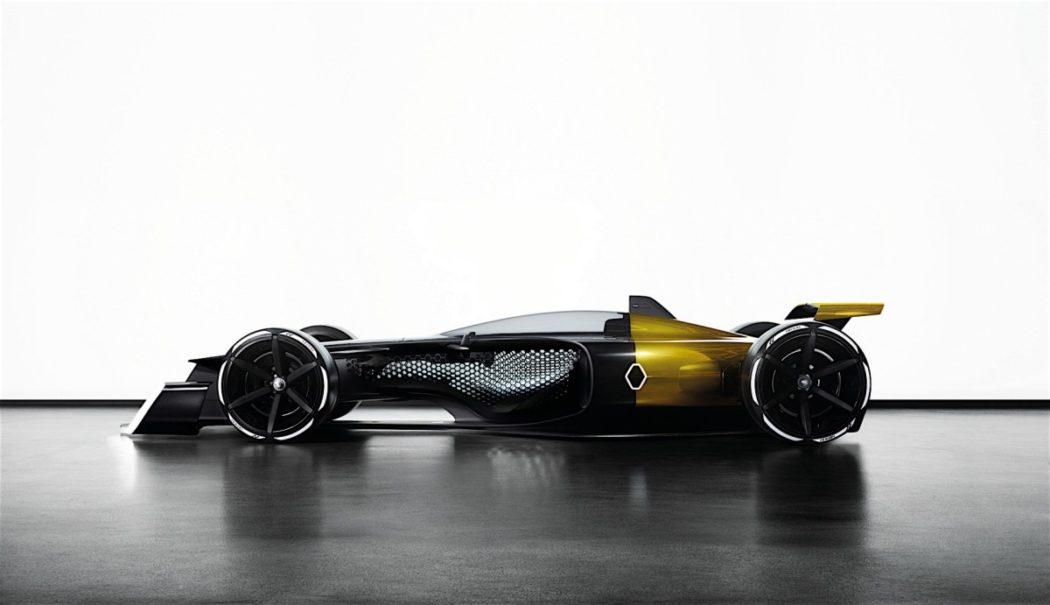 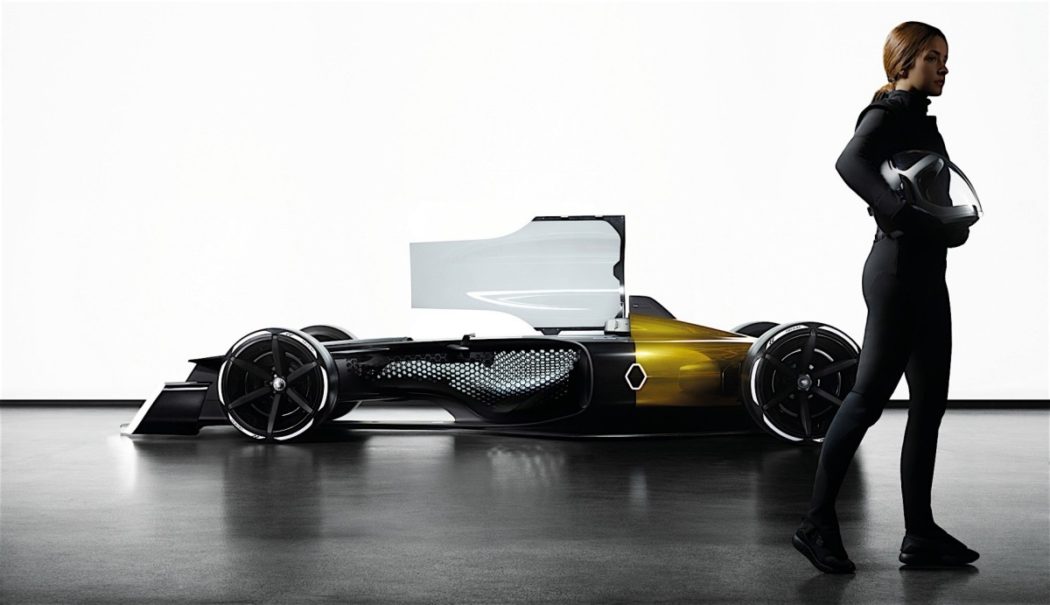 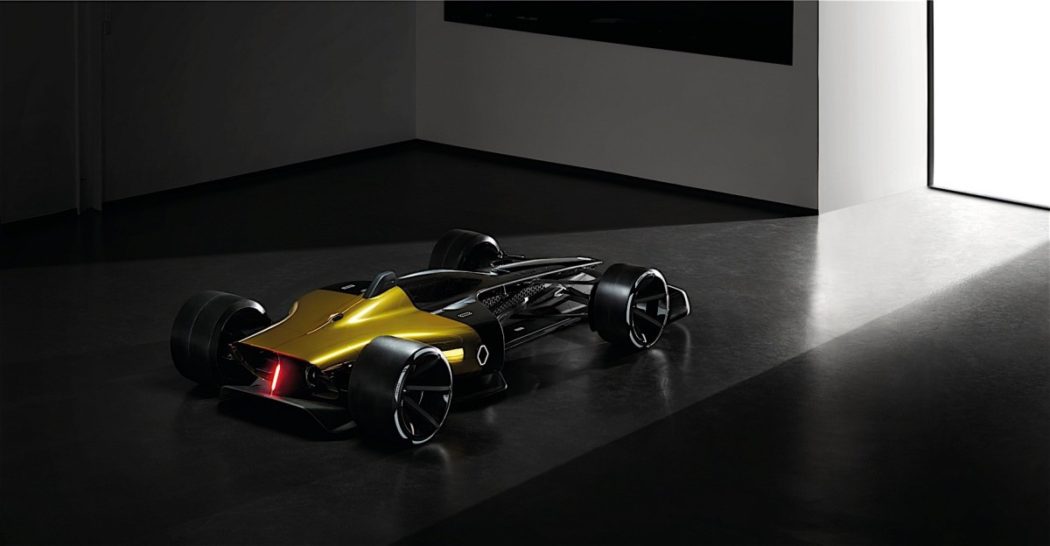 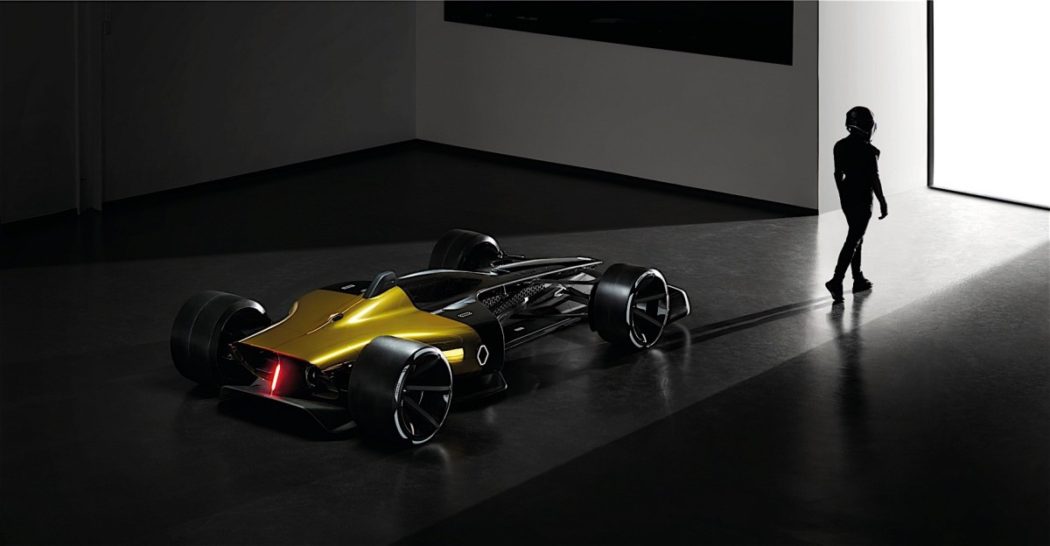 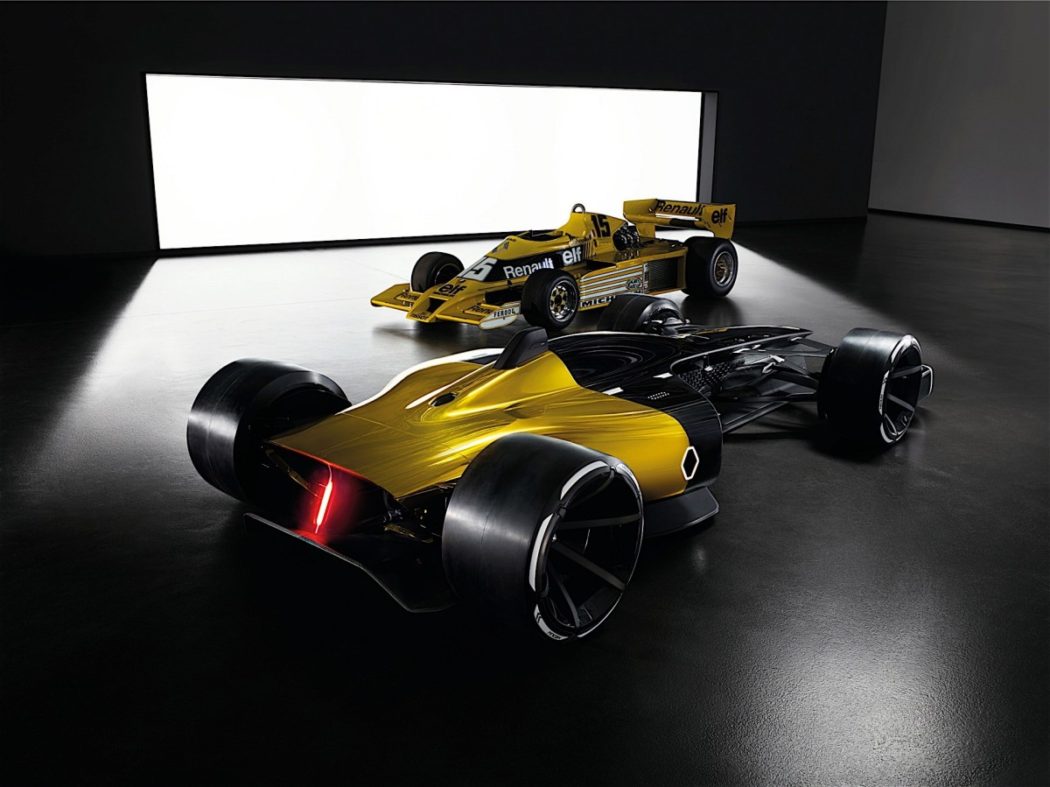 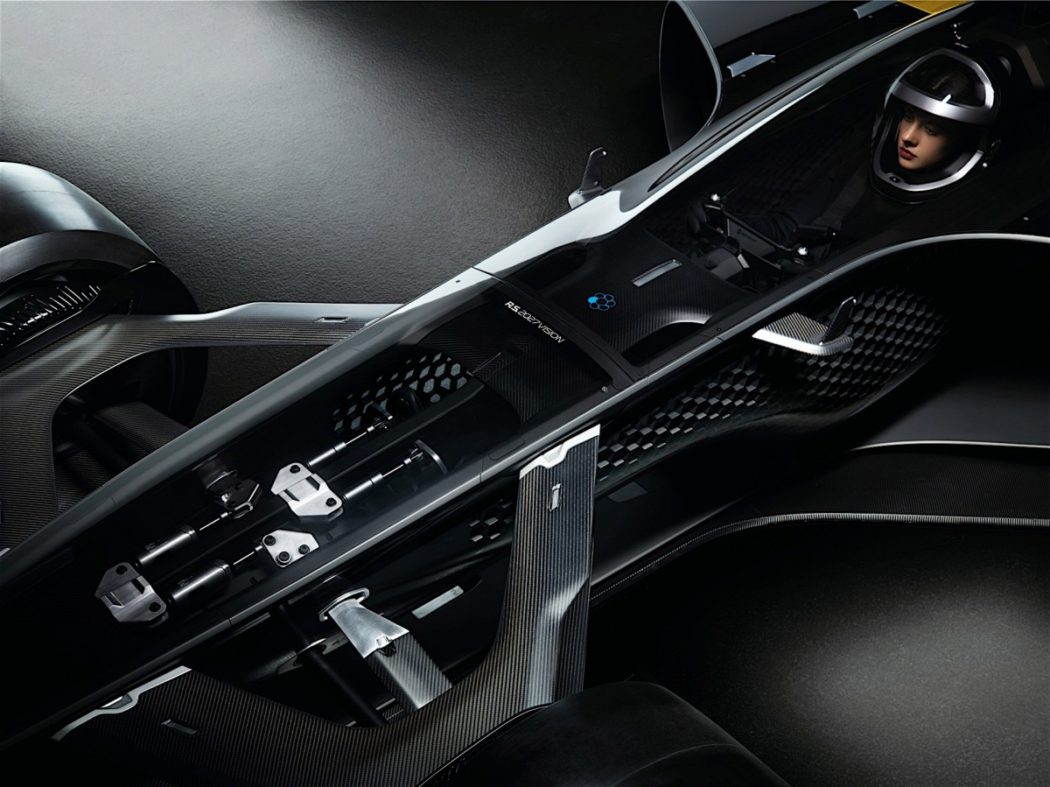 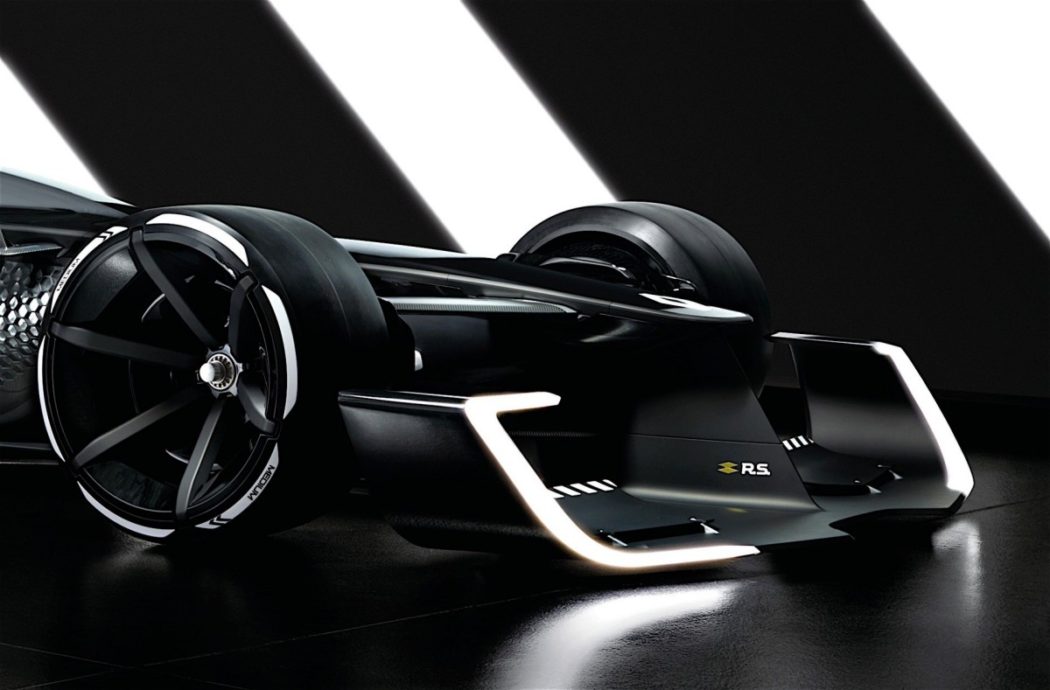 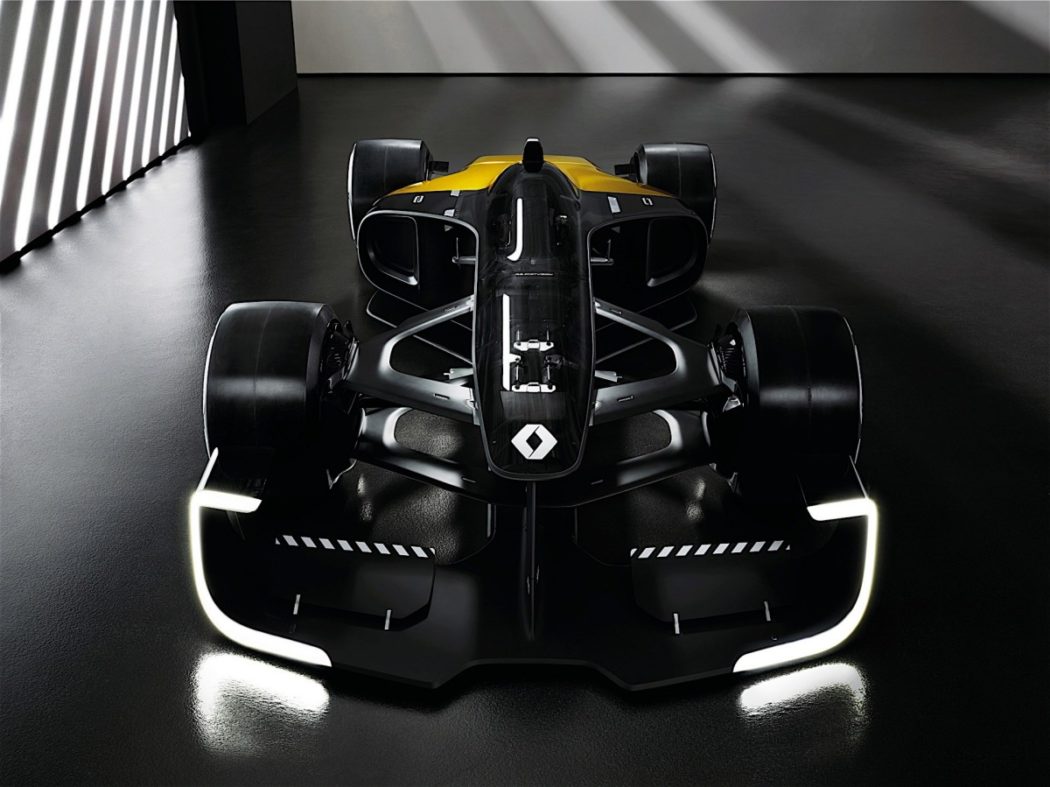 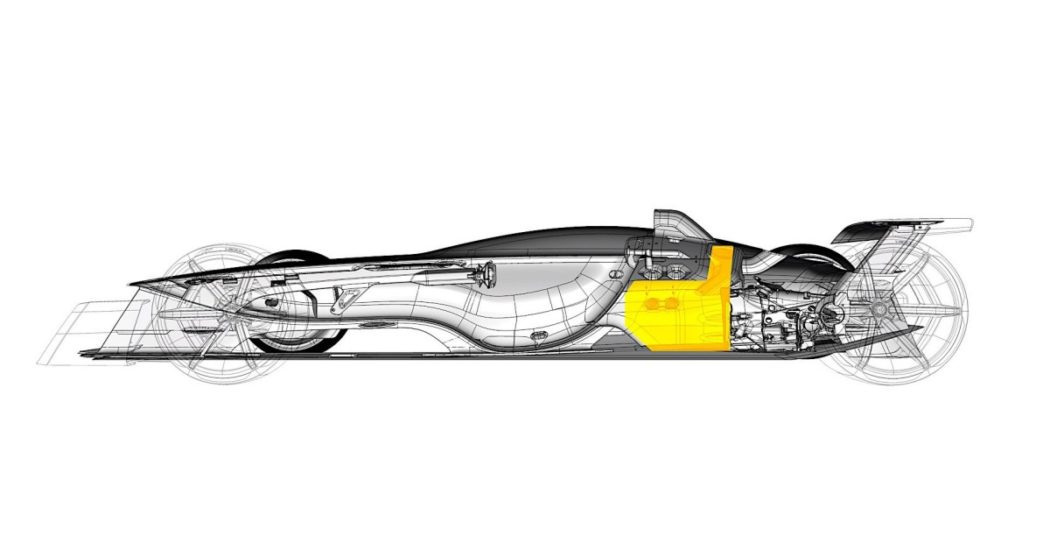 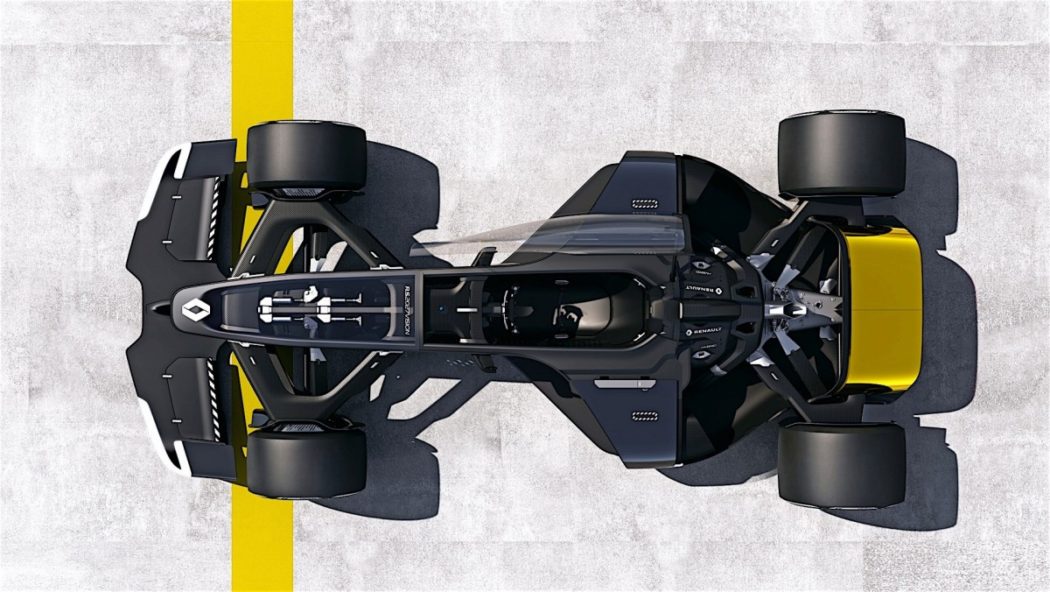 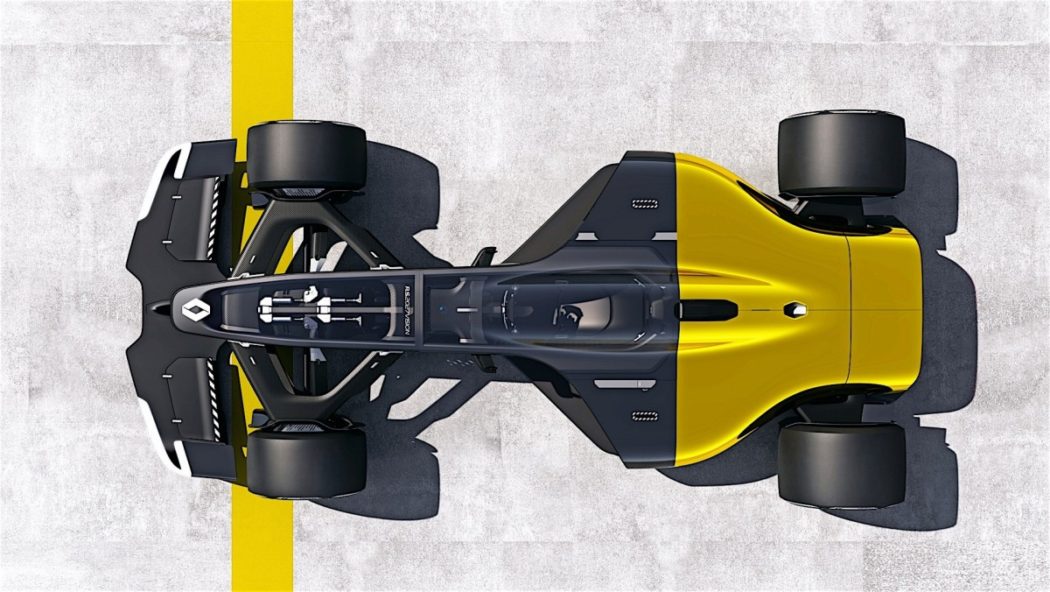 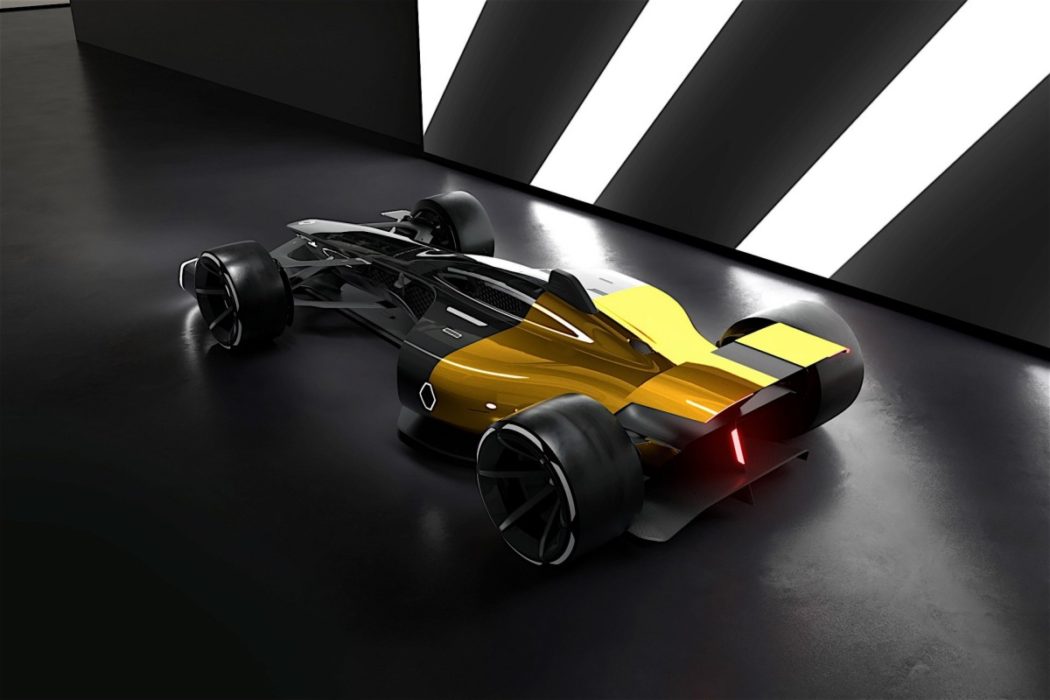 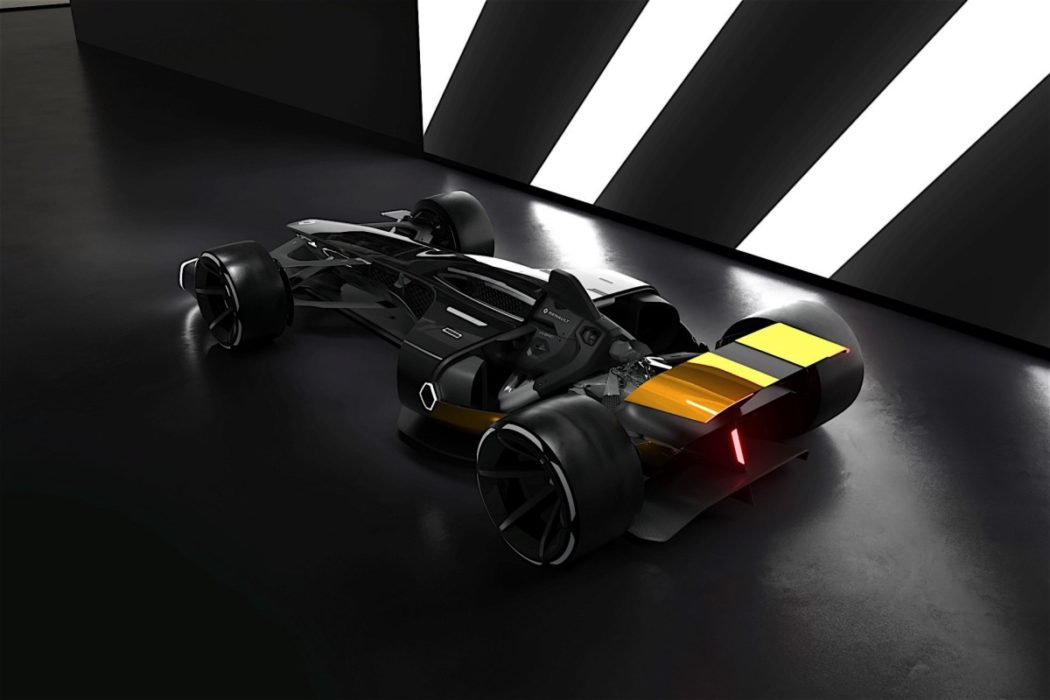 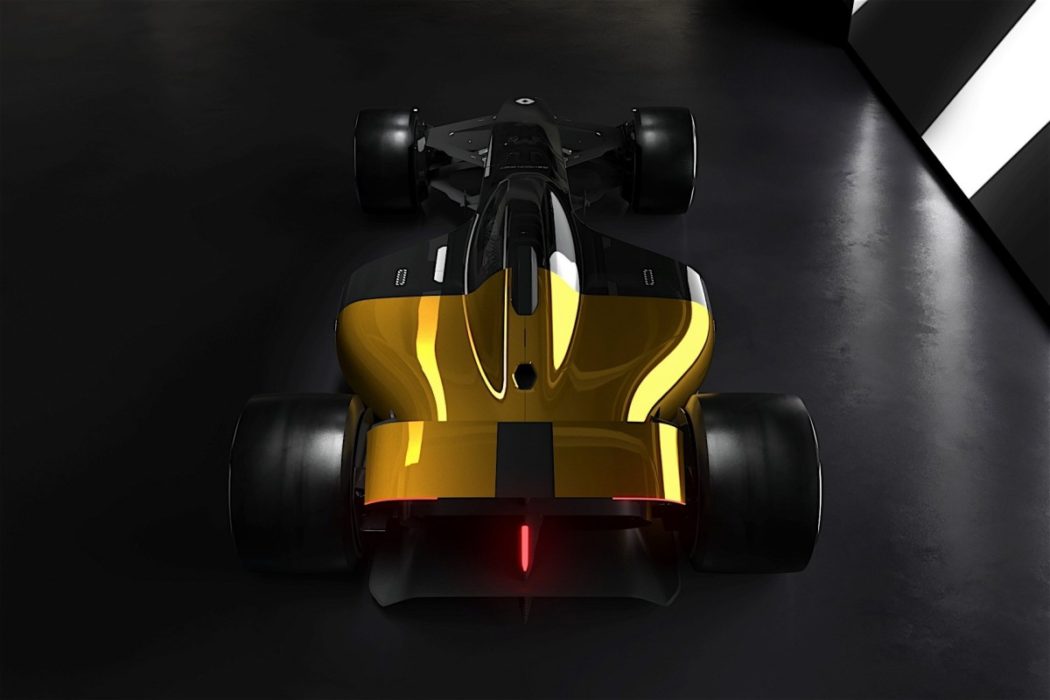 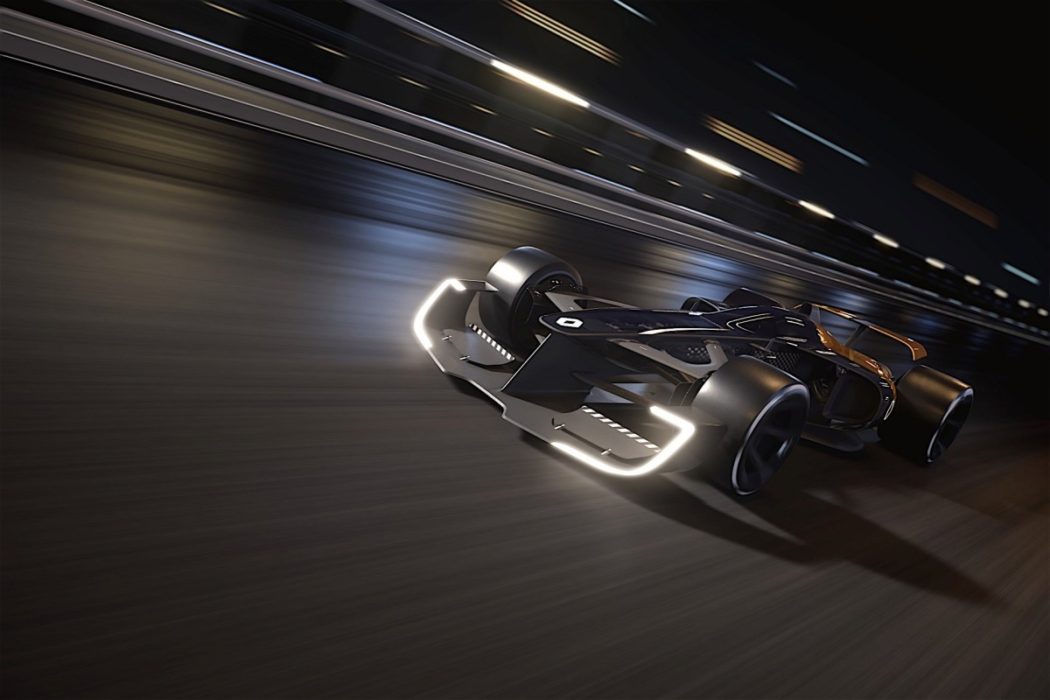 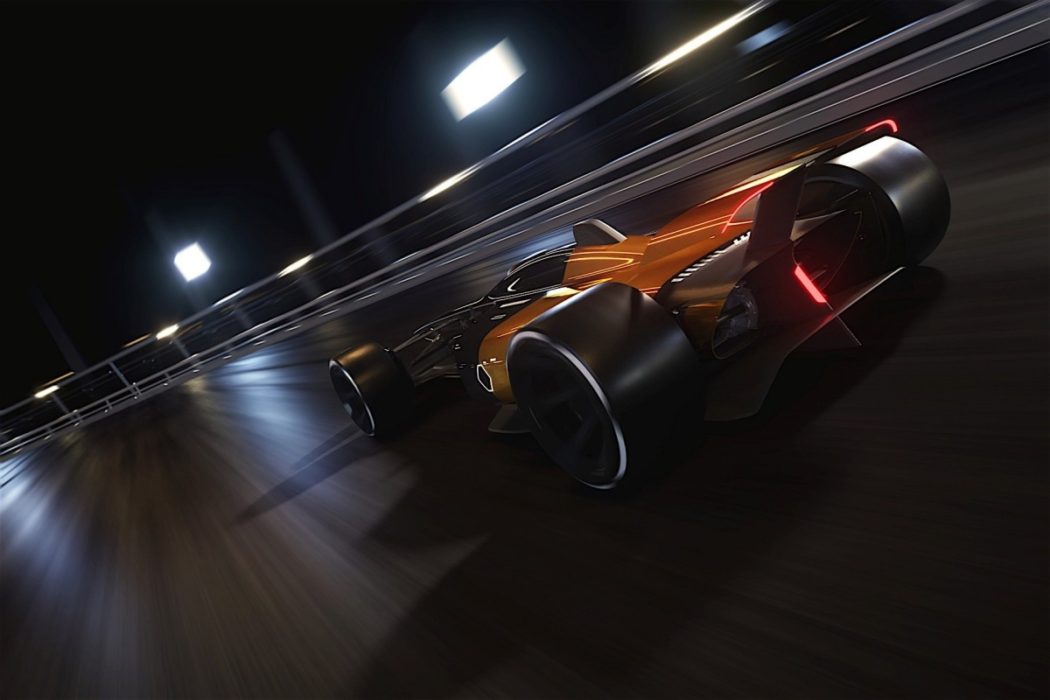 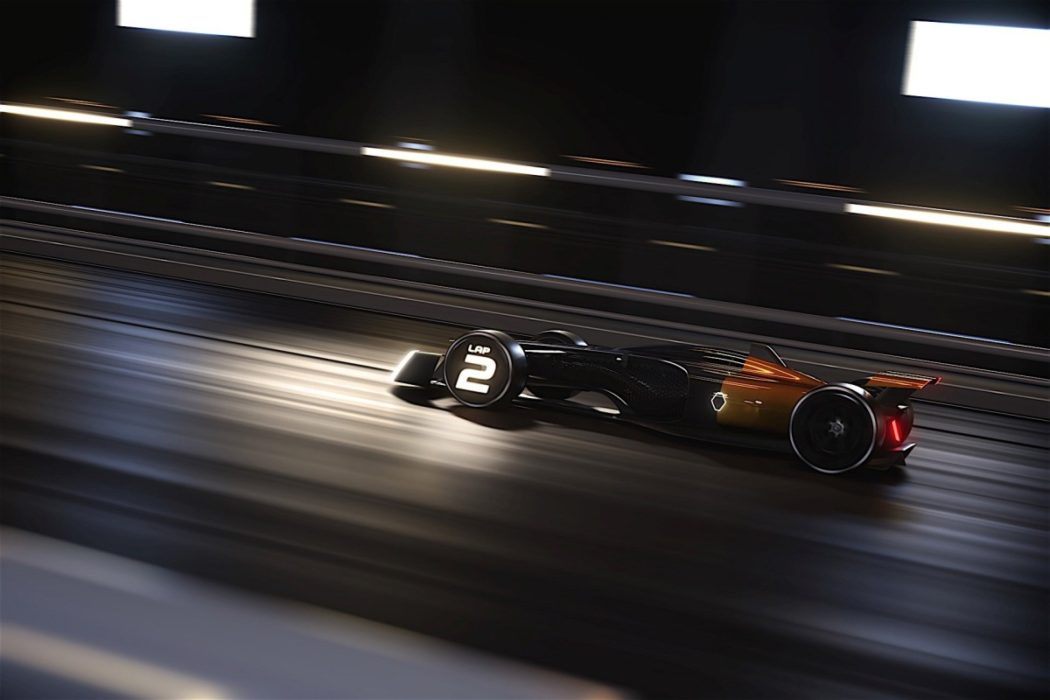 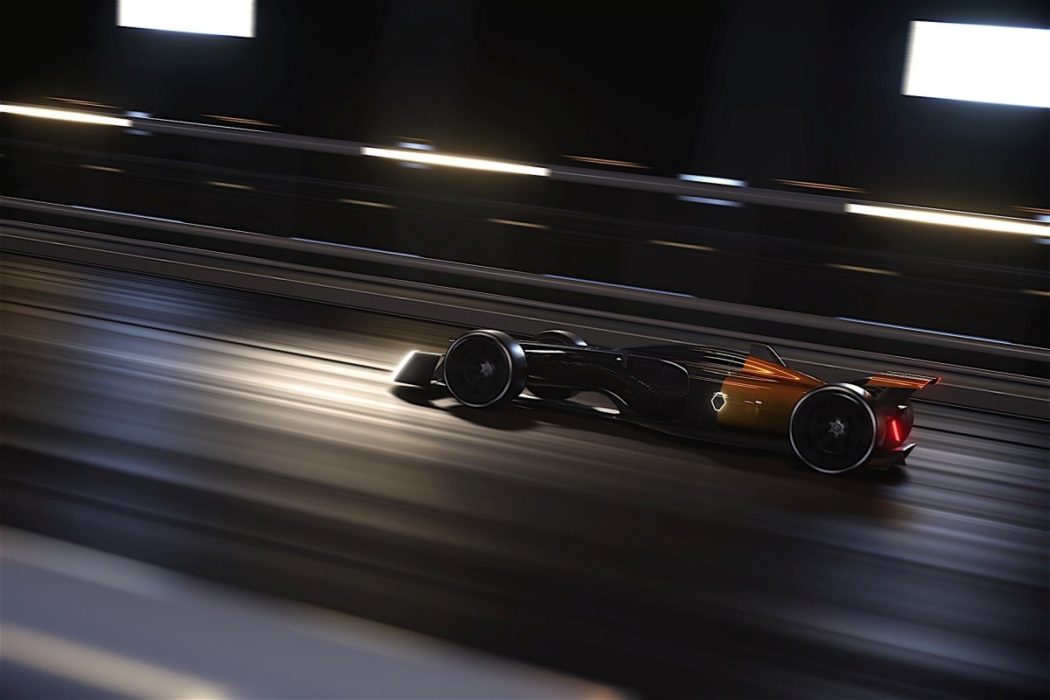 We’re only just starting to get used to the new look Formula 1 cars of 2017, with their wider tracks and tires and lower, wider rear wings providing quite the visual throwback (as well as significantly more grip in the corners). But Renault designers are already looking forward a whole decade into the future of grand prix racing, yet also looking to the past in honor of this year’s 40th anniversary of the company’s F1 debut. Both of these events served as muses for the Renault R.S. 2027 Vision Concept, which debuts at this week’s Auto Shanghai.

It might be an open-wheeled, single-seat purebred racecar like pretty much every Formula 1 machine in history, but the visual similarities end there, as the cockpit is topped by a canopy, the wheels have LED displays to show data like race position and lap number, and the rear wing is tiny and height-adjustable. Stuff you can’t see is an autonomous mode to help prevent or reduce the severity of accidents and eliminate the need for the driver to do boring stuff like cruise around behind the safety car, while the one megawatt (1,364 horsepower) turbo V6/hybrid powertrain propels this 1,323 lbs. all-wheel-drive, all-wheel-steering beast to dizzying velocities. While we can say with total certainty F1 cars in 2027 won’t look exactly like the R.S. 2027 Vision, we do dig the way Renault sees them evolving.