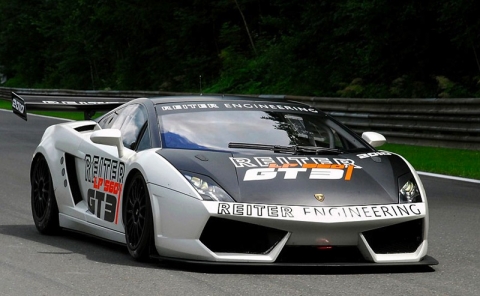 Reiter Engineering has just updated the Lamborghini Gallardo LP560-4 to meet 2010 FIA specifications in order to compete in the GT3 class of racing. Reiter has made road worthy versions of the Gallardo in the past, so we’ll wait patiently for a subsequent announcement (or lack thereof) for a street machine. For the time being, we can marvel at this revamped supercar. The Reiter LP560 GT3 only gets an additional 10 hp from the 5.2-liter V10 powerplant (pushing the engine rating to 570hp and 399lb-ft of torque) but weight has been dropped down to a svelte 2,627 pounds. An aluminum spaceframe-structure along with carbon-fibre bodywork account for the majority of the reduction. 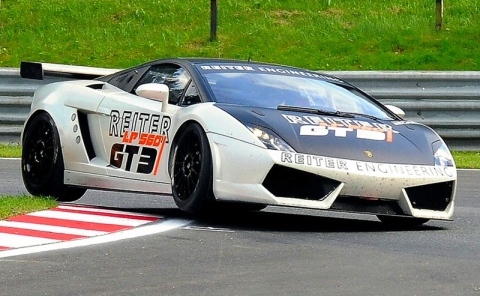 Reiter incorporates several new aerodynamic tweaks including a carbon rear wing, front splitter and a sealed aluminum-honeycomb belly pan to create additional downforce. The car benefits from a revised racing suspension with specially fabricated wishbones and CNC machined uprights. And a braking system designed for 24-hour racing has been installed. Handling should be exceptional with an adjusted weight balance set at 43% front and 57% rear, enabling solid straight-line performance and providing excellent cornering ability as well. 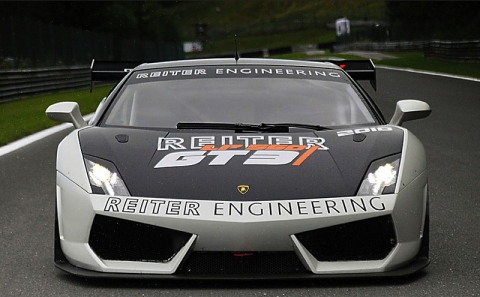 Reiter has chosen to use a Holinger race gearbox to provide exceptional power transmission. This Evo-style gearbox will allow shift times to be cut in half. A fully adjustable ECM is also provided. 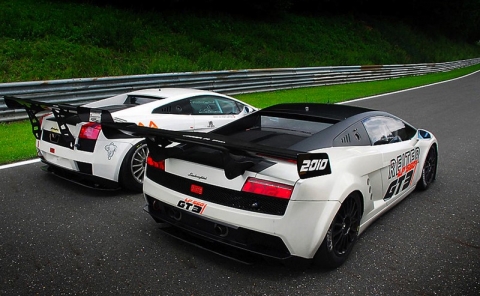 This company has been tuning Lambos into race cars for quite some time and their vehicles are currently in the lead in several series including the French FFSA GT3 and Asian GT3. Reiter has an established track record with many individual race wins as well as overall championships. Look for their newest creation, the Reiter LP560 GT3 to step performance up several notches and, if not dominate, keep it in the winner’s circle more often than not. 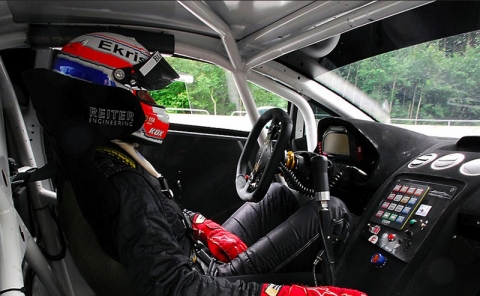