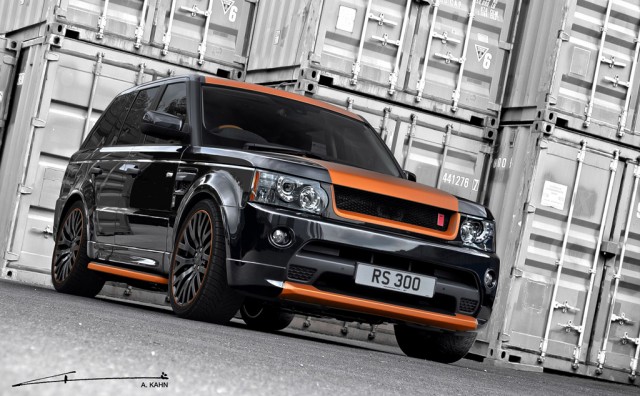 If we absolutely had to drive a luxury SUV, the Range Rover Sport would be quite high on our list of choices. It looks like a factory customized version of the regular Range Rover, and it’s available with the demonic supercharged 5.0L V8 that’s shared with corporate sibling Jaguar. Plus it’s not another Mercedes-Benz ML, Porsche Cayenne or Cadillac Escalade, so you don’t seem like such a lemming with regard to vehicle choice.

Unfortunately, while you don’t seem to see as many Range Rover Sports on American roads as you do other premium sport utes, you still see them every now and then, and that’s a problem for some folks. They want to make absolutely sure their ride stands out from its brothers and sisters, and one company that can help buyers do that is Kahn Design. 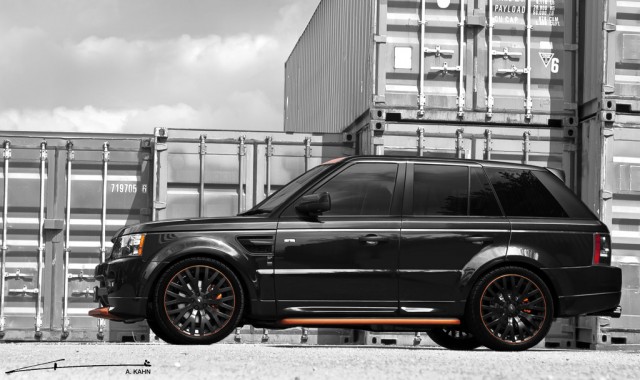 The folks in Bradford, England have been helping enthusiasts personalize all kinds of rides – ranging from luxury sedans to supercars – for a while now through their Project Kahn division, and the Range Rover Sport is the latest model to receive the comprehensive customization treatment, which in this case is dubbed the Vesuvius package. And the sharp orange and black paint scheme is certainly volcanic, but a color change alone wouldn’t make much of an impact; good thing, then, that the Kahn crew also added new bumpers, a mesh grille insert, roof spoiler, side skirts/steps, and a quartet of Kahn’s own RS 22” wheels.

Inside, you also get a smattering of black and orange, only here it’s rendered in diamond-pattern leather and a replacement steering wheel rim. It looks like a really cushy place to spend time, if not a relaxing place. You’ll probably still see those orange gauges staring back at you if you close your eyes. 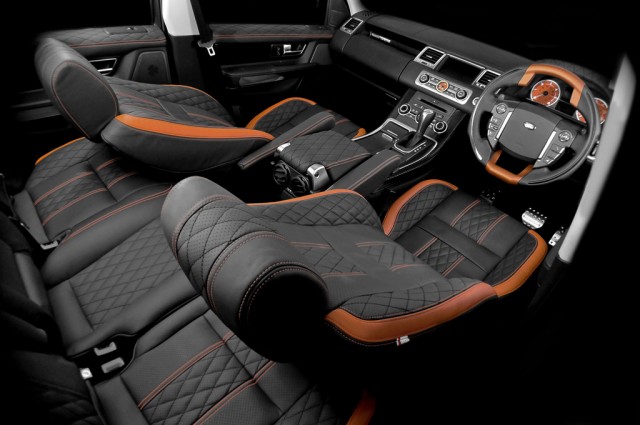 One thing you won’t want to do is close your eyes when the Vesuvius is moving. This is even true with the not-for-you-Johnny-America V6 turbodiesel. The Kahn folks teamed with one of the rock stars of the racing engine world, Cosworth, to extract a whopping 300hp from the sparkless wonder. As it is, people on this continent will have to settle for the aforementioned gas V8 in either normally aspirated or supercharged form.

The price for all this poshness? A mere $113,124 at current exchange rates, though if you don’t have quite that much coin, Kahn will sell you many of those pieces a la carte. Either way, you have a way to make your atypical SUV even less typical. And, as is the case with the hokey pokey, that’s what it’s all about, right?