PRIOR Design Pumps Up the Mercedes-Benz E-Class Coupe 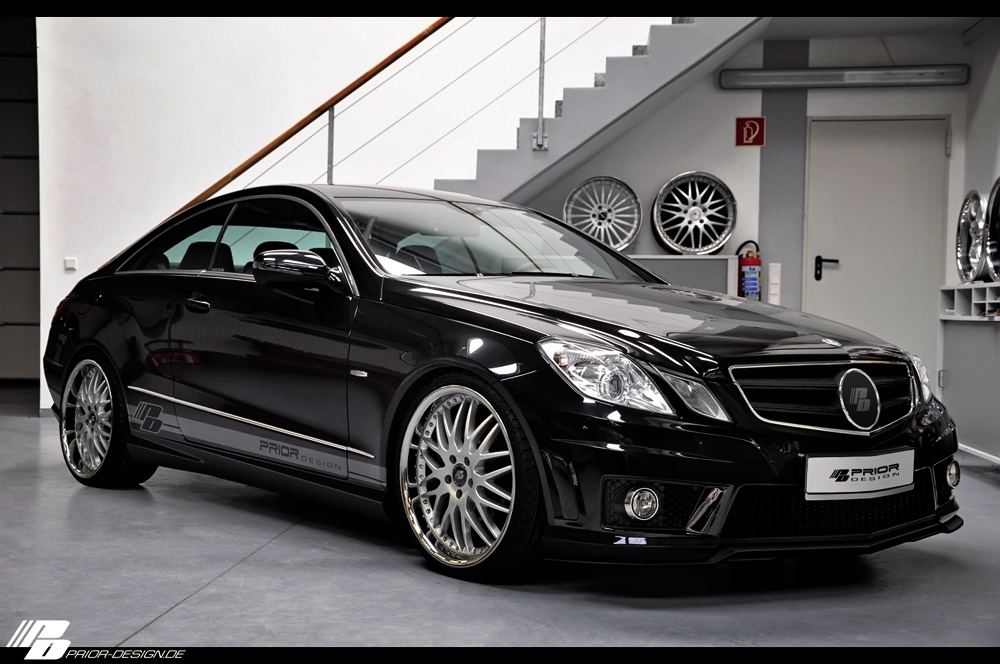 With the demise of Mercedes-Benz’s CLK-Class range in favor of a resurrected E-Class coupe and convertible, many motoring enthusiasts (us included) are eager to know when two-door versions of the wunderbar E63 AMG will be showing up in showrooms (or if they’re even coming down the pike at all). After all, not everyone who is in the market for such a vehicle wants the added heft (or cost) of the full-size CL63 AMG, nor do all people buy into a notion that a coupe can have more than one door per side, commercial success and critical acclaim of the CLS family be damned.

Thankfully, there’s no shortage of tuners willing to fill this hole in the AMG lineup. Some focus more on making the new E coupe’s already tasty lines (though the tiny fixed rear-quarter windows on what’s otherwise a proper “pillarless” hardtop like big sister CL still bug us) more distinctive, while some put more emphasis on performance. The new package from the folks at PRIOR Design lies somewhere in between those two extremes. 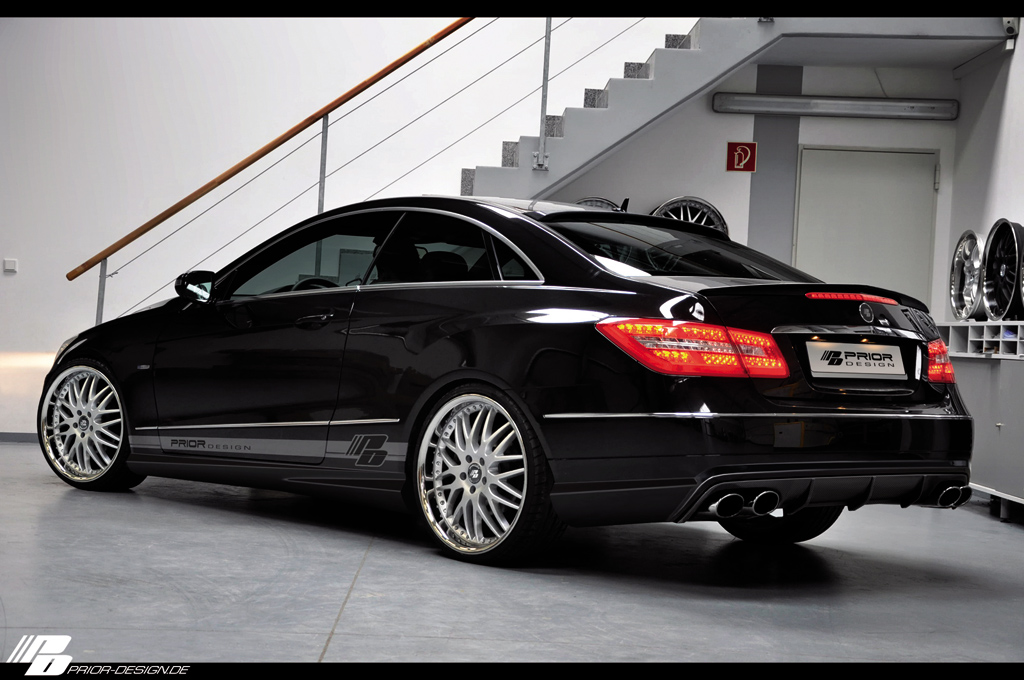 Although PRIOR can boost engine output by up to 75hp over stock depending on which engine your car has (In Europe the selection runs the gamut from a 2.2L four-cylinder turbodiesel to the 5.5L V8 offered here in the E550 Coupe.), the bulk of the changes are of the visual variety. However, it could probably be argued that the new quad-tip stainless steel exhaust system helps out in both areas.

The key to the package is arguably the 20” PRIOR GT wheels which feature an aggressive split-spoke pattern. Coupled with performance tires and a lowering kit that drops ride height by 35mm (1.38”) and the PRIOR-itized (Heh…) E coupe appears to be giving the ground a big bear hug. The effect is magnified by a tastefully subdued body kit comprised of a meaner front bumper with a subtle splitter, side skirts, a deeper rear bumper with a finned diffuser, and small spoilers for the trailing edges of the roof and trunklid. Inside, there’s a bevy of carbon fiber and brushed aluminum trim pieces available to remind you that you’re not riding in just another E Coupe (or E Convertible, since all of the pieces listed and seen in these photos – save the roof spoiler – are available for the ragtop). 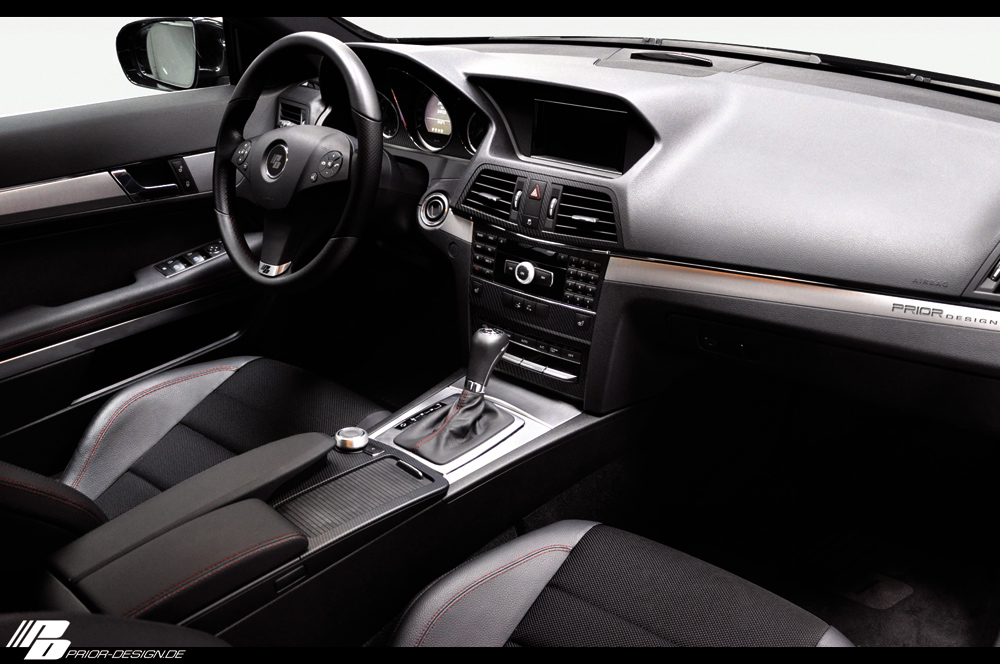 What’s the price for all that aesthetic enhancement? At this writing, it will set you back the equivalent of just over $6,700. That price will go up if you want the body kit parts in carbon fiber. But if you want your “sporty” E-Class made moreso, that’s a pretty good deal, especially when an actual AMG version would command an even bigger premium.