Prior Design PD900GT Body Kit Bulks up the SLS AMG 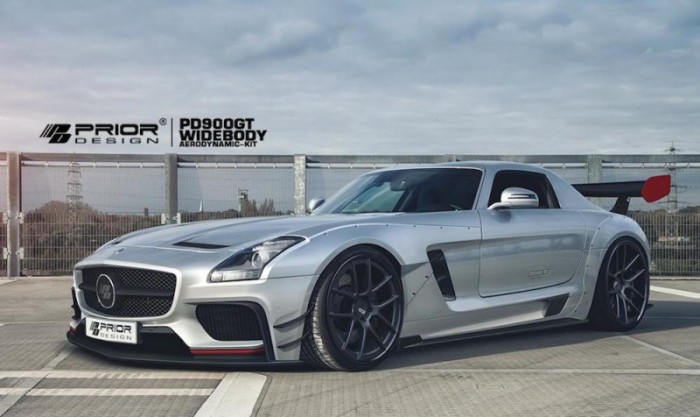 The arrival of the Mercedes-AMG GT S (to be followed by the regular-strength GT next year) is bad news for owners of Merc’s previous supercar – the SLS AMG – who are looking to sell, but it’s good news for enthusiasts who don’t care about having the latest and greatest asphalt shredder from the world’s oldest car company if it means saving some dough upfront. Also, few things on a car are better at drawing crowds than gullwing doors. But Prior Design has a way to make the SLS draw even bigger crowds, and it comes in the form of the body kit you see here. 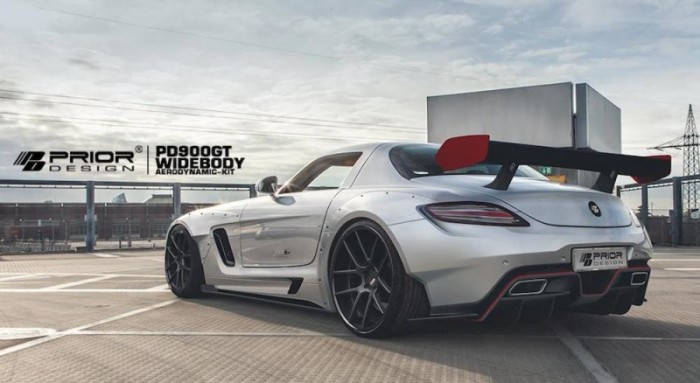 Called the PD900GT, the kit contains new fascias front and rear (the former looking a lot like the one on the SLS AMG Black Series), side skirts, a vented hood, a GT3-racer-esque rear wing, and front and rear fender flares that make zero effort to disguise the fact that they’re tacked-on. It’s a visually compelling package, made even more compelling by a suspension lowering kit and a set of Prior Design’s own 20” wheels. The company says the PD900GT kit will be available sometime next month, so you won’t have to wait very long to make your SLS look more muscular than it already does. 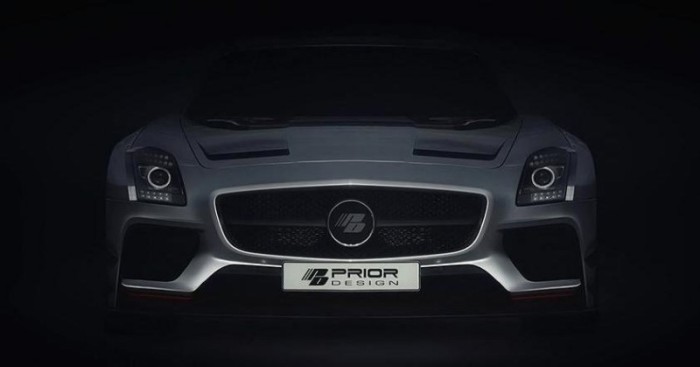