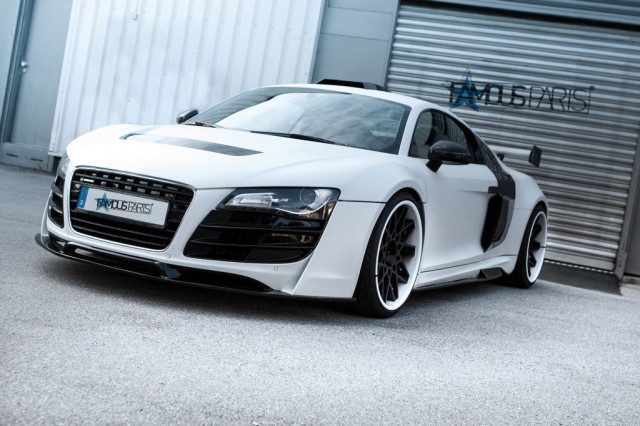 We’ve used this space to profess our love for Prior Design’s PD GT850 body kit for the Audi R8 before. And why wouldn’t we? It makes the street version of Audi’s already athletic looking supercar appear more like its GT3 racing counterpart, the R8 LMS. However, the PD GT850 kit adds even more motorsports flare, with a rooftop air scoop and sculpted side skirts (Say that three times fast!).

A customer of Famous Parts, a German tuning shop located about halfway between Essen and Düsseldorf, likes the Prior Design R8 kit as well. However, instead of just having Famous Parts install a PD 850 GT kit, bolting on a set of wheels and calling it a day, our unnamed R8 owner asked the firm to take things a little bit further. As you can see, the Famous Parts Crew managed to do exactly that. 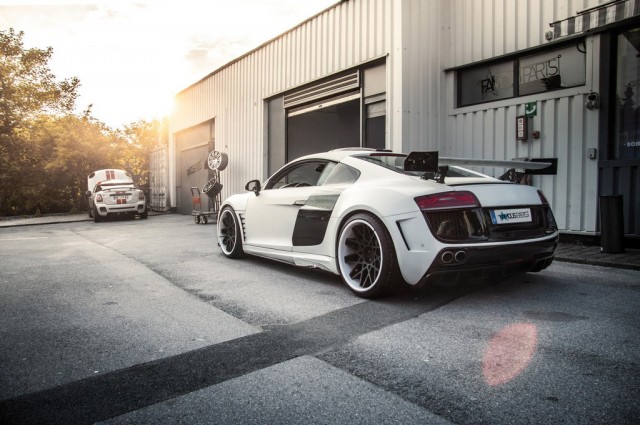 The Prior Design body kit, for those of you keeping score at home, includes a new front and rear bumpers, front trunklid, wider front and rear fenders, side skirt extensions, roof scoop and rear spoiler. Famous Parts has installed all those bits as intended, plus a set of 20” forged alloy wheels from Rotiform wearing Continental Sport Contact tires. But rather than paint or wrap the finished ensemble in an vibrant color or the wicked played out (as they say in Boston) matte black, Famous Parts instead decided to coat the car in matte white to match the rims of the Rotiform wheels. It’s not the most popular color scheme out there, but we happen to like the looks of the “White Phoenix.” 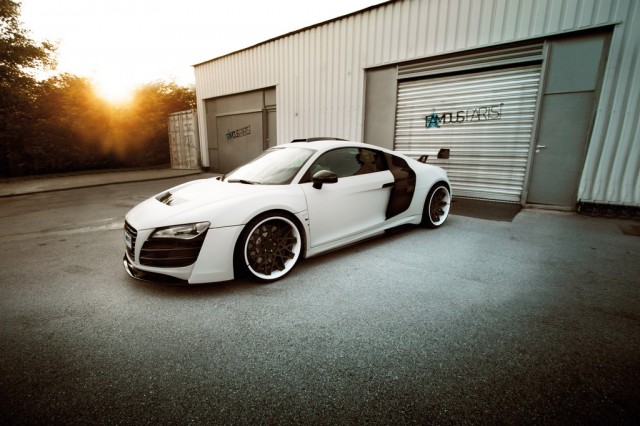 Lest you assume Famous Parts gang stopped at the cosmetic level, well, they didn’t. They also tweaked the Audi’s adaptive damping system, as well as adding a Capristo sport exhaust system, high flow intake piping, and a tuned ECU. No word how much power these bits add, but we’re guessing you’ll feel a bit more kick in the lederhosen when you floor the accelerator.

Famous Parts is also remaining tight-lipped with regard to how much it charged for all these revisions. But because the R8 is somewhat of a “budget” supercar, you could probably put a similar R8 together and still have far less invested in it than you would a stock hypercar. Granted, performance will still be a few steps behind, but you will have a rarer car. And for some people, that’s a perfectly acceptable tradeoff. 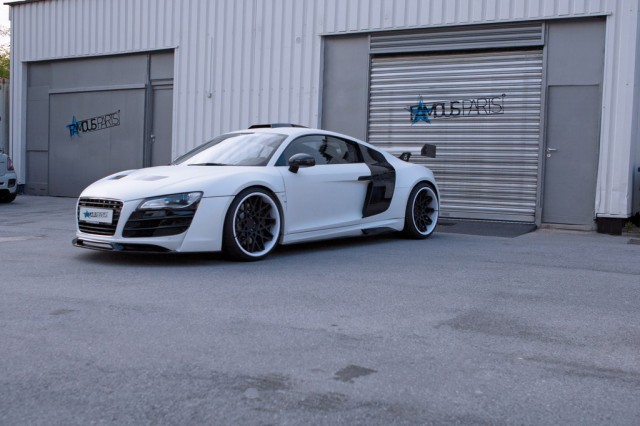