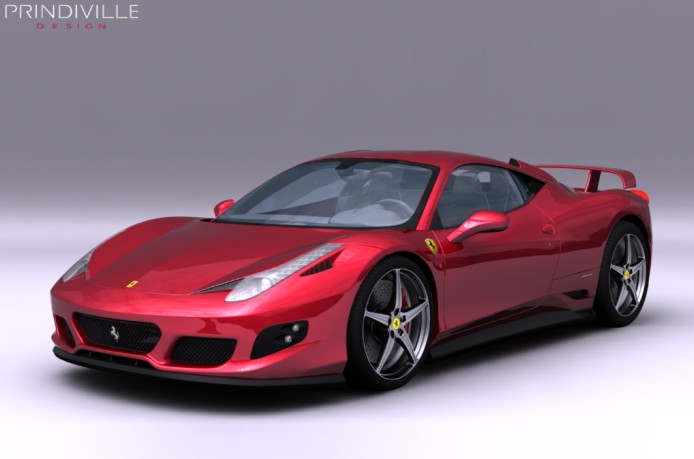 It doesn’t seem like that long ago when only third world dictators’ sons and celebrities with about a trillion times more wealth than taste commissioned tuners to rework Ferraris. These days, however, there are numerous companies worldwide offering performance and cosmetic enhancements for products of the Prancing Horse. And Prindiville Prestige is one such firm.

The red rendering depicts the S1 package, which features a more California-esque front bumper, side skirts, engine air scoops, revised rear bumper, and a rather tall rear wing. The silver car is the S2, with a split-grille front bumper, rear bumper with twin exhaust tips, side skirts and a comparatively low rear wing. And the orange car, the S3, just has a front lip spoiler, plus the S2’s side skirts, bumper and low wing. Each aero package (all pieces of which are made from carbon fiber) looks snazzy while still managing to be tasteful, and each one can be augmented with a set of Prindiville Design wheels if you so choose. Keep in mind, though, that each package will be limited to just 25 examples.

And if the visual upgrades aren’t enough for you Prindiville Design also offers a variety of mechanical upgrades for the Italia. You can order a titanium exhaust system, which is about 70% lighter than the stock setup. A low-restriction catalytic converter, a re-flashed ECU, high-flow air filter elements, and a host of suspension kits can also be fitted, plus just about any interior trimmings your rich little heart desires. 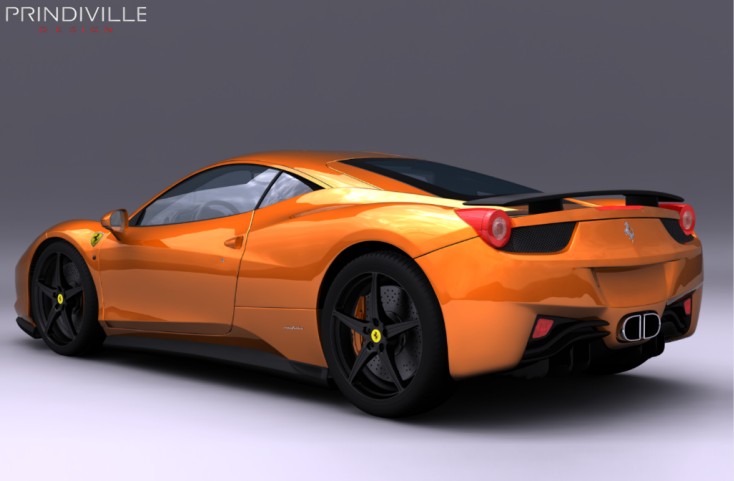 Speaking of rich, you’ll have to be that to acquire most of these bits and pieces. Dig: That titanium exhaust system will set you back 5,000 pounds, or more than $7,800 at current exchange rates. And the S1 rear bumper? Over $13,700. Yowza.  Of course, if you can afford a 458 Italia, you can afford mid- to high-five-figures in upgrades. First world problems, etc.