Praëm SP3 is a Honda RC-51 Dressed to the Nines 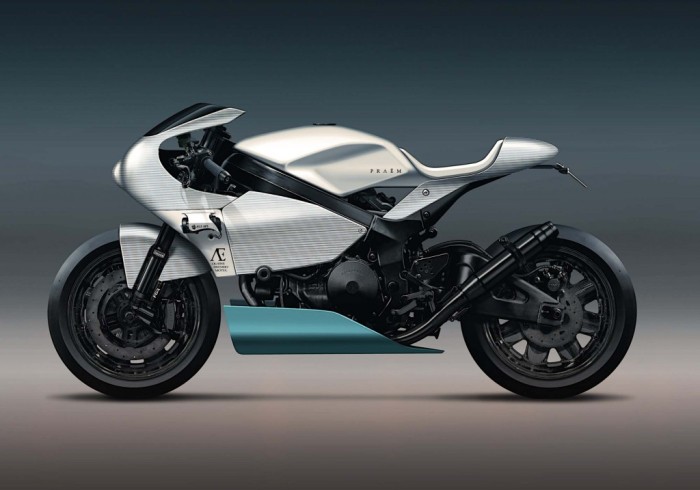 Lots of people are familiar with the idea of a coachbuilt car, but what about a coachbuilt motorcycle? The idea of stripping a motorcycle down to the engine and frame and giving it an entirely different look might seem novel on its face but, if you stop and think about it, that’s exactly what a lot of custom shops do. But Praëm isn’t your garden variety motorcycle customizing shop; besides having 100% more umlaut than most shops, this upstart French outfit counts a former BMW Motorrad designer as one of its principals. As a result, its first project looks as striking and polished as you’d expect. 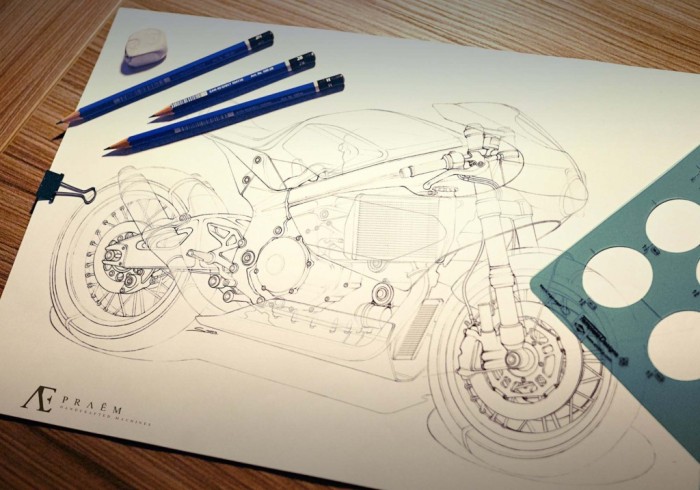 Starting with a 2000 Honda RC-51 (better known over here as the RVT1000R), the team of Sylvain and Florent Berneron took the bike down to its bare essentials. From there, they began building it back up, adding a pair of Rotobox carbon fiber wheels, Brembo brakes, and Öhlins suspension components. There’s a new gas tank and seat, as well as new aerodynamic fairingsin place of the original Honda bits. However, instead of crafting the fairings from a solid material like fiberglass or sheetmetal, the guys used numerous strands of metal wire pulled taut over a series of underlying armatures to form the shapes of the “panels.” It’s a neat idea and, considering this so-called SP3 is only the first of what is expected to be many Praëm creations, we can’t wait to see what’s coming next. 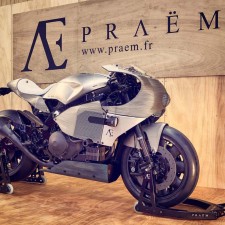 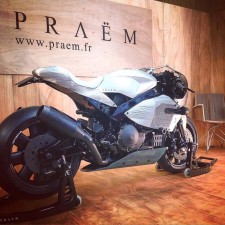 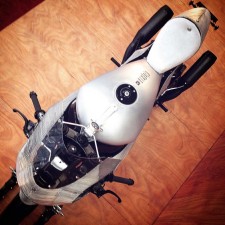 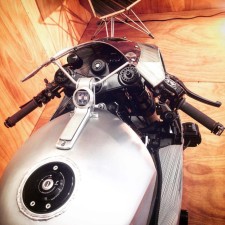 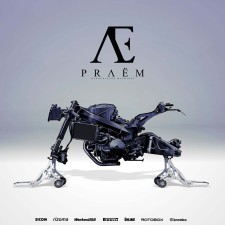 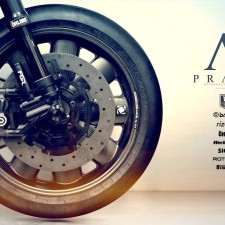 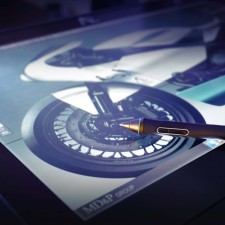 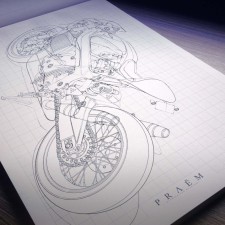 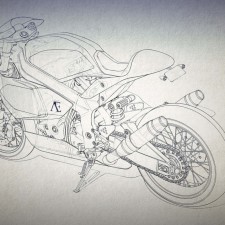 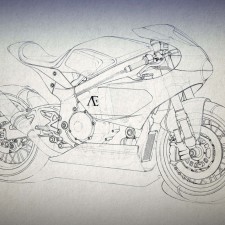