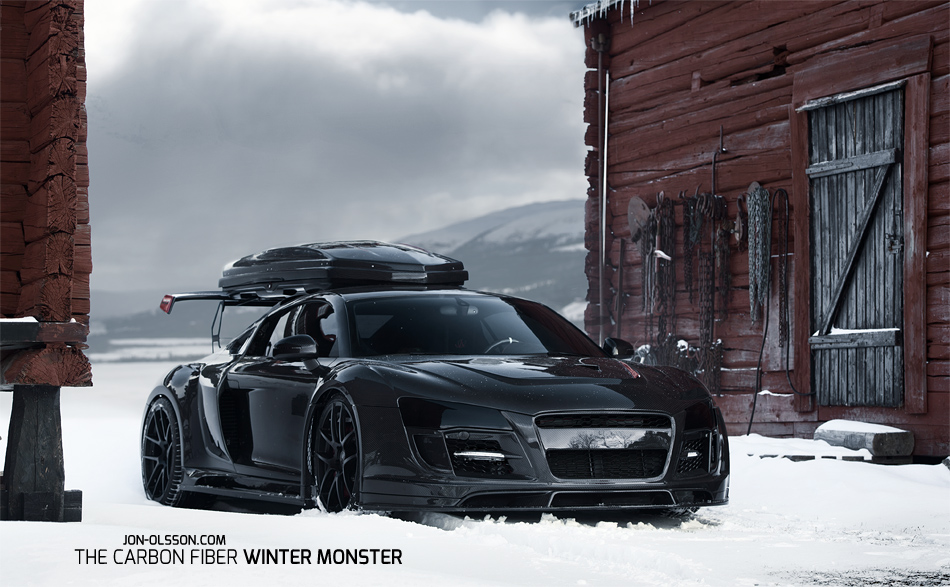 Ah, to be an international skiing superstar. Getting to travel the world, fly down snow-cloaked slopes at freeway speeds, thrill audiences, prove your mettle against the world’s best, thrill thousands upon thousands of fans and, at the end of the day, decompress from all the occupation’s stresses in a hot tub with your favorite snowbunny (or snowbunnies). What a life…

Swedish ace Jon Olsson probably does most of those things listed above, as well as being involved in multiple skiing-related business ventures, including his own goggle company, Yniq. He also has a serious supercar jones, one that he has satisfied in the past with a customized, rooftop-ski-box-equipped Lamborghini Gallardo. Now, though, he’s rolling in the Gallardo’s Teutonic sister, the Audi R8 V10. But as you can clearly see, this is hardly your factory standard R8. 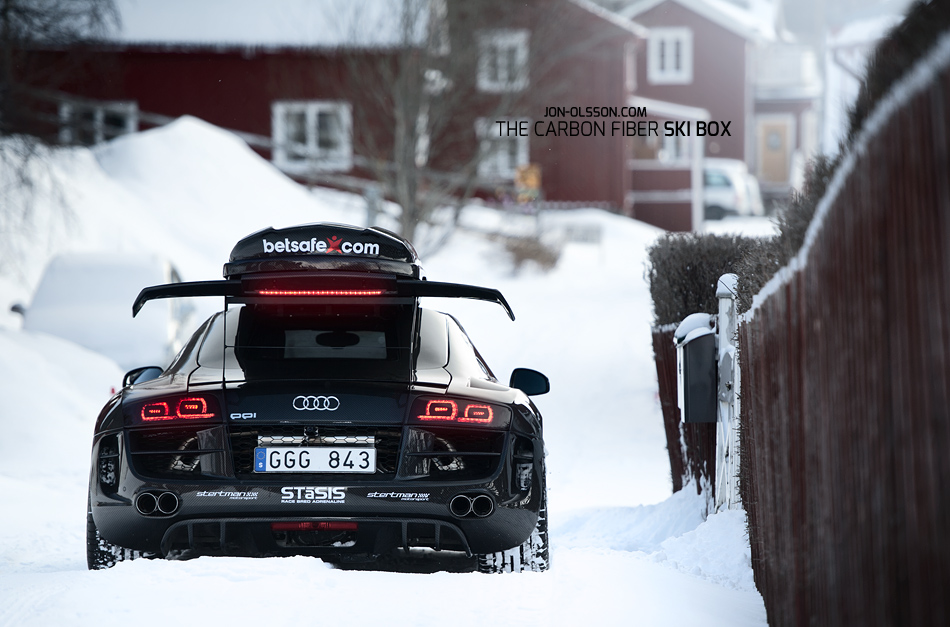 For starters, Olsson hired PPI Design to cloak his new toy in its Razor GTR carbon fiber widebody kit. In addition to making the car broader (to better accommodate those mondo ADV.1 wheels) and meaner looking, it also slices a whopping 551 lbs. off the stock R8 V10’s curb weight. The end result is this baby tips the scales at just a hair over 3,000 lbs., though we’re guessing that doesn’t include the obligatory (for Mr. Olsson, anyway) carbon fiber ski box, whose ass-end is propped up by a spindly rear wing that approaches Charger Daytona/Road Runner Superbird proportions.

Naturally, that big drop in heft makes for a big jump in performance. But rather than just put his new Audi on a diet and call it a dag, Olsson put in a long distance call to West Virginia-based Stasis Engineering to ask them to give the 5.2L Lambo-derived V10 some extra pep. Suffice to say, they delivered big time, with their Challenge Extreme package bumping total output from 525hp to 710hp. Galen! 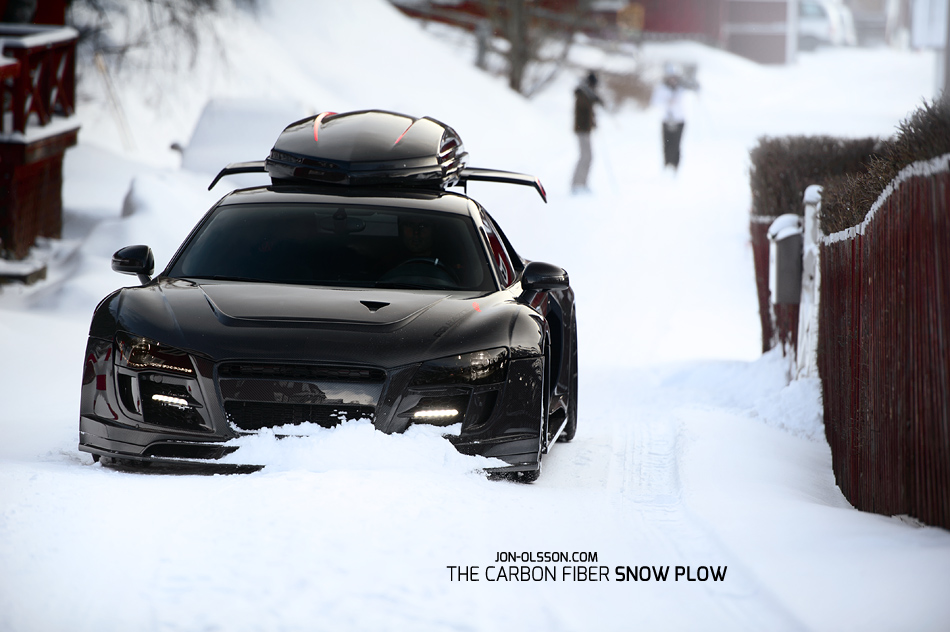 Throw in the upgrades made to the R-Tronic 6-speed paddle shift transmission, and it should be no surprise that Olsson’s black stallion puts up the kind of performance numbers that even a Super G skier would have difficulty comprehending. Dashes to 62 mph from rest should take about 3.2 seconds, while the top speed is in the vicinity of 208 mph.

Even if you think the “murdered out” (i.e. all black all the time) aesthetic has long since assumed a skyward trajectory over the Selachimorpha, you really can’t front on this machine (Trust us, we’ve tried.). In fact, we propose a toast. May Jon and his sinister supercar enjoy a long, happy relationship, filled with bystanders amazed, snow banks avoided, powerslides perfectly executed, and rivals rendered jealous. Cheers!