Posaidon Mercedes-Benz A45 AMG Has Specific Output out the Wazoo 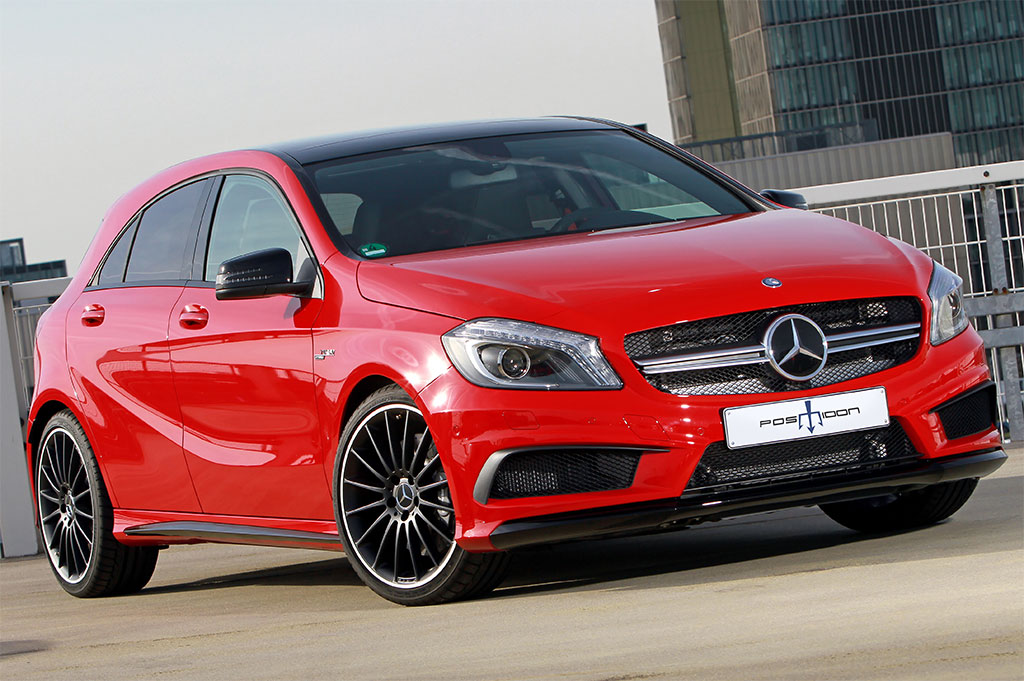 The turbocharged 2.0L inline-four engine (codenamed M133)that powers the Mercedes-Benz A45 AMG, CLA45 AMG and upcoming GLA45 AMGmight be AMG’s first production turbocharged four-banger, but you wouldn’t know it by looking at its output figures. It produces 355 horsepower and 332 lb.-ft of torque, giving it the highest specific output (i.e. unit of power per unit of displacement) of any production car reciprocating engine yet produced. We don’t think that can be pinned solely on “beginner’s luck.”

So is 177.5 horsepower-per-liter the most that can be extracted from the M133? In a word…no. In fact, a German Mercedes-Benz and Maybach tuner by the name of Posaidon has been able to squeeze substantially more pep out of this already amazing powerhouse. 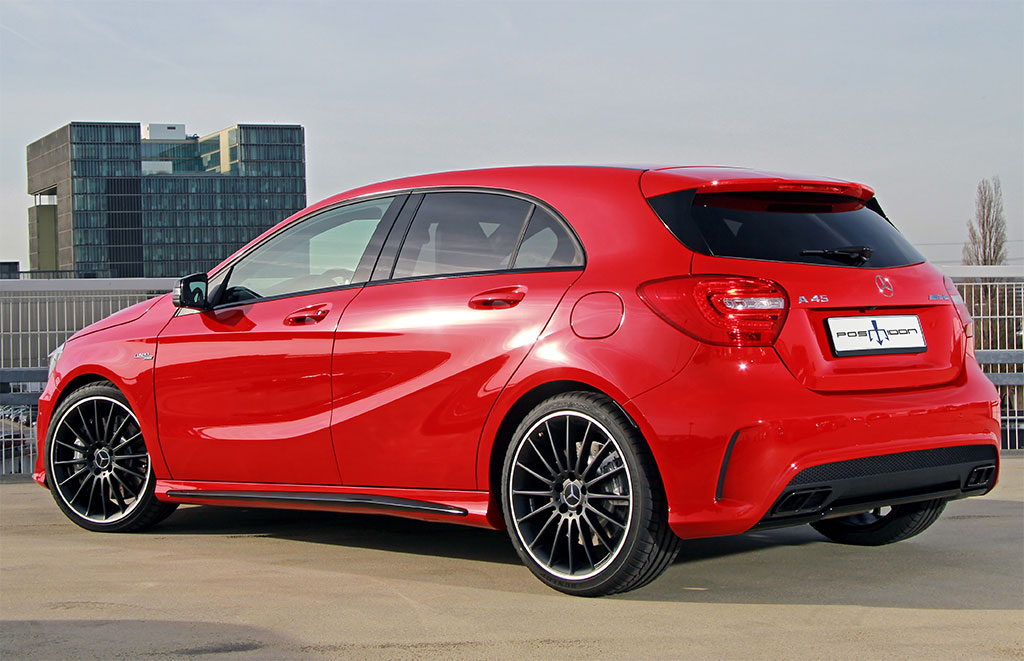 Posaidon offers three stages of ECU tuning for M133-powered AMG models. The first stage lifts engine output to 380 horsepower and 358 lb.-ft of torque, which is by no means weak. However, the second stage has an even better chance of getting your attention: It raises the totals to 400 horsepower and 361 lb.-ft. For most people that would be plenty. But if, for some reason, it isn’t, Posaidon offers the third stage of ECU tune. This upgrade yields 439 horsepower – which works out to an obscene 219.5 horsepower-per-liter – and 395 lb.-ft of torque. 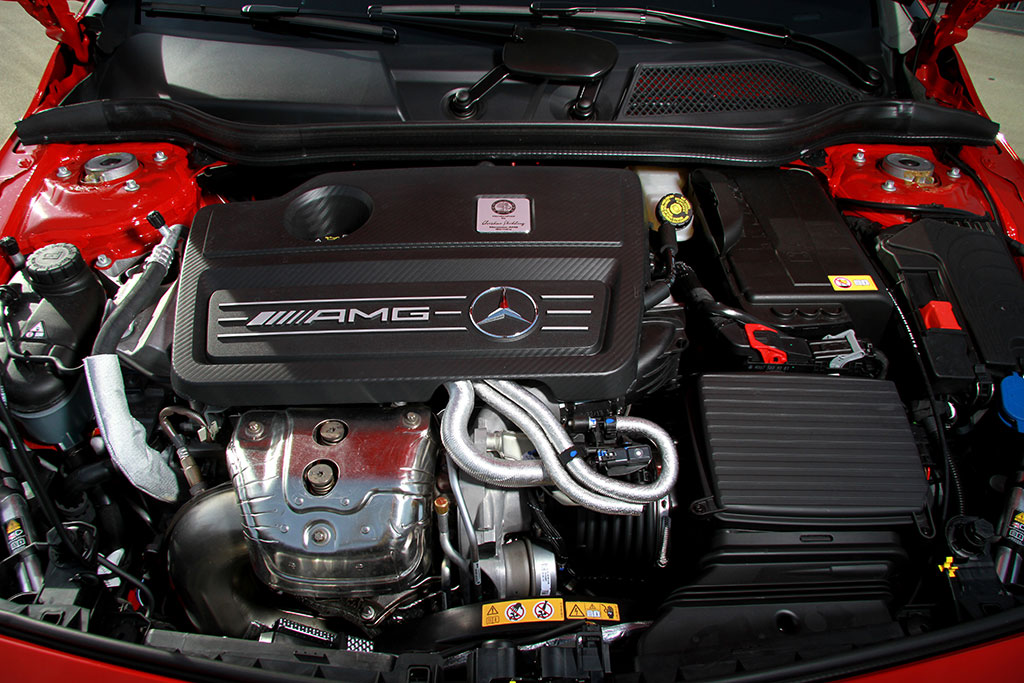 But reprogrammed ECUs aren’t the only upgrades Posaidon offers for the baddest baby Benzes. It also offers a stainless steel sport exhaust system with bypass valves to provide an appropriately angry soundtrack. And it’s worth noting that although Posaidon hasn’t released any definitive performance figures, it’s quick to point out that the ECU tunes will also remove the stock 155 mph speed limiter and lift the vehicle’s V-max beyond 186 mph.

It’s nice to know that even the most junior members of the AMG family have a similar amount of tuning potential that their big brothers and sisters do. That being said, the V8 and V12 models still hit the sweet spot for us. 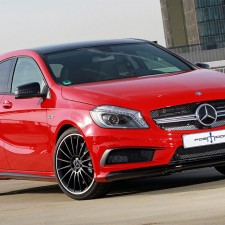 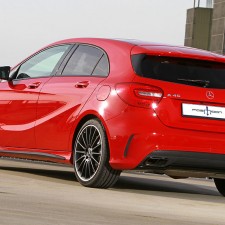 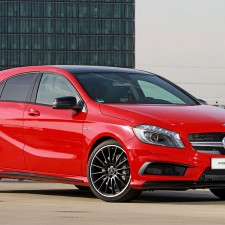 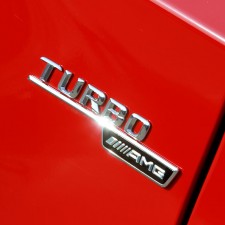 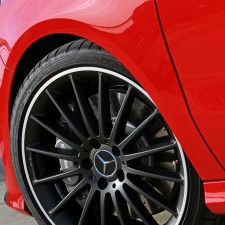 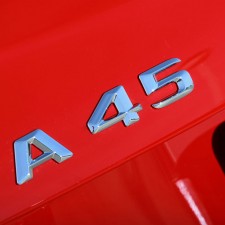 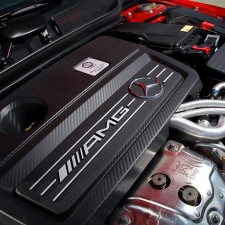 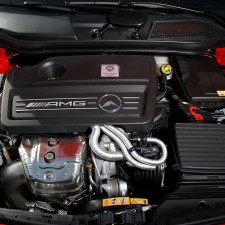 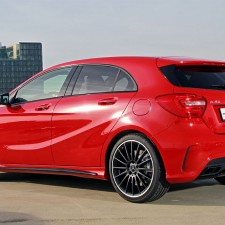