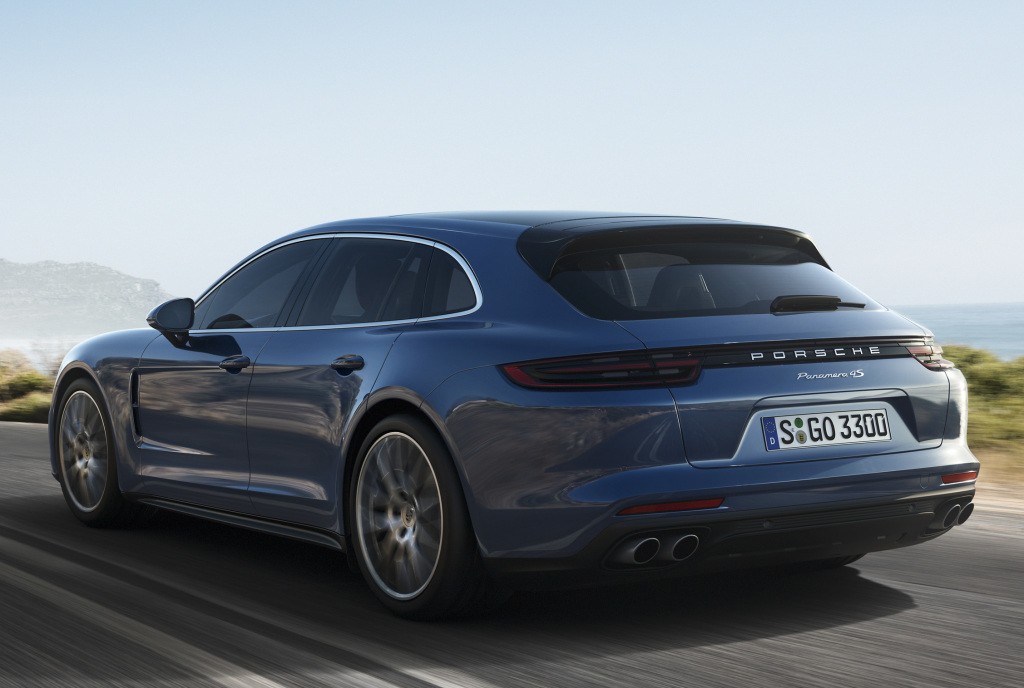 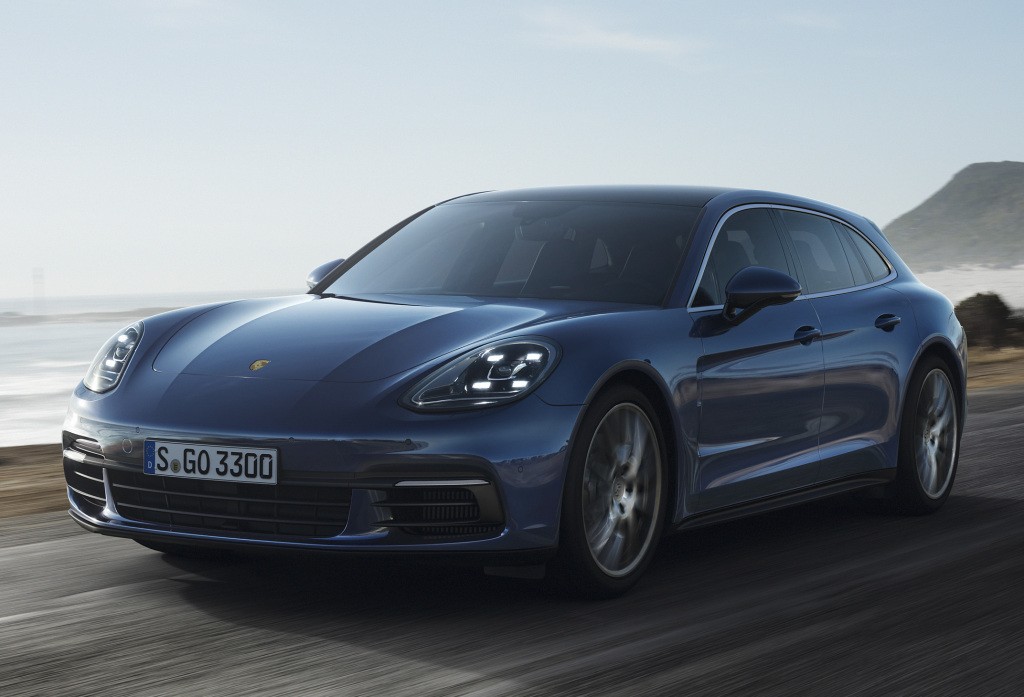 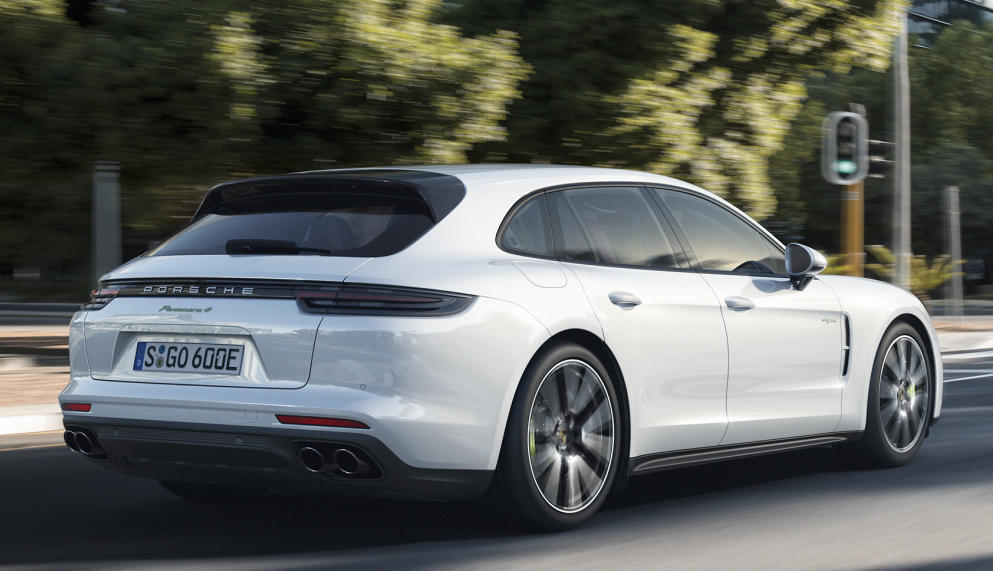 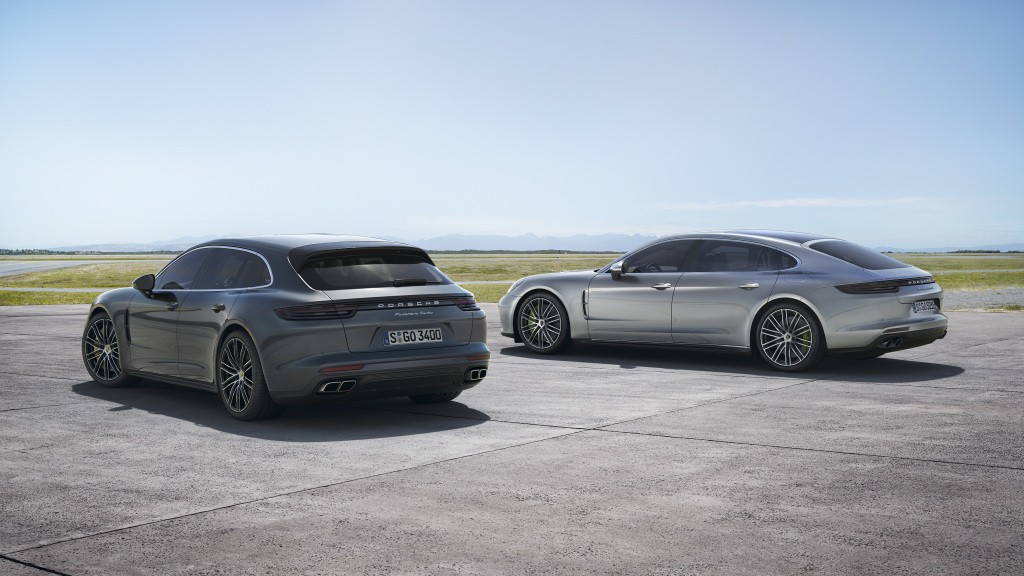 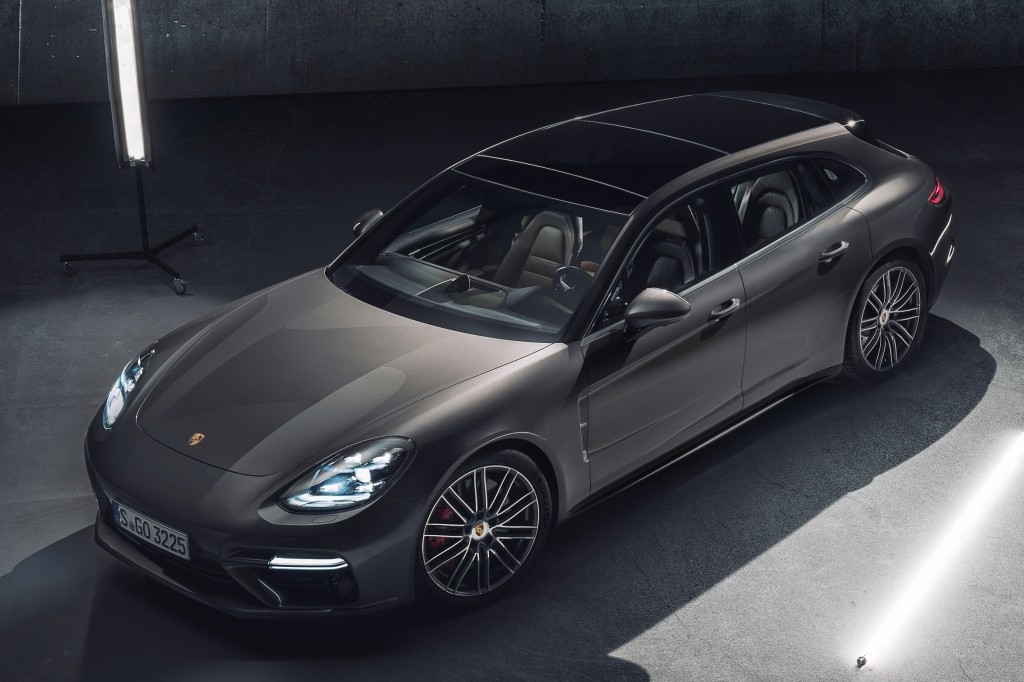 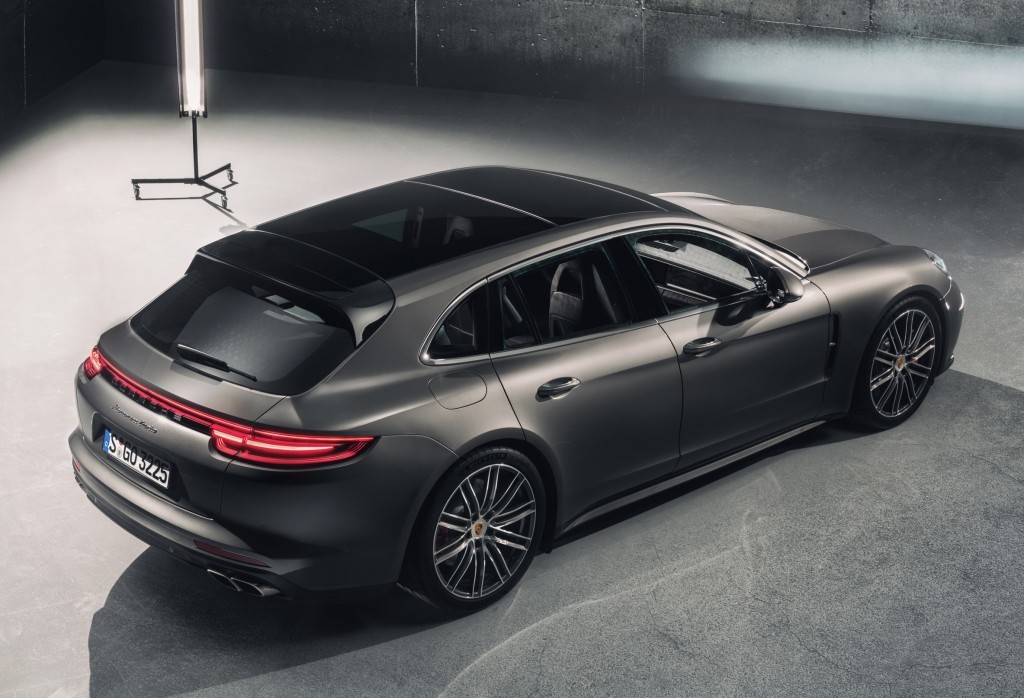 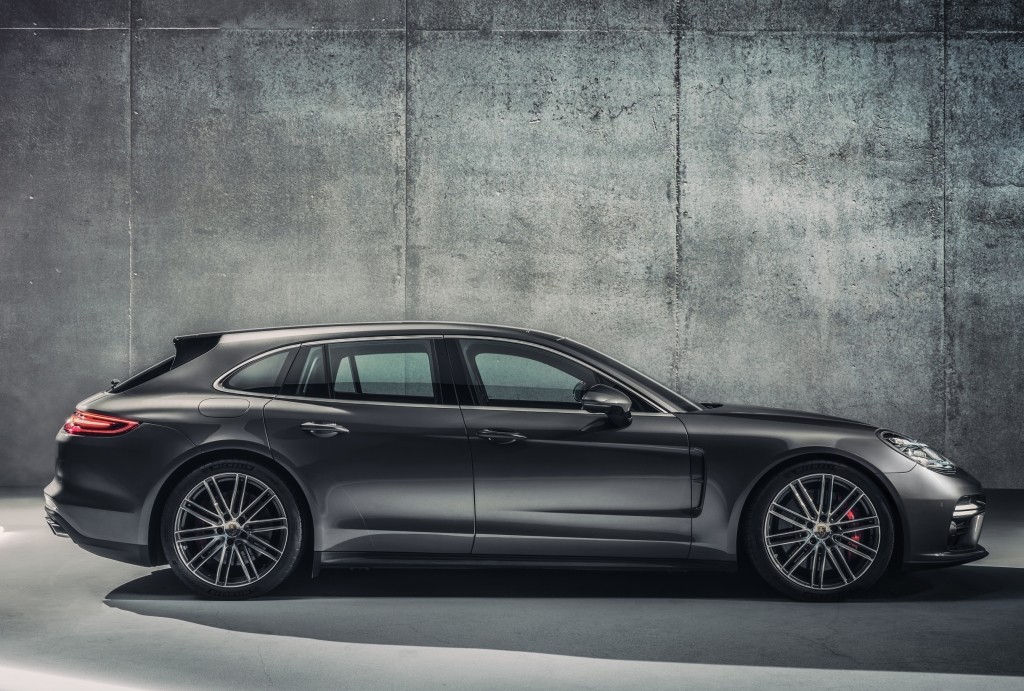 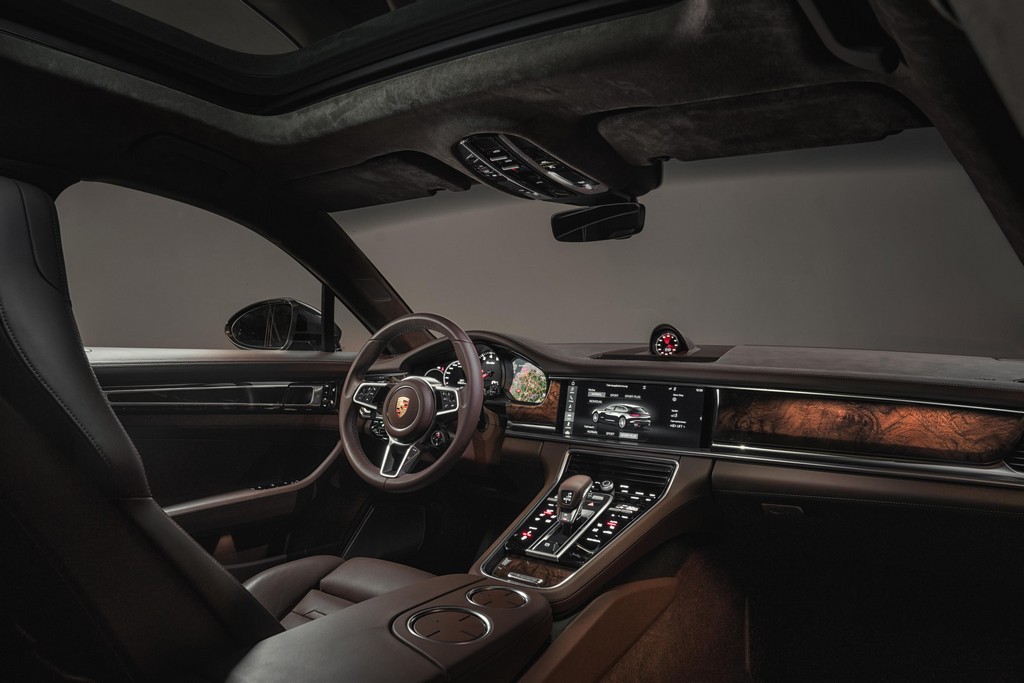 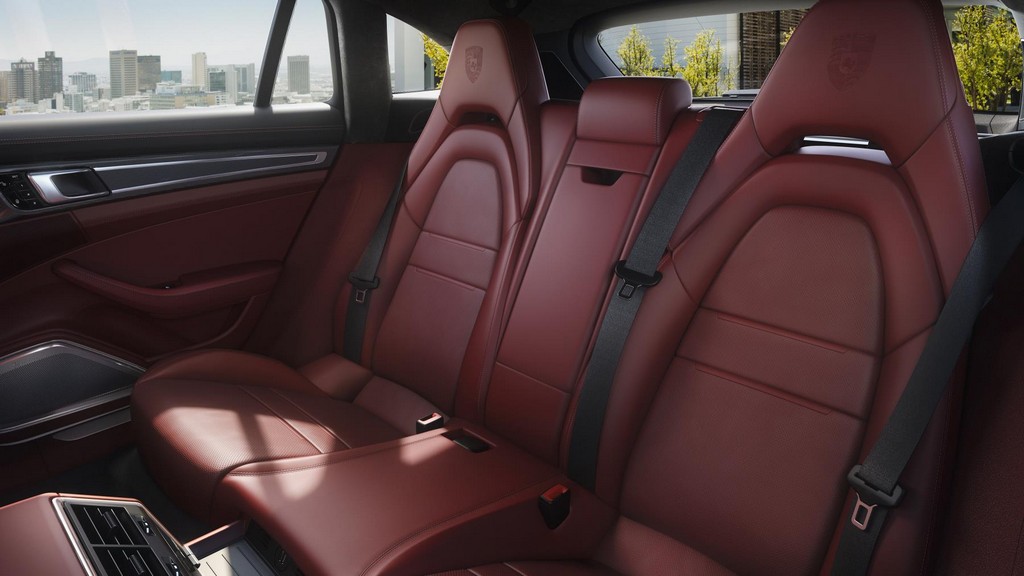 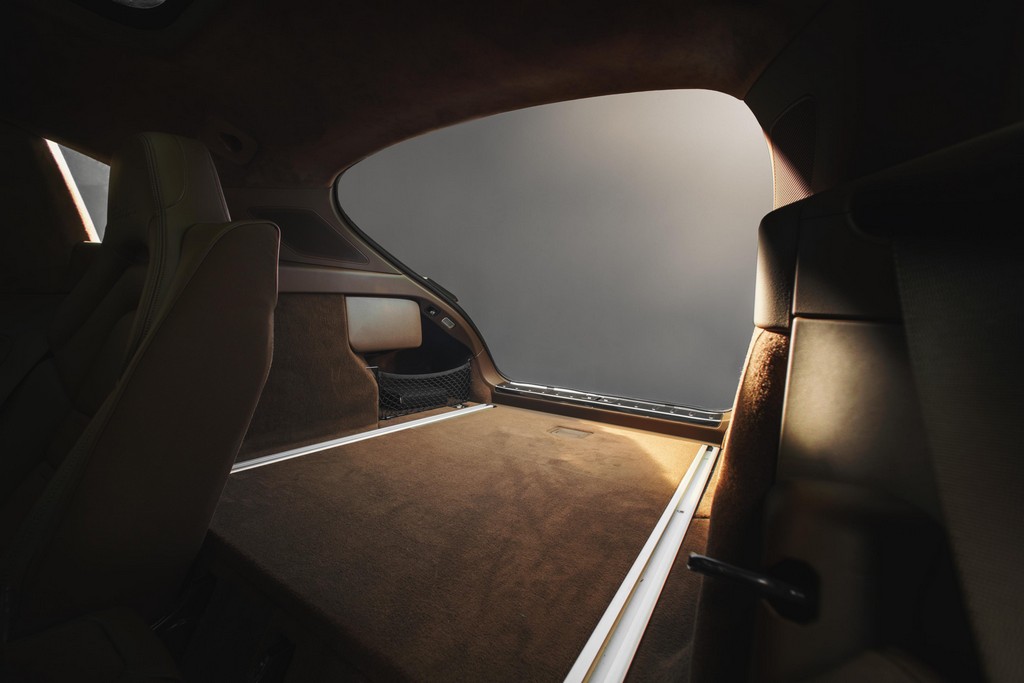 It hasn’t even been a week since Porsche fried our fragile little minds with the announcement of its ballistic Panamera Turbo S E-Hybrid, yet the company has decided to drop knowledge on yet another new Panamera permutation ahead of the fast-approaching Geneva Motor Show. And this one is even nearer and dearer to the automotive journalist heart, because it’s a station wagon! Okay, so the back window is still pretty steeply sloped (though not like it is on the hatchback sedan), and don’t bother asking about a rear-facing third row bench for the kiddies but, still, the 2018 Porsche Panamera Sport Turismo is all kinds of dope!

This first square-ish backed production Porsche (The company made a one-off, long-wheelbase pseudo shooting brake 928 H50 for founder Ferry Porsche’s 75th birthday, and multiple coachbuilders have produced 924/944/968 shooting brakes.) comes with all-wheel-drive standard across the board, as well as an automatic spoiler atop the rear liftgate and an exclusive three-across rear seat, though the center occupant’s legs will have to straddle the rather substantial driveshaft tunnel and trailing edge of the center console; that’s probably why Porsche calls it a “4+1” seating arrangement. The four powertrain options will be four of the same found in the sedan: The 4 (with a 330 horsepower 3.0L turbo V6), the 4S (with a 2.9L twin-turbo V6 producing 440 horsepower), the E-Hybrid (with the 4S’s V6 and a 136 horsepower electric motor for 462 horsepower total) and the Turbo (with a 4.0L twin-turbo V8 rated at 550 horsepower); sadly, there is no word if a Sport Turismo version of the aforementioned 680 horsepower Turbo S E-Hybrid is in the cards.

However, if you’re expecting more bad news in the form of confirmation that no versions of the Panamera Sport Turismo are coming to the U.S., guess again: To paraphrase Mr. Diamond, on the boats and on the, um, other boats, they’re coming to America! (Hear that, BMW, Audi, et al? Even a relative sales volume minnow like Porsche thinks we’re cool enough for their mid-size wagon.) Granted, in true modern Porsche fashion they won’t be cheap, with MSRPs running the gamut from $97,250 for the 4 to $155,050 for the Turbo but, when you get this much style and practicality in return, it’s not quite as painful if you ask us.