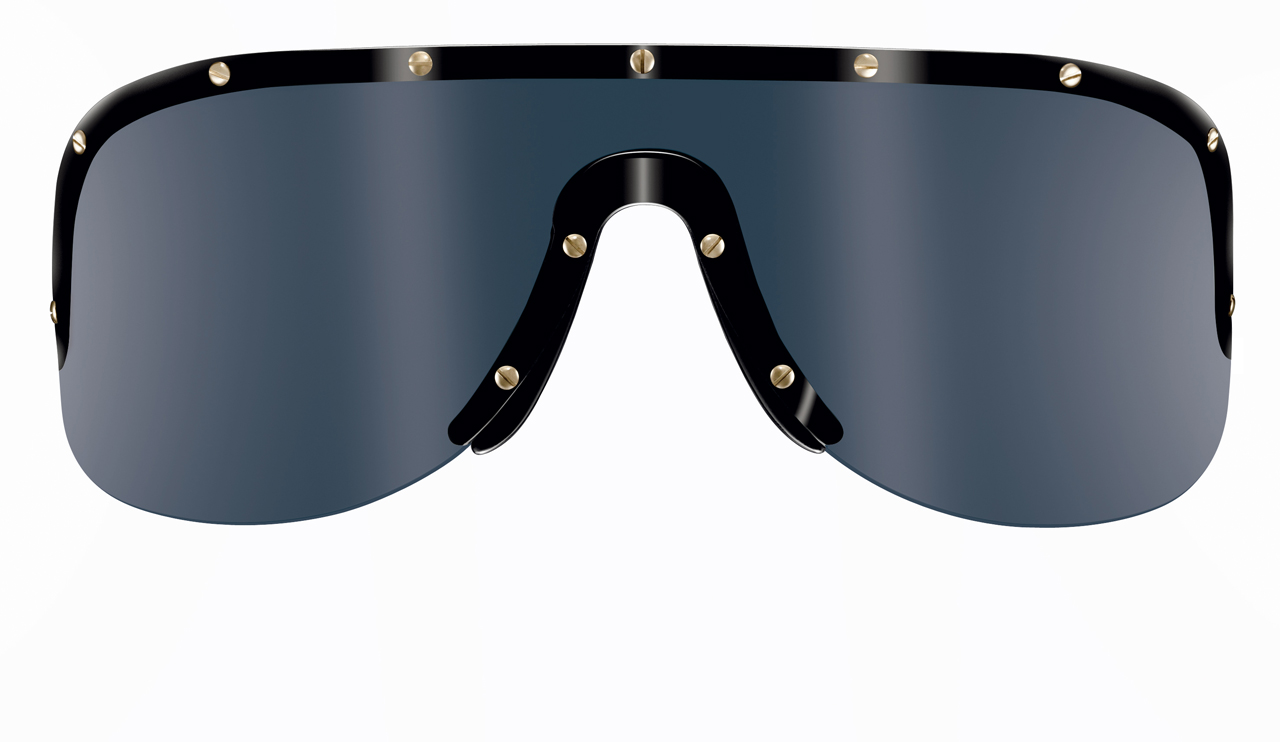 It is an interesting phenomenon that one particular accessory can so define an era and an individual the way the original Porsche Design shades did for Yoko Ono. Maybe that was a little over the top, but starting in 1979 and all through the mid-eighties, these shades were worn so much by Yoko Ono that they became widely known as the Yoko Ono sunglasses. This look graced the cover of albums, magazines (like the Rolling Stones) and at press conferences. These re-released Porsche Design P’8479 sunglasses are updated with Beta-Titanium, a new material used in space travel that is both lightweight and flexible. The visible screws running along the outsides of the frame make for futuristic yet retro look, like Mad Max meets Giselle.