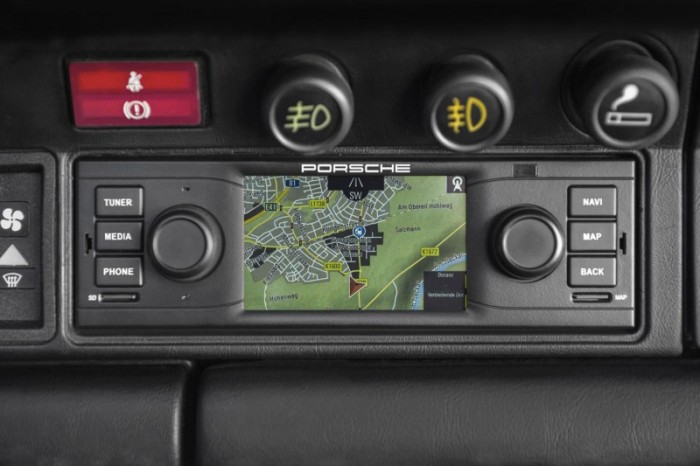 Modernizing the audio system of a classic car is big business. Multiple companies specialize in manufacturing head units that resemble the stock originals, yet are chock full of 21st century internals like a digital AM/FM tuner and USB compatibility. Heck, some outfits will even equip actual original radios with those bits. But as far as we can tell, none of the major automakers has come out with a bolt-in, plug-and-play upgrade for their most desirable old school products…until now. 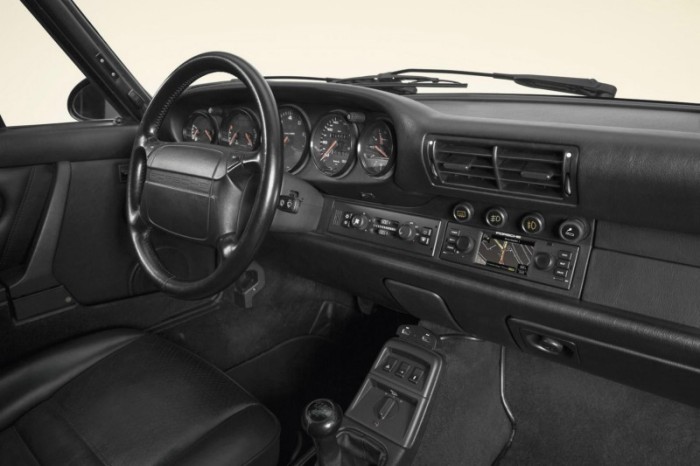 Porsche Classic – the arm of the German brand that’s tasked with helping owners of vintage Porsches keep their rides on the road and delivering maximum driving enjoyment – has revealed the sweet piece you see here. This single-DIN-sized box of digital goodness – designed to slide right into the dashboard of any air-cooled 911 (i.e. 993 and earlier) or 912, as well as most 914, 928 and 924/944/968 models – not olds incorporates the abovementioned digital tuning and USB, but also aux-in, Bluetooth, internal and external microphones for voice commands and hands free calling, a 4×45-watt amplifier and, for dessert, a GPS navigation system that utilizes the unit’s 3.5” full-color touchscreen. 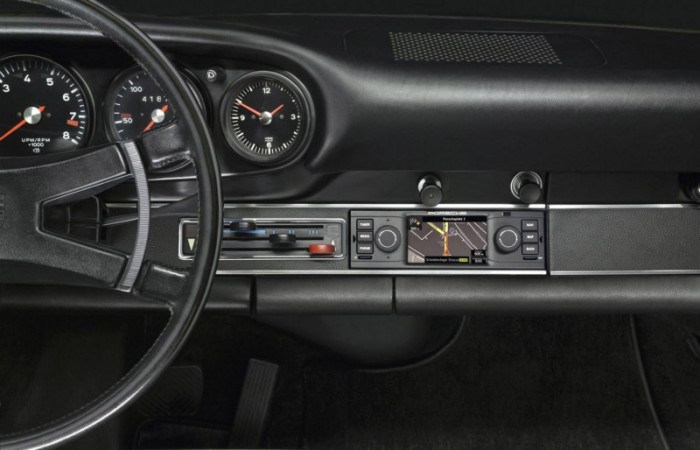 This amazing bit of kit is on sale in Europe right now for roughly $1,300, but Porsche has confirmed that a U.S.-spec version – complete with maps of our great land stored on 8GB microSD cards – is in the final stages of testing, and should start showing up behind dealer parts counters over here fairly soon. We can only hope that this idea is a runaway success that spurs more OEM’s to create similar cutting-edge-but-no-cutting-necessary infotainment systems for their iconic past products.