Porsche Cayman Clubsport Will Go On Sale in UK in October 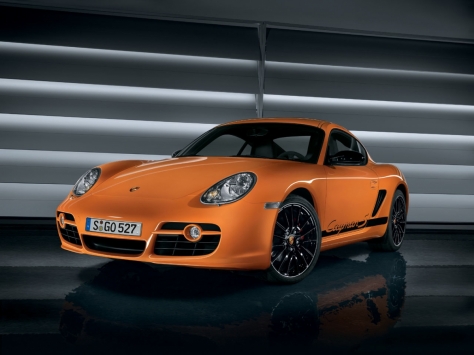 Looks like Porsche is making the already stellar Cayman once step closer to spectacular. The Porsche Cayman Clubsport will be geared more towards racing with reduced weight and more aggressive aerodynamics. This car will better lend itself to track days and competition. Porsche is also hoping to create a new one-make race series for the offshoot.

Weight reduction will come in the form of lightweight body panels, a stripped down interior, a simplified lighting system and forged alloy wheels. All told, up to 220 pounds will be eliminated. The revised body kit will include deeper front and rear bumpers and a fixed rear spoiler. The same 320hp flat six from the Porsche Cayman S will be used, which means performance should surpass the 171mph top speed and 0-62mph sprint of 4.9 seconds currently offered from that engine.

The price of the Porsche Cayman Clubsport has not been confirmed but should fall somewhere just north of $65,000. The car will go on sale in the UK in October and will be available in either standard trim or a race spec version with six-point harness, fire extinguisher and roll cage.