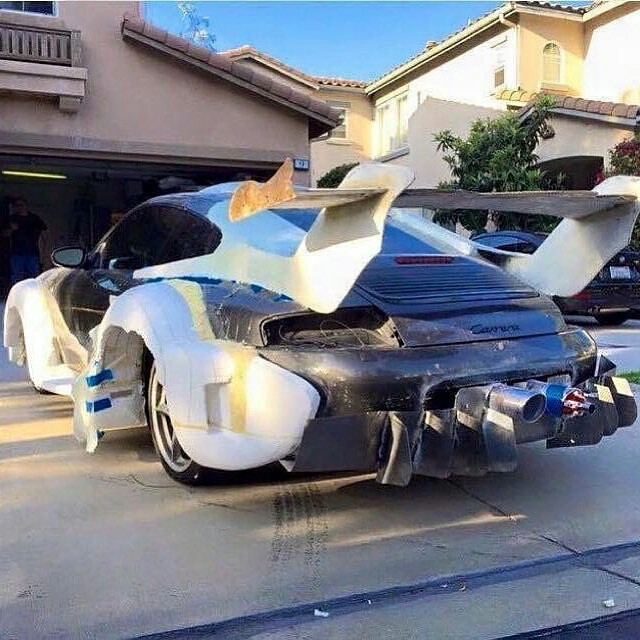 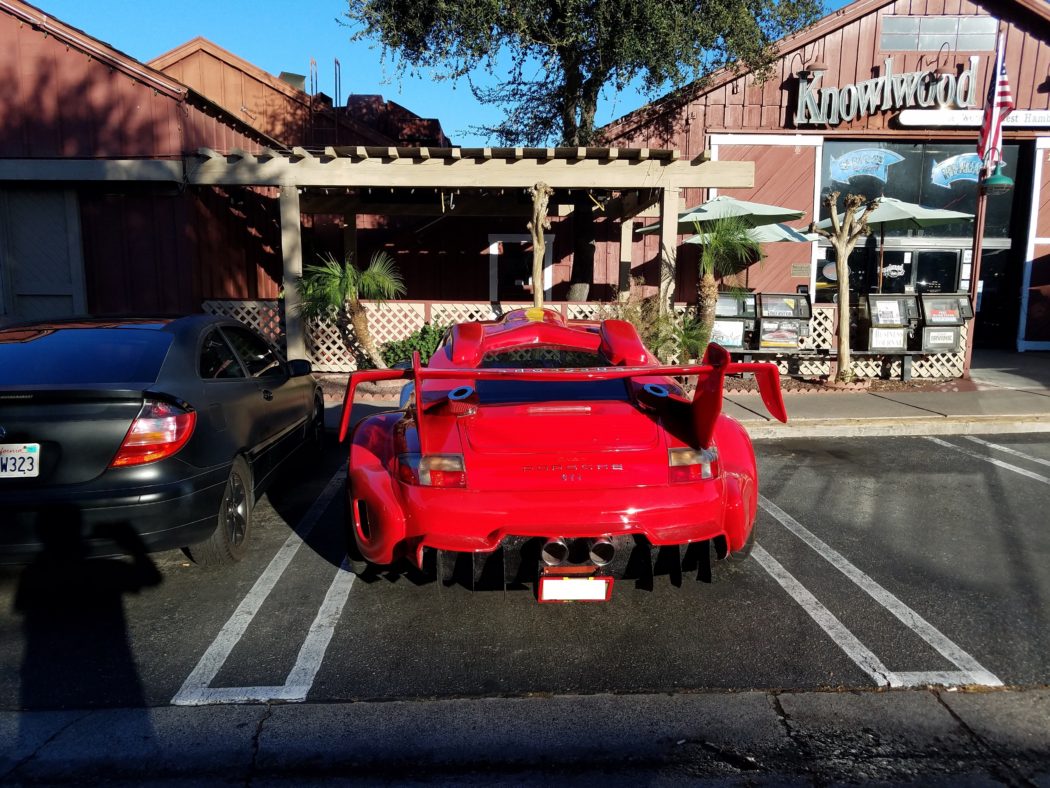 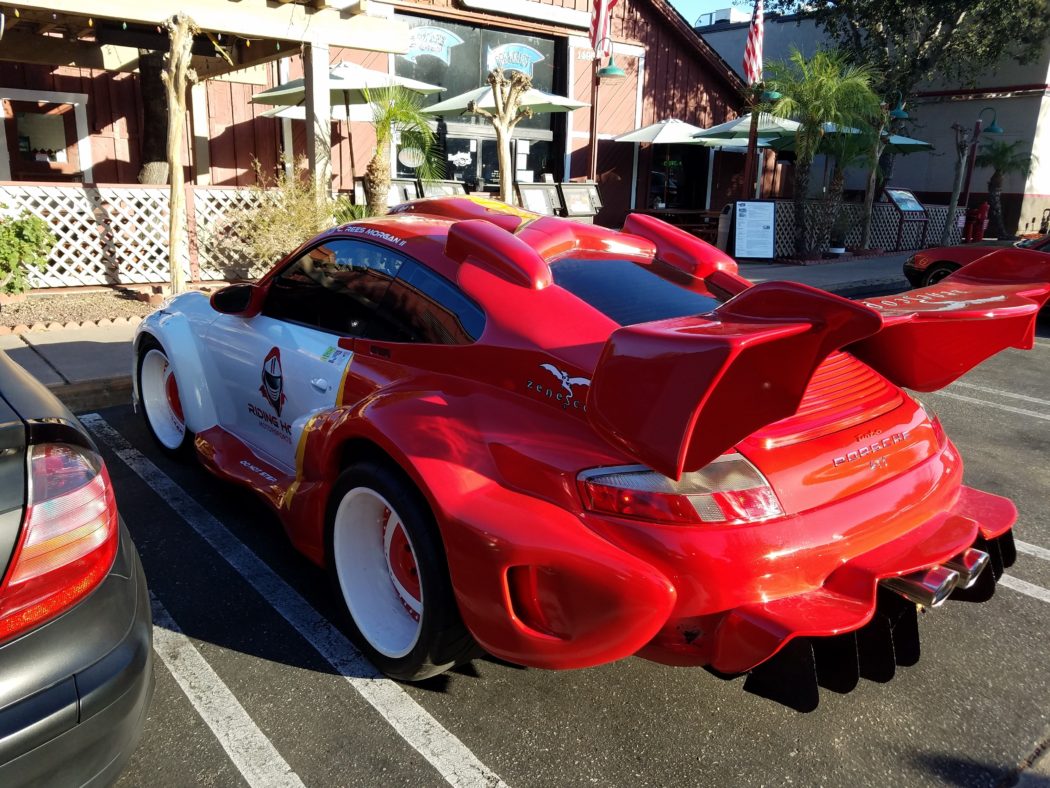 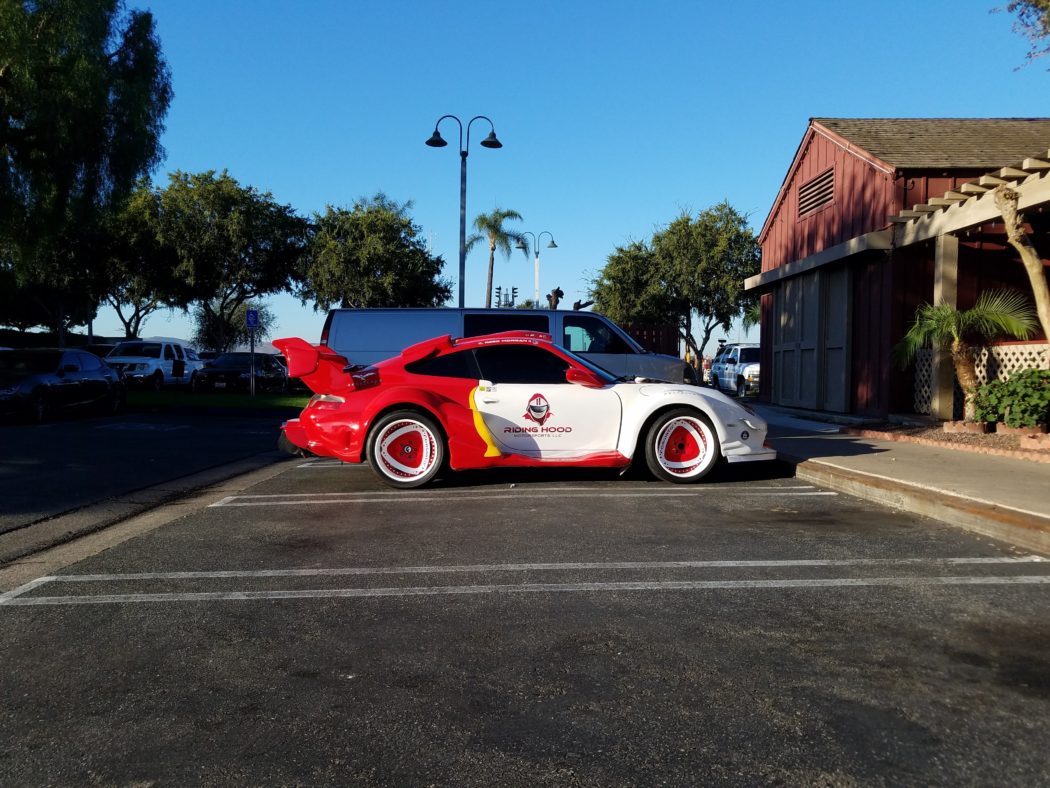 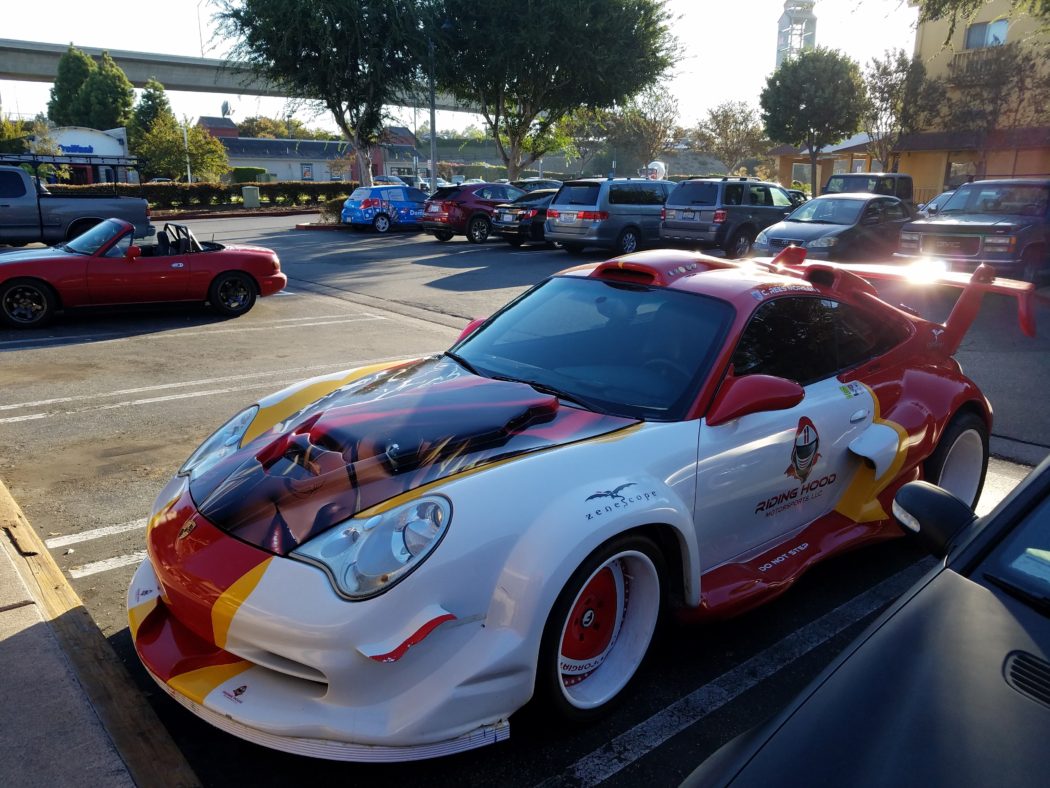 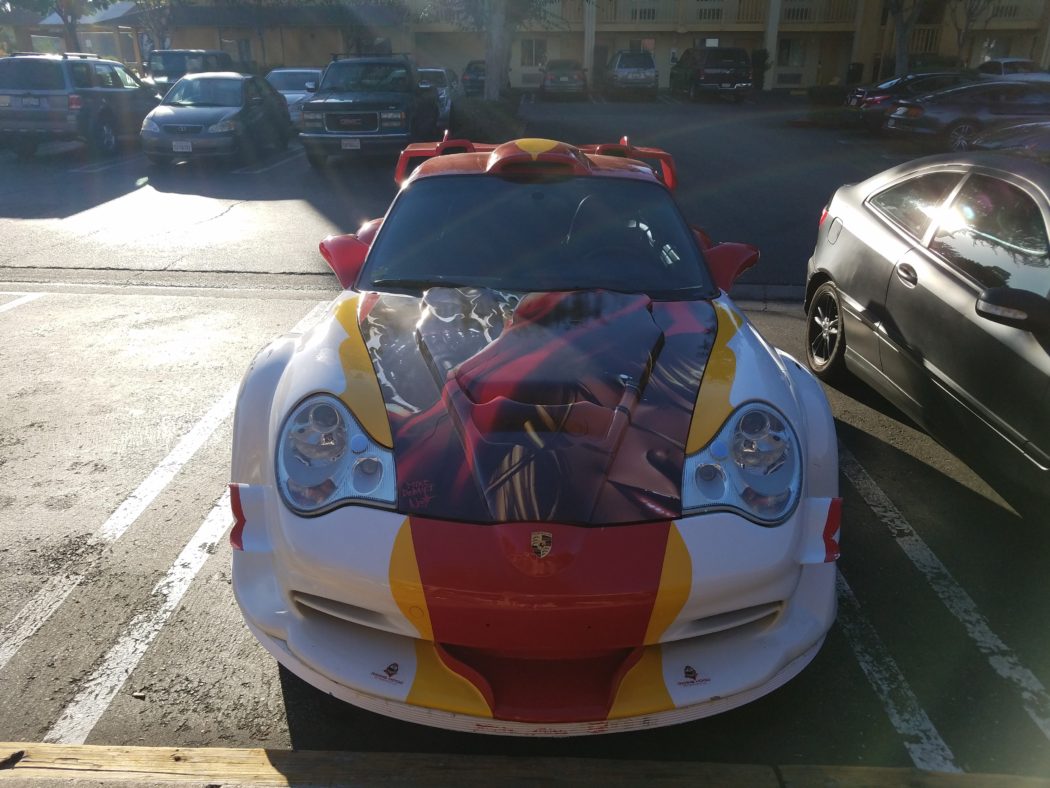 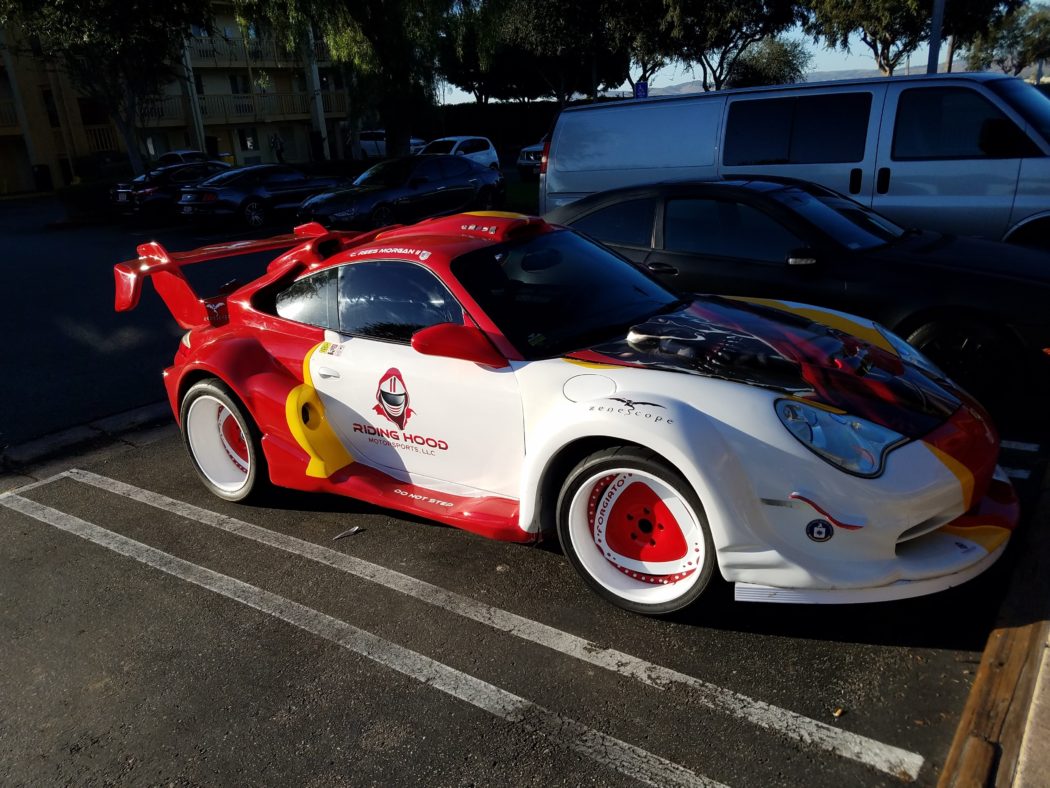 The first generation of water-cooled Porsche 911s – known by the chassis code 996 – doesn’t get a whole lot of love from either casual or serious Porsche fans. We can argue about why that is (the Boxster derived styling and engineering, the well-known issues with the engine’s intermediate shaft bearing, and so on) ‘til the cows come home, but the fact remains that these turn-of-the-century Neunelfers just aren’t in high demand and, thus, aren’t really worth much money. And when a car – even one that was pretty expensive and exotic when new – depreciates to the point where just about anyone can afford it, the higher the probability that the next owner is someone who will do something, um, “interesting” with it…like turn it into the horror show you see here.

Thanks to some eagle-eyed Reddit users, the whole world now knows about this…thing that appears to be an homage (if that’s the right word) to Little Red Riding Hood. However, while the theme and some of the smaller details like the Forgiato wheels and a Central Intelligence Agency sticker on the right side of the front fascia are amusing, it’s the homebrew body mods – consisting mostly of foam and body filler, with what appears to be plywood thrown in here and there for good measure – that steal the show. It’s kind of like a latter-day Porsche 935 as drawn by the crayon of a 5-year-old…just before naptime…while on peyote.

Don’t get us wrong; it’s clear the owner/builder put a lot of work into this project, and people are certainly free to mod their cars to suit their tastes. Having said that, though, we can and will reserve the right to let you and your whip have it if those custom touches offend our (and most rational, civilized human being’s) sensibilities. And if you don’t want to be subject to such interwebular shaming, well…there’s a way around that.