VIDEO: Porsche 911 GT2 RS Gets Wrung Out on the Track 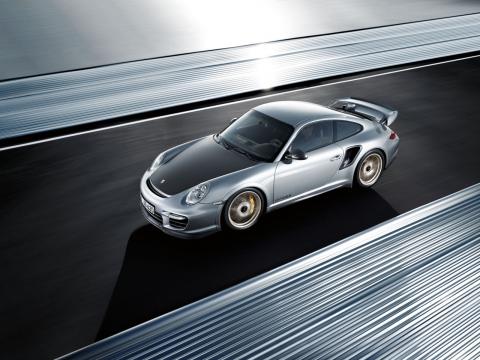 For all the grief that Porsche gets for building such, erm, untraditional vehicles as the Cayenne and Panamera, the company deserves a big pat on the back for still keeping core models like the 911, Boxster and Cayman in its portfolio. And while many examples of those models are purchased mainly for the looks and the badge, there are still people out there who buy Porsche’s core models for driving enjoyment.

For these non-posseurs, Porsche makes a handful of truly hard-edged models, none more so than the current ruler of Zuffenhausen’s performance roost, the 911 GT2 RS. It’s one thing to read or hear this thing’s numbers bandied about: 620hp, 3,020 lb., 0-60 in 3.4 seconds, 205 mph top speed, only 500 copies made worldwide, blah blah blah. However, it’s another kettle of fish to see those numbers in action, so grab some tartar sauce and feast your peepers and ocular receivers on the video after the jump.

If you’re wondering who the Scotish chauffer is, that would be one Gordon Robertson, head of Porsche U.K.’s Porsche Experience Centre at the famous Silverstone Circuit, which just so happens to be the setting for the video. If you call Great Britain home, you can enter to win a chance to drive a GT2 RS there yourself, with Mr. Robertson as your sensei.

Of course, if you haven’t driven a Carrera GT, your butt dyno won’t know for sure if the new König des Porsches is in fact as fast as that vaunted stillborn Le Mans racer-turned-street-legal projectile. But just hearing that twin-turbo flat-six barking away in what would be the trunk of just about any other car, rowing through the gears of the 6-speed manual and stomping on those carbon-ceramic brakes would still be fun.