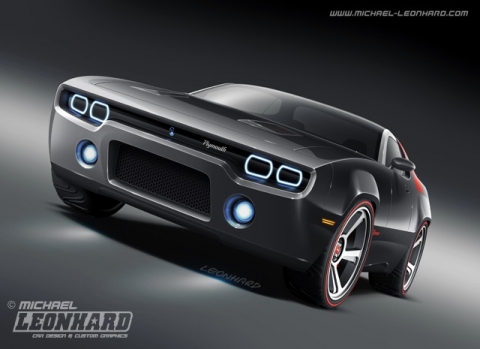 Michael Leonhard is an independent artist from Austria who has his own vision of what a resurrected Plymouth Road Runner might look like today. He was so enamored with the prowess and heritage of the early 1970s versions of this car that he decided to show us what the future might hold. Unfortunately, Plymouth is no longer a viable brand. However, that doesn't diminish from the compelling vision of this artist.

The Plymouth Roadrunner Concept featured here shows us an aggressive and highly stylised front end featuring a massive grill, hood scoops and tinted headlights that only appear when engaged. The rear of the car has two large exhaust pipes, a large air diffuser and similar stealth LED taillights.  The car rides on a staggered wheel set with 20s in front and 22s in back. Other notable features are the low-slung roof and large wheel arches that give it a formidable stance. Leonard envisions the power plant options to include a 5.7-liter, 6.1-liter or 7.0-liter engine mated with either a six-speed manual or six-speed automatic transmission with paddle shifters. 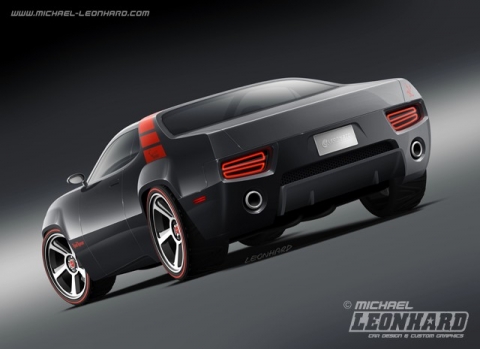 Michael Leonard wrote a description of his work which has been provided below. There is also a short video of the Plymouth Road Runner Concept car. 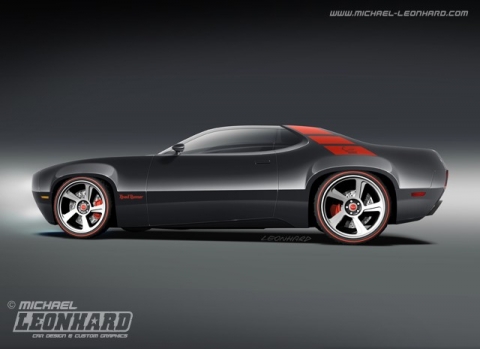 I think it's difficult and a tight task to bring back a trademark that has vanished into thin air. Especially nowadays where competition is tougher than ever in the automotive industry. And so it may be for Plymouth – a brand that dissappeard and left memories for having built great classics and muscle cars.

The most noted Plymouth car ever may be the Road Runner. For a possible and effective relaunch of the Plymouth brand a reissue of the Road Runner could fit the bill. Overall it means the transfer of remaining memories and spirits of a car brand from yesterday into the future. Directly tieing up on a point when Plymouth achieved success (like back in the late 60s, beginnning of 70s). And that's why I decided to choose the Road Road Runner name for a re-launch of Plymouth. A bird and brand rising again like phoenix from the ashes.

The concept takes most of it's cues from the Road Runners of the years '71 and '72. In combination with modernized and futuristic shapes, but keeping the character of the original car. The front looks dramatic and mean thanks to a headlight section made of tinted glass. Headlights only become visible when they are turned on. The same goes for the Roadrunner Logo in the center that is now illuminated. The big grille opening provides plenty of air for the radiator. The hemi-powered monster gets rid of hot air the other way round through the typical hood scoops. The side view is characterized by a dramatically dynamic shape with a low roof line, high belt line, square-molded wheel-arches and big magnesium five spoke wheels (22 inch rear, 20 inch front) combined with red line tires.

The powerful looks continue on the rear with a big diffusor for improved road grip and a dual exhaust system. The taillights are styled to match the headlights and become visible when turned on. To a big part the roof is made of glass except the A-pillars made of aluminium. The C-pillar becomes a dominating design element on the roof section and carries the typical interrupted Roadrunner grafics. The color of choice for the body is Curious Yellow and Triple Black. The noise when honking the horn? "Beep-Beep" of course!