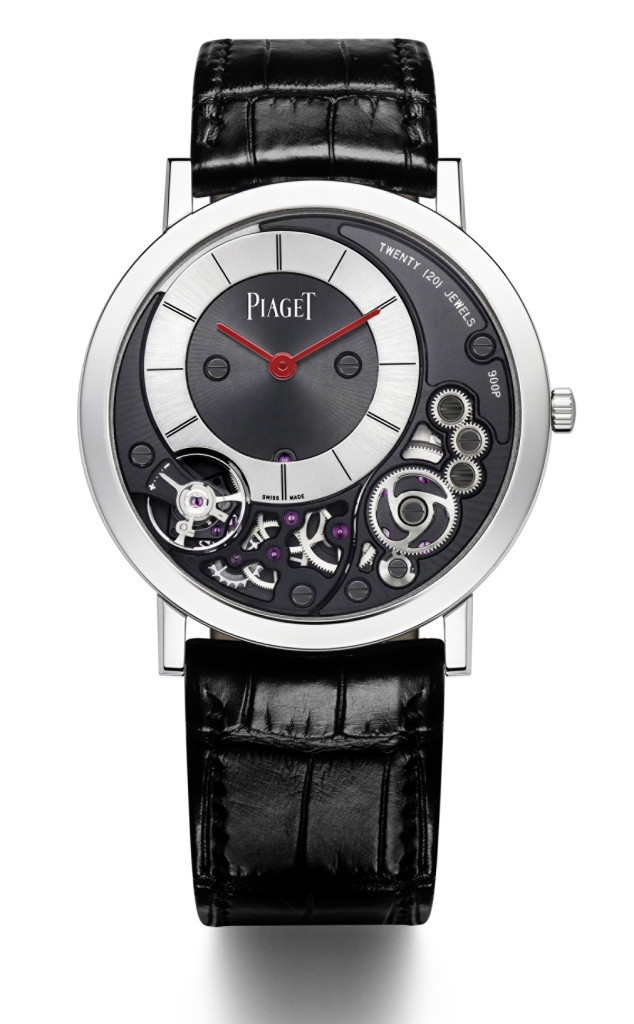 Two weeks ago we showed you a one-of-one custom watch Louis Vuitton created for the Only Watch charity auction coming up in November. Of course, for an event of Only Watch’s scope, there are many other watchmakers and design houses offering special timepieces for the sale. One of them is Piaget, who decided to tell its watch designers and craftspeople to put their work on a diet. 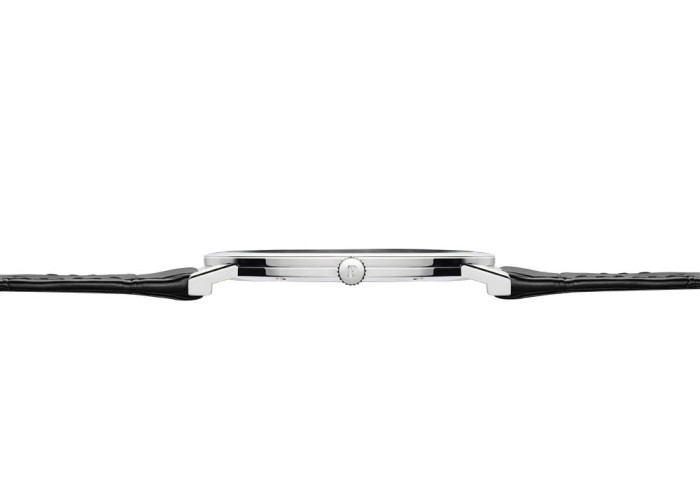 The Piaget Altiplano 900P, as it has been named, is claimed to be the thinnest hand-wound mechanical watch ever made. The 20-jewel movement (which features a 48-hour power reserve) partly overlaps with the back of the 18 karat white gold case, which allows for the staggeringly slim profile. The black band contrasts quite nicely with the white gold case, dial, gears and other components. Piaget hasn’t given any indication how much money it expects the watch to bring, but we’re guessing it’s going to be a pretty princely price. 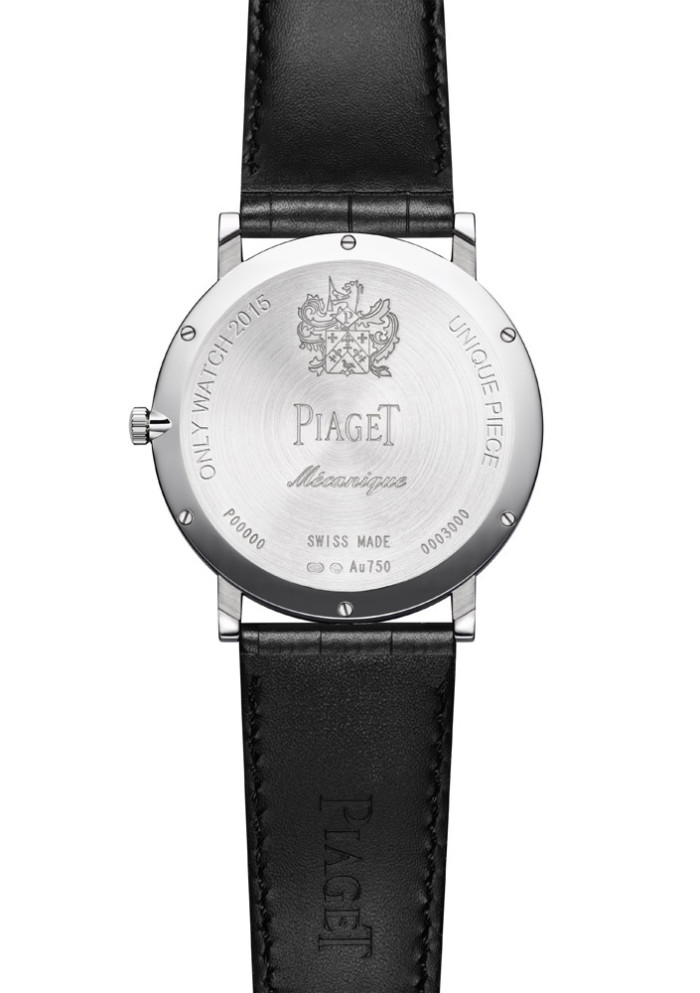