PhantomAlert provides software that can be loaded onto various GPS navigation devices from manufacturers like TomTom and Garmin, to provide real-time alerts when one is approaching known fixed red light and speed cameras locations along with mobile speed traps and DUI checkpoints. PhantomAlert works off a database of user generated updates that provides a comprehensive listing of intersections and streets where police and their various dragnets have been spotted.

Subscriptions can be purchased on a monthy basis for $9.99, a yearly basis at $39.99 or a lifetime of updates for $99.99. It also looks like a download for the Apple iPhone will be available sometime very soon, but we don’t know a date or what the price will be at this point. 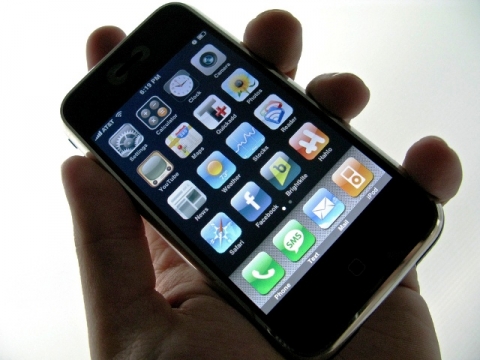 This software adds to the growing list of tools available to the public to avoid tickets and costly fines. Radar detectors have even started to incorporate databases of known red light cameras and speed cameras into their GPS-based alert systems as well. However, in many places, like Washington DC and Virginia, these are outlawed. So, until now many people have been resorting to special license plate disguising tools like the PhotoBlocker™ Spray, The Reflector™ Cover and PhotoShield™ Cover from companies like PhantomPlate.

We don’t condone speeding, running red lights or dodging DUI checkpoints but we agree that red light cameras and speed cameras are spreading like wildfire and turning the nation into an ever growing police state with driver’s constantly on edge. And no, I’m not a paranoid conspiracy theorist. Just watch the behavior of folks as they approach intersections with these types of cameras. They either slam on the brakes (for both red light and speed traps) and almost get rear-ended or they floor it as soon as the light turns yellow (for red light cams). 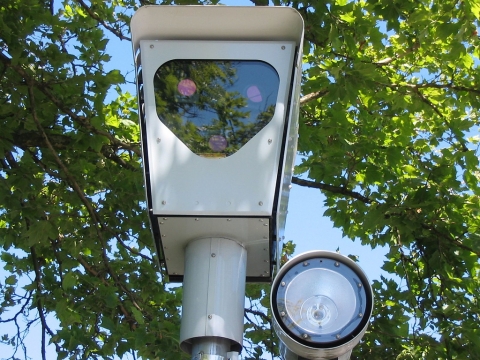 And actually, the statistical data backs up this non-scientific evaluation. Every independent study that has been performed has shown that intersections that have cameras are more accident prone. Even the state of Virginia, one of the most aggregious users of these cameras, found in a DOT study that these “cameras are correlated with an increase in total crashes of 8% to 17%.”

DC Police Chief Cathy Lanier recently told the Examiner, “I think that’s the whole point of this program,” referring to PhantomAlert, “It’s designed to circumvent law enforcement — law enforcement that is designed specifically to save lives.” The greater D.C. area has 290 red-light and speed cameras mounted all over town. The photo radar cameras alone brought in over $1 billion between 2005 and 2008. Did they save lives? Probably not. Did they fill municipal coffers? Yes. The fact that photo cameras generate so much revenue is testament that for those who consistently speed and run red lights, this is obviously not a deterrant. And for the rest of us, it’s a huge distraction that is just one more thing to take your mind off driving.

And if the point is to get people to slow down, isn’t PhantomAlert doing just that? So, at the end of the day, this is a money game for state and local governments who are in need of ever growing budgets to stay afloat. The age of automated, robotic machines deciding our fate is here and as the economy worsens look for more and more of these things to keep popping up. But thankfully, tools like PhantomAlert are evening out the playing field.