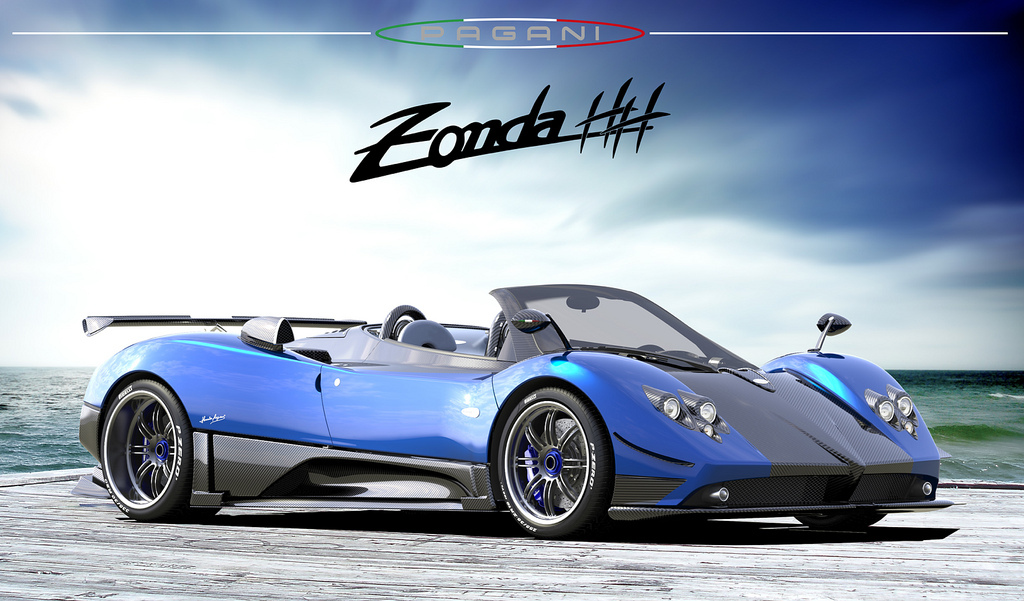 It’s hard to believe that, less than 15 years ago, most car buffs had never heard of Horacio Pagani. But when he unleashed the first supercar bearing his name (the angular, Mercedes-Benz V12 powered Zonda C12) upon the world in 1999, most petrolheads (and more than a few non-petrolheads) became accutely aware of the Argentinean designer and his work. Now, the last lines of the original Zonda’s chapter in Pagani history are being written, but not before one last bombshell.

You see, there’s an anonymous U.S.-based supercar collector who wanted a Zonda that is uniquely his (Rumor has it he will keep the car in Switzerland, since the Zonda is not street legal over here.). The result of his consultations with Mr. Pagani and his team is rendered here before us, wearing the name Zonda HH. No, we don’t know what the extra letters stand for either (Hugh Hefner? Hubba Hubba? Hyperventilating Hippopotami?). 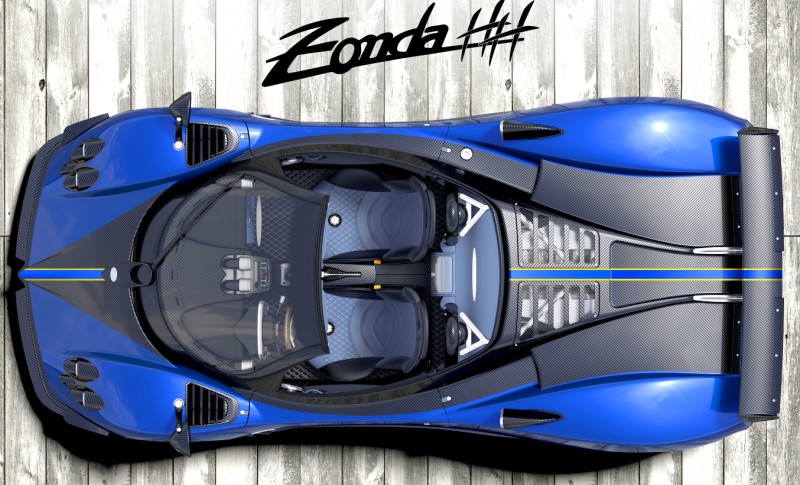 At any rate, the Zonda HH is a sort of four-wheeled greatest hits album. The 680hp engine from the Zonda Cinque will breathe through the Zonda R’s ceramic-coated titanium exhaust system and be mated to a 6-speed manual transmission, a rare, if not one-of-a-kind, combination. The stylish roadster body will feature some Zonda F styling cues, including the front bodywork but not the F’s air scoop because the owner feels it’s “a little much!” And it will be painted in a Lamborghini shade called Monterey Blue (or a close approximation thereof). 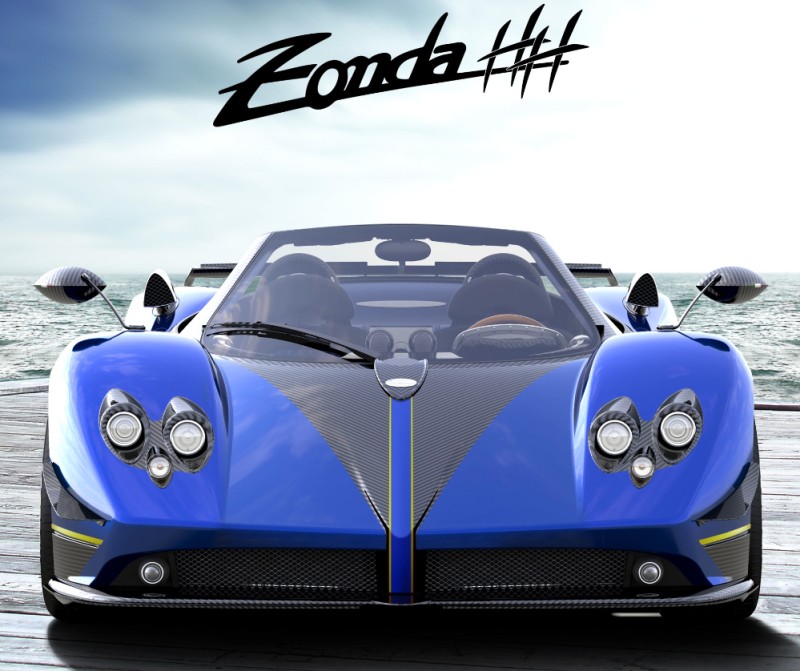 The owner has told his fellow Internet forum users that, unlike most Pagani owners, he will drive his very special creation often and has no intention of selling it. So while this guy must have quite a bit of money to throw around to be able to order a bespoke Pagani Zonda, we can’t really feel jealous envious since he plans to enjoy his ride in the same manner we would. So – at the risk of subliminally inspiring you to go out and buy a certain brand of light beer – here’s to you, Mr. Mysterious One-Off Zonda Roadster Commissioner.