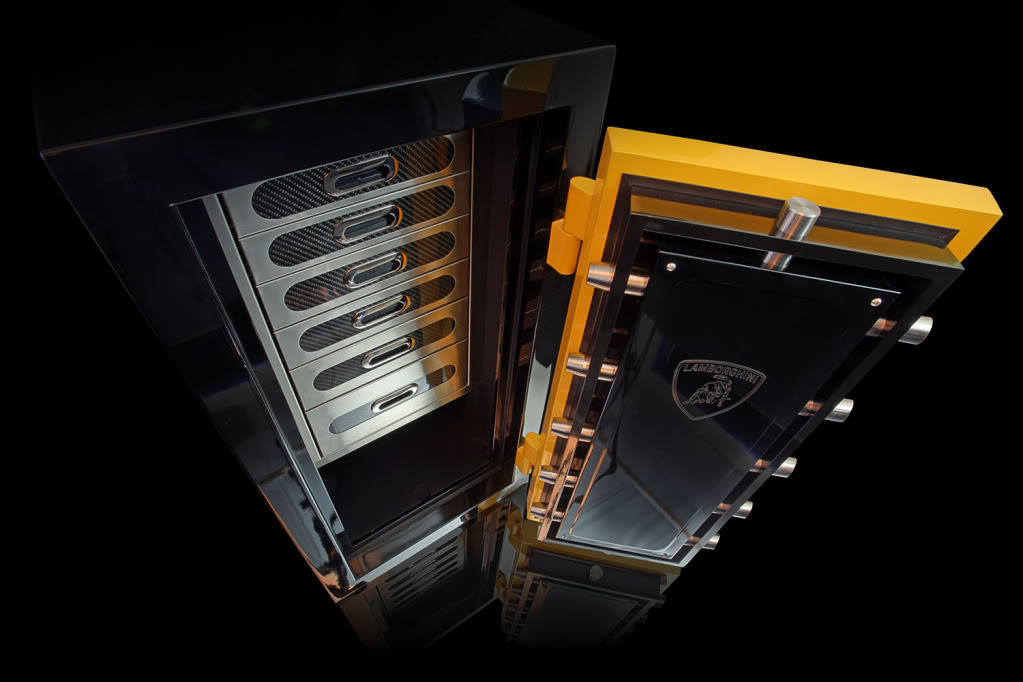 If you stop and think about it, safes are some of the least sexy products mankind has created. They’re boxy and often lack any adornment or anything resembling an actual color. Basically, they are designed to spend their days just sitting there, housing valuable products and shielding them from the one-in-however-many-thousand chance those contents will be assaulted by the likes of theives, fire, and Geraldo Rivera (Yeah, we went there.). Apparently, that wasn’t enough for one fellow.

You see, the chap who commissioned Brown Safe Manufacturing (located in the San Diego suburb of San Marcos) to build the safe seen in these pictures wanted a valuables storage vessel that would match his Lamborghini. Suffice to say, Brown did a pretty good job of capturing the spirit of a supercar from Sant’ Agata (even if they didn’t make the door open vertically; boo hiss). 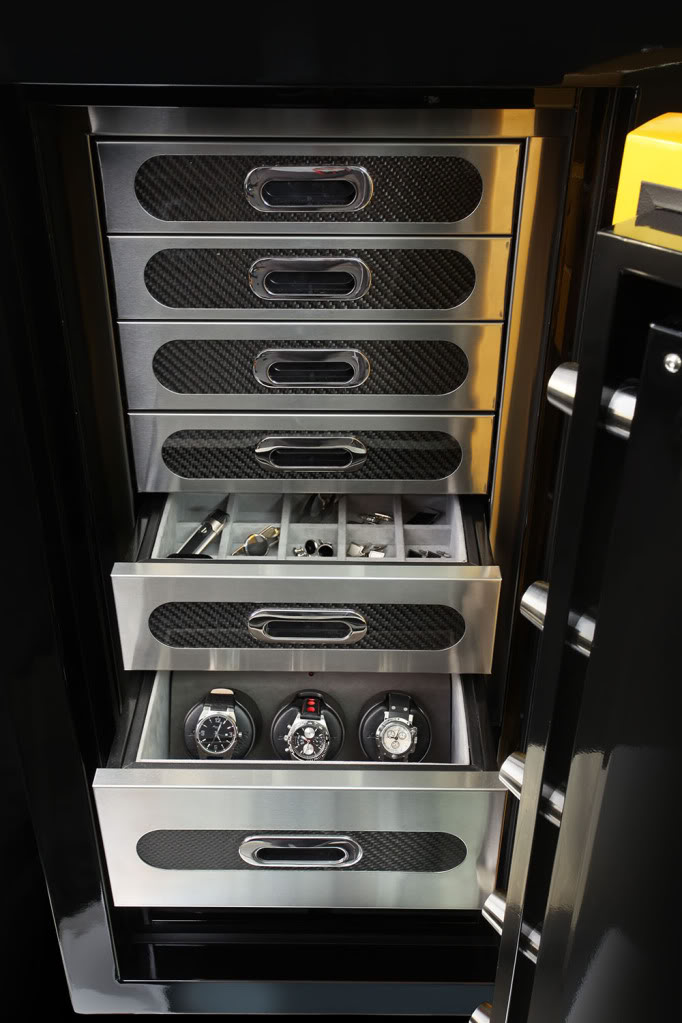 The door is yellow (presumably the same shade as the owner’s Lambo) on the outside, with the raging bull badge on the lock mechanism. The Lamborghini logo is also present on the inside of the door, and the drawers are trimmed with carbon fiber. It’s almost a shame that it’ll spend most of it’s life with the door shut and hidden away in a closet or something (at least, we assume that’s its fate). Perhaps safes are just inherently un-sexy, regardless of design. This one just happens to be less un-sexy than most. 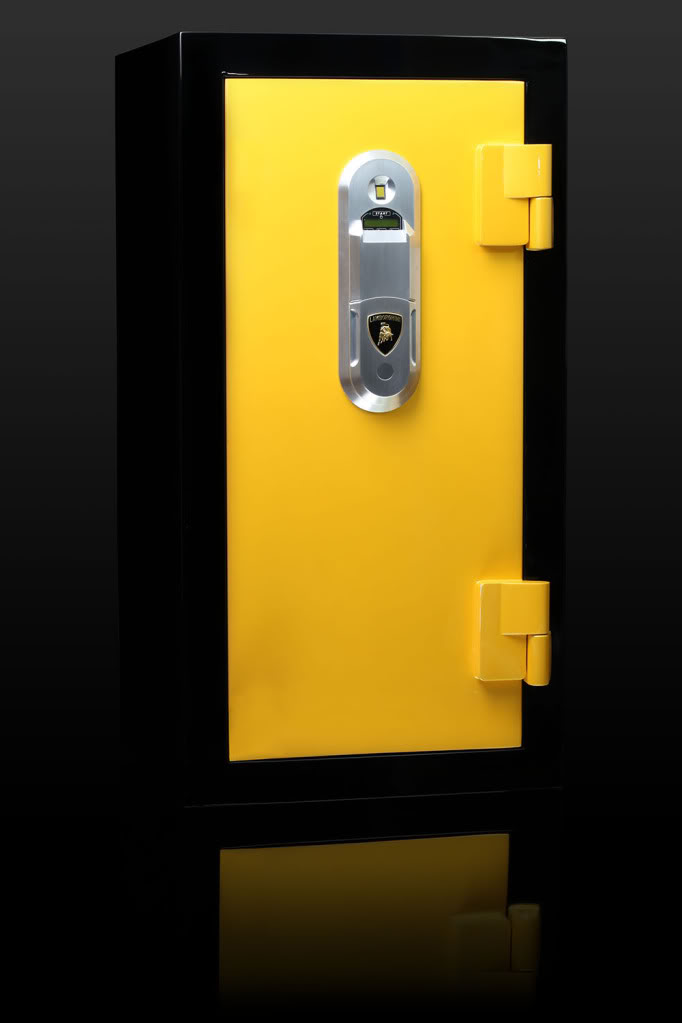 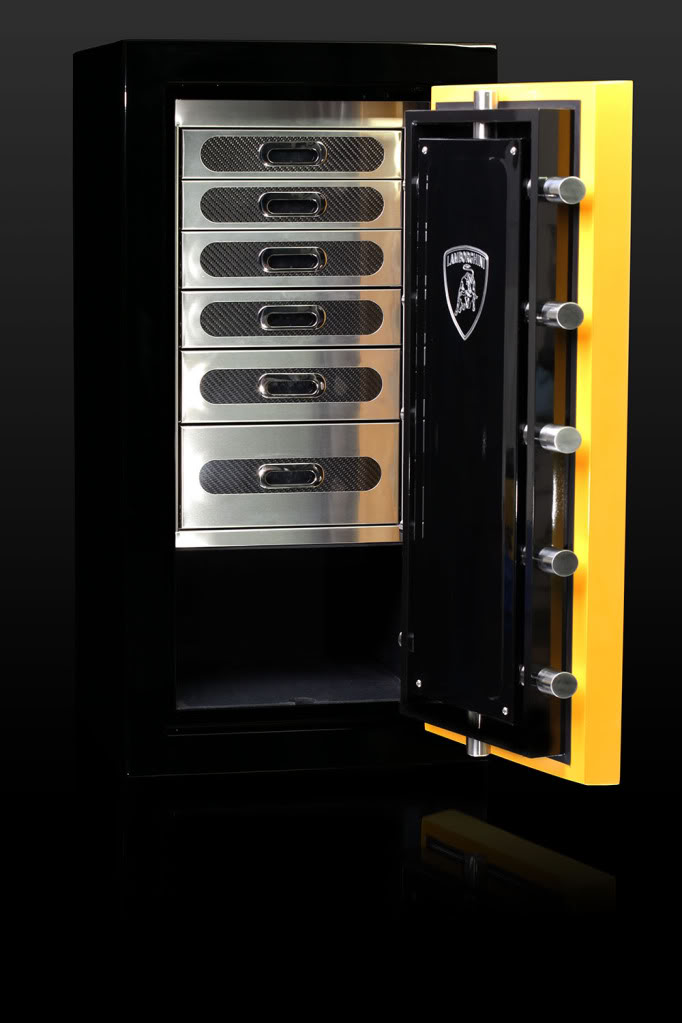 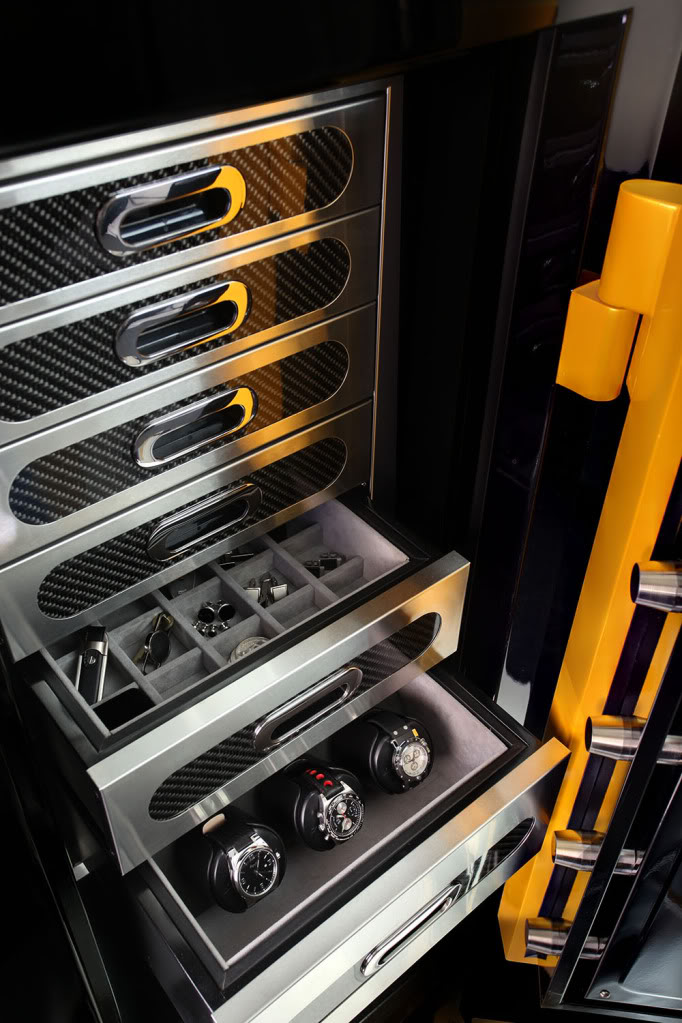