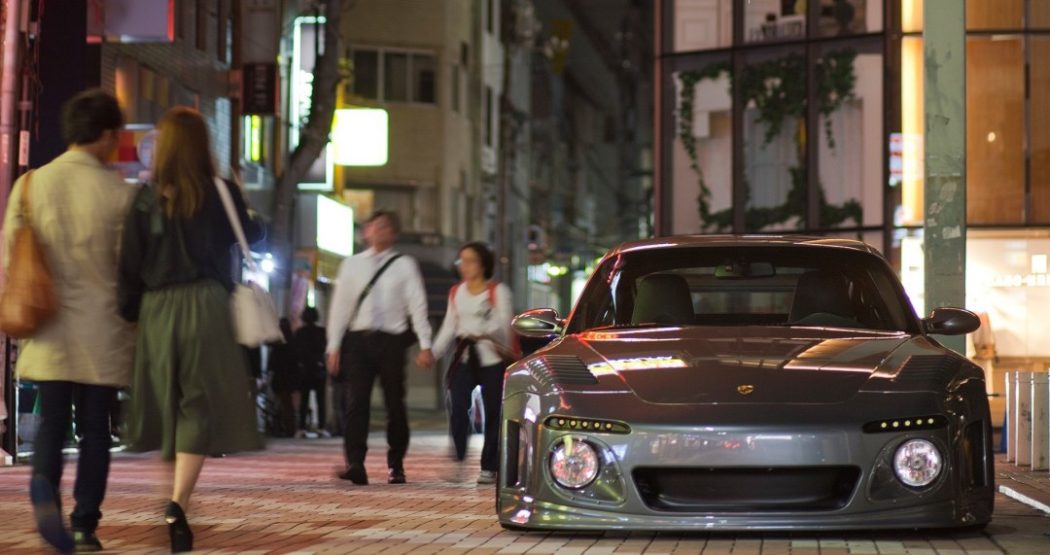 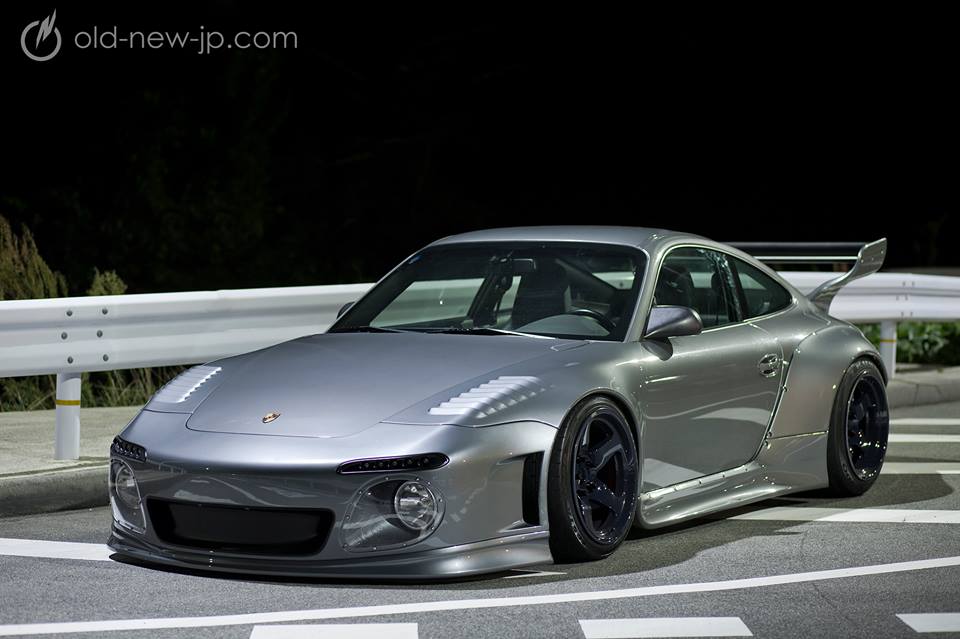 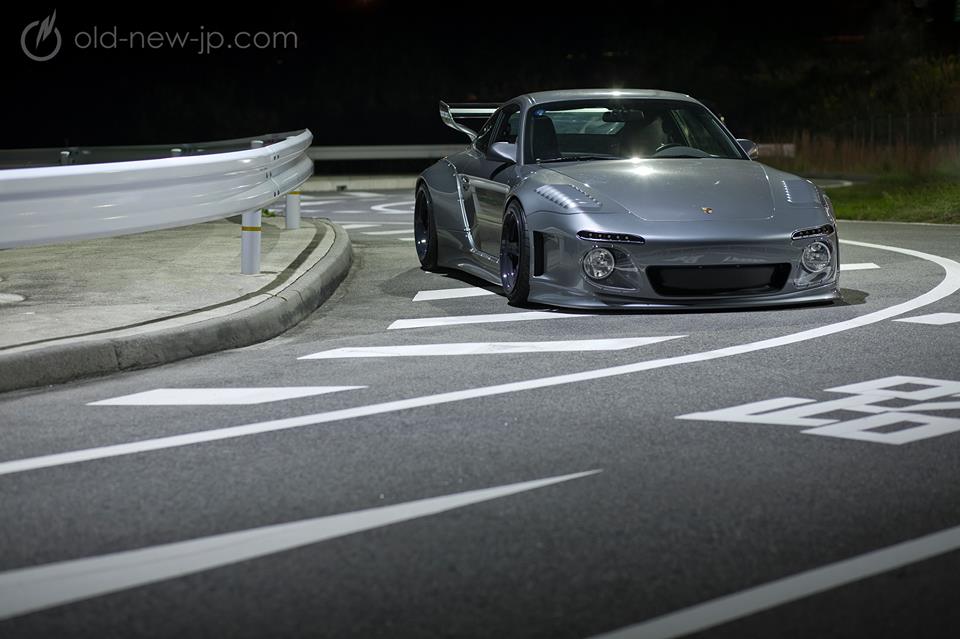 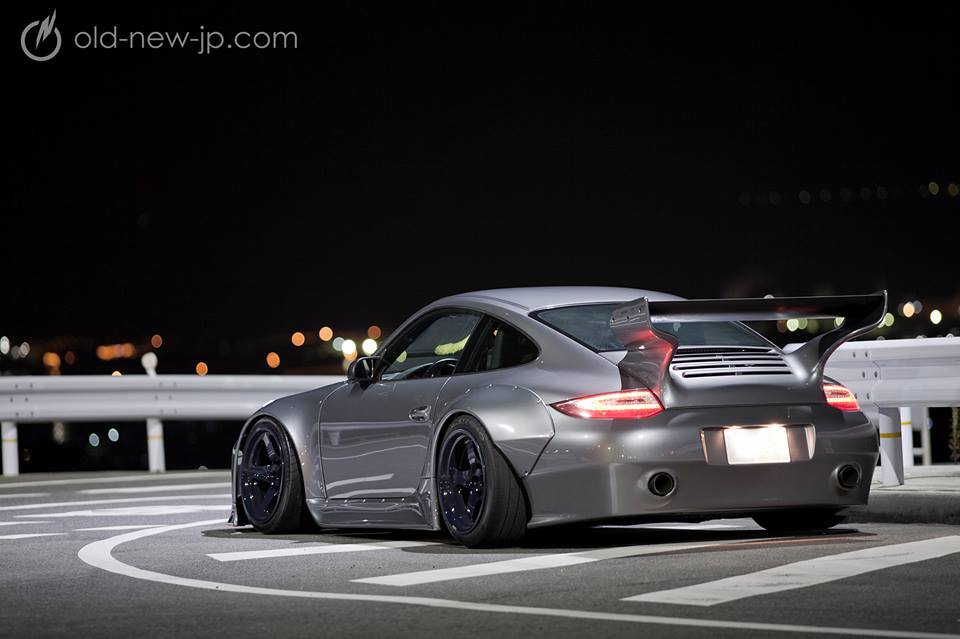 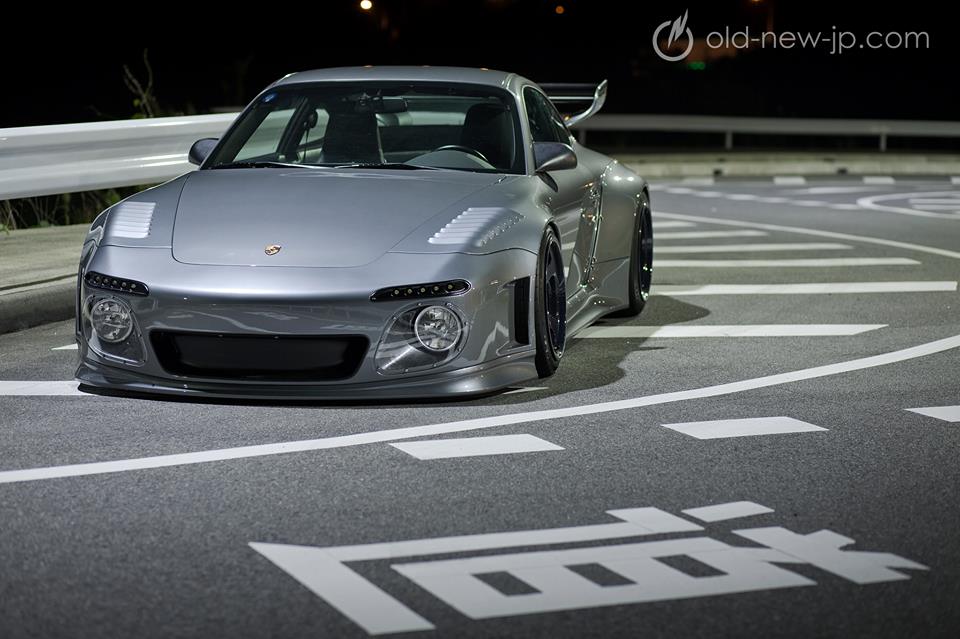 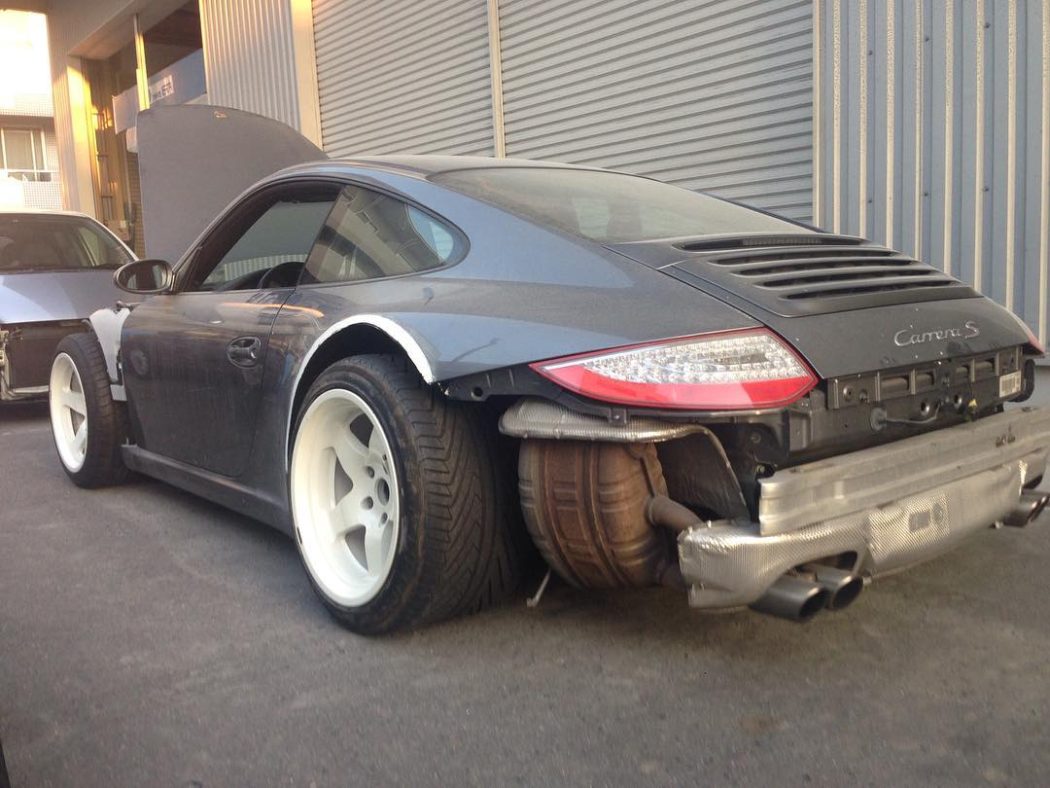 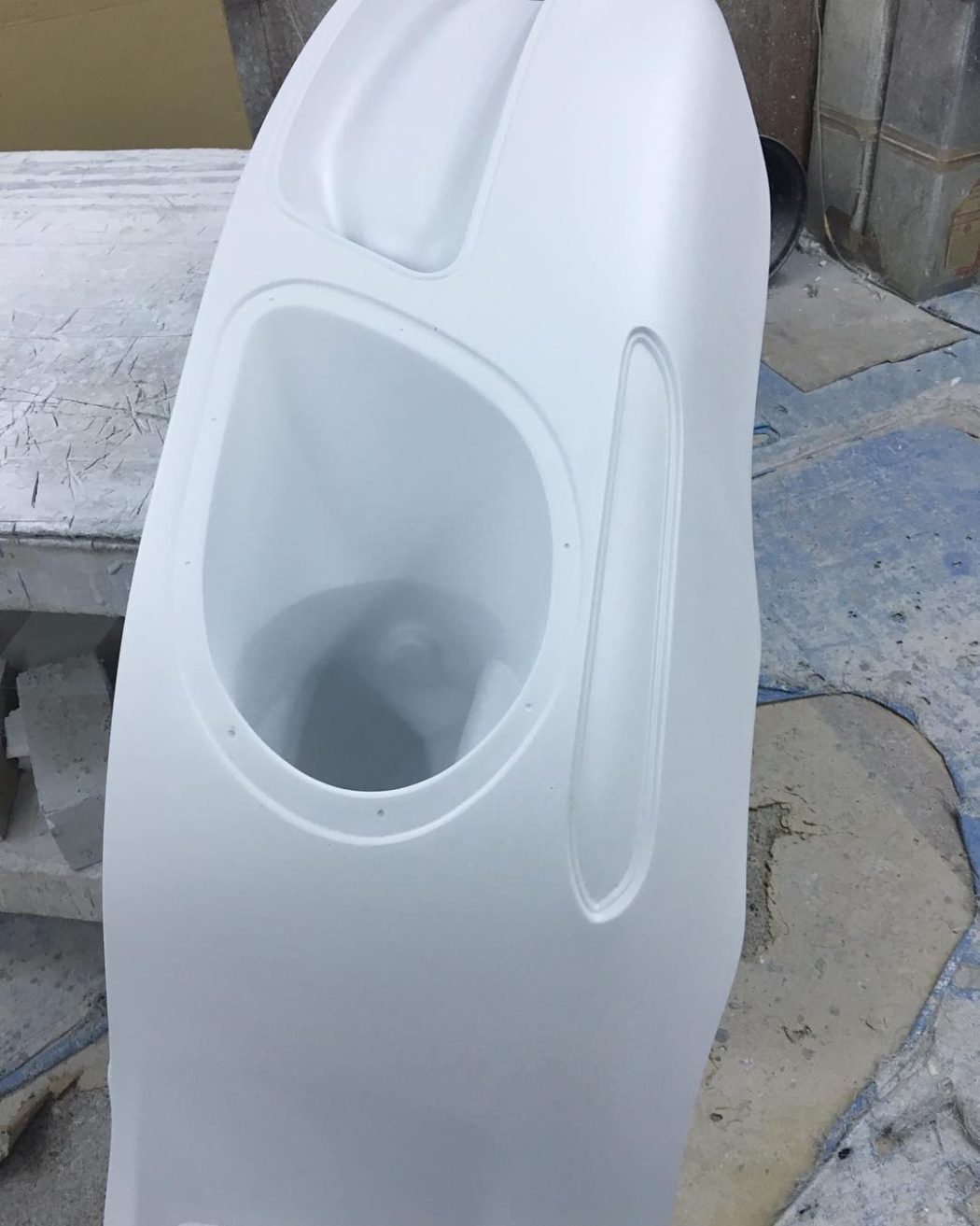 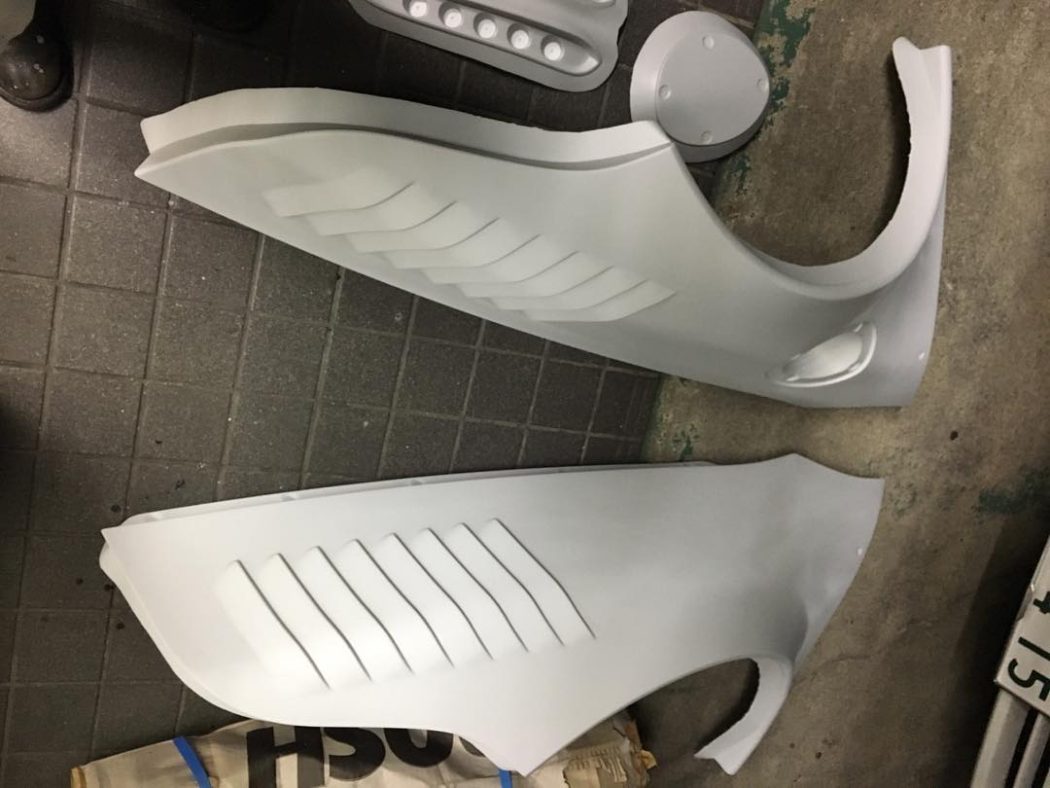 Although the late 1970s and early 1980s were very much the Dark Ages of road car performance, that very same timeframe was arguably the golden age for production-based road racing cars. The FIA’s Group 5 regulations, which were adopted by sanctioning bodies at just about every corner of the globe (including IMSA here in the U.S.), birthed some of the most epic GT racing machinery to ever burn up a track. Big wheels and tires stuffed inside big fender flares teamed with big rear wings to try and tame the big power numbers served up by big naturally aspirated and not-so-big but breathing through big turbochargers engines. The most dominant Group 5 machine was the 911-derived Porsche 935, and now a Japanese outfit called – appropriately enough – Old & New has introduced a body kit to give the late model 997-series Neunelfer an infusion of 935 DNA.

The signature styling cue of the 935 was, of course, its smooth slanted nose, with the headlight humps running back along the fenders deleted and the lights themselves relocated to the front bumper area. The Old & New kit stays true to the original, with flared, louvered and sloping front fenders flowing down to a front bumper containing dual round headlamps below LED indicator/running lights. Widened side skirts and rear flares allow the fitment of bigger rolling stock on the back to go with the fattened fronts, while a lower, simplified rear bumper with cutouts for dual round tailpipes and a towering, 935-like rear wing. If you want this way-cool throwback look for your own 997, be ready to send Old & New 1.55 million yen – about $14,900 at this writing – for all the necessary body parts (You’re on your own for paint and wheels and tires, though.).