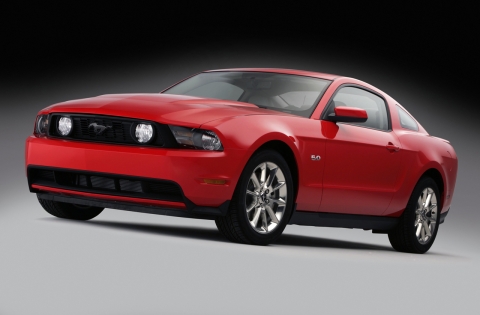 After a couple weeks of embargo breakage, we finally have a nice complement of official pictures and a preliminary press-release on the new 2011 Ford Mustang GT. The big news, obviously, is the 5.0-liter V8 engine making a strong comeback. Putting out 412 horsepower and 390 lb-ft of torque, the new powertrain manages to eke out a small margin of fuel economy improvements over the outgoing model with a 25 mpg rating for the highway. City driving stays the same at 17 mpg. No performance stats have been released but we’d expect 0-60 mph times in the mid-4s, as the 2011 Mustang V6 is good for 4.9 second sprints. The Mustang GT gets 3 new color options including Yellow Blaze Tri-Coat, Race Red and Ingot Silver.

Performance upgrades include 14-inch vented front discs pulled from the parts bin of the GT500 Mustang along with special 19-inch alloy wheels and summer performance tires. More information is sure to emerge closer to the world debut at the 2010 NAIAS Show in January. We’ll be there to post live shots of the 2011 Ford Mustang 5.0-liter V8 from the event. 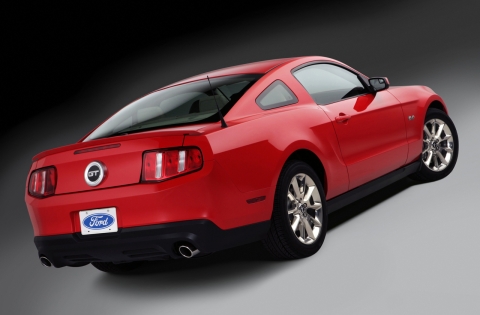