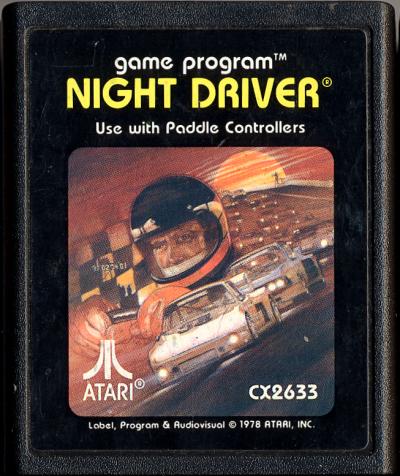 Modern video games are remarkable achievements, and a far cry from their ancestors in terms of sophistication and realism. This is particularly true of racing or driving games; watch a replay in the likes of Gran Turismo 5 or Forza Motorsport 4 and passers-by might ask you which channel you're watching. Turn back the clock to the genre's formative days, however, and it's hard to imagine how even the most powerful imaginations managed to envision those crude congregations of pixels as cars on a race track.

This is not to say, though, that these trailblazing titles aren't worth revisiting. After all, without them there wouldn't be any Dirt 3 or Gran Turismo 5 or Need for Speed: The Run. Hence the reason we're starting this series, chronicling the racing games that helped shape the genre into what it is today. And where better to start than with the first commercially successful and popular first-person-view title, Night Driver? 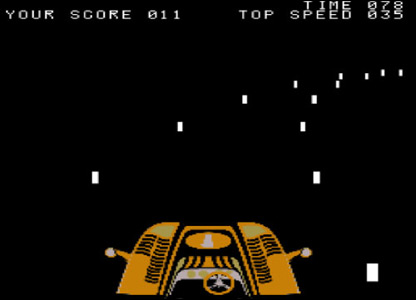 While not strictly the first racing game, or even the first racing game played from a first-person view, Night Driver proved that it was possible to drive virtually from something other than the simple "top-down" view. It was a truly quantum leap when it began showing up in video arcades in 1976. How was it made possible given the downright primitive hardware of the period?

The folks at Atari – the creators of the game – found they could save a great deal of processing power by not rendering a colorized background. Since the lack of color meant most of the screen appeared black, the programmers decided that the game would be set at night. The three (Yes, three!) tracks were bounded by two never-ending lines of small pylons, snaking their way from side to side to represent curves and bends, and the key to finishing (you had no opponents, and only had to beat the clock) was to avoid crashing, which ate up time.

See that crypto Can-Am racer dashboard at the bottom of the screen? It wasn't rendered by the game. It was actually a semitransparent plastic piece of artwork mounted behind the glass of the arcade cabinet screen. This was yet another trick for saving processing power for rendering the track and handful of background objects.

The Night Driver arcade cabinets landed in thousands of video arcades, bowling alleys, pizza parlors and laundromats around the country and around the world. So you can imagine more than a few silicon hoons squealed with joy when noted programmer Rob Fulop created a consumer version of Night Driver for the Atari 2600 console, the Apple II computer and, later, the Commodore 64. Of course, since there's no way to put a dashboard cutout under the screen of your home TV, the home versions (or ports, as they're known in gaming parlance) either made due without a dashboard or utilized a super-crude representation of a vehicle as viewed from behind and above, a vantage point that eventually came to be known (rather derisively) by sim racing junkies as "kite flying." Some of the port versions also added traffic vehicles, creating a whole new wrinkle, though there was still not even a pinch of resemblance to the cover art, which depicted two of the most successful GT racers of the period, the Porsche 935 and BMW 3.5 CSL "Batmobile." 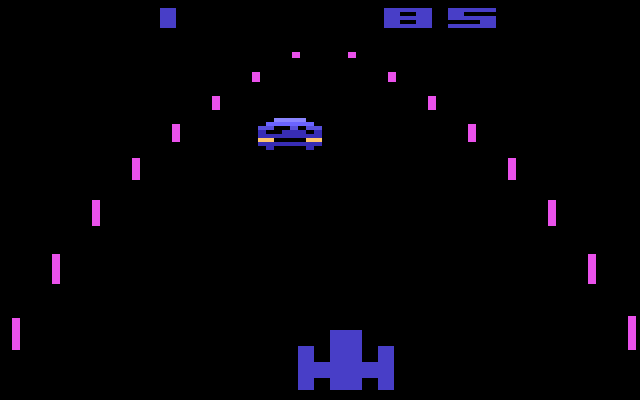 Long story short, Night Driver is a milestone game for its clever embracing of period hardware's shortcomings, but also for literally changing the way most people looked at racing games by moving the player from the bird's eye view to (more or less) the driver's eye view. And as you can see below, racing at night from the driver's eye view has gotten just a bit more lifelike in the last 36 or so years.