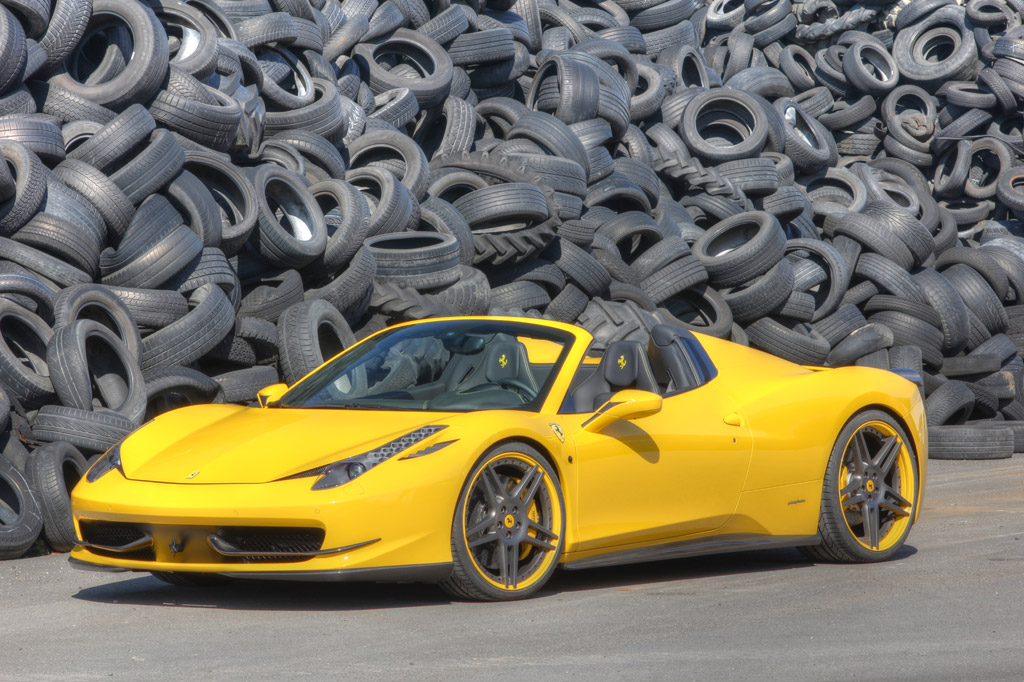 Historically speaking, the convertible versions of Ferrari berlinettas (i.e. coupes) have been heavier, flimsier and altogether wussier than their fixed-roof brethren. Sure, they’re great for enjoying the fresh air (and the siren song of the engine), and they make it easier for people to see who the Richie Rich behind the wheel is. But if you were into performance, you were better off with a coupe.

That changes, however, with the 458 Spider. The stiff structure and remarkably light retractable hardtop mean the performance drop-off versus the 458 Italia is miniscule. Of course, that performance gap could be made smaller still, or even turned into a performance advantage. And that is precisely what Novitec Rosso has done. 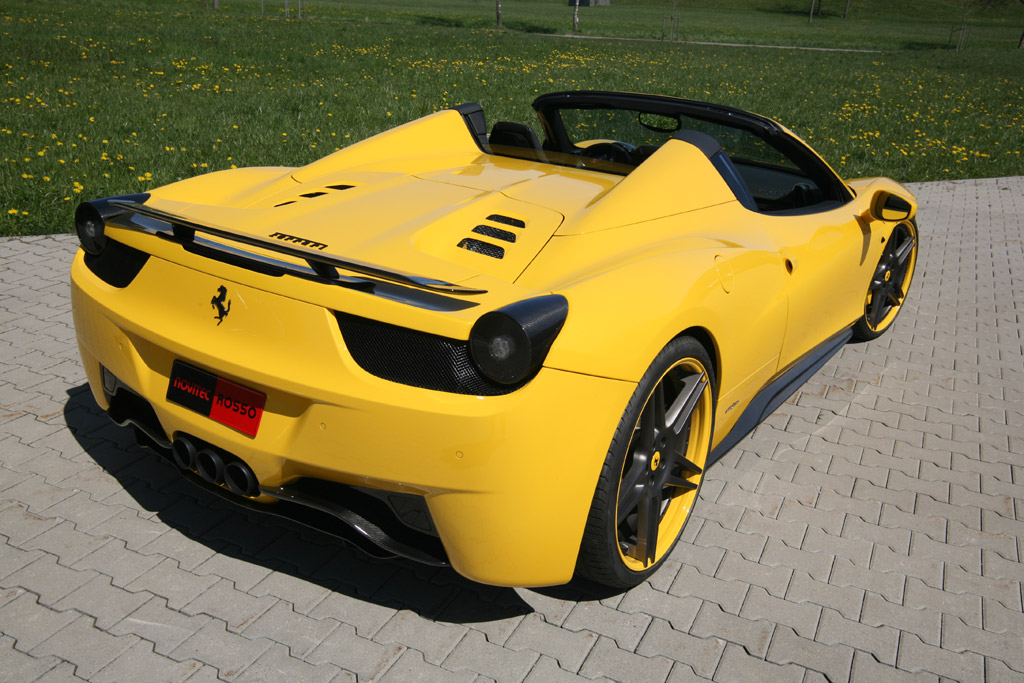 How much performance advantage are we talking? Well, Novitec Rosso says the remapped ECU, carbon fiber airbox and lower-restriction exhaust system made from a Formula 1-bred alloy called INCONEL boost output to 609hp, while torque rises to 420 lb.-ft. The company isn’t saying what kind of acceleration numbers to expect, but it does say to expect a top speed of 202 mph.

That’s a pretty lofty number, but this dynamite droptop should be super stable at that velocity thanks to the Novitec Rosso body kit. The front splitter, front dive planes (which extend the factory original car’s flexible carbon fiber whiskers), side skirts, rear diffuser and rear spoiler were all tested in the University of Stuttgart’s wind tunnel, so all these bits add downforce as well as curb appeal. 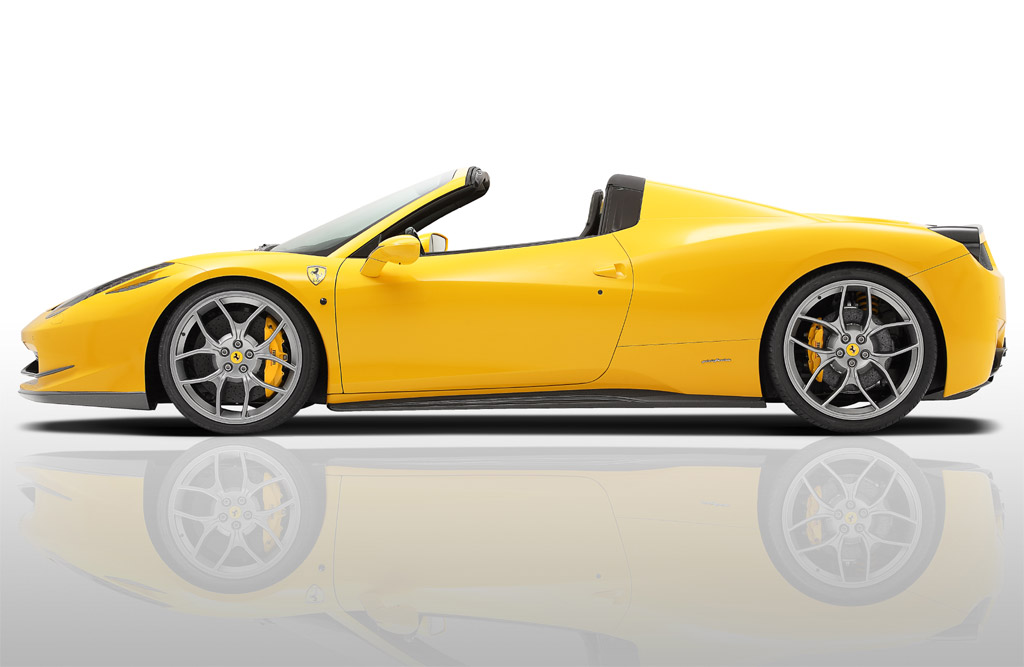 And speaking of curbs, you’ll definitely want to keep the 21” front and 22” rear alloy wheels (available in a plethora of colors and styles) far away from them. At least you’ll rarely have to worry about scraping the front splitter on speed bumps and the like, as Novitec Rosso has fitted an adjustable hydraulic suspension system that lifts the nose by 1.6 inches. Just make sure you’re paying attention to the topography of the road or parking lot, and not ogling the new carbon fiber interior trim bits.